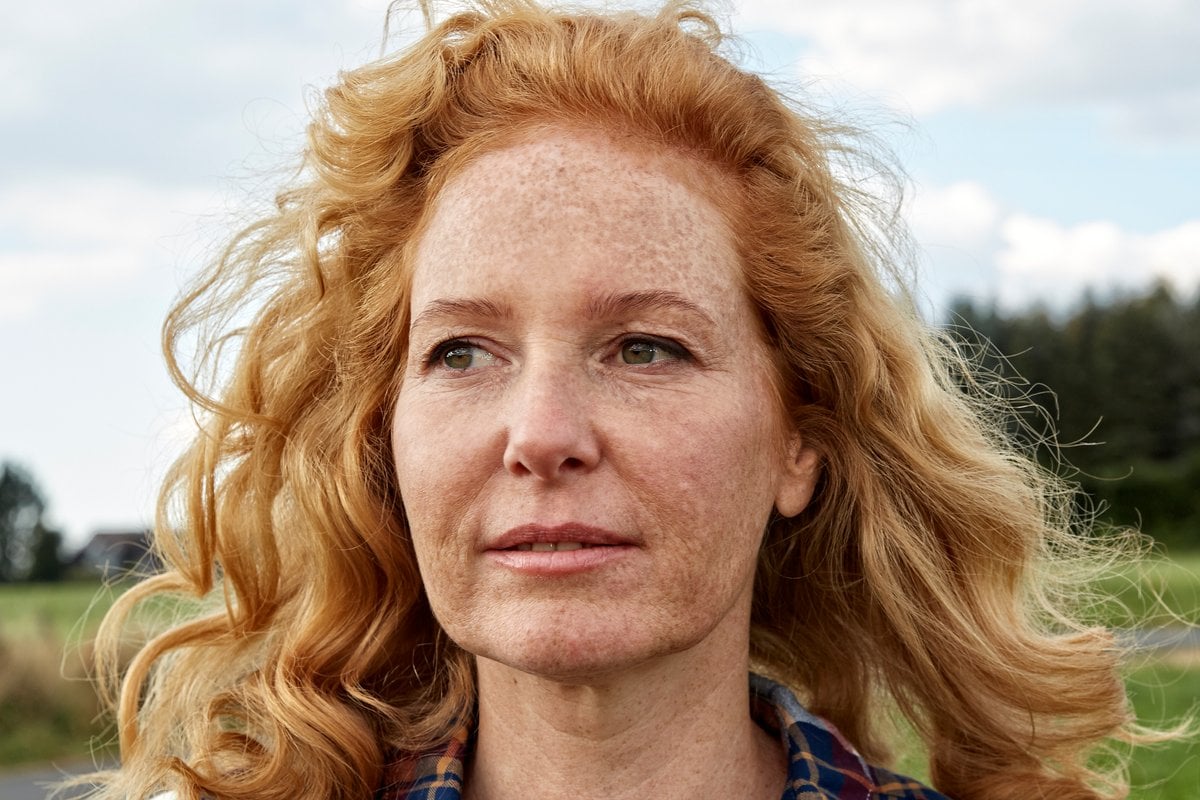 “Kids, can you grab me the thing to do the thing? The one behind that thingy over there!”

I distinctly remember teasing her about her lost nouns once she hit her 40s.

I’m a writer, so I felt safe from that particular fate. But despite the fact I generate words all day for work, it’s happened anyway.

I’ve hit 43 and like many women in mid-life, I’m starting to feel the symptoms of perimenopause  – the 2-10 years before menopause, sometimes starting in your late 30s to mid-40s.

It’s different for every ovary-owning person, but there are often themes that run through the change for many of us  – noun loss and brain fog being one of them. Libido changes being another.

Usually libido loss is talked about for mid-life, but many women actually experience the opposite in their 40s.

For some of us, the surging hormones of perimenopause, and the events that are common in mid-life, can increase your sex drive, at least temporarily.

My libido seemed to increase when I hit 40, just after my divorce, and I’m not the only one. I spoke with several women who found the same thing, including Rebecca who hit perimenopause at 48 and menopause at 50.

Expecting the worst, Rebecca had a nice surprise when it came to her libido during her mid-life change.

“I find that like a lot of divorced women, perimenopause and menopause is a time of sexual rediscovery. Despite physiological symptoms, my libido did not go away – in fact, I would say it roared back to life!”

The most common age for divorce for Australian women is between 40-44, which means many of us are single again just as we begin to enter perimenopause.

New partners can bring a fresh excitement to the bedroom and so can exploring again who you are as a single woman.

One study of 2000 mid-aged Australian women found that “gaining a new partner has a very positive effect” on libido.

But there’s a chance even for those of us in long-term relationships.

In mid-life our hormones begin to fluctuate and drop.

Testosterone is one of the hormones slowly dropping in menopause, but all of them interact and fluctuate in different ways for different people.

A happy coincidence for some of us is that testosterone can become more dominant for a period of time as other hormones drop and change.

This can create a nice boost to your sex drive, if you're lucky enough to get this ‘symptom’!

And catching the lost libido wave down again.

Good things don’t always last though. Only a quarter of women get an easy ride during menopause. The majority of us feel anxious, stressed, achy, hot, and grumpy, sleep-deprived, and more.

As you’d expect, none of those help our libido levels.

Many of us have experienced a similar thing before during our childbearing years. After pregnancy, my libido was certainly nowhere to be seen for a few sleep-deprived years!

Add to that falling estrogen and testosterone levels during menopause (the hormones that make you feel sexy) and it’s no wonder all you want to do is be left alone to put your feet up with a glass of wine and a trashy reality show.

Still, low libido, painful sex, and difficulty climaxing can be distressing and, if you’re suffering from these problems, you don’t need to be embarrassed about asking for help. You’re certainly not alone. It’s one of the most common problems of menopause.

There’s no quick fix. Although you might want to stick to that one glass of wine or less  –  much more than that is hurting your orgasm chances.

More research is still needed in this area, but if your libido has done a disappearing act, specialists and doctors will help you look at lifestyle changes you can make to help you feel better first.

Addressing depression and sleep issues, for example, can make all the difference.

There’s not much research on it, but one small study of 70 women who had difficulty becoming aroused or reaching orgasm showed positive results.

There’s no downside to seeing if it works for you. There are all sorts of toys to try, and experimenting might just bring the spice back into your bedroom.

But what if you’re in a summer’s drought down below?

Menopause usually waits till the near the end (around mid-50s) to throw another not-so-fun symptom in the mix, but it’s seen in many younger women as well.

Genitourinary syndrome of menopause (GSM) or what used to be called vaginal atrophy.

Both awful names, but basically GSM covers the range of symptoms that make your vagina and vulva feel dry and fragile, maybe even itchy or burning, and make sex far less enjoyable.

Health writer Nicky Pellegrino, says in her book Don’t Sweat It: “It’s one of those things we really don’t want to talk about and we really ought to because a solution is very available.”

An international study of over 3000 post-menopausal women found that more than 70 per cent had symptoms of GSM, but very few of them understood what it was or that it could be easily treated.

We really don’t have to put up with feeling dry and uncomfortable down below. There are safe oestrogen creams and pessaries available that get everything lubricated again.

Don’t expect GSM to go away by itself. The earlier you treat it, the better.

Are you experiencing unexpected perimenopausal symptoms? The Very Peri Summit, presented by Mamamia is on demand now! You can purchase it here.