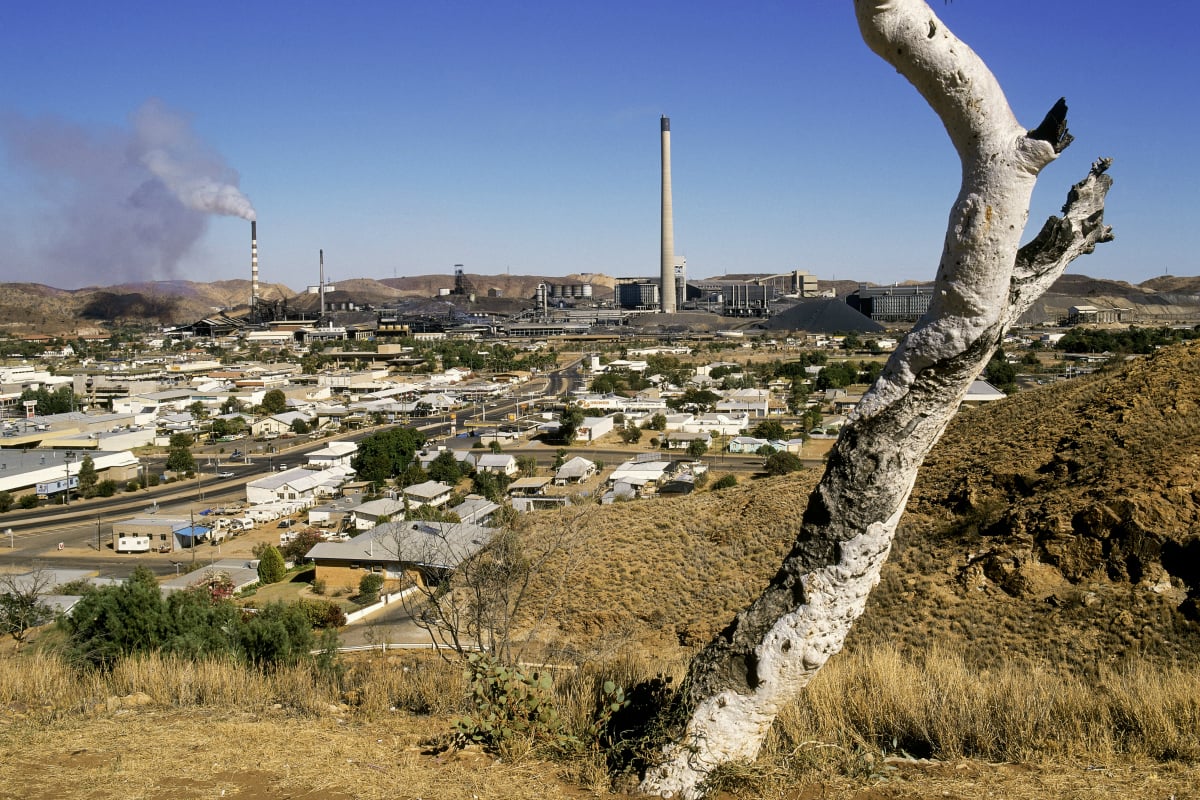 Warning: Aboriginal and Torres Strait Islander readers are advised that the following contains the name of an Indigenous person who has died.

The following contains details of sexual violence that may be triggering to some readers.

The name Anita Cobby is etched into Australia's collective consciousness.

It evokes the black-and-white image that was all over news media; the young, smiling face, gleaming teeth, the beauty pageant sash slung across her shoulder and the tiara resting on top of her brown curls.

Sadly, it also evokes the chilling details of the crime that ended her life.

The 26-year-old was abducted by a group of five men in February 1986, beaten, raped and left to die. It was an attack so shockingly savage that the day it hit the headlines is often described as the day that Australia lost its innocence.

Three years earlier, another Australian woman met a similar fate. Yet few have ever heard her name.

The murder of Patricia Carlton.

Patricia Carlton, an Indigenous woman who lived in the rural Queensland city of Mount Isa, was drinking with friends at a local pub the afternoon that she was attacked.

At 5:40 the following morning — October 1, 1983 — police doing their usual patrol found the 24-year-old unconscious in the carpark behind the Mount Isa hotel. She'd been beaten with a metal pole, and a large stone had been inserted into her genitals.

Patricia was rushed to hospital but never regained consciousness. She died that evening.

Police moved quickly. By that afternoon they'd questioned Patricia's boyfriend, 22-year-old Indigenous man Kelvin Condren, and extracted a confession that he was responsible for the assault.

He was charged with grievous bodily harm and just hours later, once Patricia had passed, with murder.

Kelvin was convicted in August 15, 1984, and sentenced to life behind bars.

As it would later emerge, he was completely innocent.

"I just went along with it to stop the pressure."﻿

The case compiled against Kelvin Condren by Queensland Police hinged on his confession and witness testimony of three of his friends, who reported being present at the scene of the attack on Patricia.

At the committal hearing, two of the witnesses recanted their statements, and alleged that they had been coerced into implicating their friend. One claimed she was intimidated by police into signing a fabricated statement, the other alleged he made false statements after being physically assaulted by police and threatened with a shovel. The third later also claimed that she had been forced into giving a false account.

It was also revealed at the hearing that the investigating police had been invited to attend the November trial of a convicted killer identified as Mr A, who'd told officers in the Northern Territory that he'd murdered an Indigenous woman in Mount Isa in late September 1983. They declined.

He later told a commission of inquiry into his jailing that police struck him over the head with a phone book.

"They kept at me, accusing me and threatening to lock me away in a cell. I was under pressure, shaking with fear and very frightened," he said, according to the NT News.

"Eventually I signed it, just went along with it to stop the pressure."

A forensic anthropologist and criminologist dives into the murder of Patricia Carlton on this week's episode of True Crime Conversations. (Post continues below.)

Kelvin's lawyers launched an appeal, which included expert evidence from a linguistic anthropologist that the transcript of Kelvin's confession was not verbatim. Kelvin spoke Aboriginal English (a formally recognised dialect that's the first language of many Indigenous Australians), yet the confession was entirely in Standard Australian English.

The March 1988 episode heard from witnesses including a Mount Isa pharmacist and his employee who had never been interviewed by police, despite the fact that business adjoined the carpark where Patricia was attacked. They said they had each walked across the carpark after 5 p.m. that evening — one at 5:15 and one at 5:45 — and on neither occasion was Patricia laying there.

That not only contradicted police's assertion that Patricia had been attacked at roughly 4:15 p.m., it demonstrated Kelvin couldn't have been responsible. He was taken into police custody for public drunkenness at 5:47 that evening, roughly 200m from that carpark. He was so heavily intoxicated he could barely stand up. ﻿

The very people who had jailed Kelvin became his alibi.

Those witnesses knew little of the crime during the initial investigation. It had earned barely a mention in the press; crimes against black people were barely considered newsworthy at the time, and many would argue the same is true today.

Kelvin Condren was released from prison in 1990. His conviction was withdrawn, and he was later granted $400,000 compensation by the Queensland Government.

The commission of inquiry into the investigation found police were not guilty of misconduct.

Patricia Carlton's true killer has never been brought to justice.

Mr A later retracted his claims about attacking a Mount Isa woman.

But as Dr Xanthé Mallet, a forensic anthropologist and criminologist, told Mamamia's True Crime Conversations podcast, "He did know details of Patricia's attack that nobody else would have known outside of the police following the investigation. And importantly, he was in Mount Isa at the time," she said.

Dr Mallet said it's unlikely he would ever be charged with further crimes beyond the murder for which he was initially imprisoned given he has since been diagnosed with a severe mental illness.

It was on those grounds that he was never charged with attempted murder for violently attacking a fellow inmate. It has been ordered that he is never to be released.

That Patricia's name is not familiar to most Australians, and nor is Kelvin's, begs the question how many other stories of stunning violence and injustice have gone untold simply by virtue of the victim's skin colour.

Even three decades on, Dr Mallet argues that not enough progress has been made in that regard.

"I still think we are calling for equity in this issue. I do think we've got a long way to go."