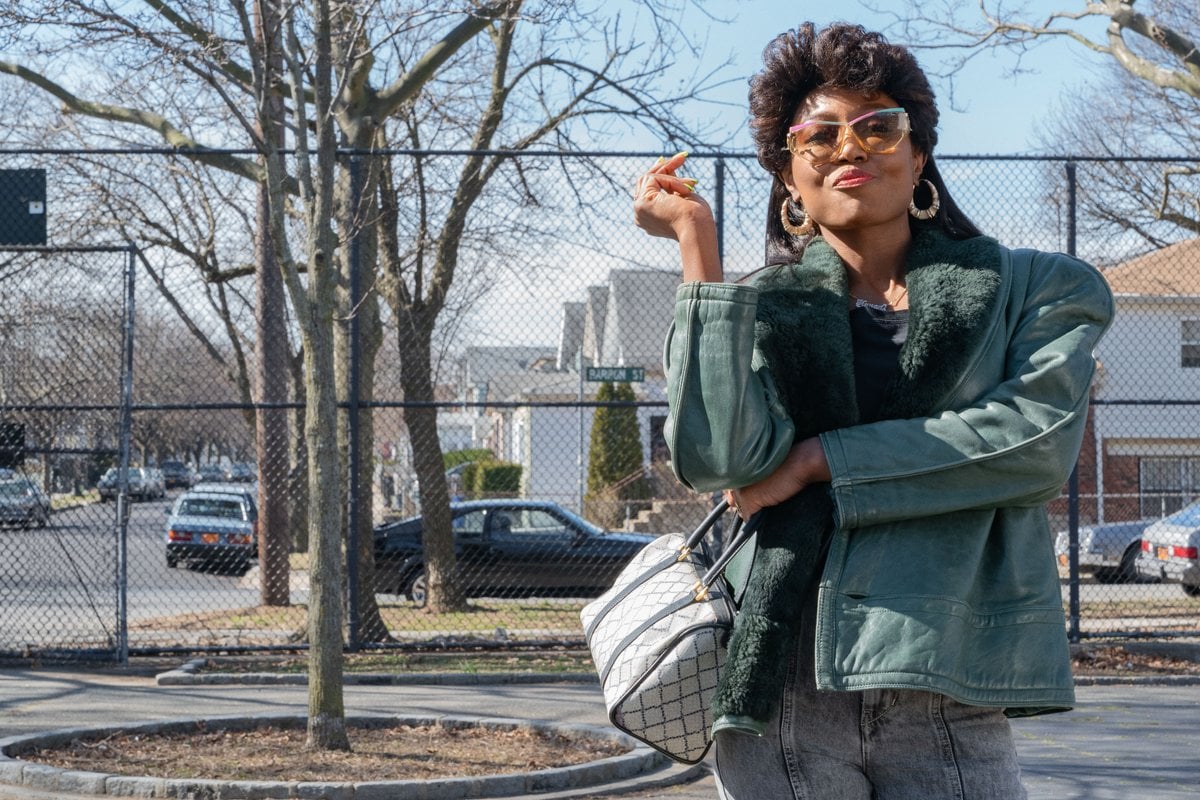 Power Book III: Raising Kanan, which is out today on Stan, is the third book in the Power Universe and acts as a prequel to the popular first installments of Power, and Power Book II: Ghost.

Set in the '90s, the prequel series tracks the early years of 50 Cent's (who is also an Executive Producer on the series) memorable Power character Kanan. Fans of the original series know how Kanan's story ends, but until now, what they didn't know was how his origin story truly unfolded.

The amazing storytelling twist with Power Book III: Raising Kanan is that you don't have to have watched the first two installments to be drawn into this story. Raising Kanan incorporates story threads from the original series, but on the whole, it's a series that easily stands on its own two feet.

At the centre of the story is Raquel “Raq” Thomas, played by Tony winner Patina Miller, who brings to life Kanan's mother as a ruthless, powerhouse character in her own right.

According to Patina, Raq is "a lot". She is the sole provider for her family, including her brothers, and is very much the ruthless “queenpin" of the operation. She loves her family and won't let anyone stand in her way of getting what she wants.

Take a look at the trailer for Power Book III: Raising Kanan, streaming only on Stan.

Here, Patina Miller takes us through what to expect from Power Book III: Raising Kanan and why her character should never be underestimated.

What is Raq's relationship to Kanan and how does it influence the story?

"She's a young mother. She had him very young, single mother. She was a mother and father for Kanan so she holds him very close to her. He is her most prized possession in a way. And everything she does, she does for him. Maybe a little bit for herself, too.

"But, you know, she is a momma bear. She will go to the end of the world for her son. She loves him more than anything."

What is Raq's plan for Kanan in this season, what does she want for him?

"So, Raq is in an interesting business, and you would think that she would maybe, sort of, be okay with letting Kanan see what she does and let him in on it. But there's a big part of her that wants something different for him.

"She has all of these big dreams for her only child."

How does Raq balance her responsibilities? Can you talk about the balance of the gang versus the family?

"Early on right before we pick up, I think Raq has done a great job - up until a certain point - of balancing work and her home life. But when you meet us, she now has a teenage son.

"He's a little older. He’s getting a little bit more difficult to sort of manage at this point. And he thinks he's a grown man, or he's on his way to being a grown man. So that throws everything off, you know. Early on she knows how to balance it all. You know, Kanan is young. She's going to send him to school, make sure he has everything he wants, and she can go out and do her thing. But now that Kanan is getting bigger and he's seeing, he's more aware of her world. That's interesting to him.

"She's a mother, but she's also very ambitious. She is this boss female running around, and she's ruthless. She's a female in a man's world doing her thing, taking charge. And she has a lot of respect in the game. In the streets, they know who she is." 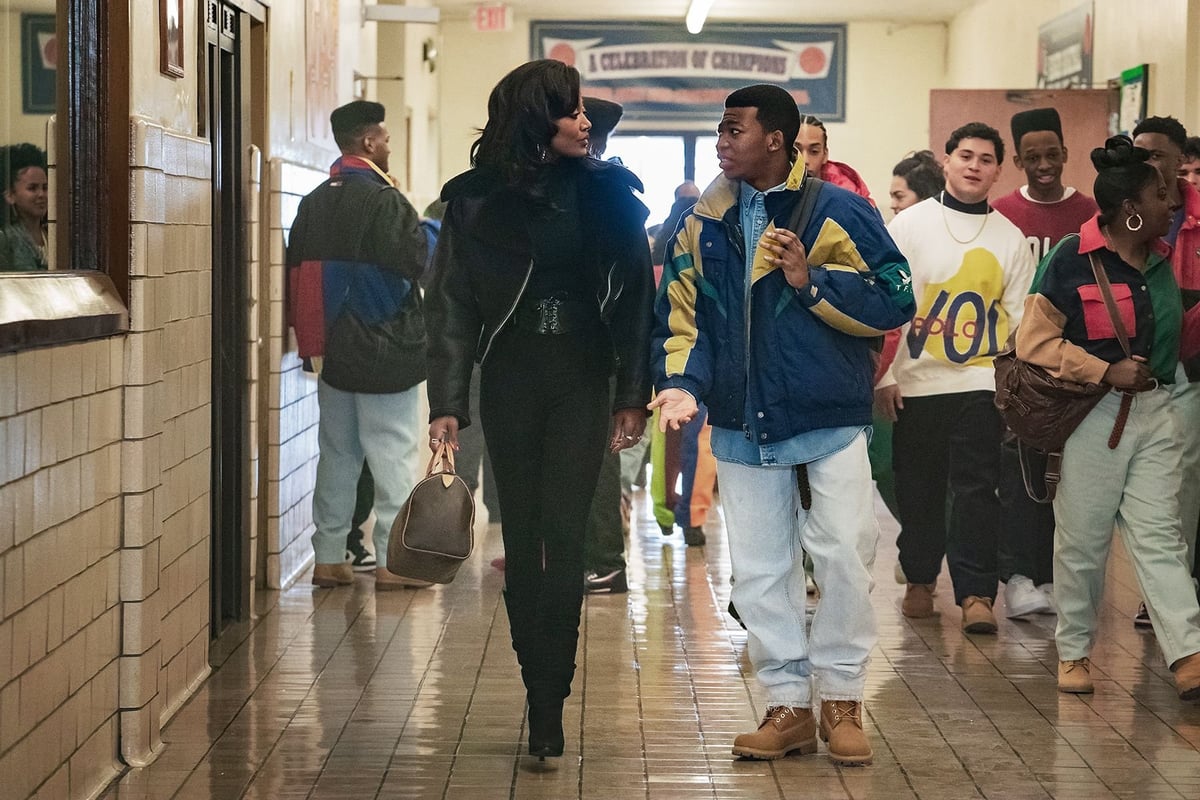 "The best part of playing Raq is that there are so many layers to her. She's not one note. As much as she is tough, there's a lot of heart to her. For me as an actor, I get to use every part of my instrument, every part of myself, my experience, the experience of others, that I admire.

"My mom had me when she was young, so I know what that's like. I know what it's like to have a young mother raising a child. I've drawn from a lot of my own experiences. Raq's a full three-dimensional character and it's just very refreshing to be able to just sink my teeth in this amazing material and create this character."

"COVID happened, so we didn't really the opportunity to have Mr. Curtis Jackson around us as much as we would like. But in my limited interactions I've had with him he is so, so excited about this show.

"He believes in this show. If it weren't for him creating this iconic character, Kanan Stark, I wouldn't be here. So what he's created in that character and with Courtney Kemp (Executive Producer) and the Power universe, they've done a fantastic job.

"And now we have Sascha Penn (Executive Producer/Creator/Showrunner) who has been tasked with creating this world. And it is pretty freaking amazing. They love it. They're hype. 50 is so hyped about the show and it really makes a difference, especially with the cast."

Power has a massive international audience, why do you think it appeals so broadly to so many different audiences?

"I think they're going to love it because yes, this is Raising Kanan. But there are just all the themes of the show and the real meat of it is family. It’s the family dynamic and all the things that we really touch on in this show: power, money, ambition, betrayal, character.

"You can connect with her brother Marvin (London Brown) because he's someone who has issues clearly. Marvin is the problem brother. He's not perfect. It's that idea of trying to be better all the time, and Kanan wanting to be there for his mom.

"Kanan wanting to be a man and prove himself. Lou-Lou (Malcolm Mays) is a dreamer and has ambition. Jukebox (Hailey Kilgore) has her own thing. I think people will love it because of the many themes, they're so universal. It's just against the backdrop of Southside Jamaica, Queens.

"It's the crazy Thomas family, but we've all got that family."

Power Book III: Raising Kanan premieres 18 July, same day as the U.S. and only on Stan – with new episodes weekly.