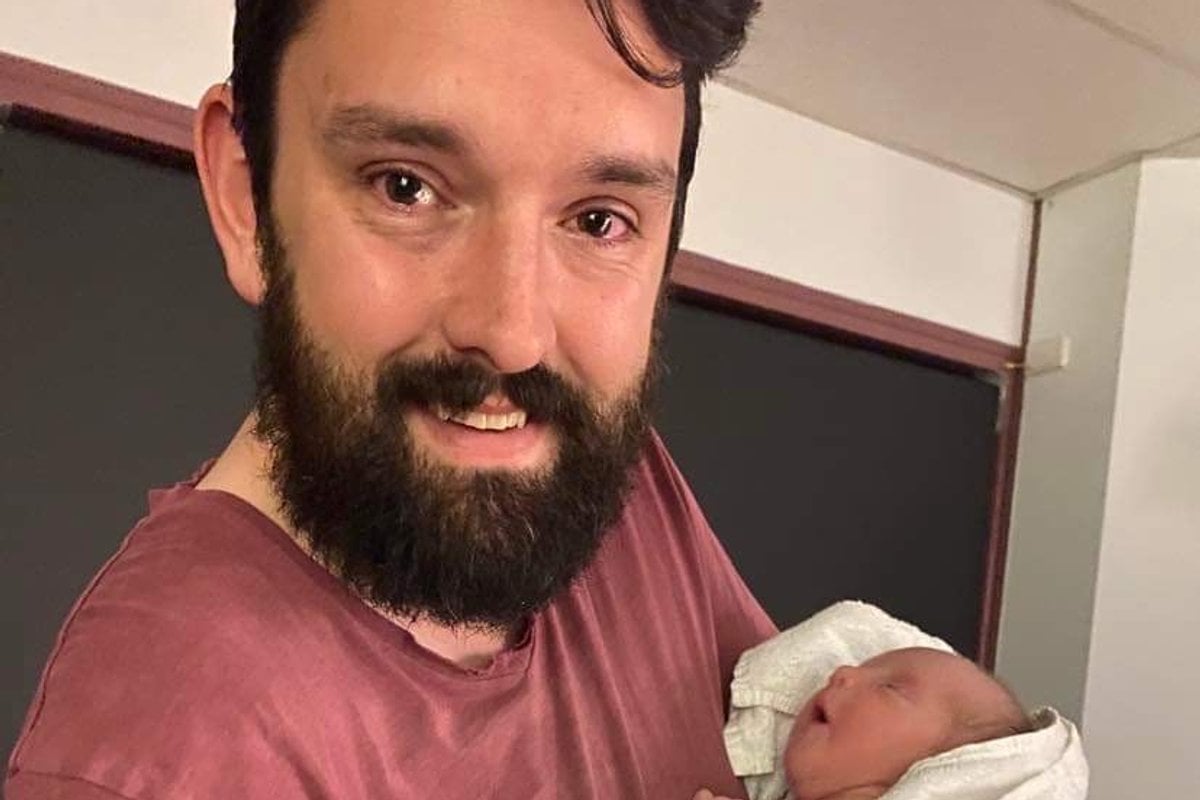 If you’re a dad and your partner is planning on taking primary carer’s parental leave after having a baby - which is overwhelmingly the case - the Federal Government is willing to pitch in and pay you two weeks of leave at the minimum wage. Two weeks. To adjust to life with a newborn. Two. Weeks. Let that properly sink in.

As a father of two, I feel confident in saying two weeks is categorically not enough time for a family to recover physically and emotionally after childbirth, establish a skerrick of a routine, or adjust to the new dynamics of caring for an infant. To do any of those critically important things, families need to be able to spend time together in those formative months.

I know from my own experience the difference between taking a small amount of leave compared to a decent chunk of paid leave. It was life changing.

With my first child, I took just 13 days, and it made life more difficult. For all of us.

We were adjusting to a new family dynamic, our sleep was disrupted, and I was trying to balance my regular work responsibilities on top of our home life.

With my second child, it was much easier. I took two months off using a mixture of paid parental and annual leave. Life was so much easier being able to be there for my family when they needed me without having to worry about how I could do my job. I’m so lucky I got to take that time. Paid parental leave for dads is rare and sporadic in Australia.

If you are one of the lucky few to work at a top company or consultancy firm, you might be entitled to between 18 and 26 weeks of paid leave after becoming a dad. How brilliant that there are companies that recognise their employees will be more productive if they feel supported as family members?

I’ve been campaigning for greater access to better parental leave for over a year now. I’ve come across many supportive politicians, parents, and business leaders who know it’s the 'right thing' (as well as the smart thing!)

Occasionally, though, I’m told, 'Oh Dads won’t take the leave'. I’m here to call baloney on that. Dads in Australia want to take time for their families and we know, from our global peers, that when dads are offered decent paid parental leave, they take it.

Dads in Australia take less than 20 per cent of the parental leave that dads take globally and I don’t believe that’s because they don’t want to spend the time with their children.

In 2014, the Australian Human Rights Commission found that 75 per cent of dads wanted to take additional leave to care for their kids but more than half of them didn’t because they couldn’t afford it.

It’s not good enough! And it’s not the same everywhere.

Here we offer dads just two weeks of paid leave but the OECD average is eight weeks. Countries like Korea, Japan, France, Germany, Sweden and Norway are just a few of those who leave us for dust when it comes to offering dads paid parental leave.

Our policy is long overdue for an upgrade that recognises the role that dads play in families and why paid parental leave matters. We need to implement a "use-it-or-lose it" policy like other countries that will give dad's permission to take leave.

What does "use it or lose it" mean?

Under a 'use it or lose it' model, each parent is given a set amount of paid leave that only they can take and then they are allocated an additional amount of leave they can use as they wish. So if a couple called Finn and Fiona have a child, each parent gets three months leave, and then Finn and Fiona choose between them how they want to split the remaining three months to suit their family.

If Finn decided he didn’t want to take the leave that’s fine - but his three months wouldn’t get paid. When companies and countries set it up so that a family misses out if it’s not used, dads take it.

That’s why it’s supported by organisations in Australia including The Parenthood, The Grattan Institute, Parents at Work, the OECD, and KPMG.

When dads are engaged in the home, they are more likely to report being happier at home; they are more productive at work, their kids report better outcomes at home and school, their marriages fare better, and it empowers women to return to work which has a corresponding bump to the national economy.

There’s a whole other story about the benefits of empowering women to return to work how and when they want to but let’s stick to dads for now. Because when dads are supported to care, everyone wins.

It’s time for Australia to act now. If the pandemic has taught us anything it’s to look at what is truly important and prioritise it. Aussie dads want to be able to take leave to help their families and their families deserve it. If you’re a dad, you know a dad or you just want to get involved; it is time to get in the ring.

There’s an election coming up. Speak with your MP. Speak to your senator. Speak to a candidate. The only way to make change is to be heard. Make a better deal for dads (as well as kids and mums) a priority for the politicians in your area! And if you’re interested in joining an organisation that is actively advocating for changes to PPL visit The Parenthood.

Alex Edgar is a dad of two based in South Australia.

Reply
Upvote
The problem with getting additional leave at newborn stage is that normally after 2 weeks you can only get the leave if you are “primary carer” meaning the mum would have to return to work. I would love to see more options for dads to get parental leave beyond the first year, to give the mum’s body enough time to adjust and heal. Many companies give great paternity leave, but only if the mum returns to full time work before the child is one - so it’s just not being taken as the toll on the mum is too much and the baby is so dependent on the mum before one.
E
Empsquish 3 months ago

Reply
Upvote
And where would this money come from? I see someone suggested the millions big corporations took in Job Keeper payments, if you had an idea on what you had to do to qualify for those payments you would understand that those payments went to KEEPING employees employed.
So to garner enough money to pay every father 8 weeks leave like you’ve suggested, will you accept that the price of your goods and services increase to account for that? Or should companies pay that out of their profits? Because I am guaranteeing you now that when everything increases in price to be able to fund this leave, there will be an uproar from the buyers.
Should the tax payers fund YOUR parental leave or should you budget for it with your annual leave, carers leave and long service leave? Two months leave is a ridiculous amount of time to ask for at someone else’s expense.
News
General
Opinion
True Crime
Politics
Sport
Explainer
Entertainment
Celebrity
Reality TV
Movies
TV
Books
Rogue
Royal
Lifestyle
Beauty
Fashion
Weddings
Home
Wellness
Health
Fitness
Travel
Food
Parents
Before The Bump
Pregnancy
Baby
Kids
Teens
School
Parent Opinion
Work & Money
Money
Finance
Career
Lady Startup
Relationships
Sex
Dating
Separation
Friendship
Family
Real Life
Couples