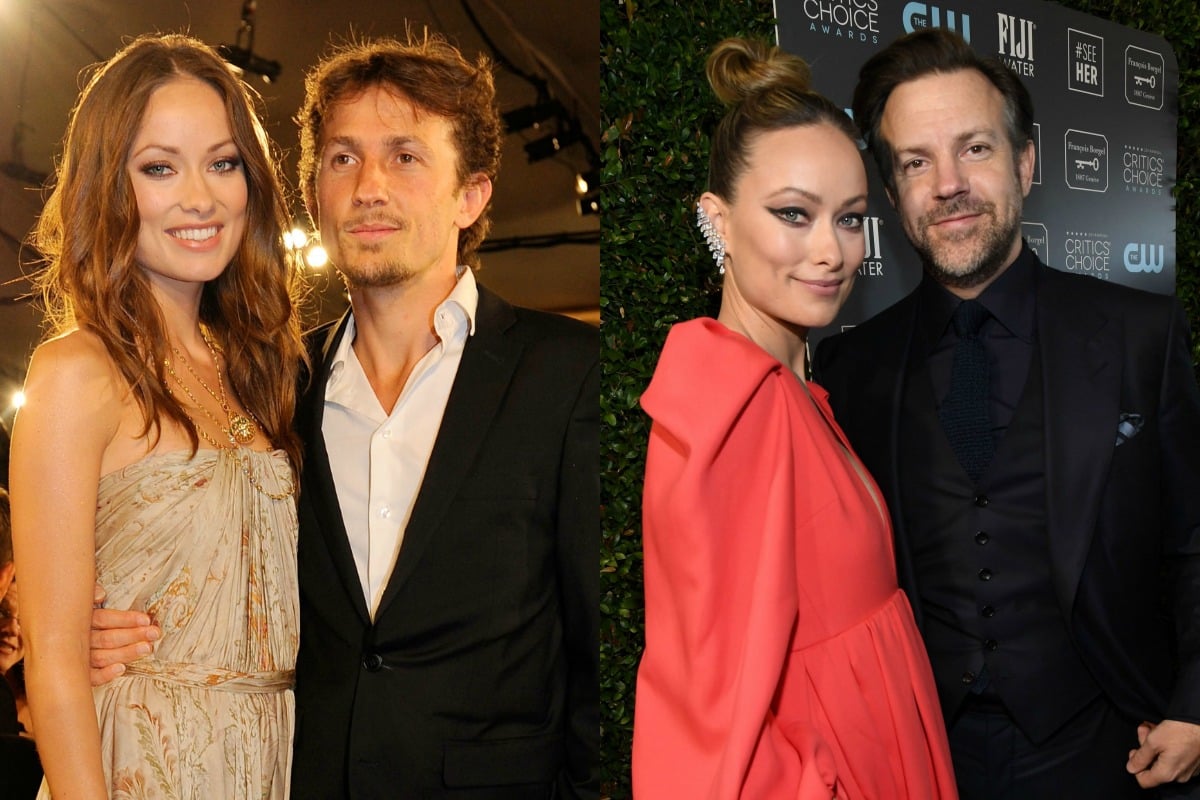 After a seven-year engagement, Hollywood power couple Olivia Wilde and Jason Sudeikis have decided to split.

"The split happened at the beginning of the year. It's been amicable and they’ve transitioned into a great co-parenting routine. The children are the priority and the heart of the family’s relationship," a source close to the couple told PEOPLE.

In light of the news, we decided to look back at Wilde's past relationships, from her engagement to Sudeikis to the time she eloped with an Italian prince aged t18.

Wilde first met the Horrible Bosses actor at a Saturday Night Live finale party back in 2011. At the time, Wilde had separated from her ex-husband Tao Ruspoli and Sudeikis had split from his filmmaker ex-wife Kay Cannon.

"I actually came off looking a little cooler than I really am because I had heard through the grapevine, through mutual friends who weren’t exactly her best girlfriends, who would report back, 'Oh you know, I think she’s dating someone'," he explained. "So I didn’t make any moves. I was just very, very busy with other things. And next thing you know, I stopped being busy, she stopped dating someone, and then it was off to the races."

Wilde also spoke about the night she met Sudeikis during an interview with Allure.

"I met Jason, and I thought he was so charming," she told the publication. "He's a great dancer, and I'm a sucker for great dancers. But he didn't even get my number."

The 36-year-old went on to explain that her and Sudeikis kept running into each other for months until her friend finally gave the actor her number.

"[One night], my best guy friend walked up to him and said, 'This is Olivia’s number. Use it.' That was the beginning." 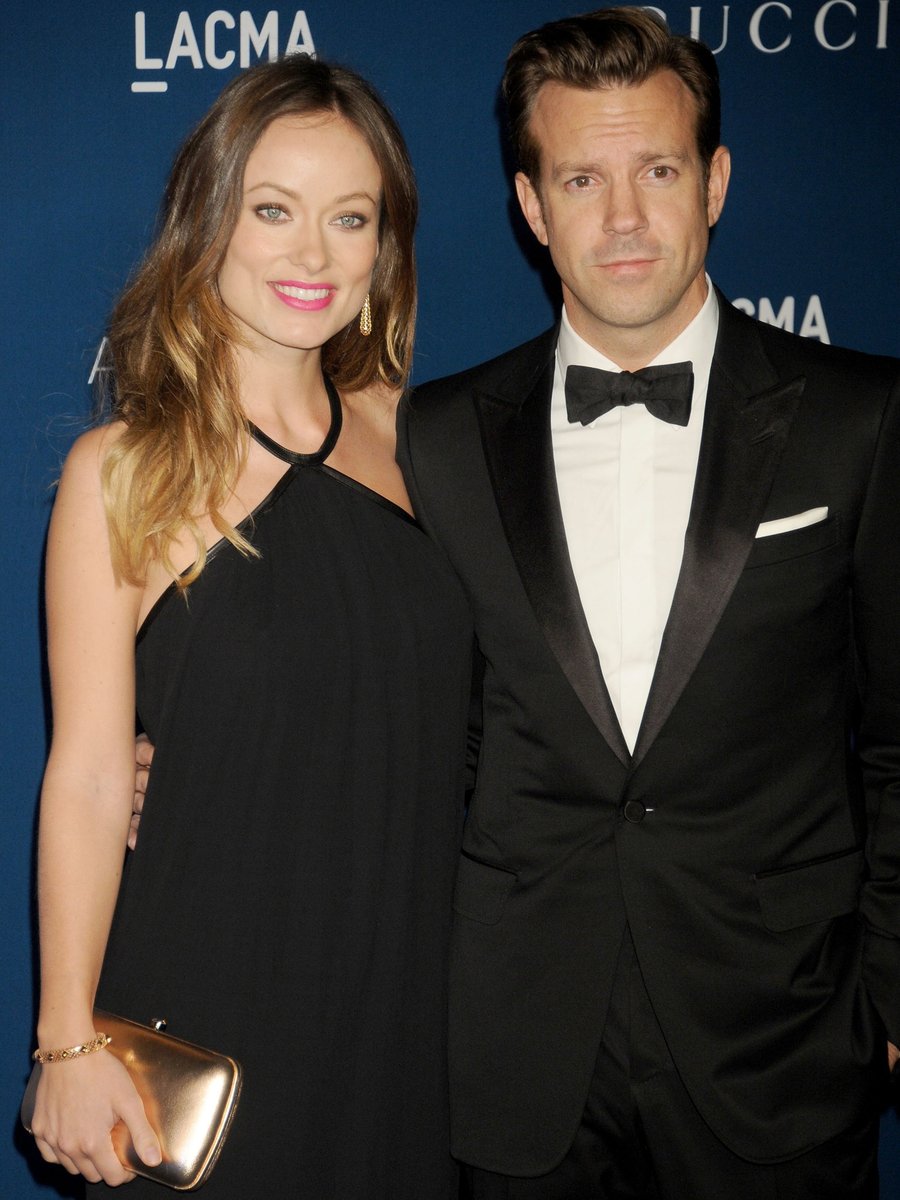 "Thanks for all the sweet congratulatory love, friends!" the actress and filmmaker wrote on Twitter at the time.

Thanks for all the sweet congratulatory love, friends! And may I compliment your savvy use of that nifty engagement ring emoticon.

A year later in April 2014, the actors welcomed their first child together, Otis Alexander Sudeikis. They later welcomed their second child, Daisy Josephine Sudeikis, who was born on October 11, 2016 on International Day of the Girl.

Speaking to US Weekly last year, the couple said they still made time for eachother since becoming parents.

"We go out and have a lot of fun. We were both really social people when we met, and we didn’t want to give that up when we became parents, so we’re really consistent about our time with them, but we also prioritise a couple of date nights a week."

Unfortunately, the pair have since decided to go their separate ways. However, it seems they've still been keeping themselves busy. Sudeikis is currently staring in the American sitcom Ted Lasso while Wilde is currently directing Don’t Worry Darling, featuring Harry Styles.

Olivia Wilde's relationship with Tao Ruspoli, the son of the Prince of Cerveteri.

Before her engagement to Sudeikis, Wilde was once married to Tao Ruspoli, a filmmaker, documentarian... and an Italian prince.

The pair ment through a friend of her family's in 2002. But Wilde wasn't exactly keen at first.

"He wanted to introduce me to this Italian guy who made films and lived on a school bus," she told Women's Health in 2008.

Alas, the two ended up hitting it off and six months later they decided to elope on the very same bus.

Wilde was just 18 at the time while Ruspoli was 27. They later had another wedding in Virginia. 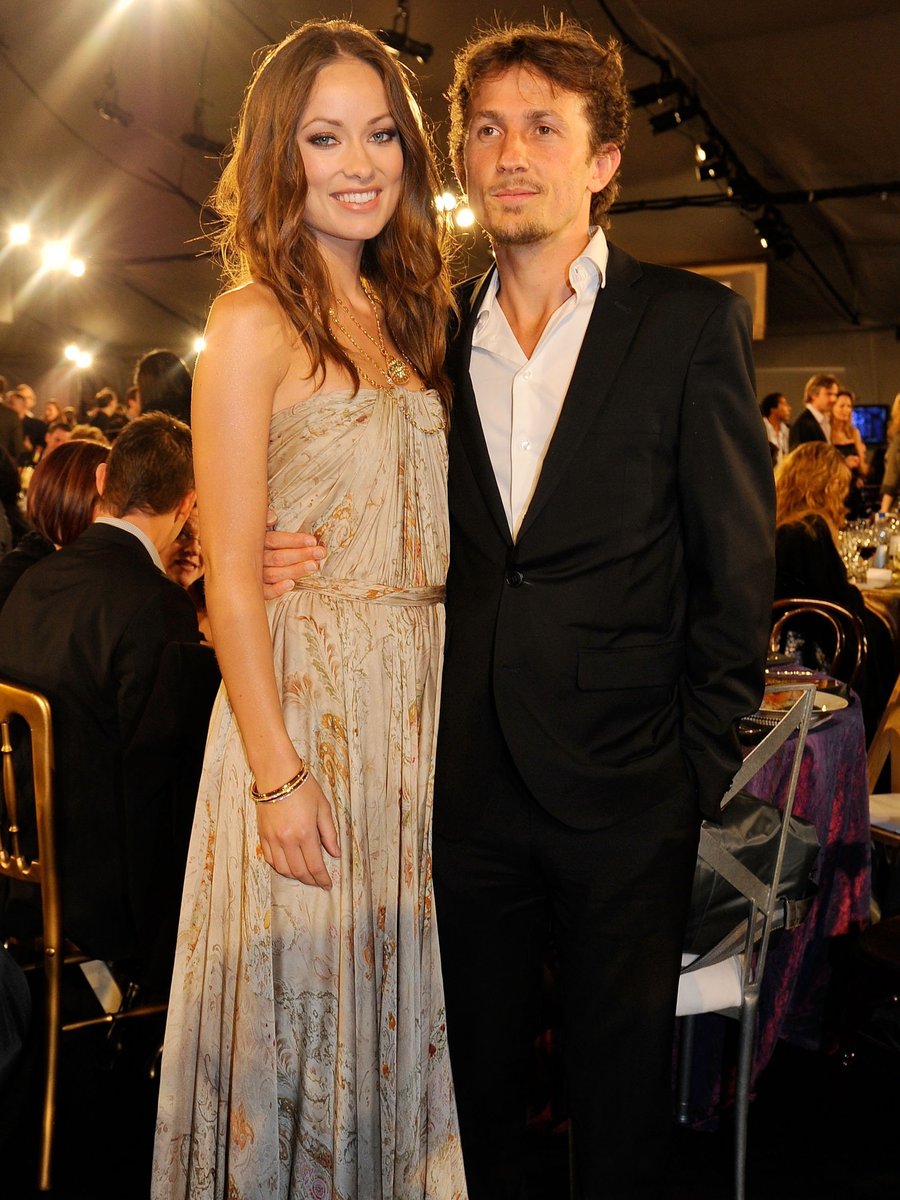 "My dad did have a minor heart attack, and it was hard to imagine settling down at the time," she told the publication,

"But there was this wave of romantic excitement and an overwhelming sense that we were supposed to be family. We were very open to the idea that if it didn't work, we would let it go its course. No pressure."

But despite being the son of the Prince of Cerveteri, Ruspoli didn't behave like your typical royal.

"Everyone expects him to pick me up in a limo or a yacht," she said. "Then Tao rolls up in this old Thunderbird, wearing flip-flops, his hair all crazy. People are like, 'He's a prince?'"

She also told TV Guide that marrying an Italian prince doesn't come with the special privileges you might think.

"No special parking spaces or tiaras," she said. "Since it's only a papal title, it doesn't carry a lot of weight, but his family does have a beautiful castle and palazzo in Italy, so that makes me feel like a princess." 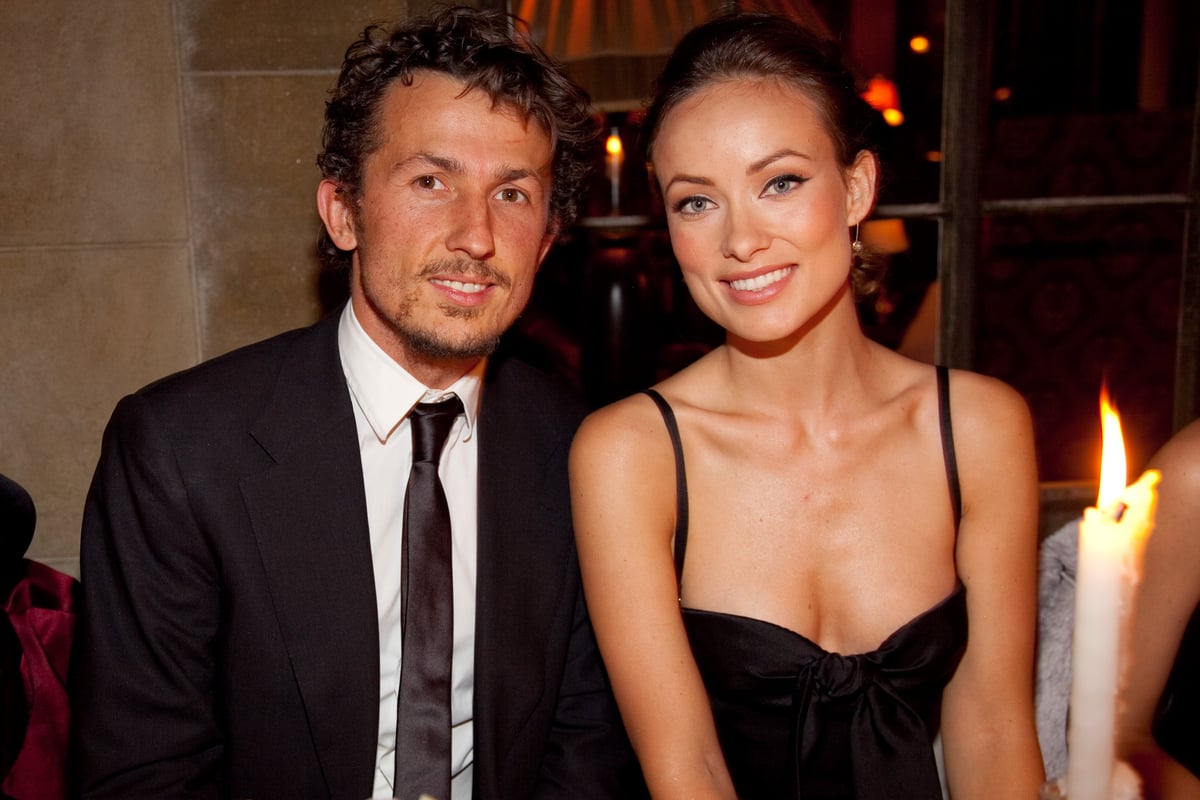 However, after eight years of marriage, Wilde filed for divorce from Ruspoli in March 2011.

The 36-year-old later spoke about her divorce during an interview with Marie Claire, explaining that she has no regrets about the relationship.

"Even though it didn't work, there's nothing I regret about any of it... We're friends; his family is my family," she said in 2011.

"Our deal from the beginning was, 'We're crazy to do this, but we're doing it because we're in love and it makes us happy. The only reason to divorce is if one of us isn't happy. Life is too short.' After really trying to make the relationship evolve in the way our lives had, I realised it wasn't a natural evolution. When the relationship becomes about working to make it work, it's lost that beauty and that optimistic bohemian sense that brought us together."

Over the years, Wilde has been linked to a number of celebrity A-listers.

Following her split from Ruspoli in 2011, the actress and filmmaker was rumoured to be dating A Star Is Born actor Bradley Cooper, who apparently went as eachother's dates to the Hangover 2 afterparty in New York.

"Olivia was Bradley’s date," an inside source told Life & Style magazine at the time. "He was always taking her hand or putting his hand on her lower back, it was really sweet. He took care of her all night."

However, she was also rumoured to be dating her Alpha Dog co-star Justin Timberlake around the same time, after he split from Jessica Biel. So, the rumours should really be taken with a grain of salt. 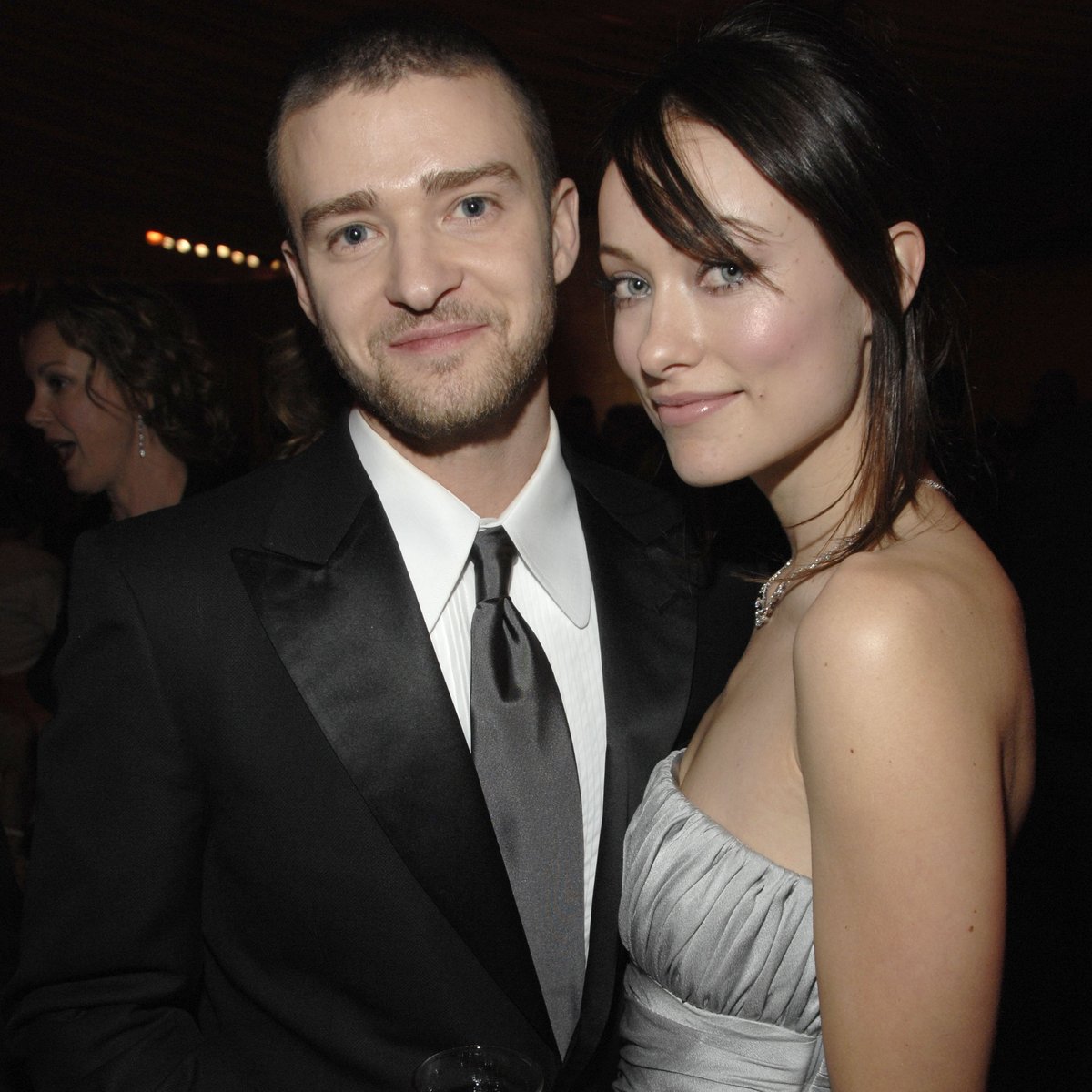 Justin Timberlake and Olivia Wilde at the Golden Globe after party in 2007 Image: Getty.

Wilde seemingly called out the dating rumours on Twitter, explaining her and Timberlake were "just friends".

Cool it, honeybadgers. We are just friends and have been for years.