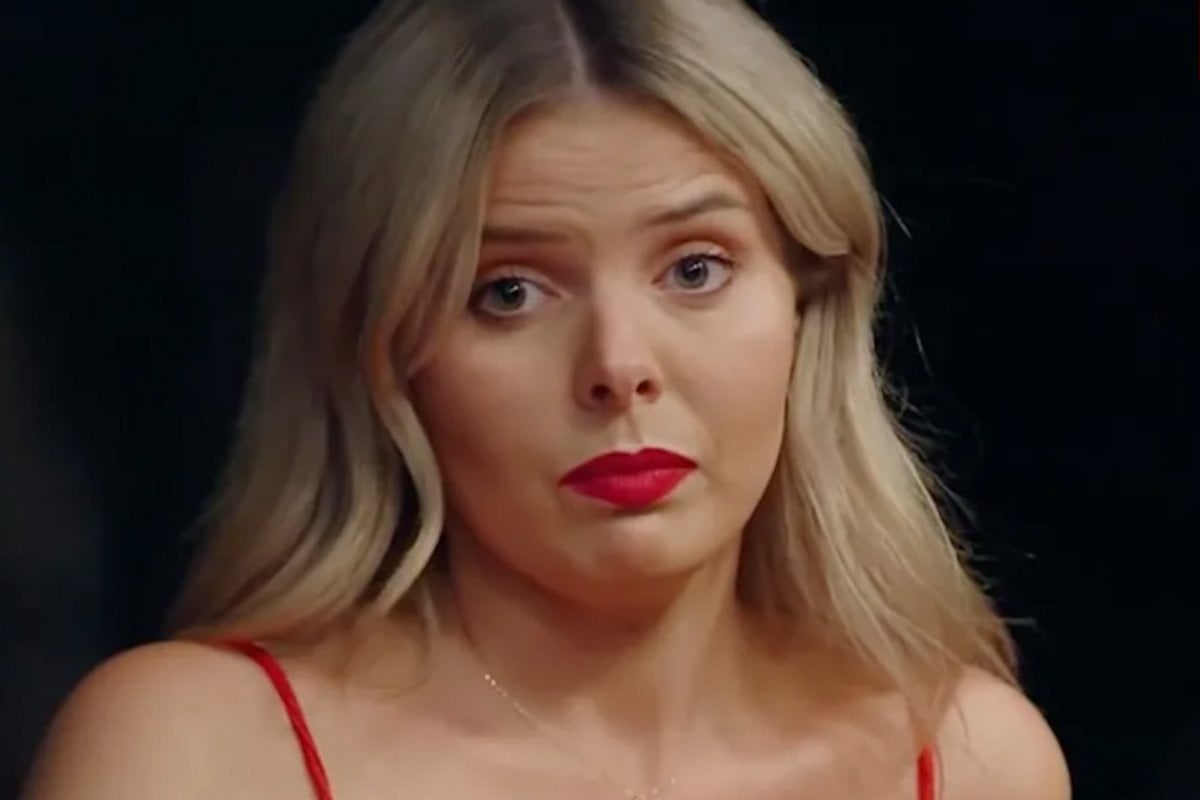 One week ago, I wrote an article calling for some civility - a contentious request in the Age Of The Internet.

Suggesting that people, maybe, I don't know, stop sending death threats to someone they've never met, and refrain from comparing a reality television star to an infamous serial killer, is seen as a form of silencing. Or taking a side. Or forgiving a person for every transgression they've ever made - an outrageous thing to do.

The person in question was Olivia Frazer, the villain on this season of Married At First Sight. 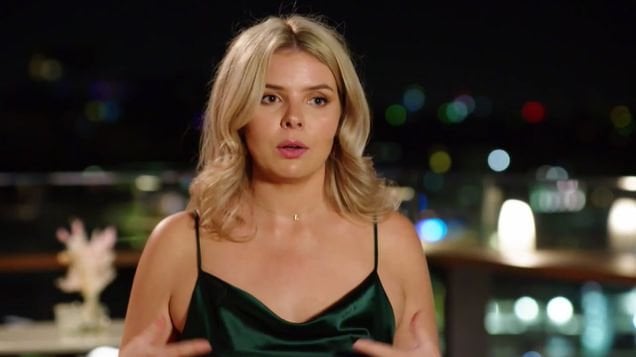 I had watched as reasonable discourse and discussion around her poor choices had deteriorated into a pile on too large for any human being to bear. While insults were thrown, and petitions were signed, and private images of her as a young person were shared, and death threats were sent not only to her but her friends and family, it seemed ironic that this was a woman we were accusing of bullying.

Who were the bullies now?

While most of us logically know that reality television is highly edited, and that nothing is as it seems, we lose all sense of that when we're presented with a villain.

They come to represent all that is bad. They are the girl that bullied us in high school. The person who leaked our nudes. The friend who betrayed us or the family member who never said 'sorry'.

And while we don't think much about the comment we leave, Olivia is hit with thousands of them. She endures a punishment that is far worse than the crime itself. We might post a tile about 'R U OK Day' once a year and claim to care about mental health, but do we really? When we routinely contribute to the mental health crises of public figures, even when they tell us plainly that they're not coping?

Or do we only care about the mental health of people who are perfect?

If so - may I implore you to name one of those people?

Lots of people didn't agree with the opinion I wrote. That is to be expected.

But it wasn't long after the article was published that I received an email from Olivia Frazer.

The subject line read 'Thank you for your article'.

With permission from Olivia, I thought I would share some of what she said. But before I get to that, the email reminded me of one thing we often forget.

These people are reading what we write.

It would serve publications well to remember that. Same with commenters. Just because they do not reply, does not mean they have not scrolled and absorbed all the vitriol being thrown at them online.

What the email confirmed was what I suspected. Olivia is not fine. She is not coping with being - as she later put it in an interview - "more hated than Putin".

Without going into too much detail, my suspicion that Olivia's words and actions had been highly edited, was correct.

According to Olivia, apologies had been made that weren't aired. Stories she'd seemed to share gleefully were prompted. And it's easy to make someone look like they're lying, when you snip out half a sentence.

But people will say - and have said - you cannot edit words into someone's mouth.

And some of the things Olivia said and did were wrong. Absolutely.

Even if Olivia was the person we saw on television, it's worth acknowledging the toll the response has taken on her.

While we only see a portion of what's taking place online, Olivia is experiencing real-world consequences. Due to harassment she's experienced in public, she cannot go grocery shopping. She can barely leave her house. She's lost her job. The mob's attempt to eradicate any hope for her future is working. She is a 28-year-old woman who can't imagine how she'll work again. Who would employ her?

What do we want?

Do we want to damage Olivia's spirit so irreversibly that she can't get out of bed?

If we don't want her to work again, we've written her off as a horrible, unredeemable person, who doesn't deserve love or friends, what does the woman have to live for?

Be honest about how you might feel in her position right now. Think about the despair. The thoughts that might run through your head.

Let me assure you - that is precisely how Olivia is feeling.

Olivia's story and her experience of being cast as a reality television villain is more complex than anything I can express here.

That's why today she is Mia Freedman's guest on No Filter.

It is not an interview about taking sides. Or who did what, where, on a show that more than one million Australians watch. Surely that angle has received enough coverage.

Listen to Mia Freedman's interview with Olivia Frazer on the reality of being a reality TV villain.

This is about the human toll of pile-on culture.

It's about what it feels like to be this hated, by millions you've never met. It's about how abuse on the internet spills out into the real world.

And critically, it's an insight into the consequences of our actions.

We've had our say. Today, Olivia will have hers.

You can read the original article, here: The opinion no one in Australia wants to read: Olivia and the cost of being this season's 'villain'.

Reply
Upvote
She said what she said and got caught out with her lies on camera. I'll take a page out of Olivia's book and say I dont have empathy for what she is going through. Period.
J
jezzibelle 2 months ago

Reply
Upvote
Olivia may have lost one job... But maybe she could start working on OnlyFans.
L
lj88 2 months ago