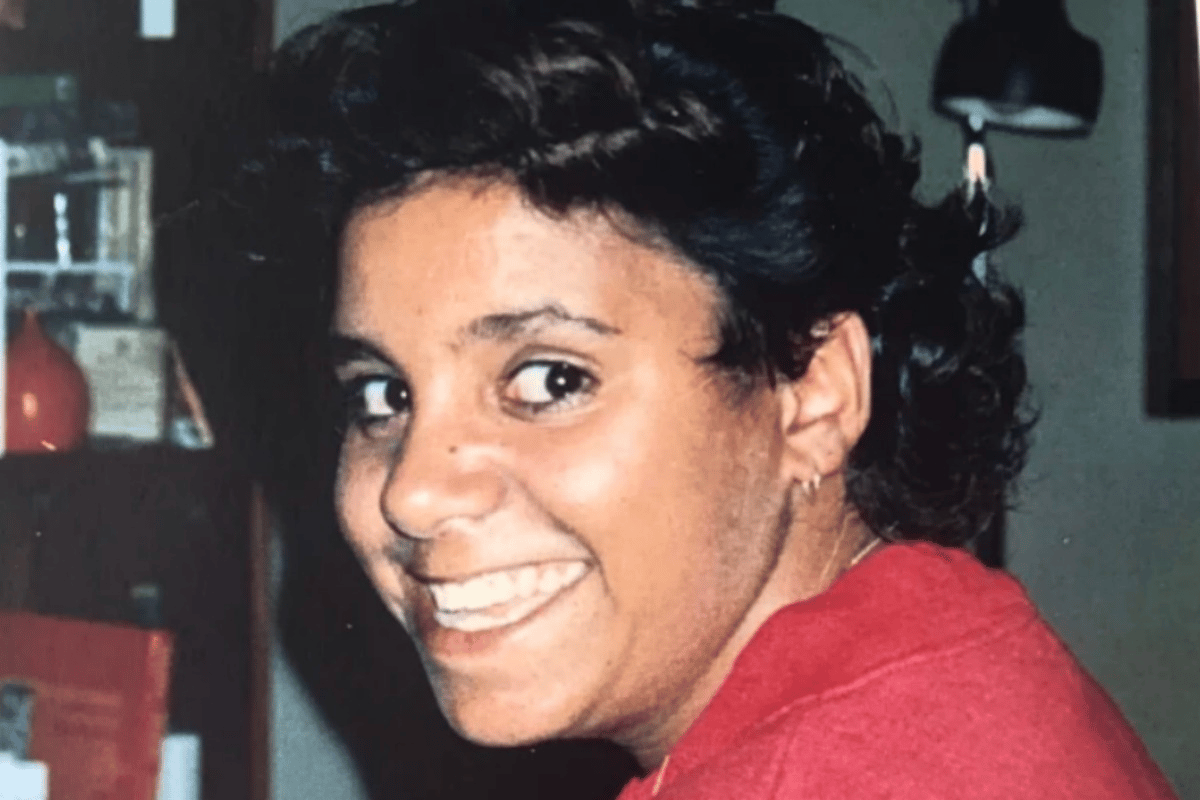 WARNING: Aboriginal and Torres Strait Islander readers are advised that the following article contains the name and images of a person who has died.

Her name was Noeline Dalzell.

She was 49 years old when she was killed in front of her three children, Paige, Zach and Olivia. Police allege Noeline was stabbed to death by her ex-partner, and the children's father, James Fairhall.

At the time, February 4 of this year, reports emerged of a woman who had been murdered inside her Seaford home. Speaking to The Age a neighbour said, "She was just yelling my name... Mick, call the cops."

For legal reasons, the woman's name or face could not be shared with the wider community.

For a moment, the story of the woman seen bleeding in her suburban driveway made local news. But then the details began to emerge. Ex-partner. Domestic violence. It was the rule, not the exception. Because what happened on that Tuesday in February is, statistically, relatively common. Every week a woman is killed in this country. Most by a man who was once meant to love them. Noeline was the sixth woman to be killed as a result of violence in Australia in 2020. And we were only 38 days in.

If that man who allegedly killed her had been a stranger, the story might've been treated differently. There would be vigils and tributes. Marches and statements from our political leaders. She would be a woman that Australia wouldn’t ever forget.

But when you’re killed by a current or previous partner, the word ‘innocent’ disappears. We no longer talk about ‘violence’. We refer to ‘domestic violence’. As though the particularities of violence are any different when it’s perpetrated by someone you know. As though anyone is more or less dead, depending on who killed them.

Ultimately, Australia did forget this woman. A woman who back in February had no name, no face, no interests or fears, no eccentricities or ambitions. And then, this week, the suppression order that her friends and family never wanted, was lifted.

Noeline was born in Swan Hill, northwest Victoria, in 1971. She spent the first year of her life in foster care, before being adopted by a family in Melbourne who loved her instantly. She grew up with two older brothers, and was always encouraged to be stay close to her Indigenous heritage, according to the ABC.

She grew up to love music and the beach, maintaining a rebellious streak through high school. A friend told mourners at her funeral, "God, amongst your angels you'll notice one with a cheeky grin... she might have an over-sized hoodie, maybe a beanie, Doc Martin boots."

#hernamewas Noeline Dalzell. ⁠ ⁠ Family and friends celebrated Noeline Dalzell, known as 'Nip', a mad Essendon supporter who was so proud of her kids.⁠ During the funeral, Aboriginal Elder Aunty Helen Belle Bnads shared details of Ms Dalzell's life. She was born in Swan Hill in 1971 and was in foster care for a year before being adopted by a family in Melbourne where it was "instant love”. ⁠ Her high school friend Robyn Fisher said she had a "beautiful smile" and loved music and the beach.⁠ "She was a great person, she was a great mum to these kids," her sister-in-law Jenny Dalzell told ABC.

Noeline never missed an episode of Home and Away, and loved dolphins. Her casket was decorated with pictures and stuffed toys of dolphins, and a Bombers scarf - in memory of her favourite AFL team.

It is not known when Noeline met James Fairhall, but together they had three children. "She was a great person... a great mum to these kids," her sister-in-law Jenny Dalzell told the ABC. At the funeral she was described as a "lioness" whose children "meant the absolute world to her".

Speaking to the ABC, Jenny Dalzell said: "There's so many red flags and so many times people threaten to do a thing and you've got a young family at stake." She was critical of the lack of intervention from the Department of Health and Human Services, and said there needs to be "more action" and less talking.

Noeline's three children are now living with Mal Dalzell, her older brother, and his wife Jenny. Dalzell told The Age that the three children are "doing it really tough", but she was struck by a comment recently made by the eldest.

The child asked Dalzell: "When are we going to be able to talk about what's happened? How come no one knows what's going on?"

All three of the children are said to want domestic violence highlighted and spoken about. They were there when their mother was killed, and because of a suppression order - intended to protect them - no one has been allowed to talk about it.

We cannot let women killed by their partners or ex partners die quietly.

They deserve to be at the centre of our cultural conversations, just the same as a woman murdered by someone she never knew.

Just because a story happens often, does not mean the consequences are any less tragic. In fact, the opposite is true.

A family is grieving the loss of an innocent woman, killed in an act of profound violence. A woman who loved her kids and the beach and had plans for the future.

Australia ought to be grieving with them.