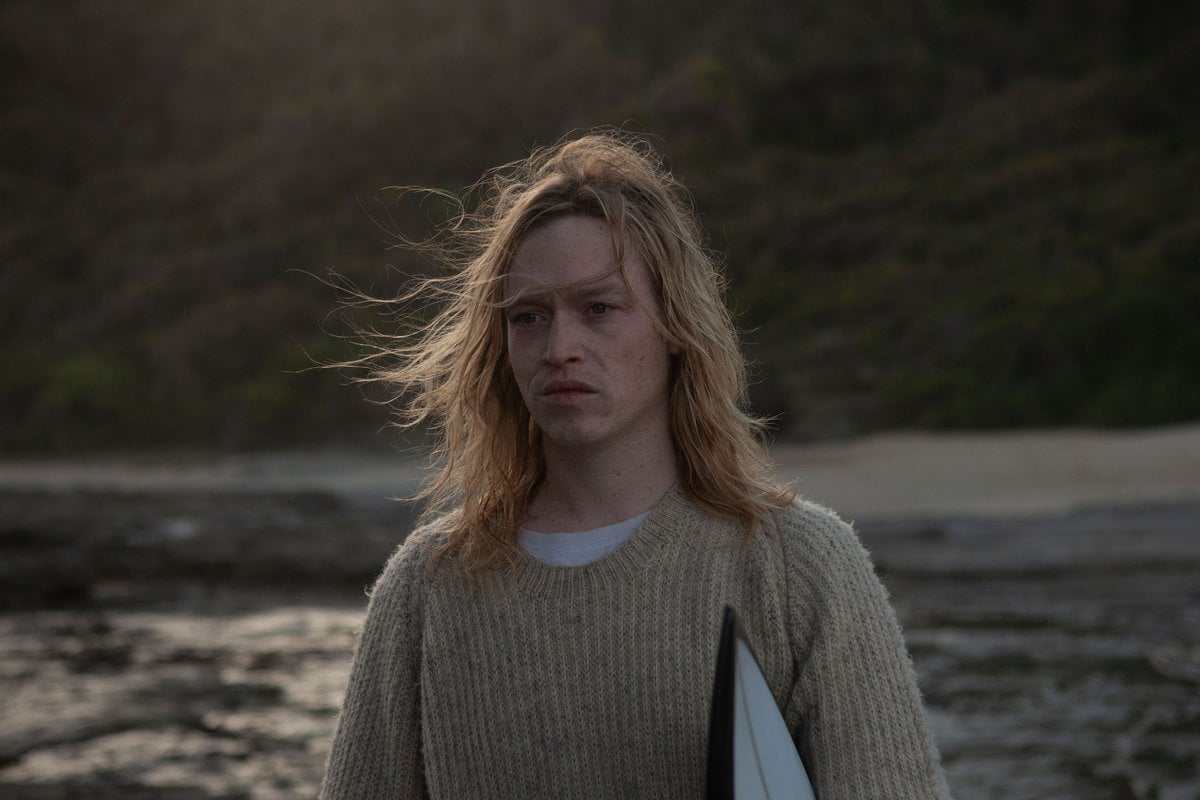 This post deals with gun violence, and could be triggering for some readers.

There are certain catastrophic events that have taken place where you will always remember where you were when the news reached you and exactly how it made you feel.

For screenwriter Shaun Grant, and so many other people across Australia, that moment was the tragic news of the Port Arthur massacre, which took place in 1996.

35 people were killed and 23 were wounded at the hands of a lone gunman. At the time, it was history’s worst-ever mass shooting.

It was the unthinkable tragedy of this event, and the world's reaction to it, that prompted Shaun to pen the script for the new Stan Original Film Nitram.

The film, which is now streaming on Stan, does not use the killer's name in the film (NITRAM is his first name spelled backward) nor does it show the events of the massacre or delve into the victim's stories.

Instead, Shaun said he made a conscious effort to keep the story focused on a man who should never have been allowed access to guns, and the lessons to be learned from such a dark day in Australia's history.

In the film, Nitram (played by Caleb Landry Jones) lives with his mother (Judy Davis) and father (Anthony LaPaglia) in suburban Australia in the mid 1990s.

Nitram very much lives a life of isolation and frustration at never being able to fit in with the world around him.

At least, until he unexpectedly forms a close friendship with a reclusive heiress named Helen (Essie Davis).

However, when that friendship ends under tragic circumstances, and Nitram's loneliness and anger grows, he begins a slow descent into a nightmare that culminates in the most nihilistic and heinous of acts.

Take a look at the trailer for Stan Original Film Nitram. Post continues after video.

"The story had been rattling around in my mind for a while, probably 10 years overall, but I could never quite put my finger on exactly how to do it," Shaun Grant told Mamamia.

"Then in 2018 I was living in Los Angeles and a few different events occurred at once. One was that my wife was heading into the grocery store, then she got called into work and couldn't go in to the store. At the same time she was meant to be in the store, a gunman ran in and started shooting. So it was awfully close to home.

"A month or two later, there were two mass shootings in America. Every time it happened, being an Australian, my mind just goes back to Port Arthur. Not just the event, but what was achieved over the 12 days after it, one of the proudest moments I've ever had as an Australian.

In just 12 days after the Port Arthur massacre, the Australian states and territories came together to establish a National Firearms Agreement (NFA), under the insistence of then prime minister John Howard. The NFA restricted ownership of automatic and semi-automatic weapons and made it harder to obtain a gun license.

"This was the moment where I knew how and why I needed to do it," Shaun explains, of the reaction he was seeing to the shootings. "I wanted to walk in the shoes of an individual who should not have any access to high-powered rifles.

"I want you to walk with him into a gun shop and see how easy it was for him to buy them. I wrote that first draft in just five weeks, but I didn't tell anyone I was writing it, I just locked myself in a room and devoted myself to this project."

"The idea that empathy and sympathy would be directed towards this character is a really difficult thing," he continued.

"But those feelings really depart once he picks up a gun and contemplates doing those things. It was very challenging and maybe even more so for Caleb as an actor because you're pretending to be that person. I think it took a while after the shoot for Caleb to kind of remove himself from the character." 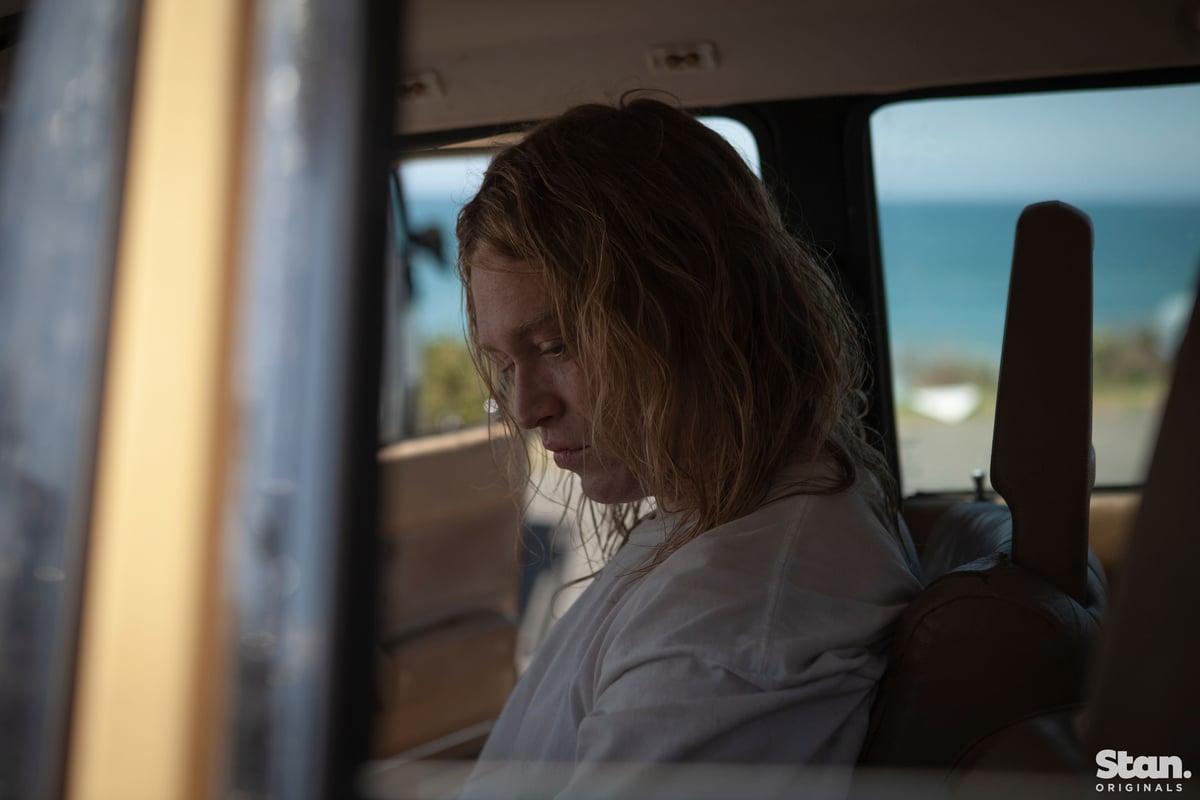 Caleb Landry Jones in Nitram. Source: Stan Shaun went on to say he believes art and movies have a responsibility to highlight the darkest moments of history, in a bid to stop history repeating itself.

"I was living in LA, so many of my friends are 20-something Australian actors and many of them didn't know anything about this event when I started writing," he said. "That was one of the reasons I started working on it. I was very conscious of wanting to remind people of this time, because forgetting an event like this is a very dangerous thing.

"Evil forgotten is evil that will be repeated. I think in the space of 12 days, we saw the absolute worst in our nation and then the absolute best.

"Our nation is sometimes not good at remembering past atrocities. We are the first people to remember successes and sporting achievements. But sometimes we need to look at the darker chapters of our history."

Nitram director Justin Kurzel said the moment the audience feels the most unsure of Nitram is the moment that he buys his first gun.

He said the horror of this scene spoke more to him about gun reform than any statistic or opinion piece. That it crystallised the tragedy in a way, which made him clearly see the failings of the past, how gun laws could easily be exploited by the most vulnerable and dangerous.

"It was the most important scene in the film," Shaun agreed. "The whole premise came about me from me wanting the audience to walk with someone for a certain amount of time, get the sense that they're not quite right, and then watch them go into a shop.

"There was never a contemplation of showing the violence or anything like that. This is the climactic scene. It's the point of no return, when he's able to buy a gun without a licence or without registration or anything.

"I remember shooting that scene and feeling really anxious," he continued. "Two days earlier it had been announced that the film was being made. Scott Morrison was talking about it in question time, and it was across every front page.

"And then Caleb and the other actor who plays a gun shop owner, Rick James, who's a local from the area, they did this scene. It was done in one or two takes. Then we just looked at each other from behind the monitor and said, 'that's why we're making this film'. It just completely reassured us of the importance of what we were trying to achieve.

"You can look at that scene now and say 'oh that's so foreign to us'. But it wasn't foreign in 1996. I know a lot of my American friends wish it was foreign to them.

"Even Caleb himself grew up in Texas where he'd have to go through metal detectors on his way to high school. So it's sadly commonplace for many people." 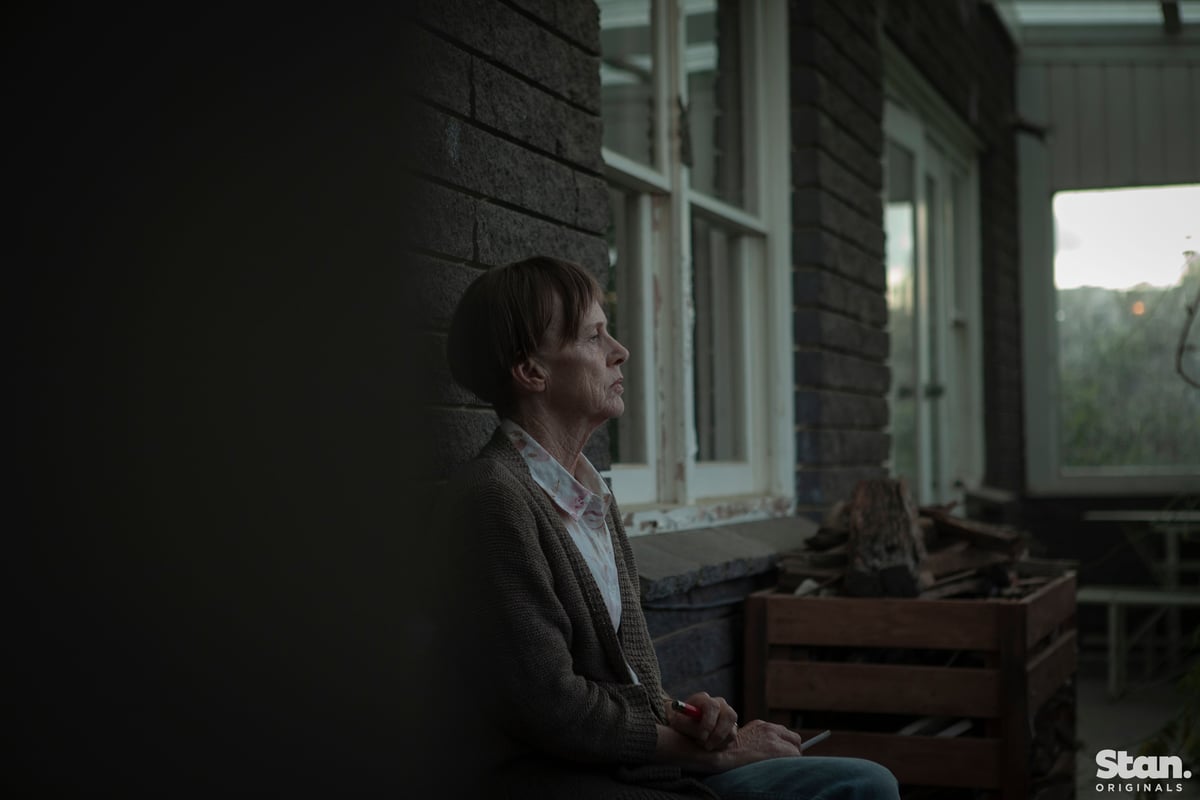 Judy Davis in Nitram. Image: Stan. Nitram screened in Official Selection for Competition at the 2021 Cannes Film Festival in July and was the first Australian film to compete for the Palme D’Or in a decade, with Caleb Landry Jones recognised with Best Actor honours at the festival for his performance.

"Most people that I've spoken to have taken away from the film that it was handled with sensitivity and intelligence," Shaun said. "For those people who don't want to see it, I completely understand that as well."

"We're being very conscious in Tasmania not to advertise it. We just it had it on a couple of screens for people who wish to see it. The support has been overwhelming and the way in which the film has been taken on is everything that I'd hoped for.

"I love taking Australian stories and presenting them around the world."