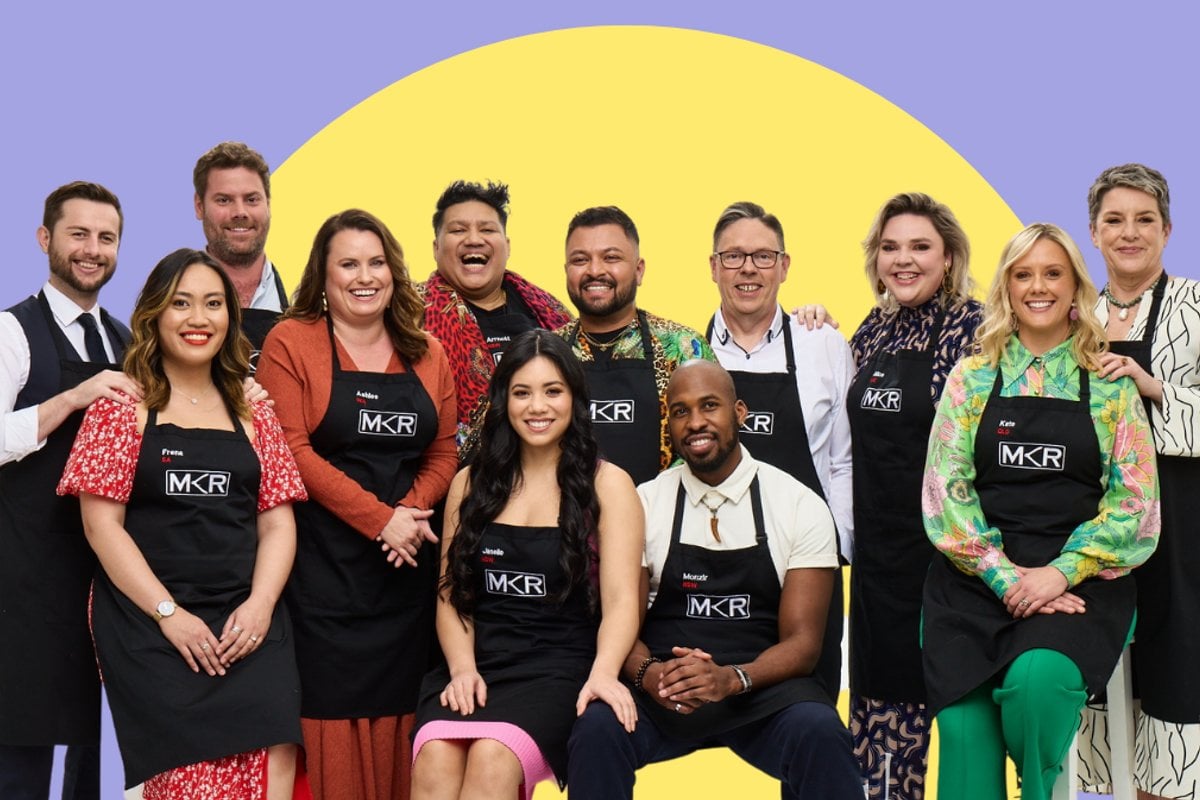 My Kitchen Rules is BACK baby.

As it does every year, the show will feature real, everyday people who have a genuine love for cooking. Added in will be a pinch of drama (which is not at all unusual for the cooking reality program) and two new judges.

If you're wanting to know everything there possibly is to know about the new season of MKR, do not fret because we've got you sorted.

Here is everything we know about the all new season of My Kitchen Rules.

When does My Kitchen Rules Australia 2022 start?

The brand new season will premiere at 7pm on Sunday August 7 on Channel 7 and 7plus.

Nigella Lawson will judge this year, alongside Manu Feildel and Matt Preston.

Queen of the kitchen, Nigella Lawson, will be joining the Aussie reality show this year.

"Straight off the bat, I loved that MKR was about home cooks," the celebrity chef said in a statement.

"While I admire chefs enormously, home cooking is where my heart is. For me, it’s the real story of food, and I was just terribly excited about eating food that told me where people had come from, who they are, and what they love. Plus, I knew the producers wanted this series to have a renewed focus on the food, which spoke to me. And then there’s the fact that I had the chance to work with Manu, who is the real deal and such fun!"

Matt Preston, who you might have seen on MasterChef after being a judge on the show for a decade, is also joining My Kitchen Rules.

Preston's advice to the home cooks ahead of the season is to not "show off".

"Bring us the food you cook at home that your friends and family love," he explained.

Which teams will be competing this year? 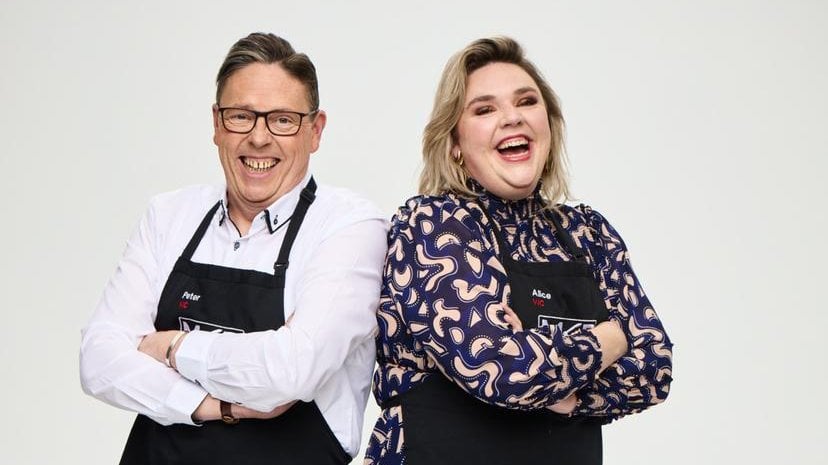 There's not much better than a dad and daughter duo. The pair, who have a shared love for cooking, admit to being polar opposites but say that somehow they have a relationship that works for a cooking competition like MKR.

"Dad and I have a very tumultuous but hilarious relationship. We are very similar in our approach to everything, which is why we often butt heads. We are both very dramatic, so things often blow up into epic situations," says Alice.

Peter adds: "Alice and I have always had a turbulent relationship. Some say it’s because we are so much alike. With us, it’s always been on or off, hot or cold – rarely any middle ground." 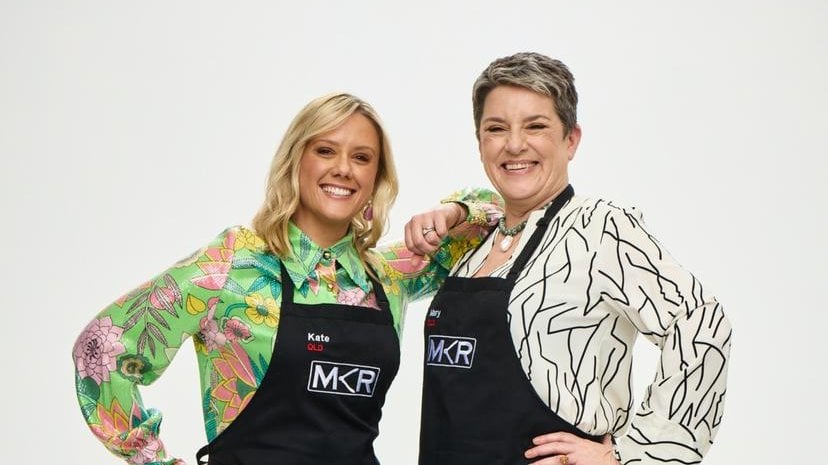 For radiation therapists and besties, Kate and Mary have long hosted dinner parties and long lunches for loved ones.

"Cooking and sharing a meal is the most joyful human experience," explains Kate. "It is how I show love to family and friends, celebrate wins and create comforting commiserations too."

Mary says that the pair have a unique bond.

"Although Kate and I are almost a generation apart, we seem to be forged from the same stone. We are both loud and outspoken, have a sense of fun, and spend our time on the edge of trouble. We have a passion for food which dominates most of our conversations. I love eating with her as it makes a meal an experience," she says. 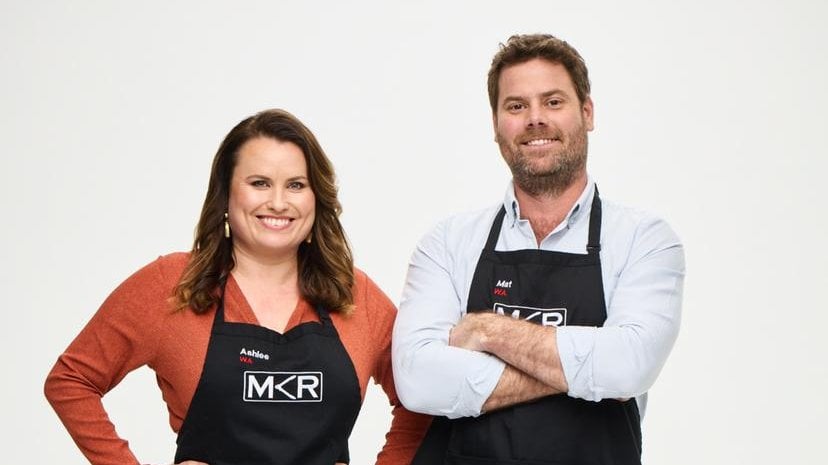 While Ashlee describes herself as a clean and intuitive cook, Mat says he is methodical and recipe-driven – meaning they may just be the dream team this season. Ashlee, who has been called "the clear leader" by her husband, says she and Mat are the "perfect combination of loud and quiet, bossy and chill" and "fast and slow".

"I’m someone who wants something done 'now' and Mat is someone who has an 'I’ll do it later' attitude. He loves to help in the kitchen and he’s a pretty good cook, but sometimes he makes more work for me by making a mess," she explains. 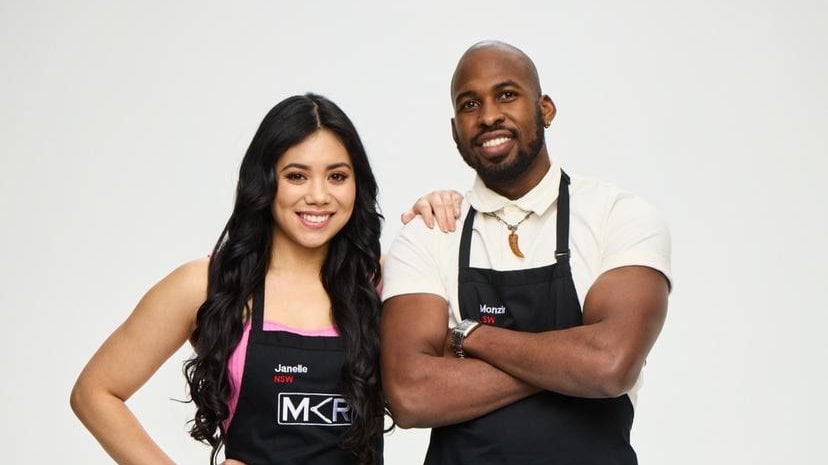 Janelle and Monzir are a young couple from Sydney, with a love for all things baking and cooking. They pride themselves on their solid teamwork mentality, which will certainly make the pair among some of the best of the best this season.

While the couple are confident that they have a winning menu, Janelle says she and Monzir have been able to stay close knit through the intense experience, thanks to their traditional upbringing.

"Our families are quite traditional, and we come from two different cultures," she says. "We did not tell our families we were dating before coming on MKR. We decided to go on reality TV and announce it to everybody! Subtlety is not my thing." 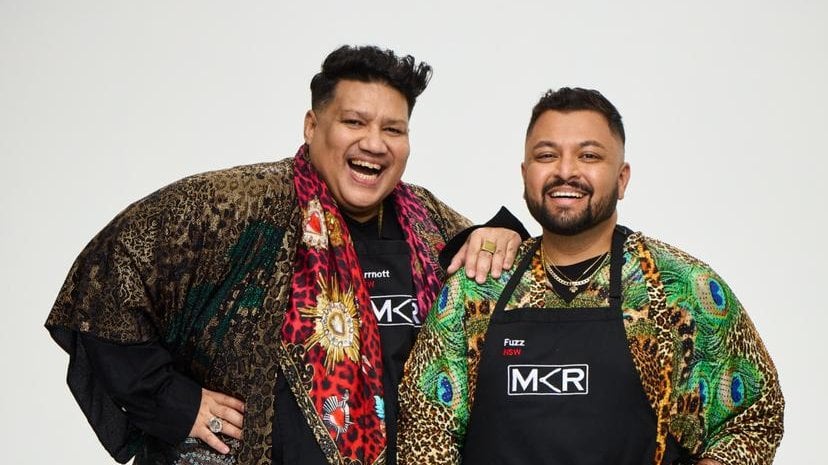 Arrnott and Fuzz are self-described "fabulous Fijians" and have built a bond over the years through their love of cooking, food and creativity.

"Food is at the centre whenever we gather, whether to celebrate or commiserate. It’s how we express love," shares Fuzz, who describes he and Arrnott's relationship as "close friends with similar cultural identities".

"In many ways, we overlap, and in other, we clash. The clashes are funny!" 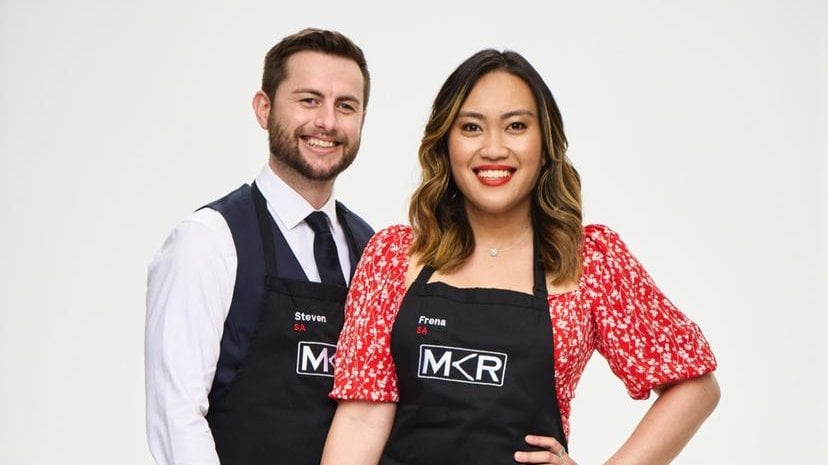 South Australian lovebirds Steven and Frena, are adamant their relationship is one of their biggest strengths going into My Kitchen Rules.

Not only do the pair have an rock-solid relationship, their partnership in the kitchen is also something to envy. For Frena, competing on MKR has always been a goal for her. "I have buried this dream for a very long time, but now I have found my person in Steven and we are a team," she explains.

"As a teenager watching MKR in Malaysia, I never thought my skills would match up, but having a supportive partner means a lot." 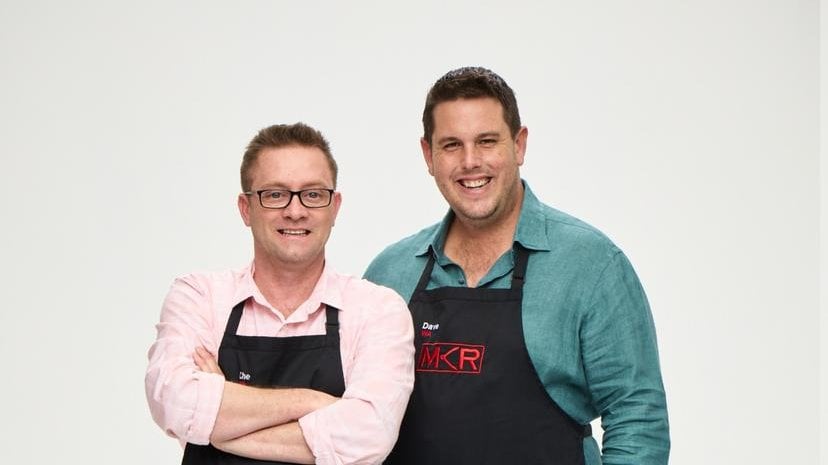 David and Che met in the oddest of circumstances. While Che owns an award-winning hot sauce company, David is a force to be reckoned with in the chilli-eating world. The pair happened to meet on the chilli scene and have been an unstoppable team ever since.

The pair would describe themselves as a good set of mates who love banter and good food. 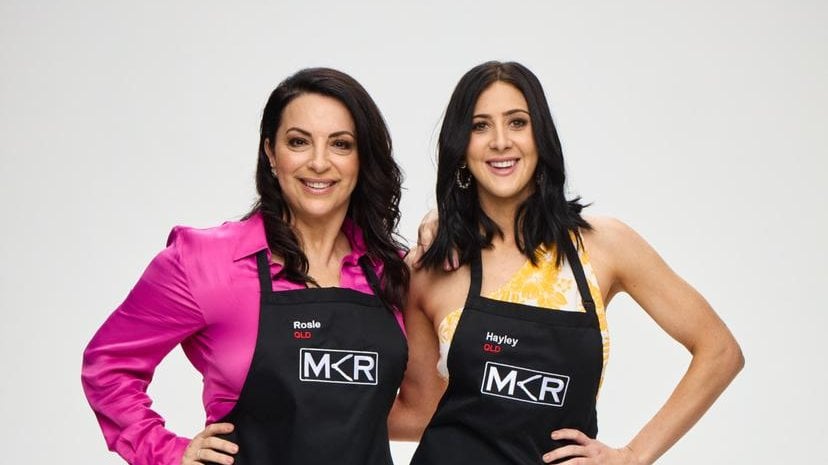 Rosie, who is a breast cancer survivor, says her life changed once she got the diagnosis and realised "life's too short". The duo love to entertain and are a dream team when it comes to creating delicious meals for their family to enjoy.

"We are the two hungry hippos always sitting at the dessert table pretending we're there just for the chats," explains Hayley in reference to her and her aunty's relationship dynamic. "We can count on each other for absolutely everything. Rosie is the firecracker and there's nothing I love more than laughing at her when she's angry!" 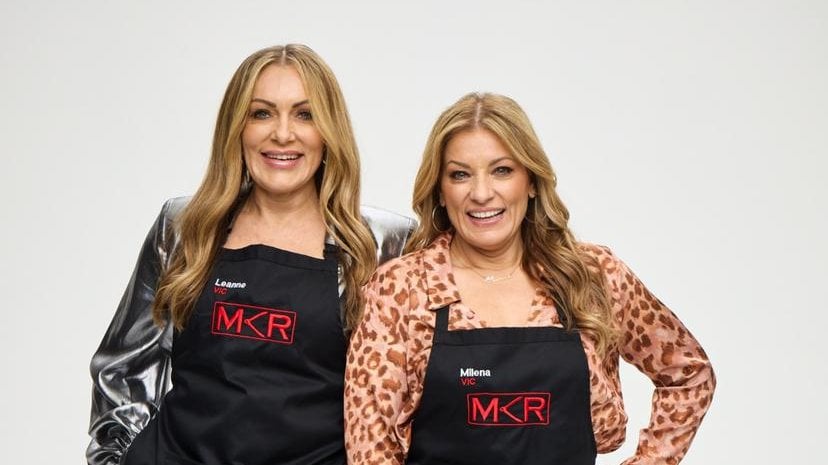 The Italian siblings describe their cooking style as "easy" Italian food, admitting it only takes just a few ingredients for them to make a great-tasting meal for their families.

"We are inseparable; we're incredibly close," Leanne says of her relationship with Milena. "Our father brainwashed us to believe that blood is thicker than water, so watch out if anyone comes for us!" 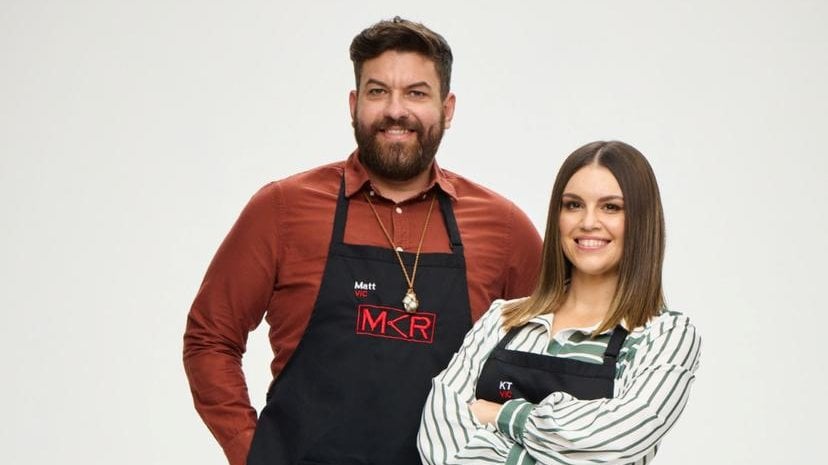 Best buds Matt and KT have known each other for many years now and say their closeness is one akin to a sibling type of relationship. The pair's biggest common interest is their love of food and desire to "create memories" with what they cook for their loved ones.

The first dish Matt ever made was a trifle. "[It was the] first dish I made with my grandmother... it was the best [trifle] I've ever eaten in my life."

For KT, she learned how to cook with her mum and says the first dish she ever made was spaghetti bolognese. "She always made the best spaghetti, and I was determined to make it just as good. Nothing fancy, but it's definitely evolved over the years," she says. 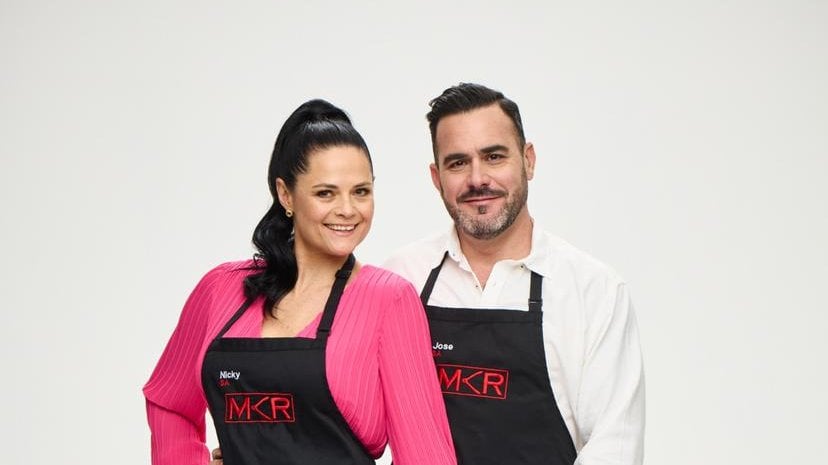 Nicky and Jose live life to the max. After meeting on the dance floor over six years ago, the pair have been inseparable ever since.

"Cooking means everything to me," Nicky – who grew up surrounded by his Spanish family – says. "As a child my dream was to open a cafe."

Jose says food has "always" been a big part of her family's life, adding: "Since meeting Nicky, I have learned much more about cooking. Cooking now gives me so much joy." 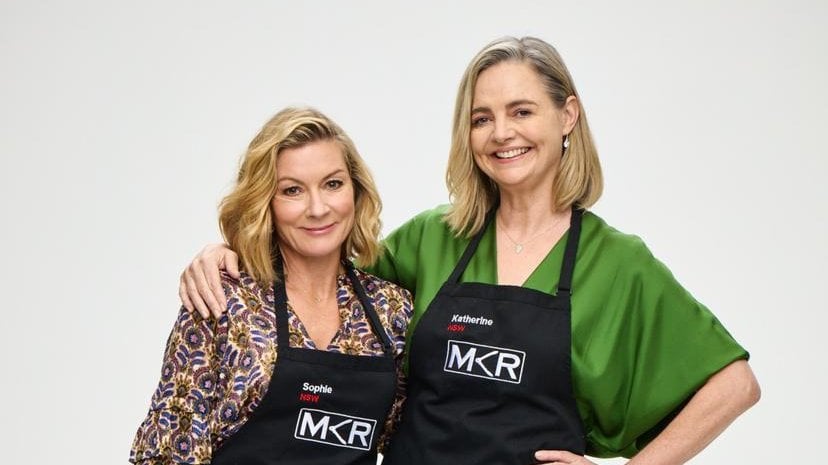 Sophie and Katherine are not only the best of friends, they're business partners and absolute foodies. They love to cook and enjoy dinner with a couple of wines. The entrepreneurial mums started a business together called The Dinner Ladies, where they deliver ready-to-eat meals around NSW.

Katherine says she is a self-taught cook, while Sophie's mother was a major influence over her love of creating delicious dishes.

“We grew many of our veggies and ate widely and adventurously every day,” Sophie explains.

“She never explicitly taught us, but you pick up a lot hanging around the kitchen.”