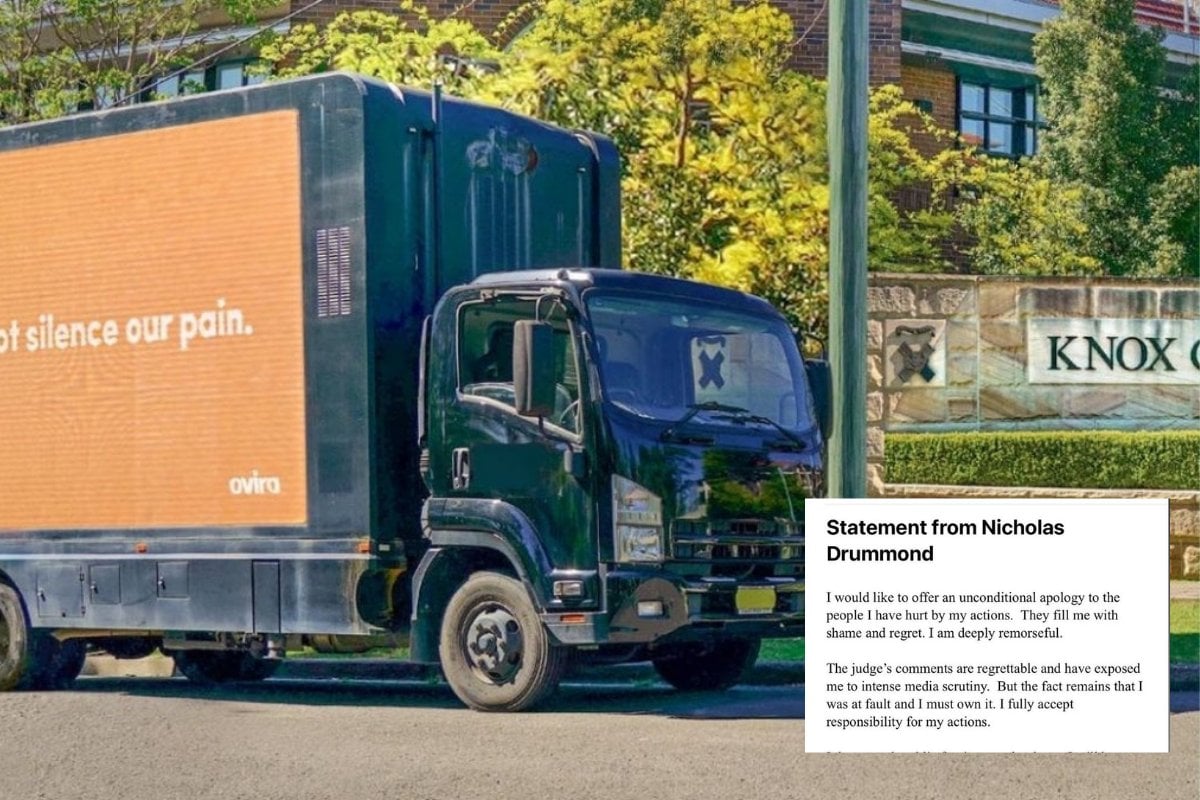 Beneath the skin of every woman who has suffered abuse at the hands of a man is a scar.

In some women it is buried deep - protected by time, therapy and care.

In other women it is close to the surface almost visible, certainly always palpable. It is not a physical scar, but it has made an imprint and it serves as a constant reminder.

It is a warning beacon, a tender aching spot that causes nerves to contract and the heart to beat faster.

Every time we hear another story of a woman assaulted or abused; the scar moves closer to the surface.

It exposes the part of us we try to hide so that we can move through the world without fear.

Watch: Women and violence: The hidden numbers. Post continues below.

On hearing how Nicholas Drummond verbally and then physically assaulted a young woman at a bar in Sydney’s lower North Shore, I felt my scar prickle.

When I heard how he managed to successfully appeal his conviction, it started to throb. But when I read Drummond’s 'apology' that scar almost burst through me with rage.

Read more: Nicholas Drummond punched a woman in the face. We need to take a closer look at why he walked free.

"I would like to offer an unconditional apology to the people I have hurt by my actions. They fill me with shame and regret. I am deeply remorseful.

The judge's comments are regrettable and have exposed me to intense media scrutiny. But the fact remains that I was at fault and I must own it. I fully accept responsibility for my actions.

I do not seek public forgiveness, but know I will have to work hard towards earning a second chance in life. Whatever I need to do, I will strive to do it.

I thank my family and friends for their support, and know that I have to move forward as the best human being I was raised to be, in order to repay all those I have let down.

I am a 20-year-old who did a terrible thing on one night of my life and now I am told it can go one of two ways for me: be crushed to nothingness by those who don’t know me or attempt to rehabilitate and better myself with a view to many years of positively contributing to society. I am going to aim for the latter.

Sorry again to everyone."

When the media focused attention on the fact that Drummond was an ex-student of Knox Grammar School, I was quick to tell myself 'not all private school boys', my own son was privately educated and I know privately educated boys can be privileged and kind and caring at the same time.

There are kids who use their privilege in service, but apparently, Nicholas Drummond is not one of them.

What Drummond has offered up is not an apology, it is a way for him to shed himself of any of his own scarring.

Maybe it is the fault of his private boy’s school education, maybe it was the way he was raised but it is clear Nicholas Drummond still has a lot of learning to do.

He needs to learn what a meaningful and sincere apology is.

He needs to learn the impact of violence, not just on his victim, but on all victims of assault who hear about yet another case of violence against women.

He needs to learn that when you apologise to someone you address what you have done to them and you take responsibility for those actions.

He needs to learn that an apology is not written to make the offender of the violence look good.

He needs to learn that the victim, not the perpetrator should be the centre of an apology.

Nicholas Drummond needs to learn that his actions have created a scar that will forever impact his victim and, not just her, but all other victims of assault.

He needs to learn how hurtful it is for anyone to read this 'apology' and not be able to locate the part where he apologises for changing the way his victim will forever react to stories of assault.

You are not at fault; you did nothing wrong. You deserve an apology and you deserve to feel safe.

Reply
Upvote
1 upvotes
Cannot believe this has happened as a mother of young adult boys I ask his mum ‘how do you feel?’ If you condone his conduct then you are also responsible do not hide but face this. You owe it to all daughters
C
cat 4 months ago

Reply
Upvote
@delpretefamily what about his father?
C
cat 4 months ago