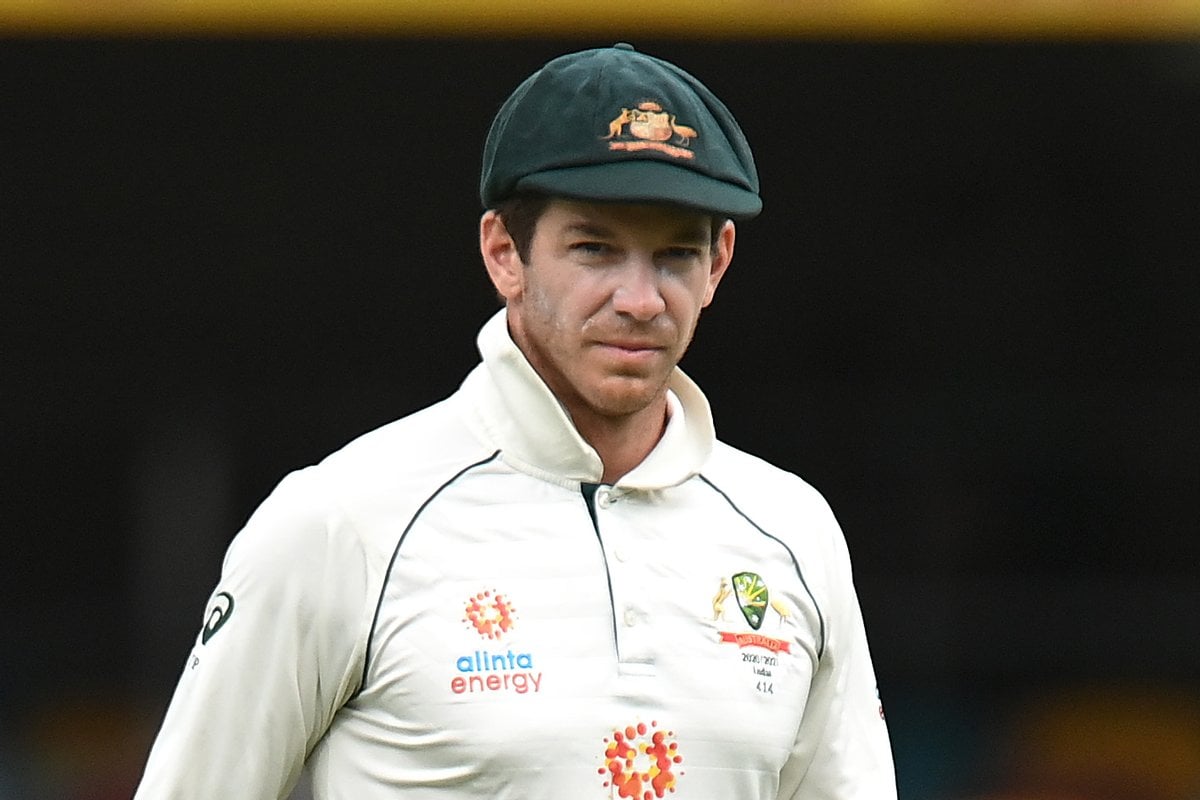 Tim Paine has quit as Test captain after being investigated by Cricket Australia for allegedly sending explicit messages to a female co-worker.

The veteran wicketkeeper, who has been facing a race against time to be fit for the first Ashes Test on December 8, has been named in a News Corp report as being at the centre of a sexting scandal. He reportedly sent a colleague a “d*** pic” as well as a series of lewd messages.

The 36-year-old fronted media in Hobart on Friday to announce he was resigning.

"It's an incredibly difficult decision, but the right one for me, my family, and cricket," he said.

"As a background on my decision, nearly four years ago I was involved in a text exchange with a then-colleague.

It is understood that the messages date back to 2017, months before Paine was recalled to the Test team after a seven-year absence.

Paine was elevated to the captaincy in March 2018 following the explosive fallout from the ball-tampering scandal in South Africa.

Fast bowler Pat Cummins is Australia's current vice-captain and had been tipped to assume the role once Paine retired.

Full pubs, dancefloors as Victorian rules ease ahead of 90%.

Victorians fully vaccinated against COVID-19 can pack into pubs and hit the dancefloor again, after more freedoms were returned ahead of summer.

Almost all of Victoria's remaining coronavirus restrictions lifted just before midnight on Thursday, as the state inches closer to 90 per cent full vaccination in those aged over 12.

The changes mean double-dosed Victorians are now able to dance in clubs and home visitor limits as well as cafe, bar and restaurant density caps have been dumped.

At 11.59pm tonight restrictions are lifting in Victoria.

There will be no density limits.

No restrictions on how many people can visit you at home.

No masks in most places.

And if you want to celebrate - you can hit the dance floor too. pic.twitter.com/POq9jl61e2

Non-essential retail has joined the state's vaccinated economy, banning unvaccinated and partially vaccinated people from visiting those shops unless they are aged under 12 years and two months or have a valid exemption.

There are also major changes to isolation rules, including reducing the number of days positive cases must quarantine from 14 to 10.

Premier Daniel Andrews said Victorians had earned the freedoms through their strong vaccine uptake, with the state predicted to reach its 90 per cent full vaccination target at the weekend.

Meanwhile, the Victorian government is courting crossbench MPs in an effort to save its pandemic legislation from being defeated in the upper house.

The Public Health and Wellbeing Amendment (Pandemic Management) Bill was expected to pass parliament on Thursday, but the return of Labor minister Adem Somyurek meant there wasn't a majority.

Read: We need to talk about the dangerous rhetoric against Daniel Andrews right now.

A search for the remains of missing three-year-old William Tyrrell is entering its fifth day on the NSW mid north coast, as rain threatens to hamper search efforts.

Showers and possible thunderstorms are forecast for the mid north coast on Friday.

On Thursday, Australian Federal Police officers brought in ground penetrating radar to scan a concrete slab at the Kendall property that belonged to the boy's foster grandmother.

Archeologists and other experts are assisting police sift soil and scouring through natural debris in a bid to find for any trace of missing missing toddler William Tyrrell in Kendall on the NSW Mid North Coast @abcnews pic.twitter.com/UY0RFQyQgi

William disappeared from the property seven years ago, but the slab was laid after that.

It comes after police investigated theories he may have fallen from a balcony at the property.

Earlier this week police also seized a Mazda that previously belonged to the foster grandmother, who has since died.

Cadaver dogs have also been on the scene.

The Queensland government has accused Prime Minister Scott Morrison of trying to claw together "a coalition of anti-vaxxers" for his own political survival.

Mr Morrison panned state vaccine mandates on Thursday, saying they should only be enforced in settings where health workers deal with vulnerable people.

The prime minister took aim at Queensland's plan to ban unvaccinated people from venues that will be reopened once 80 per cent of eligible residents are fully vaccinated.

"They should be able to go to a get a cup of coffee in Brisbane, regardless of whether you've had a vaccine or not," Mr Morrison told reporters on Thursday.

Scott Morrison has been accused of dog whistling to anti-vaxxers after he took issue with Queensland’s strict vaccine mandate for venues. https://t.co/6BvegJmnl3

Queensland Deputy Premier Steven Miles lashed out at the prime minister, accusing him of backing "dangerous fringe elements" such as the anti-government protesters in Melbourne.

"He is so desperate to claw together a coalition of anti-vaxxers for his own political benefit that he is undermining confidence in our vaccine," the deputy premier told parliament.

WA Premier Mark McGowan on Thursday accused Scott Morrison of dog-whistling to anti-vaccination “terrorists," urging the Prime Minister to get on the same page as all of the premiers and chief ministers in trying to get people vaccinated.

"There just should not be any weasel words," Mr McGowan said.

"We can't have anyone trying to score points with the anti-vaxxers or dog-whistling to them."

Ash Barty joins elite after third year as No.1.

Ash Barty has joined some of the greatest names in tennis, becoming the fifth woman player ever to be crowned as world No.1 at the end of three consecutive years.

Australia's Wimbledon champion hasn't competed for more than two months but no one has come close to catching the world's best player.

Wimbledon champion Ash Barty finished No. 1 in the WTA singles rankings for the third consecutive season.https://t.co/3eyT19BVvg

The Women's Tennis Association (WTA) officially confirmed on Thursday that the Queenslander had earned the accolade of the year-ending No.1 ranking.

She joins Steffi Graf, Martina Navratilova, Serena Williams and Chris Evert as the only players to finish year-end No.1 for three straight years.

Flower moon in bloom for Australians on Friday 8.02pm (AEDT).

A blood red moon will grace Australia's skies on Friday evening when the country experiences a partial lunar eclipse, the first since a full eclipse in May.

The almost-perfect 99.1 per cent coverage of the moon's area by earth's umbra will see it blaze in a dark reddish hue, as the light from the earth's atmosphere is refracted onto it.

Onlookers around Australia will witness the lunar eclipse - when the earth sits between the moon and sun - for an unusually long duration, a total of six hours and two minutes.

It will be visible around the country, as well as from North America, South America and parts of Europe and Asia.

- Members of Afghanistan's women's youth development soccer team and their families have been flown to Britain with the help of a US rabbi, a UK soccer club, and Kim Kardashian West.

30 players of Afghanistan's women's youth soccer team arrived in the U.K. after being evacuated from the country and stranded in Pakistan.@KimKardashian and her brand @skims helped pay for a charter flight for the group pic.twitter.com/ho5BtCfHSv

- French legislation will ban wild animals at the circus and introduce a one-week cooling-off period for anyone who wants to buy a pet.

- Pakistan has introduced chemical castration as a possible punishment for serial rapists under a law that also calls for faster trials of suspected sexual offenders.