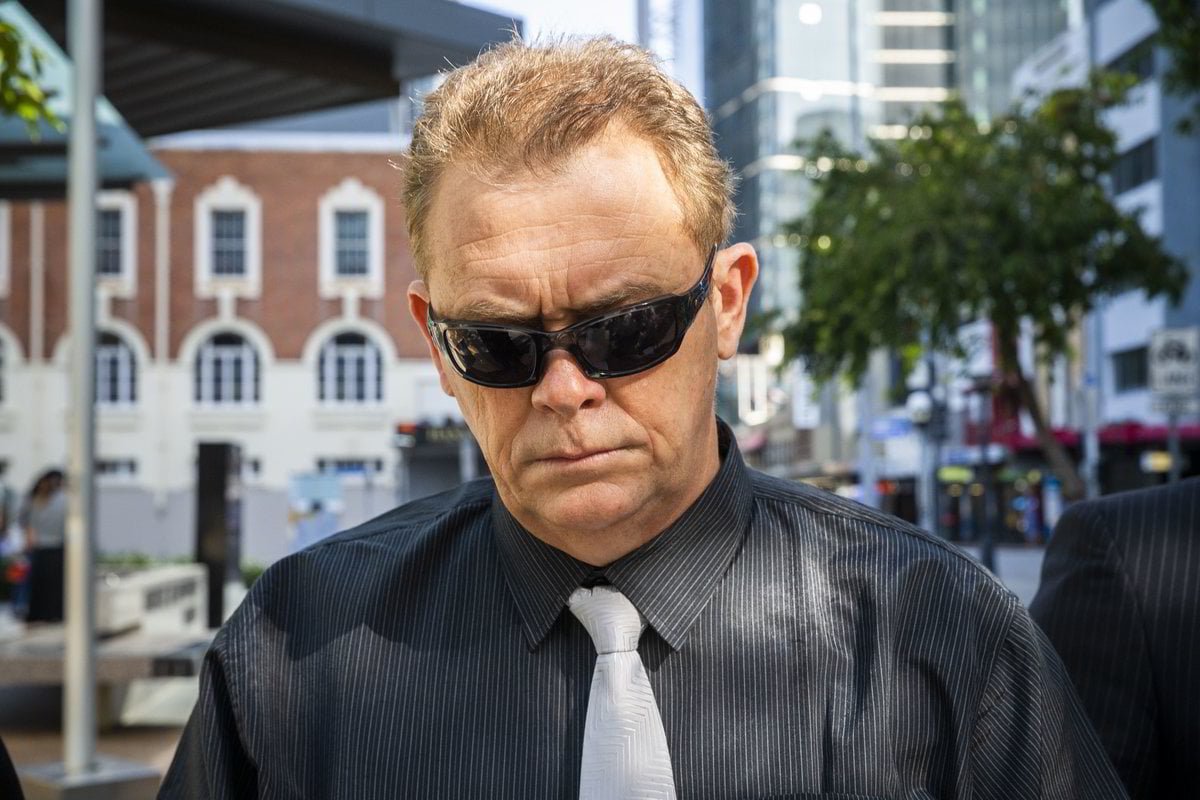 When Queensland police officer Neil Punchard leaked a woman’s address to her violent ex-partner, he wanted to terrify her.

The then-47-year-old had been an officer for a decade, and sent text messages to the man – who was a mate of his – joking about the matter.

“Just tell her you know where she lives and leave it at that. Lol. She will flip,” he wrote in a message that was later sent to Queensland’s Crime Commission.

But it wasn’t just one leak – it was nine, all sent during a year long period in 2013. Along with the confidential information from the police database, he also gave his friend advice about what to say in a series of derogatory rants about the Gold Coast woman.

In one instance, Punchard drafted an email that was intended to "send to the bitch that will hopefully make her s*** herself."

"You've been quiet for too long. I know you're screaming on the inside. Let loose on her," he further advised.

Due to Punchard's actions, Julie*, which is the name The Guardian has been using to protect the woman, has been living in fear for the last few years.

"Words cannot describe the hurt, the stress and deep anxieties that I suffer on a daily basis because of a police officer in a job expected to protect me, did the exact opposite," she wrote in a statement that was later read out in court.

Julie was pregnant with her third child with her current husband when the leaks were made to her abusive ex.

Julie had to move twice because of Punchard's leaks and says her former husband turned up at her place 12 times after being provided with her address.

"The vile misuse and abuse of power has meant that I feel endlessly threatened and vulnerable," she said. "I cannot comprehend how a person in such a trusted job could do such a horrible thing and think it would be without consequence."

It took three years for Julie to see her fight for justice play out in a court of law.

Two police investigations cleared Punchard before the Crime and Corruption Commission overturned those decisions thanks to Julie's determined push for action.

"An officer gave the details of where I was living, gave them to his mate, using the police database as if it was a Yellow Pages,” Julie said during a QCAT hearing in June 2018, reported The Guardian. “Now, this officer, Neil Punchard, is still in a job. He still has access to the police computer. And I have had to move ... [and] cross my fingers like this and hope he doesn’t do it again."

"I'm already intimidated. I came here today because there is an officer with a gun and a grudge and access to my private details. The damage is done," Julie said.

At the QCAT hearing, Julie launched a breach of privacy claim seeking compensation from the Queensland government for having to move because of Punchard's actions. The maximum payout she could receive was $100,000, however she estimates the damage caused is much worse.

In October 2018 Punchard was finally charged with nine counts of computer hacking and was suspended.

He pleaded guilty to the charges after failing to have them thrown out on a technicality, and in October 2019 he was sentenced to a suspended two-month jail sentence.

However, on Tuesday this week, his jail sentence was set aside after he appealed the harshness of the sentence.

District Court Judge Craig Chowdhury on Tuesday ordered Punchard be sentenced to 100 hours of community service on one charge and 40 hours on another.

On another two charges he was convicted, but not further punished and no convictions were recorded.

Judge Chowdhury said in his published reasons that a police officer with Punchard's experience "should have known better than to involve himself in an acrimonious family dispute".

But he found a jail sentence was "excessive when having regard to the precise circumstances of the offending, the mitigating factors, and sentences imposed by magistrates for this specific offence in other cases".

The woman at the centre of the long-running legal battle confronted Judge Chowdhury after he handed down his judgment.

"I am not discussing my decision. Under our system I have delivered my decision, it is public and you can have regard," he said before adjourning the court.

Outside court, the victim said she was incredibly disappointed by the decision.

"I think I have been let down by the legal system," she said.

"I can't understand how he has gotten off any punishment and the sentence has been lowered."

She called on police commissioner Katarina Carroll to sack Punchard, despite the officer escaping a conviction, saying it was the only way to show she is serious about protecting women and children, victims of domestic violence and privacy breaches.

"It is abhorrent to have somebody who has committed such a serious offence to still be employed by the QPS," the woman told reporters.

The Queensland Police Service said Punchard was suspended from duty but could not confirm if he would keep his job, saying the outcome of the appeal would be considered.

"The Commissioner has publicly acknowledged that a failure to discharge prescribed responsibilities in an ethical, professional and lawful manner erodes public trust and confidence," the QPS said in a statement.

"The QPS has acknowledged that the unlawful or improper use of information can have significant consequences and impacts for those individuals whose privacy have been breached, and has expressed sincere regret."

Reply
Upvote
2 upvotes
Short of commiting a violent crime in person, I can't think of a better way to for a policeman to demonstrate that they're not fit for their role and are completely deserving of prosecution, perhaps "Using a carriage service to menace".
The way that the police ranks have closed should also be investigated and may be grounds for prosecution of individuals who have caused a miscarriage of justice. It seems sensible to remove investigation of themselves from the police's purview, if that is what is happening here.
That sort of stuff needs to be stomped on hard, because it creates fertile ground for the endemic corruption that the QLD police were infamous for, not so long ago.
C
cat 2 years ago

Reply
Upvote
1 upvotes
This is disgusting- the same police were pretending to be devastated over the death of Hannah Clarke just months ago. It seems they would have happily handed her to her abuser as well. This officer should have been charged as an accessory to the abuse and intimidation. He should be in jail, and the thought that he’s still an officer is abhorrent.
Resources
Very Peri
Skin
News
General
Opinion
True Crime
Politics
Sport
Explainer
Entertainment
Celebrity
Reality TV
Movies
TV
Books
Rogue
Royal
Lifestyle
Beauty
Fashion
Weddings
Home
Wellness
Health
Fitness
Travel
Food
Family
Before The Bump
Pregnancy
Baby
Kids
Teens
School
Parent Opinion
Work & Money
Money
Finance
Career
Lady Startup