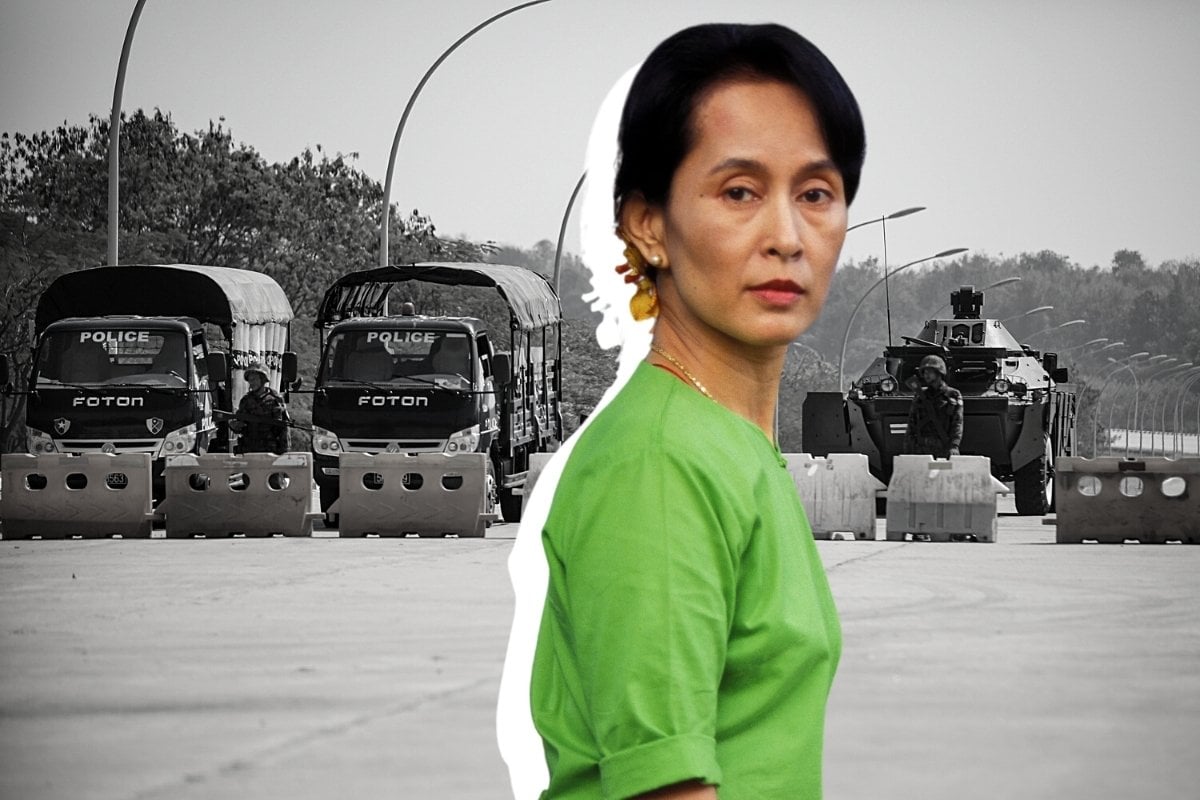 On Monday morning, the 54 million people of Myanmar, a country in Southeast Asia, awoke to an attempt to dismantle their relatively new democratic government.

At dawn, Myanmar's military seized control of the country after detaining their democratically-elected leader Aung San Suu Kyi and other government officials. Amid the political unrest, the country's internet was temporarily cut off, banks were closed and flights have been cancelled.

Here's everything you need to know about the military coup of Myanmar.

Why did this happen?

Myanmar has a long history of political unrest.

The military possessed dictatorship-like power in Myanmar from 1962 until 2011, before parliamentary elections were introduced to form a quasi-democracy.

In 2015, the country - also known as Burma - held their first national vote and elected the National League for Democracy (NLD) in a landslide victory. This meant Aung San Suu Kyi, the leader of the NLD, was the country’s new civilian leader.

Myanmar was still only considered partially democratic, though, because their military-drafted constitution guarantees that unelected army members will occupy 25 per cent of seats in Parliament. 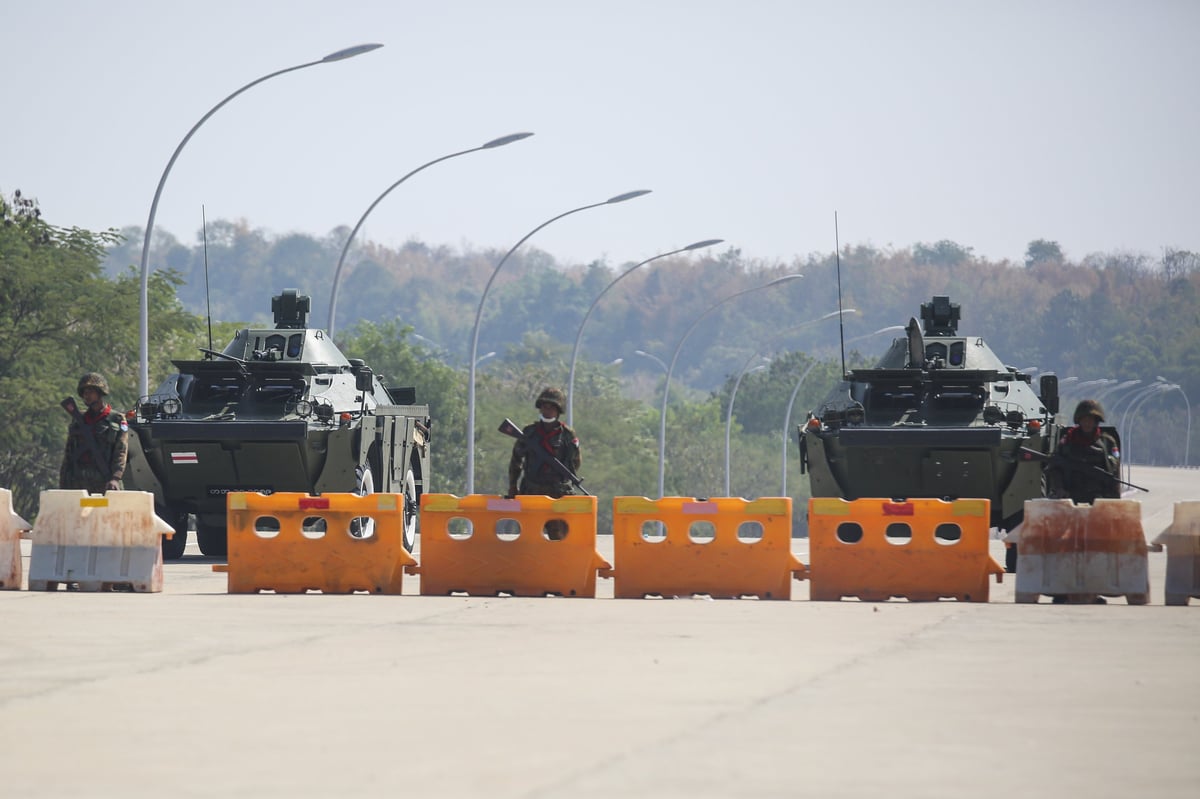 Military soldiers with tanks block the road near parliament in Naypyidaw in Myanmar on February 1, 2021. Image: Getty.

In November 2020 another election was held and the NLD again won in a landslide, whilst the military-backed Union Solidarity and Development Party (USDP) lost.

Echoing former President of the United States Donald Trump, the military claimed widespread "election fraud," despite there being no evidence to support these claims.

The USDP demanded a re-do of the election, but NLD said they comfortably won so there was no need. An election commission, handed down on January 28, confirmed no errors were made and rejected all allegations of voter fraud.

This triggered a military spokesperson to warn they may "take action" if there was not a re-run of the election.

Parliament was due to hold their first session this week, under the leadership of the democratically-elected NLD. Instead, the military staged a coup on Monday morning.

Who is Aung San Suu Kyi? 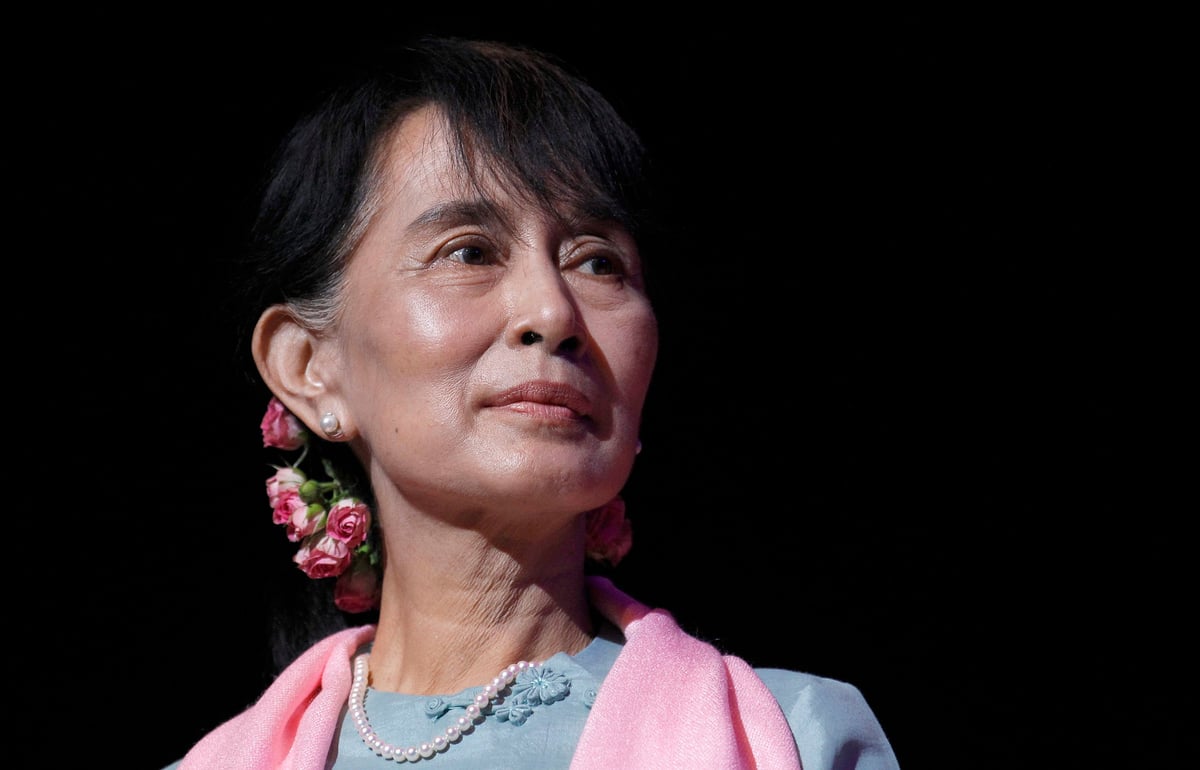 Aung San Suu Kyi's election win in 2015 was considered a crucial moment in the transition from a military dictatorship to a democracy.

Suu Kyi, who is also the daughter of independence hero Aung Sun, was imprisoned between 1989 and 2010 for her involvement in a civilian movement against the military. She became an international icon for her efforts to bring democracy to Myanmar and was awarded the Nobel Peace Prize in 1991.

In 2015, she became the country's civilian leader alongside their President U Win Myint.

More recently, however, she has gained a problematic reputation after she defended Myanmar's crimes against the Rohingya, a Muslim ethnic minority group, during a 2019 trial at the International Court of Justice.

The military's recent coup saw Suu Kyi be detained alongside other leaders of her NLD party.

In a statement, Suu Kyi said: "The actions of the military are actions to put the country back under a dictatorship.

"I urge people not to accept this, to respond and wholeheartedly to protest against the coup by the military."

What is happening inside Myanmar?

On Monday morning, television broadcasts were suspended, domestic and international flights were cancelled, state TV went off air and internet services were disrupted, according to The New York Times. Banks were also closed, but have since reopened. 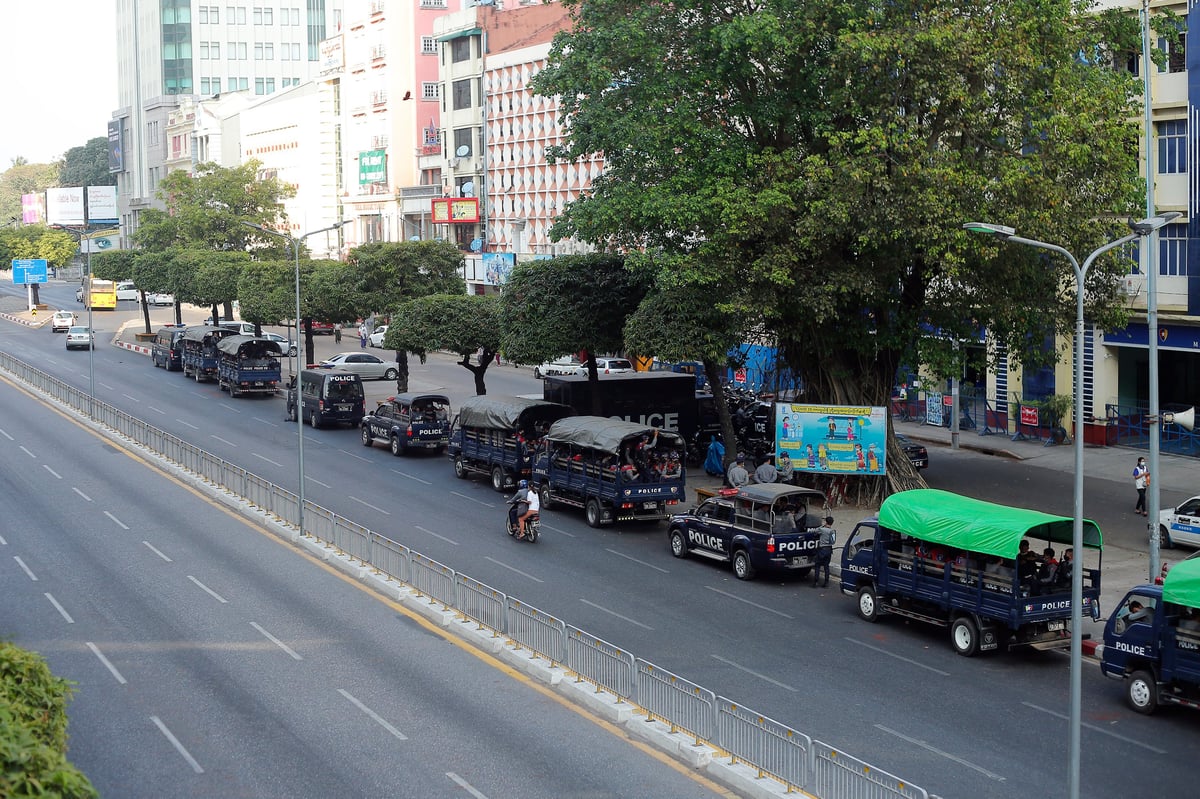 In major cities, the military are roaming streets and the once-pervasive presence of NLD flags around town have been removed.

A video of a woman teaching a live aerobics class, unaware of the military presence in the background, has gone viral on Twitter.

A woman did her regular aerobics class out in open without realizing that a coup was taking place in #Myanmar. A Military convoy reaching the parliament can be seen behind the woman as she performs aerobics. Incredible! pic.twitter.com/gRnQkMshDe

"Things are still pretty quiet for now, though people are awake and scared. I've been fielding calls since 6am from friends and relatives. The internet is in and out and my sim card no longer works."

I guess I'll be live tweeting a coup now. Things are still pretty quiet for now, though people are awake and scared. I've been fielding calls since 6 am from friends and relatives. The internet is in and out and my sim card no longer works.

A 25-year-old resident of Myanmar who anonymously spoke to BBC explained what it felt like to learn of the military's coup.

"Waking up to learn your world has been completely turned upside down overnight was not a new feeling, but a feeling that I thought that we had moved on from, and one that I never thought we'd be forced to feel again," she reflected.

"What really hit me was seeing how our regional ministers were all detained. Because this meant that they really took everyone, not just Aung San Suu Kyi," she added.

How has the world reacted?

US President Joe Biden said the international community should unite to push the military "to immediately relinquish the power they have seized, release the activists and officials they have detained".

Britain's Prime Minister Boris Johnson called for the release of Suu Kyi and others, saying "the vote of the people must be respected".

I condemn the coup and unlawful imprisonment of civilians, including Aung San Suu Kyi, in Myanmar. The vote of the people must be respected and civilian leaders released.

Prime Minister Morrison said the military's coup was a “rather disturbing” development.

“Clearly, there are very significant hurdles for them still to overcome and the tensions are still very present,” Morrison said.

"We have joined in a statement last Friday, opposing any efforts to alter the election outcome and urging the military and all parties to adhere to democratic norms."