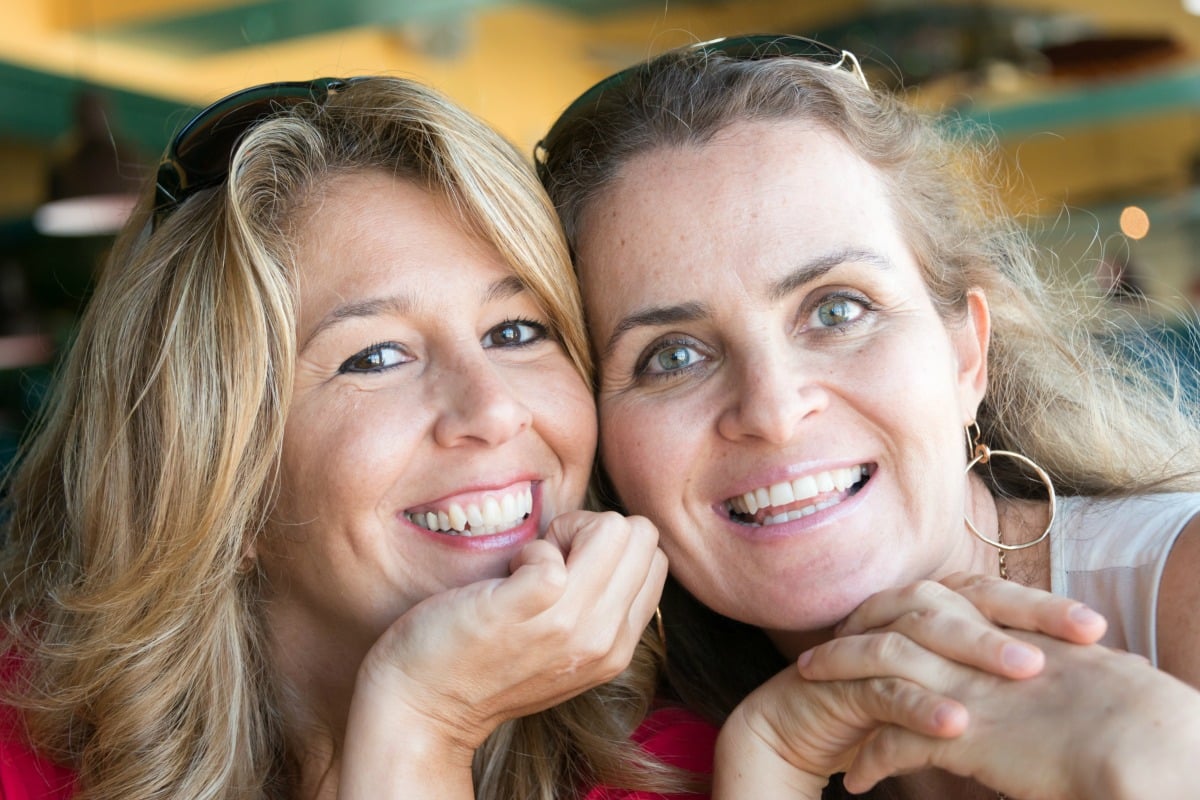 I’d always felt a bit jealous of people with best friends. Perhaps it’s more the stuff of movies than real life, but that close friendship, where you laugh and cry together, know everything about each other, take bike rides past the cute guy’s house with one of you sitting on the handlebars  – okay that’s definitely movie friendship  –  but still, it looked nice.

I’d always had a close group of friends but, except for my husband, never an adult best friend relationship.

Then Jana came along. Jana was a tiny, beautiful woman with a huge personality. She spun around in her seat at church and introduced herself with a huge smile and the kind of focused attention that made you feel like the only person in the room.

She held my arm as she talked, shared her life story, and wanted to hear mine. Our babies played on the floor next to us, apparently enjoy each other’s company too. Jana was bubbly and kind-hearted. She had a charisma that drew you in. We were instant friends. In fact, we were instant best friends according to Jana.

"You’re my new sister," she announced. "I think we should be best friends."

Jana made my weeks lighter. We hung out as much as we could: taking our bubs out in their prams for walks, going to town for coffee, sharing our lunch and our stories. As I got to know her, I learnt how difficult her story was. She’d had a string of traumatic life events, and, I'd soon find out, there was more to come.

I felt sorry for my friend. She had the worst luck. She’d been hit by a car crossing the road early in her pregnancy and had spent eight months in hospital.

Her childhood had also been difficult, and she struggled with the leftover effects of a past eating disorder. Having a hard time with her health issues, she started asking me to babysit for her.

It became quite a frequent request, but I was happy to help. Soon the helping extended to other areas: Jana was struggling financially. She needed baby clothes, help with chores around the house, driven places (she had no car)… the requests started to feel a bit much.

The baby’s father and she had an unusual relationship. It was on and off, but there were other men on the scene too. She held them at arm’s length romantically, but let them do things for her.

They bought her groceries, took her places, made promises to look after her. Everyone was in love with Jana it seemed. I knew about all of them but each guy thought he was the only one. When they came over, I’d smile and chat, but it left me feeling dirty: like I’d gotten myself into the middle of something very complicated.

I found out she had quite a crowd of people helping her with various things. Feeling used, I started to pull away. For a few months, I hardly saw Jana, but then she rang me in tears.

"He’s dead," she managed to get out. "Sam had a car accident. We were fighting. Can you come?"

I was at her side in minutes. We held each other and cried. Sam was her baby’s father. They’d had an argument on the phone and he’d been driving to see her so they could talk things out. He was speeding and ended up with his car wrapped around a tree instead.

Our friendship was instantly renewed and once again we spent most of our weeks together.

"You really are my best friend." Jana said to me often.

After a few months, Jana slowly returned to her bubbly self. She worked through her grief and was enjoying her growing baby. Life was improving. She got a sales job and her financial situation improved too. Our friendship started to feel more equal again.

Then she approached me with a favour.

"With my job, I have to prove I’ve been talking to people about the company," she said and handed me a pile of paperwork on a clipboard.

"Would you mind helping? You just need to fill in the form. You don’t have to actually sign up. I get a bonus for each person I talk to."

I trusted Jana. We’d known each other for over a year. "Of course!" I said grabbing a pen. I knew she could do with the extra money. I filled in my details and left the sign-up page blank. Then I forgot about it…

Until the bill arrived in the mail.

"What’s this?" I asked my husband, holding a bill for a company I didn’t recognise.

He shrugged. "Nothing to do with me."﻿

I quickly picked up the phone.

"Your signature is right here on the form," they told me.

"Can you send me a picture?" I asked.

They emailed the sign-up form through and under my name and details, clearly filled in with Jana’s handwriting, was a signature that looked nothing like mine.

"Can you stay on the line, please," they asked. "We’ll do a three-way call with the rep."

I waited while they spoke with Jana and heard her apologising on the other line, trying to charm her way out of it. I could hear her saying, "I didn’t mean to upset anyone." All I could think was, have I been conned?

I know not all best friends are like Jana. If you’ve found a bestie who’s loyal and trustworthy, kind and loves you, that’s incredibly special.

But best friends can be problematic.

There’s a certain type of person who makes fast "best friends" because they want your loyalty. They want to make you exclusively theirs. In their insecurity, they label you a best friend because they’re scared to lose you. Being someone’s bestie can lock you into a relationship that isn’t really the best for you.

Once I’d gotten over the shock, I accepted Jana’s invite to coffee and listened to her apology. We hugged. I forgave her. I know she has a troubled mind and life: I wasn’t going to take it personally. But all trust was lost and with it, the friendship.

The group of friends I have now are wonderful. Some I’ve known so long they feel more like sisters. But I won’t be labelling any one of them a best friend.