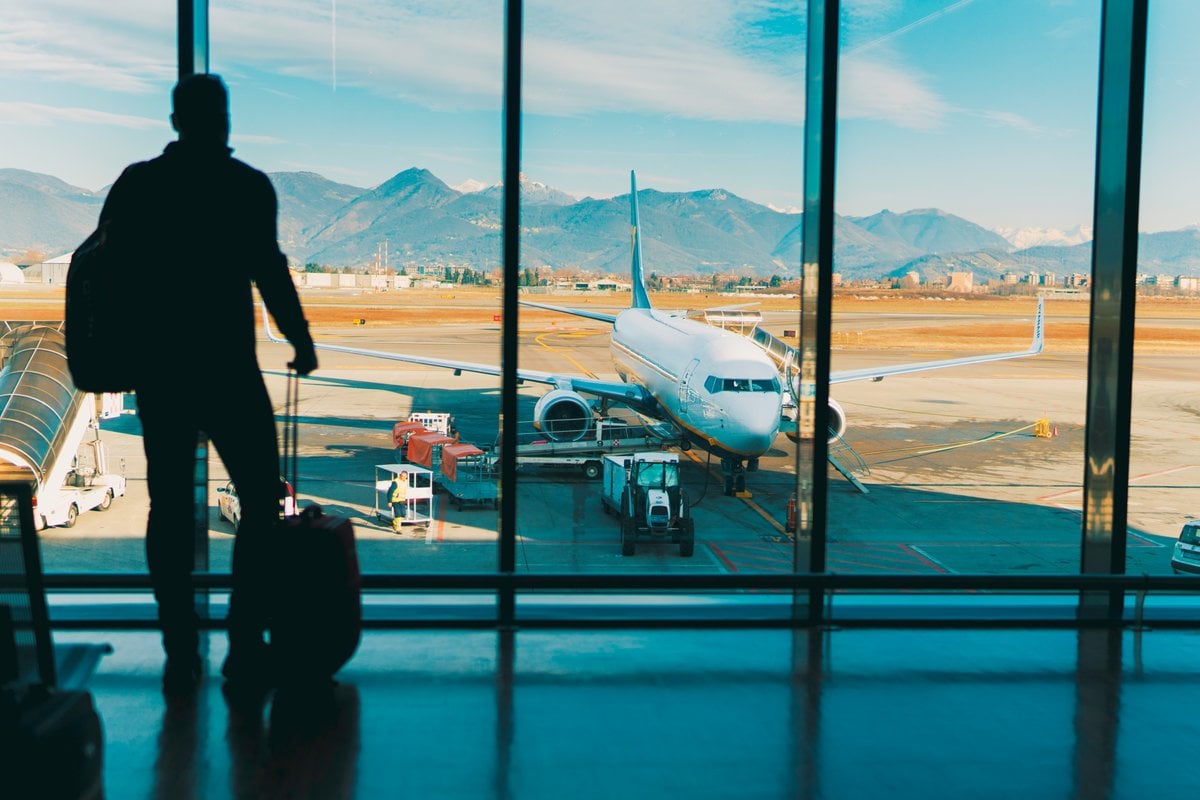 I left the country, never having met her.

Wheels and wings lifted from the runway, as did my chance of talking with her face to face. Momentum pressed my head into the back of the chair. When I looked out the window, clouds had consumed Lima, Peru.

I guessed it wasn’t meant to be. We were never meant to meet. Never meant to share a physical space. To stand in front of the other. Instead, poor timing and a scheduled flight interfered. Fate tugged me away like a kitten pulling at loose string.

But fate doesn’t control everything. There are ways to influence it. To feed it ingredients. To suggest an outcome. I had no delusions of meeting her in person. When would I ever be back in Peru? Or South America for that matter?

Well now, seven years later, I’m returning to those questions as fate rolls the loose string back to its spool. Except this time around, I may be staying there for good.

All for a woman I’ve never met in person.

The times they are a' changing.

Like many, COVID attacked my plans like a child playing with sticks. It snapped everything in two, leaving me on one side, and my plans and dreams on the other.

In the midst of a move from one side of the country to the other, the destination blocked itself off and would no longer accept me. The departing city had established its own rules. The apartment would not have me back.

Falling deeper into the crack of terrible timing, I turned to family and stayed with them while I figured things out, but I knew I couldn’t stay forever. It left me with two options. Sit on my hands and wait, or run from reality as long as I could.

I’ve never been good at waiting.

So I bought a 60-year-old camper, fixed it up, and ran. I toured the United States, seeing what was open, and experiencing what I was allowed.

Full-time life on the open road is invigorating. It’s exciting. And it’s lonely. My two dogs did the best they could, and usually, that was enough, but there were times I’d long for companionship. To share a sunrise with someone. To walk through empty towns together.

Isolation has a way of creeping up on you. Like a snake silently slipping up your leg, wrapping itself gently around you. By the time you know what’s happening it’s already starting to squeeze and there isn’t anything to be done.

In those times, I’d talk to her. The girl from Peru. The same way I’d talked with her for the previous seven years.

When the jet touched back down in Los Angeles, we continued to talk. We migrated the dating app conversation over to WhatsApp.

Sometimes when conversations migrate to another platform, it has a way of drying up. A technological heart not accepting the transplanted conversation, leaving it rejected and without life.

But ours flourished. It went from the occasional text message to voice messages to phone calls. Nothing ever expected. Everything always appreciated.

There’s a satisfying safety in maintaining a conversation with someone you've never met before. As if anything can be talked about without fear of it getting out. Like speaking great secrets into the wind. It holds onto the secrets, never breathing it to another.

She became the wind of my secrets. I the wind to hers.

A level of mental intimacy forms in such cases. An intimacy of knowing more about someone than maybe anyone else. Cracking open my skull and exposing my inner thoughts and passions and emotions to someone forever forges a connection not easily crafted.

Would we have had the same intertwined relationship had we met in person? Would we have ended like the two dates I did go on? Meeting for a meal then waving goodbye to a departing taxi, never to hear from them again? Is the only reason we’ve maintained such a connection simply because we never met? We never spoiled the intrigue?

Fate found a way. I just didn’t know it at the time.

And now, the time we’ve texted and called and chatted has welded our connection stronger. Tighter. We have seven years of these connections. She may know more about my very being than any other.

Where does that connection end? Can there be a new beginning?

When running from becomes running to.

I knew I couldn’t run forever.

Was I even running?

After nine months of travelling through the United States, I didn’t know what I was doing any longer. But it couldn’t go on.

At some point it would end, forcing me to face the sharp end of reality, whether I was running or simply treading water until something else came along.

Nothing called out to me for a final destination to set down. To stop. To drop anchor and set up roots. There were places I liked more than others, but nothing felt right.

I asked my friend in Peru for her advice. To help talk me through. To maybe iron out my thought process and help me find answers in the straightened out wrinkles.

And that’s when it hit me.

Why remain in the United States? The person who knew me better than any breathing being on the planet lived somewhere else. Would happiness not come from being around her? Close to her? With her?

I had no attachments. In that way, I had no home either. With my entire family having moved out of the childhood house, any semblance of home lived only in my memories, and I couldn’t live there.

But why live in the past when I could build something new in the future?

I’ve decided to go. To pick up the stakes, to sell off my belongings, and, with my two furry companions, make the move. To a new adventure. To a new home.

Could the relationship crumble under the weight of reality? Could what we had remain only in a digital space? It’s possible. After all, not every conversation survives the transplant from one platform to the other.

At least this way I’d be running to a new beginning, instead of running from a crumbled ending.