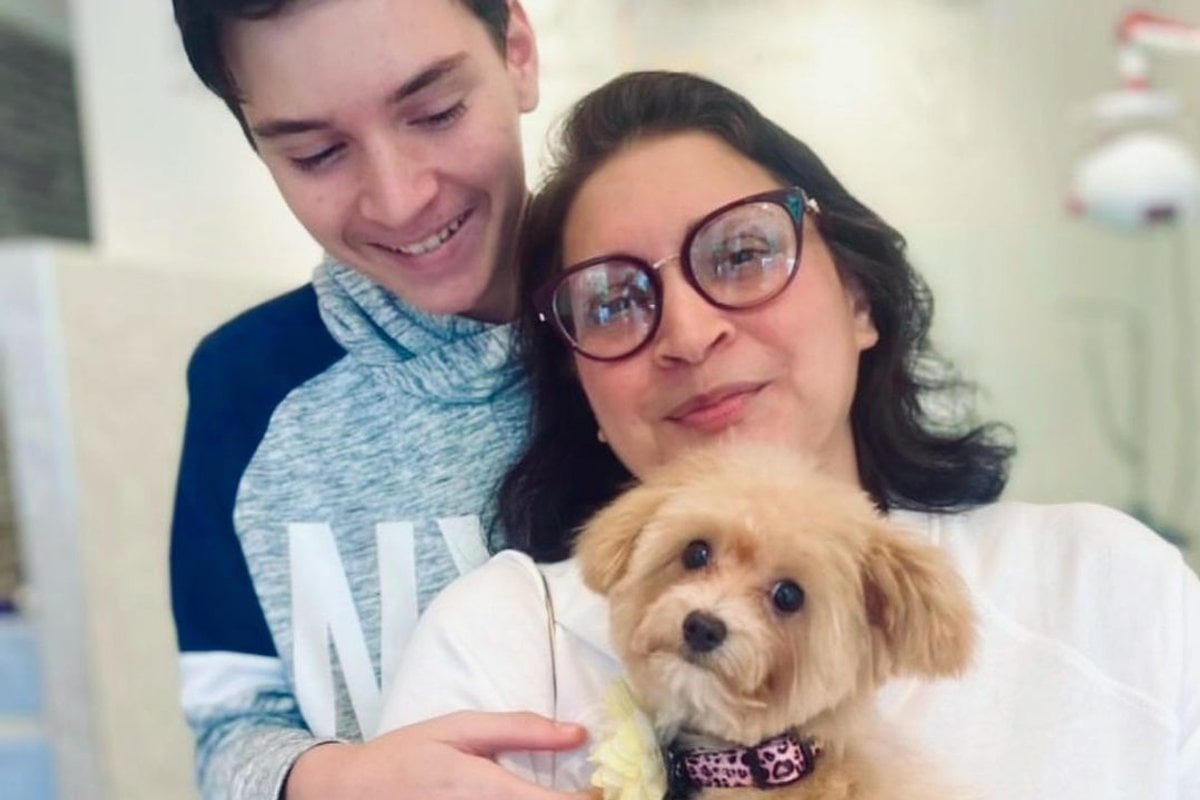 Are you okay after Mother’s Day?

I ask because I know, from personal experience, the day can be either glorious, or leave you feeling deflated – or a bit of both.

That’s the thing with Mother’s Day. It’s an occasion we’re expected to celebrate... which leads to even more expectations... which are often unfulfilled.

Side note: What makes the sexiest man in the world? One who shares the mental load, of course. Post continues below.

Your best friend didn't acknowledge your first Mother’s Day without your mum. Your husband totally forgot. Step mums were not acknowledged. Women struggling with infertility were sad.

And yes, friends laughed unkindly at your genuine post about being a fur mum.

The day was not exactly what you expected - but take heart in one thing – you’re most certainly not alone.

For every mum having an ad-worthy Mother’s Day, there’s a woman who is disappointed, lonely, sad.

Or maybe she was a woman, like my sister, who missed out on the day altogether because she died last year, and would have given anything to have enjoyed the day with her beloved boys. But more on that later.

There’s my friend who lost her mum to cancer five years ago, for whom Mother’s Day is an occasion she dreads.

The friend who lost her son a decade ago – and yes, she has other beloved children – but the day is nowhere near the same without her first-born.

The friend whose husband just left her, walking out of their home, leaving her with their three kids.

The friend whose Mother’s Day might be the last one with her mum she visited on the day in a hospice.

The friend who has organised her own Mother’s Day for 15 years because her husband expects her to source the venue, make the booking, and invite his own mother – even though her mother is no longer here.

These are just examples of women I know whose Mother’s Days have ‘failed’ them. Failed the idea of bliss and perfection we’re conditioned to believe is possible.

And so the day after is a time of reflection – texting friends, telling them you feel let down.

The thing is, life is complicated. And unpredictable. Which is why special occasions such as Mother’s Day don’t always go according to plan.

Until a decade ago, they usually didn’t for me.

For a few years, before I became a biological mum, I was the step mum who never received acknowledgement on Mother’s Day – even though I was helping raise the kids – and they even gave me the nickname ‘Nummy’ (a hybrid of my first name, and ‘Mummy’).

But on the day – nothing. Not even from my then husband.

The Mother’s Days I was trying to get pregnant – two of them – were brutal.

Then there were the Mother’s Days which fell on my ex’s birthday. My first one was a disaster for that very reason.

After my separation, funnily enough my Mother’s Days improved significantly or a decade.

This year, my Mother’s Day was not about me. Leading up to it, my sister’s kids were on my mind (as they usually are) and it was heart-breaking to think of the occasion for them. Being the first one, they would still have fresh memories from last year. They are still aching for her and their pain is still raw.

It was not fair for them, as it is for other children without a mum. But I also felt so ripped off for Raji. She was the kind of mum who was all about making life magical for her kids every day – not even just on special occasions.

She’d be furious about her children being sad on the day. And even about how tough the day was on our own mother.

But let’s look at it this way if you’re feeling flat today. You and I and everyone else got through it and bloody well done to us.

Next year will be better, as these things often are. Let’s have hope for better years ahead.

And know that you’re not alone, my friend.