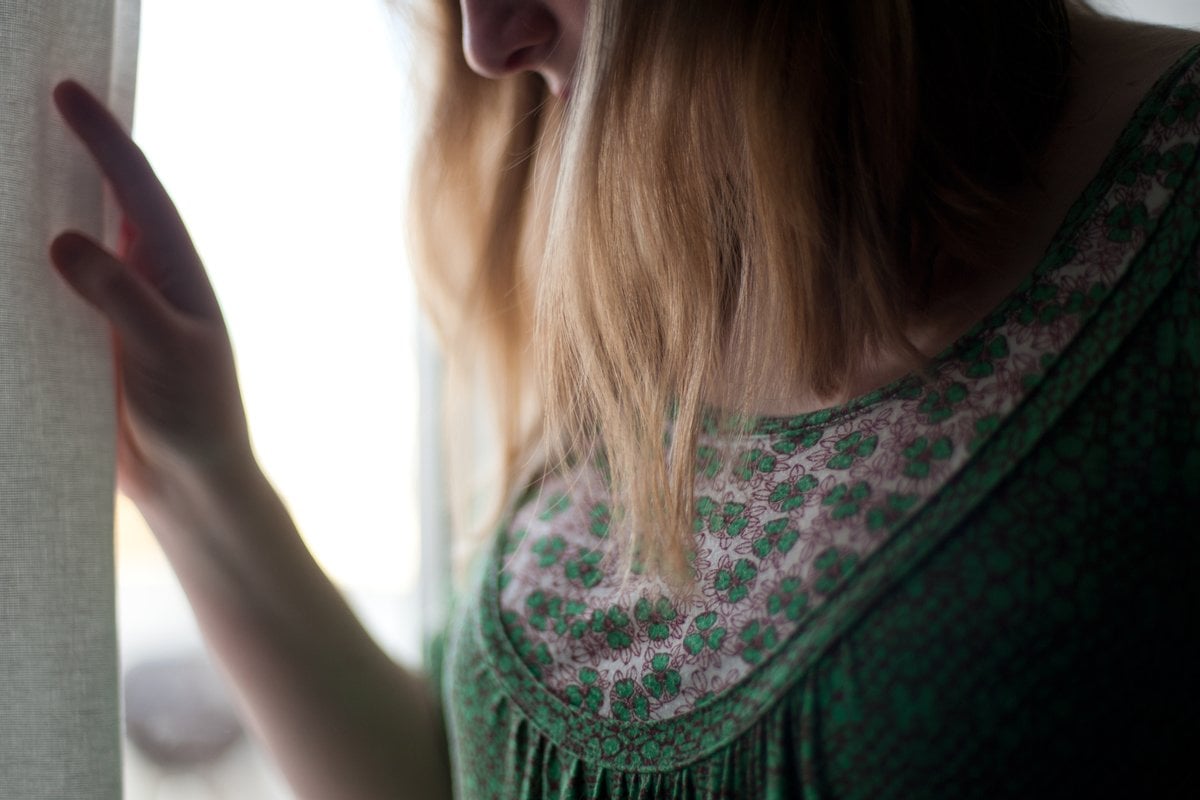 While Michelle* was pregnant with her first child, she felt like everything in her life was how she wanted it, there was only one element, she’d change: her job.

“It wasn’t that I didn’t like my job, it was just that being more exposed to the healthcare system through my pregnancy and then later throughout the delivery and birth of my daughter, my old job just seemed to lose its appeal and its importance. I had been considering it for a while but when I witnessed the importance of nursing firsthand throughout my journey, I became absolutely adamant about doing it,” she tells Mamamia.

At the time, she was working in a totally separate industry, so changing careers would mean going back to university and enrolling as a mature aged student after she’d had her baby.

“Initially, my long-term partner, Brad* was on board with this, in fact, he was excited for me.

"So, I applied after the birth of our daughter, Maggie*, and was accepted into a Bachelor of Nursing. I commenced the course about a year after she was born.”

For the first few months of the course, Michelle says that the part-time study contact hours weren’t too demanding, and she managed to make everything work.

“Brad was really busy at work when I first started, so limited in how much he could assist so I secured childcare hours for the days I needed. It worked out reasonably well, although it was expensive, but we were in the fortunate position to be able to afford it.”

About a semester into the course, Michelle began her first round of placement which is when she said that she first realised that Brad wasn’t as supportive of the idea as he had initially made out.

“With placement, the hours are set by the service and the university so there isn’t much flexibility, but I knew which weeks I would be doing it ahead of time and explained all of this to Brad. I said that he would need to take a more active parenting role and do more jobs around the house. This was when his attitude began to change.”

Michelle says that once Brad realised the extent of work and time that the course would require and that he would need to assist more with things he didn’t usually help with, like household chores, or putting Maggie to bed, that he became quite cold and closed off from her.

“We ended up arguing a lot because he emotionally shut down, as if he was punishing me. He just seemed really bitter about everything and acted like he was doing everything, and I was doing nothing to contribute, which was obviously not the case.”

Although Michelle tried talking to Brad about it a few times, she says that he wasn't receptive.

"He just thought the course was taking me away from my responsibilities as a mother and a partner and told me that perhaps it wasn’t such a great idea, that I didn’t need to do it. That’s when he also began to flat out refuse to help with things like taking Maggie to childcare or cleaning up the house. Sometimes he’d even head out to golf with the boys on the weekends to have some ‘de-stress time’ as he called it," she said.

For the next few months Michelle continued with her course attempting to juggle all the responsibilities solo and asking for friends and family to help look after Maggie.

But when she found out she was expecting for the second time, this was the final nail in the coffin in Michelle’s eyes and she withdrew from her course.

“Ultimately the reality was, he supported the idea of me studying and not the reality of it. It was either him and our family, or nursing and I chose my family.”

Unfortunately for Michelle, she is not the only one in this situation.

The research took place over the entire degree journey of 29 female participants at an Australian university nursing school, who were each living with a long-term male partner.

The research ultimately found that:

One participant, Lauren* said: “No he never compromised. To him all he really had as a responsibility was his work.”

While Michelle ultimately chose her family over her degree, she says that she should never have had to.

“It is complete and utter bulls**t that in 2021 women are still undergoing this pressure, that they are being put in a position to choose. I’ll probably always harbour some resentment about what Brad did and didn’t do but ultimately, it’s done now and I’m moving forward.”

As told to Shona Hendley, a freelance writer and ex-secondary school teacher. You can follow her on Instagram: @shonamarion.

*names have been changed

Reply
Upvote
Nursing is not a family friendly career, I did my degree as a solo mum of 2, I’m now a mum to 5 and working in community nursing where I was lucky enough to get a job mon-fri as I could not juggle 5 kids and shift work. Sometimes we make sacrifices for our families but there is nothing to stop her going back and studying when her kids are older.