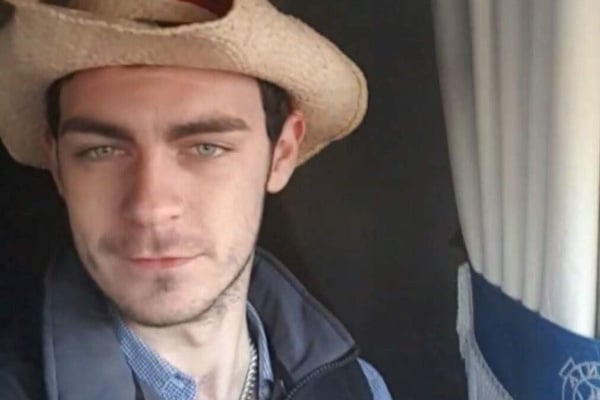 1. Everything we know about Mo Robinson, the driver of the UK truck found with 39 bodies inside.

The father of the truck driver being questioned over the discovery of 39 bodies in a refrigerated trailer east of London learned of his son’s arrest through social media, a community representative said.

British police searched two addresses in County Armagh, Northern Ireland, on Wednesday night that are believed to be linked to the driver, named in local media as 25-year-old Mo Robinson, from Portadown.

He remained in custody for questioning by Essex Police on suspicion of murder. Detectives have been given an extra 24 hours to question the driver.

On Thursday, the bodies were confirmed to be 39 Chinese nationals; eight women and 31 men. One victim was previously believed to be a teenager but police have confirmed they were all adults.

Robinson’s family are believed to have flown to England to support him. He is set to become a father of twins with his partner, who lives in Northern Island, the Irish Mirror reported.

Councillor Paul Berry said the village of Laurelvale, where the Robinson family live, was in "complete shock".

Berry said Robinson's father "had said he had been getting messages via people on social media on what was happening and at that stage it was not confirmed to him or his family that his son had been arrested".

"In the local area the feeling is one of complete shock and hope this is not a true story in terms of his involvement," Berry said.

Berry, who knows the father well, said the family were "very well respected" in the area.

"The local community is hoping that (Mo Robinson) has been caught up innocently in this matter but that's in the hands of Essex Police, and we will leave it in their professional hands to try to catch the perpetrators of this."

He said the family had been left upset by the "unwelcome spotlight" the incident had shone on them.

"It was very distressing for the family as they just felt they were captive in their own home," he said.

Officers are to start the process of removing the bodies from the truck and taking them to a mortuary for post-mortem examinations.

The bodies are expected to be taken in a private ambulance under police escort in several convoys to a hospital in Chelmsford, northeast of London, by the weekend.

Deputy Chief Constable Pippa Mills said the post-mortem and identification process will be "lengthy and complex".

The trailer arrived at the nearby port at Purfleet from the Belgium village of Zeebrugge in the early hours of Wednesday, while the front tractor section came from Northern Ireland on Sunday.

Ambulance staff made the discovery at nearby Waterglade Industrial Park early on Wednesday.

The deaths follow warnings from the National Crime Agency and Border Force of the increased risk of people smuggling via Belgium and into quieter ports such as Purfleet.

The NCA previously said it had a "greater focus" on rising smuggler numbers in Belgium after the closure of a migrant camp, and a Border Force assessment highlighted Zeebrugge as being among "key ports of embarkation for clandestine arrivals".

The agency also warned criminal networks are suspected to have started targeting quieter ports on the east and south coasts of the UK as well as the main Channel crossing between Calais and Dover.

The day after the incident, a group of suspected migrants were seen being detained in Zeebrugge, with some of them seen trying to climb a fence into a compound attached to a truck company before they were intercepted by police.

Notorious serial killer Ivan Milat is back in prison after spending 11 days in a Sydney hospital as he fights terminal oesophagus and stomach cancer.

Milat, 74, was taken back to Long Bay Prison on Tuesday after receiving treatment in a secure annexe at Sydney's Prince of Wales Hospital.

Milat has been undergoing chemotherapy since first being diagnosed in May.

The former road worker was sentenced in 1996 to seven consecutive life sentences for murdering seven backpackers whose bodies were found in makeshift graves in NSW's Belanglo State Forest in the 1990s.

Hundreds of protesters sang the British national anthem and waved flags as they created a human chain around the British Consulate in Hong Kong, calling for international support in their campaign for democratic reforms. https://t.co/6TSiCLLSrB pic.twitter.com/Zv519rpiWf

Australian diplomats are keeping a close eye on the "very volatile" situation in Hong Kong as pro-democracy protests enter their twentieth week.

Ms Lawson said the protests had settled into a pattern of more violent weekend actions, with less disruptive demonstrations during the week.

Protest numbers are down but there is an escalation in "more radical" elements engaged in more aggressive attacks and vandalism.

A radio-controlled explosive device was recently detonated near police vans.

Hong Kong police have responded by firing rounds of live ammunition at protesters in recent weeks.

"Many people have been injured, both protesters and police, some of them seriously," Ms Lawson told a Senate estimates hearing on Wednesday.

"We have consistently urged all sides to exercise restraint and to step back from intimidation and violence."

Foreign Affairs secretary Frances Adamson said her department was primarily focused on the safety of Australians travelling to or living in Hong Kong.

"That's been the focus of consular assistance and consular and travel advice as well," she told the committee.

"Obviously the situation in Hong Kong, its impact on the one country-two systems model, on the people of Hong Kong and the economy and indeed the freedoms that Hong Kong has enshrined in law is something that we have also been very attentive to."

Labor senator Kimberley Kitching asked whether Australia had considered giving asylum to those involved in the protests if the violence escalates and Beijing moves in.

"Senator, that's a hypothetical question that I'm not able to address in the way that you would like me to," Ms Adamson said.

Consular officials are in constant contact with stakeholders at home and abroad.

"We've been in very regular contact with the Hong Kong government and also with other influential groups in Hong Kong, including the business community of course, and also the Chinese representatives in Hong Kong," Ms Adamson said.

"Because one of the things we've been very keen to do is to urge restraint and to argue for a meaningful solution to the issues that have been raised and have now become so protracted and entrenched."

The committee was told there were roughly 100,000 Australians living in Hong Kong, and fewer people had travelled to the island since the protests began.

* For protests not to be characterised as a riot

4. Staff at a medically-supervised injecting room have been arrested for alleged drug trafficking.

Two workers tasked with bringing drug users into Melbourne's medically-supervised injecting room have been stood down after they were arrested for alleged drug trafficking.

Victoria Police said four men and four women were arrested in Richmond on Thursday, including two people who work at a "health facility" in North Richmond.

The pair are community outreach workers whose job is to bring drug users into contact with the injecting room's facilities and treatment options.

But police allege they are also involved in trafficking illegal drugs.

"Such behaviour is completely unacceptable and will not be tolerated.

"The government will swiftly investigate this matter and take action."

Victoria Police said they are not alleging that any offences occurred inside the facility.

"The trafficking of drugs causes significant harm in the community, which is why we are absolutely committed to arresting these offenders and putting them before the court," acting Superintendent Kelvin Gale said.

"While we recognise those who use illicit drugs have a health problem, we also know that drugs are a big contributor to crime."

The three-month investigation was targeted at drug dealers who "prey on the vulnerable", police said.

The Nine Network has shown footage of staff at the injecting room shielding the arrested woman from the cameras.

"Two North Richmond Community Health Centre staff members have been stood down, following their arrest by Victoria Police today," a statement from the health service said.

"North Richmond Community Health has begun a full investigation into this matter and will cooperate fully with Victoria Police, as its investigation continues."

The supervised injecting room opened in 2018 after the Labor state government agreed to build it as part of a bid to fight off the Greens in a by-election.

The state opposition argues the injecting room has increased crime in the area, and significant numbers of users are refusing treatment options.

5. Maths to be made compulsory for NSW students.

NSW to make maths mandatory for students in years 11 and 12 | @jordsbaker https://t.co/1vPbNlJ9Hw

Maths will be compulsory for all students until year 12 under a back-to-basics overhaul of the NSW curriculum, but Labor says a shortage of maths teachers means the plan doesn't add up.

Premier Gladys Berejiklian says the government will consult with education stakeholders over how mathematics can be incorporated from kindergarten to the end of the HSC.

"We promised to take the curriculum back to the basics and today we are taking the first steps to deliver on that commitment by prioritising maths," Ms Berejiklian said in a statement on Thursday.

"My vision is for every child in NSW to have the necessary maths skills to succeed in life, whether that's managing home budgets or preparing them for the jobs of the future in science, technology and engineering."

However, Labor spokeswoman Prue Car argues the government needs to first fix the "chronic" shortage of maths teachers in the state.

Data from the Australian Mathematical Sciences Institute shows Australia has been facing a shortage of qualified maths teachers since the 1980s.

Just seven per cent of secondary teachers graduating in NSW were mathematics teachers in 2015, the AMSI said in a report.

The report, released in 2019, said one in four teaching maths to students in years 7 to 10 weren't fully qualified.

The institute says that shortage is even worse in regional areas.

"The Liberals need to be upfront with parents - how are they going to make sure there are enough maths teachers in our schools to ensure our children are ready for the world?" Ms Car said in a statement.

The start of a major shake-up of the state's teaching program was signalled earlier this week in an interim report on the NSW curriculum review.