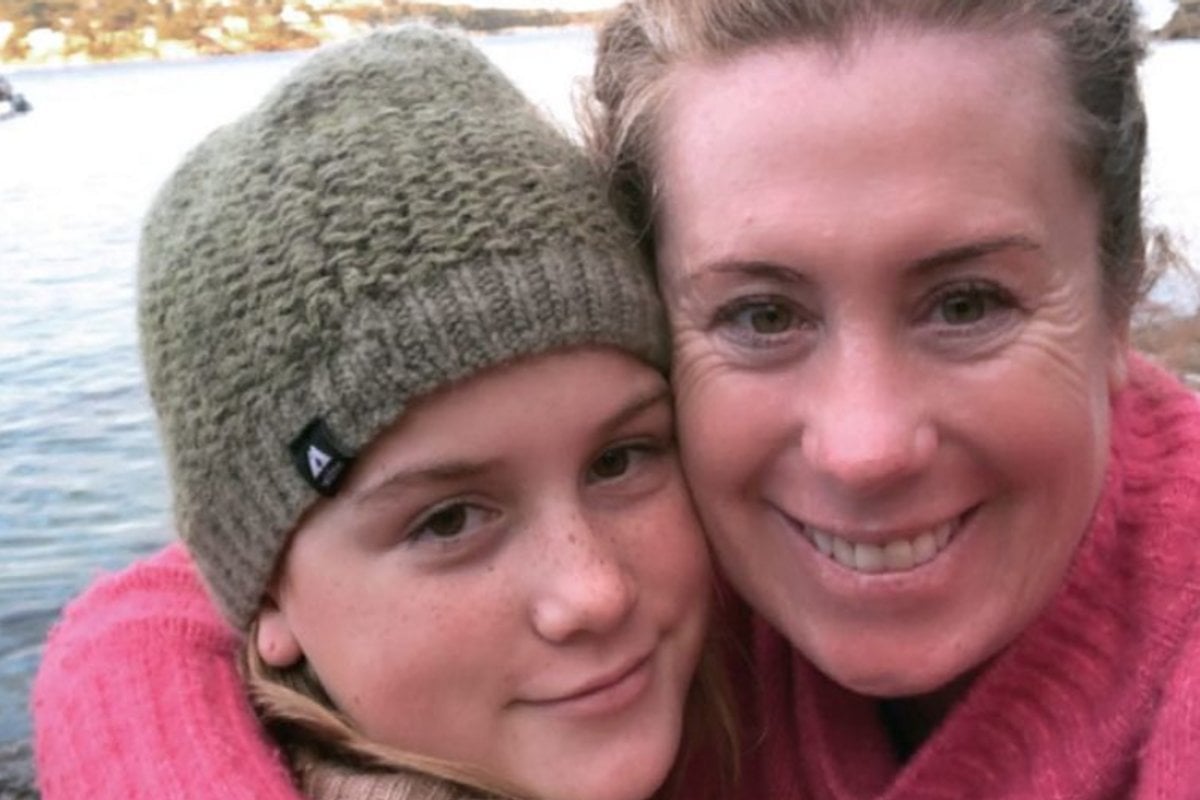 “And what is the name of the other person on the mortgage?” The bank staffer asked me as we completed documents to discharge a loan.

“Your husband,” he said. “What are his details?”

“Oh no, it’s just me,” I answered, so used to this question and moving past it quickly to keep the anger in check, while diminishing myself with my response.

But in this moment I realised, there’s no “just me” at all.

As a solo mum I am the head of my household and responsible for it all. Like many other women, whether partnered or not, I make the decisions, I earn the money and I pay the bills – and, surprisingly to some, all without a man to direct me!

But regardless of our position in the family and as shown time and time again, a woman’s ability to make decisions isn’t defined  - or limited - by gender. So why is it so difficult for some men to grasp that we are exceedingly capable of doing so?

Mention experiences like this to women and whether single or partnered they’ll have a story to share, where a man assumed they needed a male partner to make a call, or permission from their ‘husband’ to close a deal.

One woman spoke to me of her ex-partner arriving to pick up the kids for the weekend and the tradie giving him the plumbing update and refusing to talk to her.

The misogyny is rife.

It's in the banks that will always put the man’s name first and address mail to them, even when it’s the woman who has negotiated the mortgage and is putting up the cash.

It’s in meeting rooms where a woman’s suggestion is ignored until repeated by a man.

It’s in the councils who address rates notices to "Mr"… even when there isn’t one.

My lesbian friends, when looking for a house, were asked by the agent if they would prefer to come at another time when “their father could make it” - because obviously these two intelligent, professional females were incapable of making a decision without male guidance.

A salesman advised a friend looking to buy a new car to "talk it over with the hubby" and when she told him there wasn’t one, he was disappointed.

"I guess you can only afford the base model then." She bought her top-of-the-line car elsewhere and put in a complaint.

One woman was trying to buy a caravan when the salesman handed her his card. “Get your husband to call me,” he said.

When looking for quotes for plantation shutters I was asked by one company to make sure I booked the consultation at a time when the “decision maker of the household” was at home.

“I am the decision-maker,” I told them.

“No, we mean the man of the household,” they said.

And only this week, a letter confirming my daughter’s specialist appointment arrived in the letterbox, addressed to a person with her surname and a Mrs in front of it.

The assumption being that because I am a mother, I must also be a wife.

Casey Edwards coined the phrase “man talker” in an article for The Sydney Morning Herald back in 2018. This term refers to the (mostly) men who will only talk to men, ignoring any females regardless of their skill, expertise or position.

If asked a question by a woman, they will respond to the man. They see women as having little to contribute.

And while studies have clearly shown that women are better decision-makers than men, women often receive a gendered response in discussions - either as a solo female being asked where her husband is, or as a male-partnered woman who is ignored even when she is the one making the decision, paying the money or is in control of the negotiations or purchase.

When the average federal politician in Australia is a 52-year-old white man with an arts degree, 78 per cent of CEOs are men, and there is still a 15- 20 per cent pay gap between men and women it’s not hard to see how the wheel of misogyny and the institutionalised disregard of women continues to turn.

I think many of us forget the fight for equality still rages until we are brought back to reality with a – “oh here comes the money man” or “let’s wait ‘til the husband gets here, shall we?” And then we realise: we still have a long way to go.

So what to do? Calling out these archaic attitudes, both to the individual and the business, is a start.

Let companies who behave like this know why they have just lost your business. Share businesses that won’t deal with women without males being present or who man-talk us with friends, colleagues, and family - and let them know to avoid them too.

Write or email banks, insurance companies, councils and other businesses that continue to put the male name first, demanding a change, and escalate if they don’t.

Most importantly, seek out female owned and led businesses and help the continuing rise of professional, successful women give us greater options, power and influence.

And remember, it’s all us.

Reply
Upvote
Gee, all the mothers here are doing so well financially, I guess they don't need daycare funding through Biden's Build Back Better plan. Seriously though, I'm surprised that anyone in business in this day and age is still asking to speak with the "man of the house".  When it does happen, don't storm off, use it to educate the individual. Don't penalize an entire company.
L
laura__palmer 7 months ago

Reply
Upvote
@jbrelner980 This is an Australian site, so Biden is irrelevant.
Also, what makes you think we all have day care aged children?
And, finally, daycare should be fully funded so that women can participate to their full capacity in the workforce and not be penalised financially for it.
C
chrissyinthemiddle 7 months ago

Reply
Upvote
1 upvotes
If I’d read this article 20 – 30 years ago I would have totally agreed. But I can’t relate to any of this now. My husband is the primary income earner however I am in charge of our finances and purchases. I never get asked if I am the decision maker. I recently discharged a loan in my name and wasn’t asked about a partner. Also, I am currently helping manage a female friend’s renovation and we haven’t experienced any problems communicating with male tradies because we are women.
L
laura__palmer 7 months ago

Reply
Upvote
1 upvotes
@chrissyinthemiddle I've found the same thing. I was the go-to for the build of my house, I organised everything and met with all the tradies, mostly on my own. They deferred to me even when my ex did make an appearance. Maybe I give off an air of authority, I don't know!
News
General
Opinion
True Crime
Politics
Sport
Explainer
Entertainment
Celebrity
Reality TV
Movies
TV
Books
Rogue
Royal
Lifestyle
Beauty
Fashion
Weddings
Home
Wellness
Health
Fitness
Travel
Food
Parents
Before The Bump
Pregnancy
Baby
Kids
Teens
School
Parent Opinion
Work & Money
Money
Finance
Career
Lady Startup
Relationships
Sex
Dating
Separation
Friendship
Family
Real Life
Couples