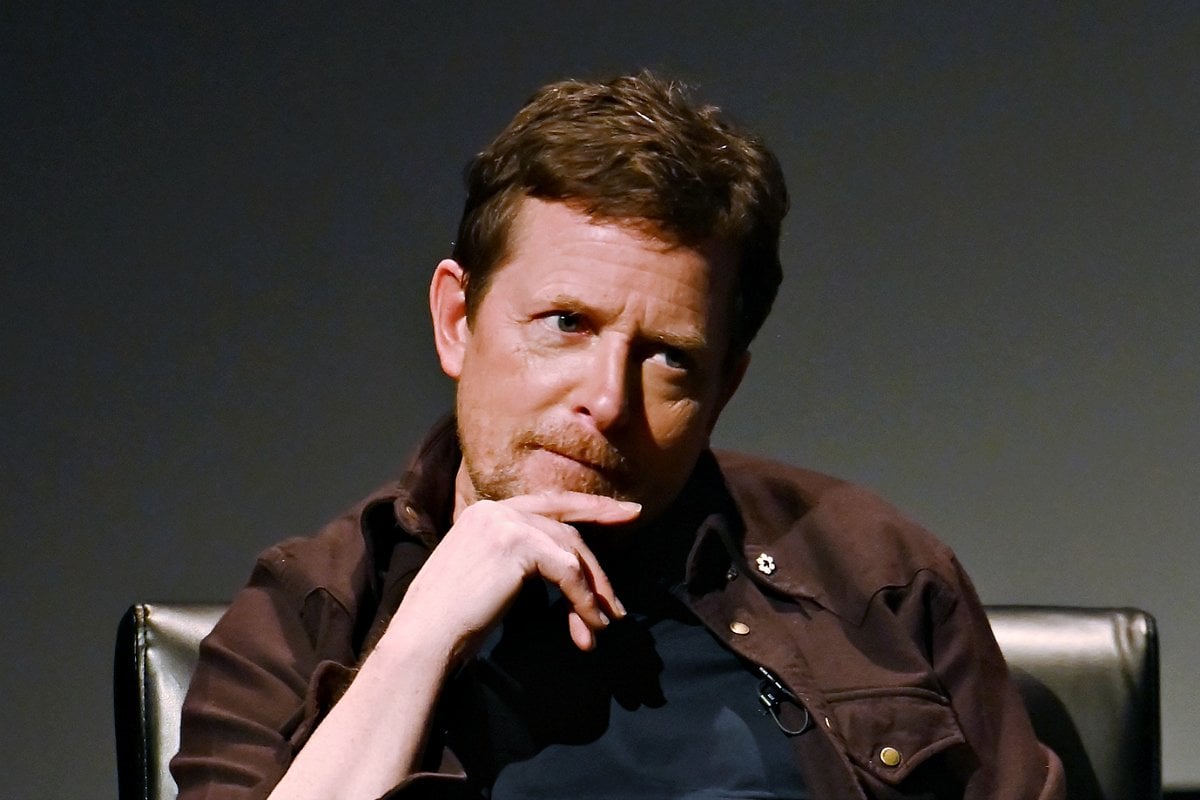 Michael J. Fox has written a memoir before. Three, in fact. There was Lucky Man, then Always Looking Up and A Funny Thing Happened on the Way to the Future.

But don't be fooled by the predictably buoyant title of his latest, No Time Like the Future. This book, the actor has said, is different; this one is "cranky".

It comes on the back of an especially challenging period for Fox; one that left him questioning his bankable brand of optimism.

The Parkinson's disease he's lived with for 30 of his 59 years has made it challenging for him to walk unassisted, causes pain in his knees, jerks his limbs and means his famously fast brain to fire quite like it used to.

"Absent a chemical intervention, Parkinson’s will render me frozen, immobile, stone-faced, and mute – entirely at the mercy of my environment," he writes in the book.

"For someone for whom motion equals emotion, vibrance and relevance, it’s a lesson in humility."

The degenerative disease, which affects nerves in the brain and for which there is no known cause or cure, has guided the award-winning actor to the end of his Hollywood career.

"In fairness to myself and to producers, directors, editors, and poor beleaguered script supervisors, not to mention actors who enjoy a little pace, I enter a second retirement," he writes. "That could change, because everything changes. But if this is the end of my acting career, so be it."

This acceptance is what underpins his new style of optimism. Or as he described it to The New York Times, "informed hope".

Here is his winding path to reach it.

Michael J. Fox was 21 when he landed the role of Alex P. Keaton in the sitcom Family Ties. He'd only arrived in Los Angeles from Canada, where he was born and raised, a few years prior.

It was a star-making part, one that earned him three Emmys and Golden Globe and introduced him to the love of his life — his now-wife, Tracy Pollan, who played his girlfriend, Ellen, on the series. 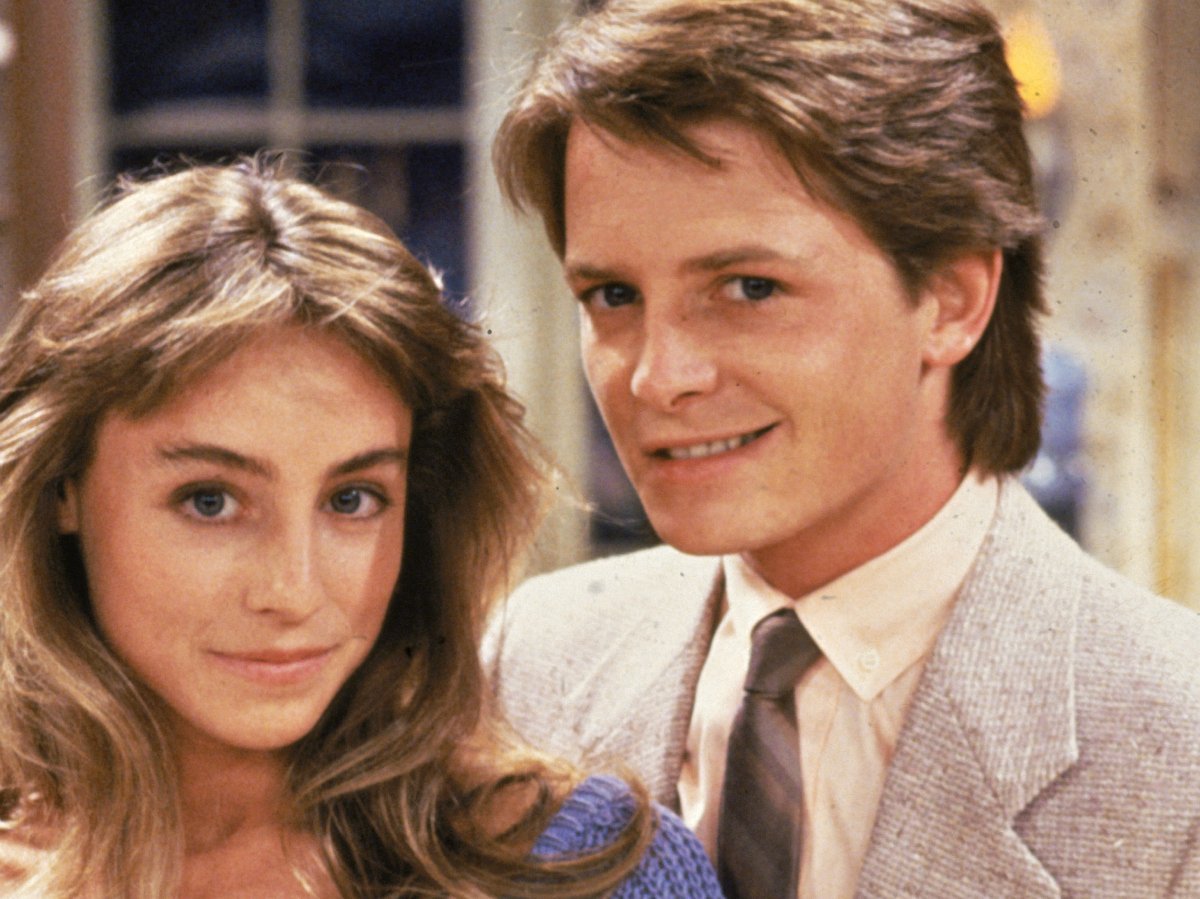 Tracy and Michael on the set of Family Ties. Image: Getty.

But it's the 1985 instant-classic Back to the Future that takes top billing on Fox's resume. That's despite the nightmarish world premiere in London involving nerves, a full bladder and Princess Diana.

"She was sitting next to me, and the lights go down and I realise I am one fake yawn and arm-stretch away from being on a date with the Princess of Wales," he joked to Jimmy Fallon during a recent Late Show interview. "But then what happened was the movie started, and I had to go pee. So, for the rest of the movie, I am sitting there dying. I can't say anything to her, and I can't walk away because I can't turn my back on her. It was just agony. So what could have been the greatest night of my life was just a nightmare — a pee-floating nightmare."

Just years later, Fox started displaying the first symptoms of Parkinson's. He was diagnosed in 1991 at the age of 30. The news sent him into a self-destructive, alcohol-fuelled stupor.

He woke one morning on the couch, a bottle of spilled beer soaking into the carpet, his toddler son fussing around him. An exhausted, "overwhelmed" Pollan was on her way out the door for work, but in that moment contemplated leaving for good.

"She took in the scene and simply asked me, 'Is this what you want?'" Fox writes.

The couple went on to have three more children — all girls. And Fox took home another Emmy and three more Golden Globes for the political sitcom Spin City.

He enjoyed a 103-episode run, before leaving to focus on his Parkinson's research charity, The Michael J. Fox Foundation.

Through it all Fox worked on achieving confidence and gratitude, on allowing the Parkinson's to take up space in his life while fiercely claiming what's left. Be it through his beloved golf, charity work or, a few years ago, a triumphant return returned to the screen with a recurring role on legal drama, The Good Wife.

But recently, his outlook has been informed by "a crucible".

The first, the 2018 discovery of a tumour on his spine that threatened to leave him paralysed.

Then four months into recovery from the surgery on his back, he slipped and fell in the kitchen of his New York apartment and shattered his arm. It was early in the morning. His wife was on holiday.

There on the kitchen floor, waiting for an ambulance, he found the bottom of his well of optimism.

His default is still gratitude. But now he creates more room for unflinching honesty, humility and, of course, humour about those moments that make him cranky.

If alcohol is harming you or someone you know, support is available via the Alcohol Drug Information Service (ADIS). Call 1800 250 015 to speak to a trained counsellor.