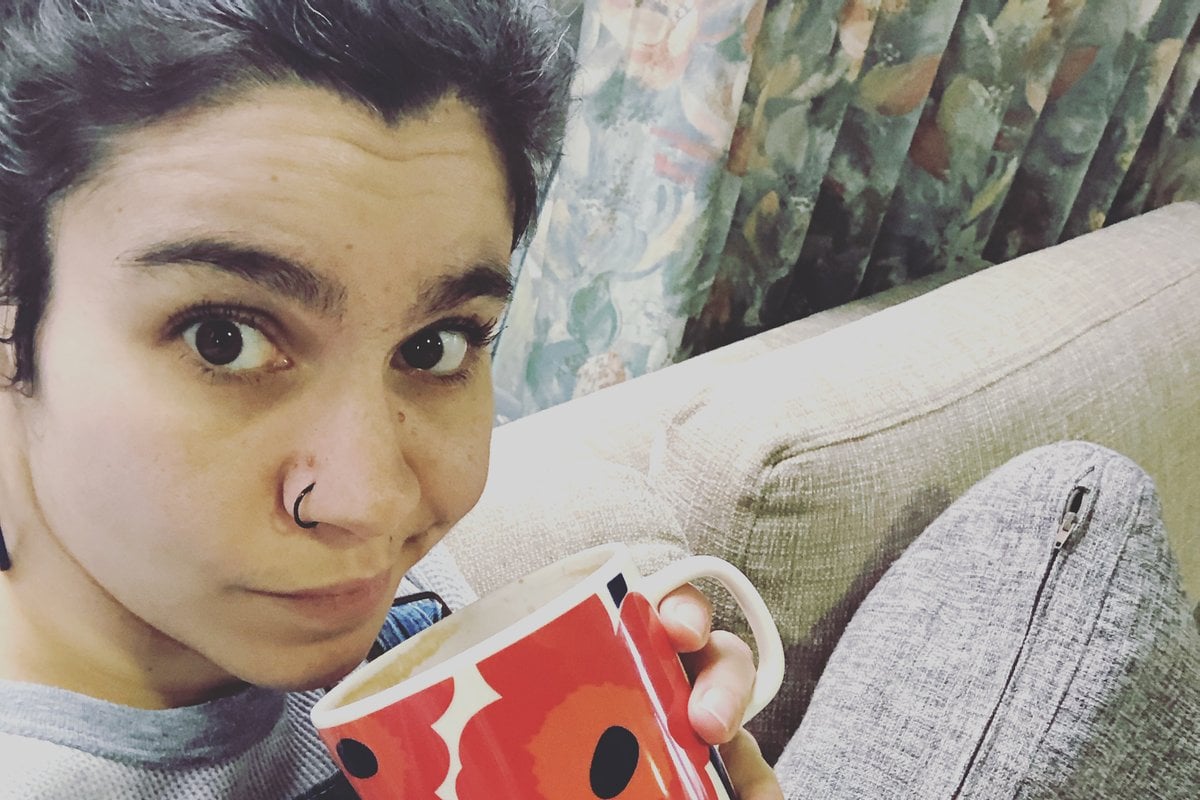 It’s Tuesday the 20th of July 2021. 16 months after WHO officially declared that we’re in a pandemic.

We may all be weathering the same storm as a nation, but in no way are we in the same boat.

Ask any Melbournian how they are right now, and my guess is they’ll be feeling about as good as an extra on the Titanic - at best.

Freezing – hello (again) winter lockdown - very much out at sea and clinging for dear life to a piece of driftwood with no f**king idea what they’re supposed to be doing or how they’re going to survive.

The mass sentiment around Melbourne right now is that lockdown 5.0 can EAD and that the seven-day extension can eat two. So, for your sake, and for mine, here’s what you shouldn’t say to a Melbournian.

1. Look at the loaf of sourdough/croissant/thrice cooked souffle I just baked!

The culinary joys of popping a loaf of bread in the oven… on your WFH lunch break… that you’ve had proving from the night before… is so 2020 for someone living in Melbourne.

We spent 111 days leaving sourdough starters on each other’s doorsteps in our 60 minutes of exercise for the day (if we were fortunate enough to live within 5km of each other).

We then moved onto some sort of fancy homemade cake before finally just ending up at enormous m&m cookies that we’d cut off a prepackaged slab and thrown in the oven to eat with our bottle of Aldi wine for dinner.

We get it. Baking is fun. For a few weeks.

How ‘bout let’s not! Five lockdowns in, Melbournians have learnt to retreat. Retreat, hibernate and do whatever else they need to do to get through.

We barely hear from our fellow Melbournians because even the slightest whiff of obligation is enough to send us into a spin.

Our emotional plates are well and truly overloaded. Some are cracking under the load. Most have already broken.

If we want to see your face, I’m sure we have a picture of you somewhere on our phones, and if we need to talk to you, please trust that we’ll pick up the phone and call.

The novelty of zoom birthdays/trivia/games nights ended for us last year. That’s not to say we never want to chat – of course we do! – but feeling as though we need to ‘show up’ for something when we haven’t brushed our teeth in three days is a lot.

I kinda sorta had it for three minutes back in April of last year when I was going to online Zumba twice a week and still wearing pants, but I totally don’t got this now.

I’d bet my right unwaxed leg that most people living in Melbourne have cancelled their online gym memberships in exchange for a walk around the block (when they can motivate themselves enough to actually get off the couch/out of bed), and that they haven’t washed their hair in weeks (OR used dry shampoo).

They’re also probably eating the same four budget meals on rotation because they have almost definitely cut their credit cards in half after buying 346 jigsaw puzzles and getting 5972 lattes delivered to their doors in lockdown 3.0.

4. I just binged X,Y,Z on Netflix. It was so good. You should watch it!

I mean, I probably should because it probably is good, but what you’re probably not understanding because you probably haven’t been in lockdown *five times* is that my brain is MUSH.

Not probably mush; it is mush. So, the only thing that I should be watching right now is re-runs of season 4 of Law and Order from 1993… under my doona.

Honestly? For this pandemic to be over. Too much? Here are a few smaller things that could potentially make my locked down life a little easier:

- A Zoom filter that touches up my hair roots, threads my eyebrows and waxes my chin.

- A bottle/case/barrel of wine. Don’t ask me what kind because that’s another thing I have to think about. Just make an executive decision. If I don’t have to pay for the wine and I don’t have to leave the house to get it, it won’t be wrong.

- Face masks – some sort of disposable/biodegradable option would be preferable so that I don’t have to add washing 47 face masks a week to my list of small, insignificant things that overwhelms me to the point of paralysis but, I’ll take any kind.

- Help with homeschooling. For those of us with school-aged children, there is nothing that we’d love more than half an hour of ‘pupil free’ time to go to the toilet… or eat… or DO OUR OWN WORK!

If you can spare half an hour and know how to use any kind of video calling app, we’ll make it work. It doesn’t have to be maths either.

You can step in for English… or spelling… or history… or P f**king E and just do star jumps for 30 minutes. We. Don’t. Care.

As long as our children are being supervised and aren’t watching RuPaul on school time, it counts as learning.

And while carrying a collective trauma that the rest of Australia can’t and won’t understand.

I scroll through my insta feed and see friends at work functions and birthday parties and getting on the train and my heart kinda skippety skips a little and my brain kinda freezes a little.

I watch The Bold Type and see Sutton, Kat and Jane hugging or having a sleepover and I cry. I actually cry.

My partner gets invited to go interstate for work and I have a panic attack.

It’s not a state-versus-state thing. Or an us-versus-you thing. It’s just a deeply, deeply unfortunate thing that’s happened to Melbournians that means they’ve been in lockdown for far longer than any other place in Australia.

So of course they're also far more worn, exhausted and depleted than anyone else.

Bear with us. Please. Don’t try to understand and definitely, definitely don’t ask us how we are. Because our answer won’t have changed: we’re over it. If you really want to help send donuts. Donuts and cheese.

Reply
Upvote
That pretty much sums up how I feel!
C
cat 10 months ago