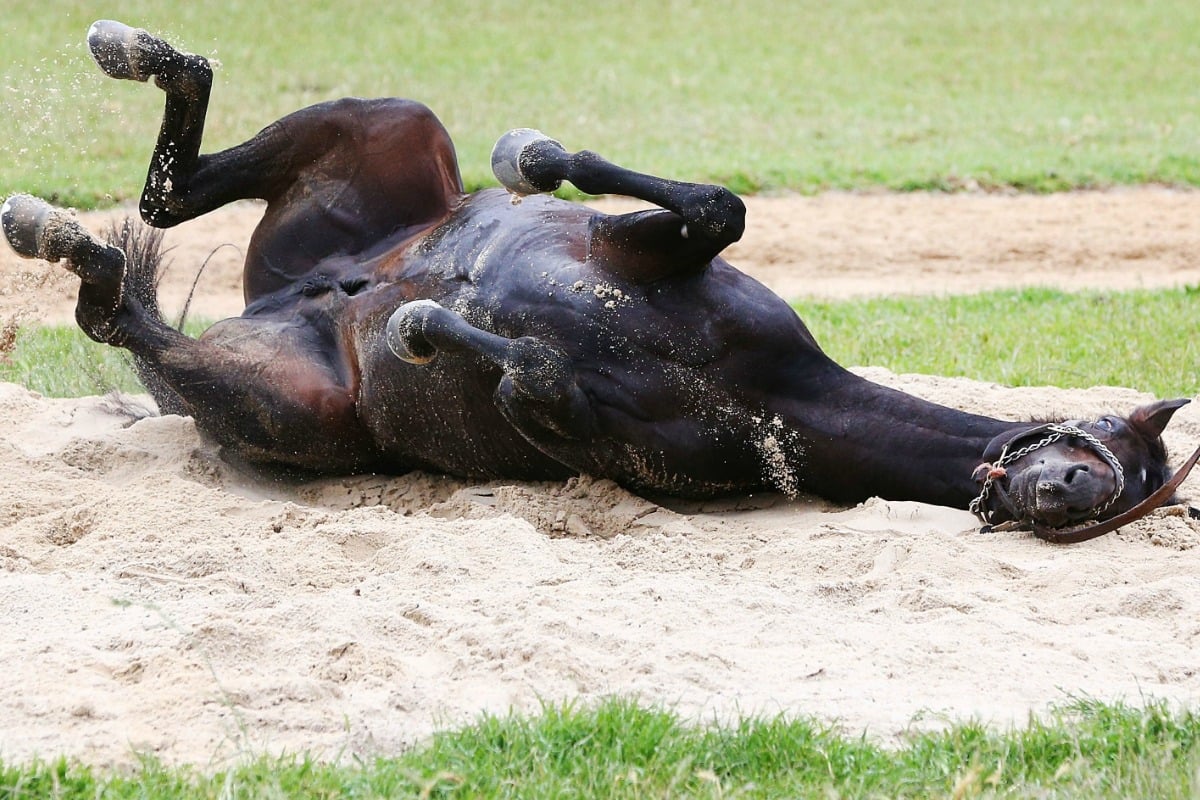 Just minutes after running in the 2018 Melbourne Cup, The CliffsofMoher was put down.

According to the RSPCA Australia, the horse suffered a fractured right shoulder during the first 600 metres of the race and was euthanised on track.

We’re hearing The Cliffsofmoher suffered a fractured right shoulder and was euthanised in track. More to come once we have further info.#melbournecup2018

Racing.com editor-in-chief Shane Anderson confirmed in a tweet that The CliffsofMoher “could not be saved”.

Horrible news. The Cliffsofmoher suffered a fractured right shoulder when injured in the Melbourne Cup, unfortunately could not be saved. Thoughts with connections. @Racing

Channel Seven commentator Bruce McAvaney described it as a “tragedy” when the four-year-old UK galloper pulled up lame during the first lap.

The CliffsofMoher is the sixth horse to die as a result of the Melbourne Cup since 2013. The RSPCA Australia says this statistic highlights the very real risks to horses from racing.

So @Channel7 are just going ignore what happened to #cliffsofmoher then? Couldn’t possibly show the real consequence of this shitty “sport”, obviously too much for a average punter to handle. Cut to some more celebs drinking in marquees… #melbournecup #animalcruelty

Cliffsofmoher enjoying rolling around the sand pits earlier today. This is the life he should’ve lived without racing. Now he’s just another statistic to add to the horrors and abuse of the #MelbourneCup. Rest In Peace beautiful angel. #nuptothecup #fuckthemelbournecup pic.twitter.com/q5UhmkWLIx

Getting increasingly hard to “enjoy” the #MelbourneCup when some poor horse seems to lose its life every year. RIP sweet angel #cliffsofmoher ???? No longer a victim of man’s greed. ????

I understand racing & the perils of it. But don’t deny it & pretend the poor horse wasn’t still out there being worked on & then put down because you want to celebrate without the reality of it all. Don’t cover up the devastation the people who worked with CliffsofMoher now face.

The tragic death of the #Cliffsofmoher in the #MelbourneCup is just heartbreaking – what a waste of a beautiful horse ???? Doubly disgusting is the lack of coverage it received. Maybe this is why people are starting to say #NupToTheCup #RIPCliffsofMoher pic.twitter.com/8YW8XVDQYu

RSPCA Australia has released a statement, noting the death of The CliffsOfMoher highlights the “dark reality of what is otherwise lauded as a national day of celebration and good cheer”.

“RSPCA Australia has long voiced its concerns about the welfare of racehorses, including the use of inhumane devices such as whips and tongue ties, as well as the risk to injury and death during races,” aid RSPCA Australia spokesperson Jane Speechley.

“Today’s tragedy is a stark reminder of the risks these horses face every time they run, and highlights that behind the gloss and glamour of Cup celebrations there is a dark reality.”

She added it was equally important to be aware of the pain and distress experienced by the other horses running in the Melbourne Cup.

“In that field alone, horses were hit with whips several hundred times at least, with the highest number of hits occurring in the final 100 metres, when they are already tired,” she said.

“The racing industry has much work to do across industry standards and enforceable regulations, to meet community expectations and care for the welfare of the animals involved.”

Last year, Regal Monarch fell during the race and was taken away in an ambulance.

Later that day, it was announced that despite desperate attempts to save him, Regal Monarch had died.

“Regal Monarch was immediately attended to by our veterinary team after a fall in race four and was transported to the University of Melbourne Veterinary Clinic in Werribee for further assessment,” said Racing Victoria head vet Dr Grace Forbes.

“It is with sadness that we can confirm that the horse has been humanely euthanised on veterinary advice as a result of the injuries sustained. This decision was made in the best interests of the horse.”

Both horse and greyhound racing are seedy industries for dirtbag gamblers. There is nothing classy about either, especially when beautiful animals are whipped and run to death. Ban them both!

I hate horse racing. I think that as a "sport" it's a sham.

I'm not against Aussies having a day where they bet on stuff, dress up like chooks and fall down drunk in the most undignified fashion.
Just don't involve innocent animals.

I'm aware that billionaire horse-owners and "jolly punters" don't give a rats about my views but know this - the days of exploiting animals in the western world will come to an end.
Instead, breeding animals because they're loved and cared for until their natural end will be the norm and all of those millions of animals traumatized & killed for the sporting & food industries will never be born into this cruel world.