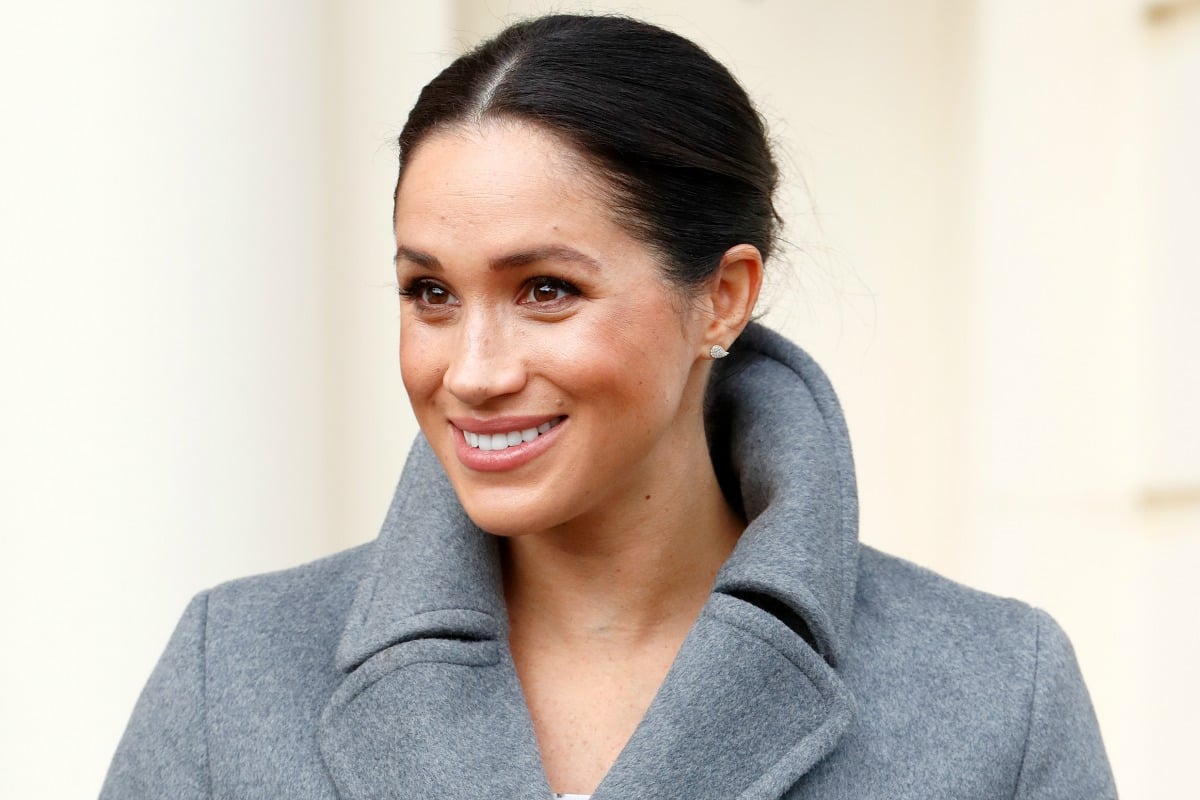 The entire world (ourselves included) has come down with a severe case of royal baby fever in light of Meghan and Harry’s exciting news.

The most prominent symptom of which includes obsessing over the due date, because the vague timeline we’ve been fed from Kensington Palace officials – “spring 2019” just won’t do.

So in an effort to figure out as accurate a date as possible, UK tabloids have consulted all manner of “experts”.

The latest expert to weigh in is of course a beauty consultant (¯\_(ツ)_/¯), who says the way we can predict the due date is by studying Meghan’s hair.

Meghan and Harry: from birth to now. Post continues after video…

Speaking to Express.co.uk, Trichology Consultant Jane Mayhead said: “In a number of recent images of Meghan, her hair certainly appears much fuller than before pregnancy and it’s possible that this is due to changing hormone levels.

“The increased levels of hormones during pregnancy can cause the growth cycle of the hair to increase, meaning the hair is less frequently renewed and replaced at the site of the follicle and women will experience thicker and shiner hair.”

Jane added that pregnant women find their hair becomes more voluminous two thirds of the way through their pregnancy, suggesting that this may be the stage of Meghan’s pregnancy now.

“I tend to find that most women will experience some level of increased volume by around the six month mark,” she said.

This could mean the baby will be born sooner than expected – perhaps around early March.

Thank you very much for your insight, Jane, but we want more.

Let's see who else has speculated, shall we?

The Sun’s Royal Correspondent Emily Andrews suggests we could see the royal baby being born in “March or early April”.

“All we know for sure is that Meghan is due in the spring. When Kensington Palace announced that the Duchess was pregnant, their official announcement said she was expecting a baby in the spring of 2019," said Emily.

“At the time many royal watchers assumed she was only just 12 weeks pregnant, meaning she was due the end of April/start of May next year.

“But I was told she was much further along than everyone thought, putting her about three weeks earlier at the start of April."

She went on to say the recent pictures of Meghan's baby bump have led many to believe the baby will be due much earlier than we've been told.

“The recent pictures of Meghan with a blooming baby bump have left many speculating that she’s due as early as February.

“In the flesh Meghan is very petite and every woman carries babies differently, so I’d expect her to have a large bump quite early on.

“If I were a betting woman, I’d still stay early April. But as we all know babies can come at any time.”

Yeah, there is that.

Hair expert Jane also said that the appearance of Meghan's locks could be due to the Duchess altering her hair care products to protect her unborn baby.

“There are, of course, other possibilities to consider. It is highly likely that Meghan may also be avoiding putting harsh chemicals in her hair,” Jane explained.

She could have also altered her diet to increase her intake of folic acid, which can also stabilise hair growth patterns.

So really, we can't actually tell when Meghan's baby is due at all, but we can confirm she has very beautiful hair.

Ok, this is starting to feel creepy. It’s one (rude) thing to speculate about the size of her bump, but to be talking about her hair thickness and possible hormone levels is getting a little invasive, don’t you think? What difference does it make anyway, none of us are going to be in the delivery room or anything, her actual delivery date has no effect on our lives at all. And I would assume they would like to keep the exact date fairly quiet, for privacy and security reasons.