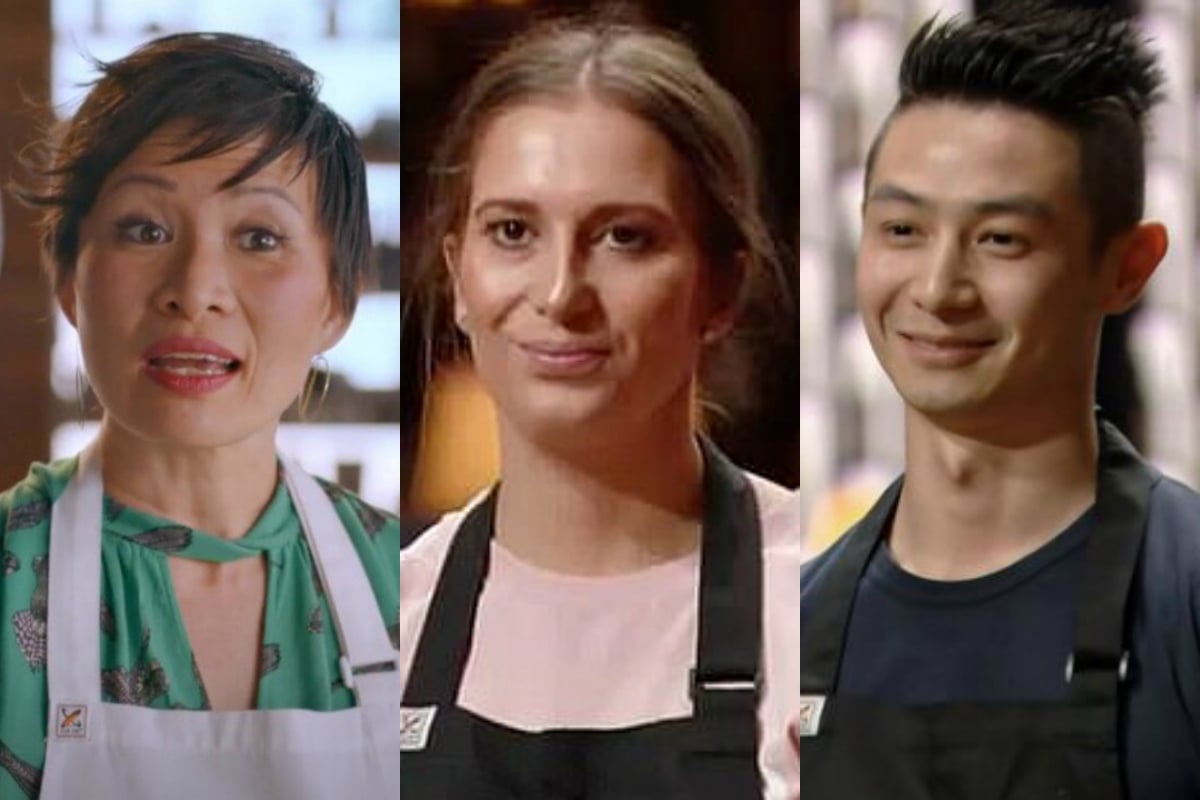 We are down to top nine of MasterChef Australia 2020. That may seem like an odd point at which to call the winner. But hey, we're just that invested.

Below, I have compiled a list of whose unbalanced/under-seasoned/shallow-flavoured dish is going to send them home next; from Sunday night's all-in street-food elimination, right through to the finale.

No matter what happens on Masterchef, we'll always have Katy Perry. Relive the magic of her episode below. (Post continues.)

I could walk you through some highly advanced modelling based on past performance and predictive analytics, but I didn't actually do any of that.

Instead, I used a mix of womanly instinct, unashamed favouritism and a few spoilers from The Daily Mail.

So here we go. In a very particular order...

A forensic analysis of the promo for Sunday night's episode has led me to conclude that Khanh is going home next.

By which I mean they're setting it up to look like Emelia is going which means she definitely isn't, and there are lingering shots of Khanh, and the words 'fan favourite' are used.

AND the tabloids have reported that he doesn't make the top six... and... and... I just have a hunch.

Tessa is probably the most versatile cook in the joint.

She will likely only be felled by someone else pulling, as Andy would say, "a really cracking plate of food" out of their backside.

...will still be happy when he leaves, because he's Callum.

The mums of Australia, meanwhile, will be very sad because "he just seems like such a nice boy".

Sweet, Brendan. You are too good for reality television.

Run, run far away. (Preferably towards my house, say, around dinner time...)

This one will hurt most of all.

But at least we will get an uplifting montage of his best moments; like that time he hid beneath his bench when Katy Perry approached, and that time he won two challenges in a row and someone said, "It's Reece week" and he replied "Oh my god, it IS Reece week."

We all know Emelia's cake business is going to blow up, so we can take comfort in that when they say her name.

But maybe have some pastry on hand, just in case. #comfortchoux

Prediction: Poh will attempt an overly ambitious cake/tart/pie and spend the final four minutes staring into the oven, willing it to cook faster.

It will, and she'll plate it up just in time. But then she'll realise she left a crucial element off the dish.

She'll be eliminated and everyone will cry. Even Jock.

OK. Yes, there will probably be pasta involved in Laura making it to the top two.

But the woman knows her strengths. Ride that ravioli to the end, girl!

If you need justification for this, I can't help you.

And there you have it. The definitive ranking of who will win MasterChef Australia.

Who do you think will win MasterChef Australia 2020? Change my mind in the comments below.