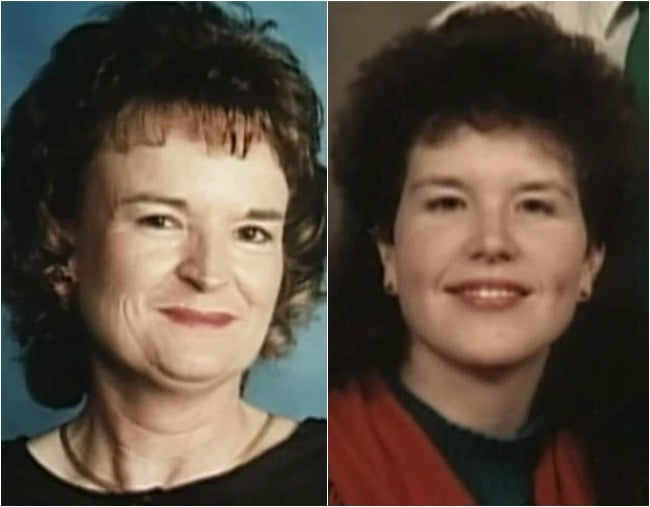 In October 2000, a 48-year-old loan officer was incinerated to death in her car. Less than a week later, a 39-year-old nurse was found brutally murdered in the same town – her body was also discovered in her car.

Both women were from Houston in the US. Both murders occurred in a remote part of Harris County, Texas.

But, most hauntingly, both ill-fated women were named Mary Morris.

What drove their killer, or killers, to commit such ferocious acts remains unknown; was this was a case of mistaken identity or simply a coincidence?

On the morning of October 12 Mary Morris, the loan officer, left her home, only to never return. Mary’s husband Jay reported her missing that evening after she failed to answer his calls. That same night, Mary’s body was found in her burnt-out car. The devoted mother was identified by tooth fragments found at the scene.

Detectives instantly concluded that Mary was murdered. But to this day however, they’re unsure why. No evidence was found to suggest a robbery gone wrong. Nothing indicated her killer’s motive.

“She was one of the nicest people you’d ever want to know,” Mary’s daughter, Marilyn Blaylock, told ABC. “She was nice to everyone.”

The 48-year-old had no enemies. But, Mary the nurse, who was found dead just four days later, did.

Mary died of a gunshot wound; a firearm was found in her car. On first glance, the bubbly and outgoing woman's murder appeared a suicide. But, her ripped clothing and bruised wrists said otherwise.

Mary had struggled. She had fought for her life. A life that was cut short by someone she very likely knew.

"She was having problems in her marriage. There was a disgruntled employee that had just been fired that had made a death threat to her," Harris County Detective, Ronald Hunter, told ABC.

Some believe mistaken identity is to blame. Not only do to the two Marys share the same name, but an uncanny physical similarity as well. For two women with so much alike, to put the case down to coincidence is painful.

It is speculated that a hit man hired to kill Mary the nurse went after the wrong woman, and erroneously slain Mary the loan officer in cold blood. And then, upon realising his slip up, hunted down his original victim.

Speaking to ABC, Mary's (nurse) sister, Stephanie Anne Loar said: "If, by chance, this was someone who was hired to kill my sister, it is a very sad thing that they got the wrong person...my heart goes out to [the family]."

Police, however, remain unconvinced, having found no evidence to tie the two murders together.

Why are we all so obsessed with True Crime? Is it the goriness? Or the simple attraction of a good story? We deep dive, on Mamamia Out Loud.


"Unless you had a totally bumbling hit man that just went by and said, 'I will just look for the first Mary Morris I can' … I don't see that as a viable option," said Harris County Detective, Robert Tonry.

According to Detective Hunter, the murders are simply a cruel twist of fate.

"[They're] a big coincidence...that is just what we consider it, a coincidence," he says.

While there are many questions surrounding this chilling case, one thing is certain: two women named Mary Morris had their lives unjustly stolen from them.

They left behind grieving, confused and rightfully angered loved ones, who have been waiting almost two decades for answers they may never receive.

Sorry to make light of a terrible crime, but this is the beginning to the Terminator, right?

No, this is not the beginning of a movie but a true life story and the victims still have loved ones living with this daily.

I am sure that it could, but I can only guess that if it was your mother that was murdered, it being compared to a opening to a movie might disgust you as much as it disgust me. Reality invokes emotions that art does not, at least for me.