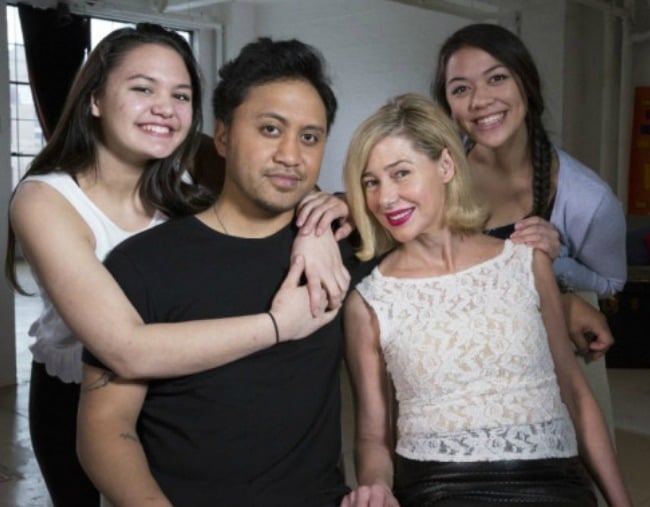 The pair had met in 1992 when the boy was in second grade at Shorewood Elementary School in the Seattle suburb of Burien, and entered an illegal sexual relationship four years later.

“The incident was a late night that didn’t stop with a kiss,” Letourneau told ABC of the first assault. “And I thought that it would and it didn’t.”

The family speaks to Sunday Night…


Yet Letourneau argued it was more than physical for her. She’d developed an affection for the boy, sparked by extra time she spent with him to foster his talent for drawing.

He was just 1.5 years older than her eldest son.

The abuse went on in secret for months, and resulted in her falling pregnant with their first child around the middle of 1996. It ultimately took Letourneau’s husband discovering a letter she’d written for the situation to be uncovered.

Police interviewed Fualaau and, on February 25, 1997, his abuser was hauled out of a staff meeting, arrested and charged with sexual assault.

As the headlines circulated around the world, Letourneau gave birth on May 29, 1997, and three months later plead guilty to two counts of second-degree child rape.

Letourneau was handed a suspended sentence of 89 months in November 1997, and served six months in county jail before being released on parole under the condition she attended counselling and didn’t contact Fualaau.

But within a matter of weeks, she once again raped him and once again fell pregnant with his child.

The parole violation saw her return to prison for the full 7.5-year sentence, where she gave birth to their second daughter behind bars on October 16, 1998.

By the time she was released, her husband had divorced her, it was a new century, and Fualaau was an adult – 21 years old.

Although Fualaau allegedly filed for separation in May 2017, the couple still live together.

Now their daughters, Audrey, 21 and Georgia, 19, have told Sunday Night’s Matt Doran what it was really like growing up in such an infamous household.

“It’s kind surprising to people,” Audrey explained. “But it’s normal for us because we’ve adapted to it.”

The 21-year-old then said her father, who was just 13 when she was born, was like a “friend dad”.

Both Audrey and Georgia have recently moved out on the family home.

Can we not call it a relationship please? She groomed him and then raped him. I appreciate that you also referred to it as abuse and rape in other parts of the article - but we need to not be using any terms to legitimise sex between an adult and a child who could not consent.

"Rape is bad, but it sure gets a lot of clicks" seems to be the stance.

Check out the legal marrying age in the US. You’ll be stunned.
The legal marriage age is relevant to these discussions because until marrying at 13 and younger (18 states) is outlawed in every state, rape of 12 year olds won’t be taken seriously.