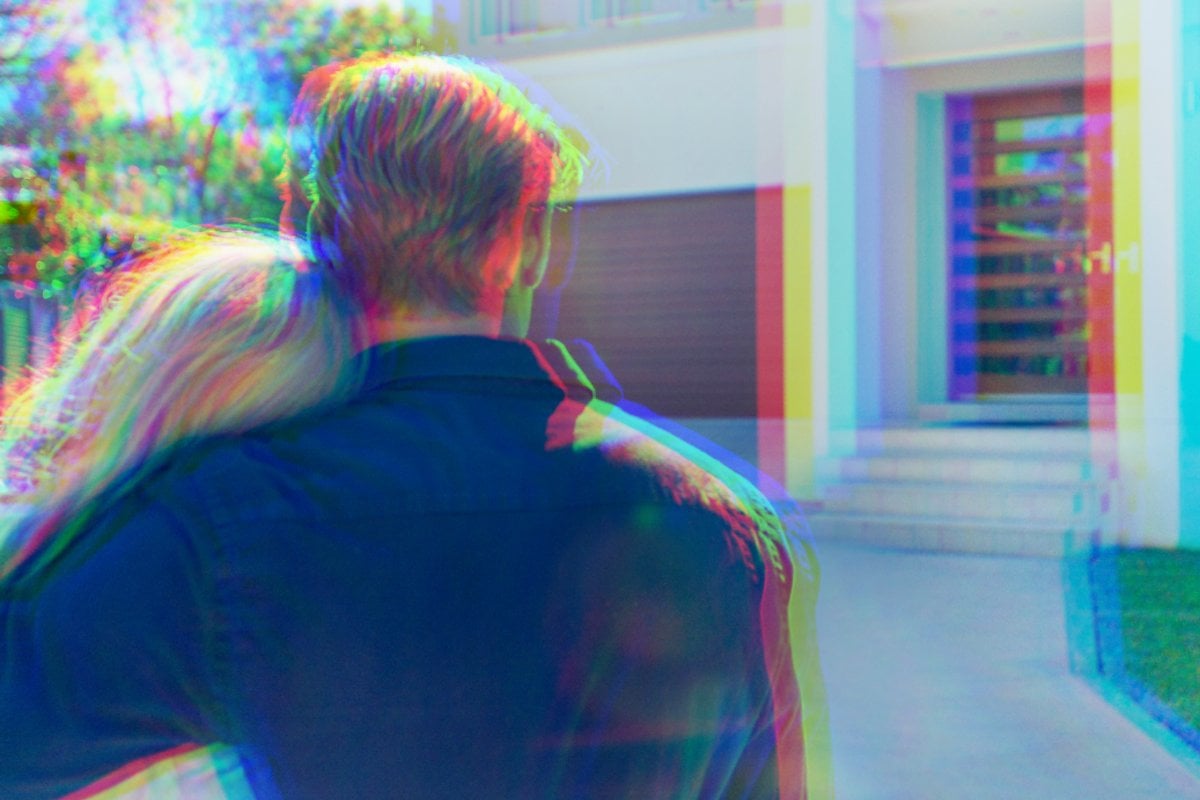 We had gotten married as students and we were poor. Year by year we worked and saved. We had babies, moved states, had different jobs, and finally, started a business that made us comfortable.

We were never rich, but when a beautiful two-acre plot was put up for sale around the corner from where we lived, we knew it was where we would build.

Our marriage hadn’t been easy, but we kept at it.  There were times we weren’t happy and even a point at which we separated. The new house, surrounded by fruit trees and blackberry bushes, represented a destination that we’d been fighting for a long time.

We sold the home we lived in, moved in with his parents, and began the build of our forever home.  We didn’t know, however, that our forever would end in months instead of years.

We dreamt, drew up, and designed every inch of our home. I picked out every finish, every tile, and every paint colour with my family in mind. Maybe it would be such a perfect oasis for us, that we could move forward from our past and live happily ever after...

Months after moving in, we realised that the past would follow us straight into our white farmhouse and that it would demand to be dealt with.

We gave it six more months of trying to forgive and move forward until finally, exhausted and broken, we decided to file for divorce.

We sold the house, and I hoped that a new family would move in and find their happily ever after in the home I had painstakingly brought to life. It brought me comfort to imagine a different couple gathering around the fireplace on Christmas morning opening their stockings. Or having family gatherings on the back porch that we had stained by hand.

The destruction of our marriage would at least have produced this beautiful home, and someone else could enjoy it. Building the memories we had hoped for.

My hopes were dashed when the new owners decided to rip out, repaint, and redo over half of the interior finishes of the home. The home that was lived in for less than a year.

The natural wood finishes that I had laboured for hours over were now being painted. The kitchen island that I had hand-drawn and designed to perfectly fit my family was being changed. The built-in office desk to run our business from was being ripped out.

Grieving the loss of my home was just one part of the complexity of the divorce. Selling it hurt, but seeing it literally torn apart felt like a punch in the gut.

This home, the one thing left standing in the wake of our divorce, was now being picked apart one piece at a time. The blood, sweat and tears were now for nothing, thrown in the dumpster with the built-in desk.

The emotions that I felt when I saw the house being destroyed caught me by surprise. It wasn’t my house, and it was just that - a house.

I couldn’t figure out why it bothered me so much that the interior look was changing - although I did think that it was incredibly wasteful to rip out brand new interiors.

Imagining a world where I would spend that much money to change things that didn’t need changing made me a little sick to my stomach. It had taken us fourteen years to save enough money to build that home, and each decision was made with money in mind. We splurged where we felt like it mattered, and saved where we could.  I even learned how to lay tiles in order to achieve my dream bathroom. It took me weeks to finish a job that professionals could have done in days.

But it was more than that. It wasn’t just the money. To me, it was a physical representation of the destruction of my marriage. Something once so beautiful, and full of promise, ripped apart piece by piece.

My neighbour texted me today and said, “Have you driven past your old house lately? Looks like they’re ripping out the flooring - you should go look!”

Ummm, no thanks. I think I’ll pass. I don’t need another reminder of what’s been lost.  What’s been changed, or what the future looks like. It’s time to release the house and all the meaning I’m attaching to it.

Some day I’ll draw up the beginnings of a new house. I’ll dream it and design it like I did that one. But this time, I won’t believe that when I move in I’ll have arrived at my happily ever after.

Because if I’ve learned one thing, it’s that the house didn’t make us happy or solve our problems. It didn’t fix what was broken or erase what had happened. It was a house… a beautiful house, yes, but still just a house. With walls and wood and paint and brick. It didn’t heal my heart or make us compatible.

They say that “Home is where the heart is”, and I believe that’s true.

So, while my old home is being deconstructed piece by piece, I will continue to rebuild my new home. The home I’ve built for myself, inside my heart. The place where I am safe and loved, validated, and whole.

Hailey is the mother of four children and a freelance writer. She is the owner of Hailey Wilde Copywriting Company and writes passionately about women’s health. She is a mental health and wellness advocate and a soccer coach on the side. You can view more of her work here.