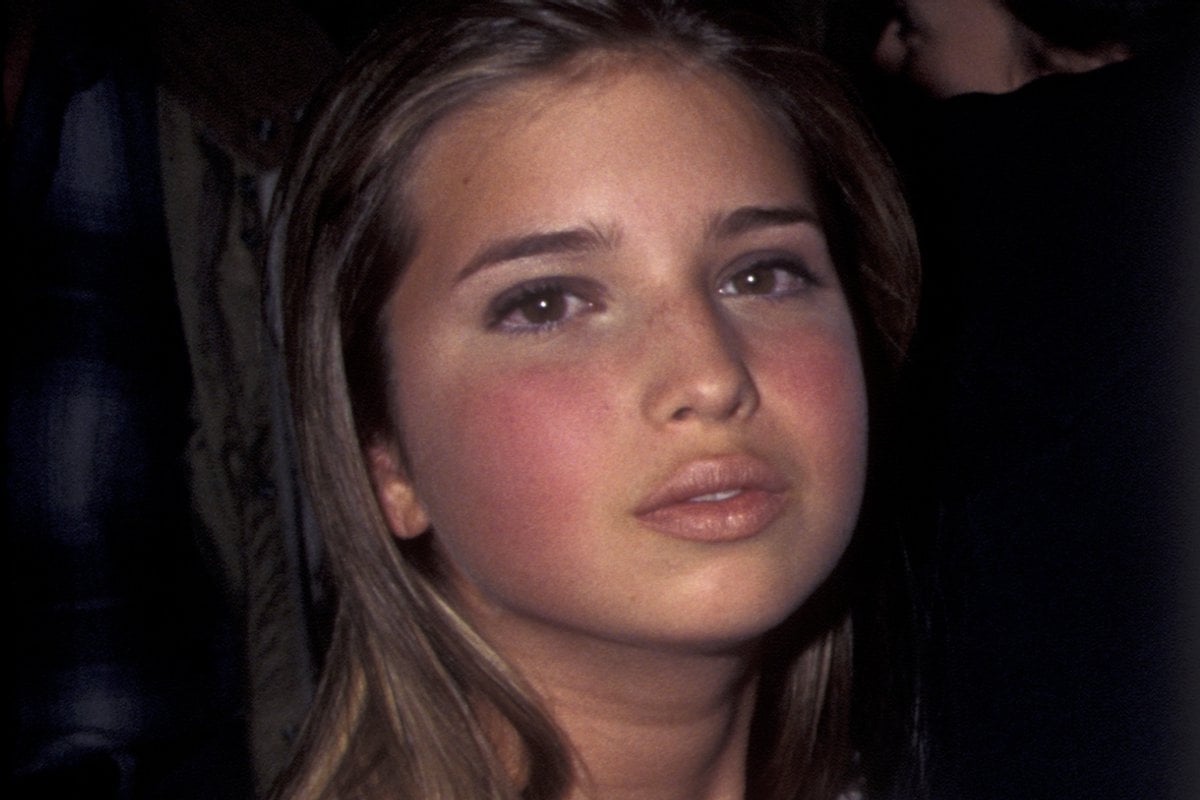 For more than a decade, Ivanka Trump and Lysandra Ohrstrom were inseparable.

The pair, who first met at Chaplin, an all-girls school on Manhattan's Upper East Side, were "more sisters than best friends" for much of their early life.

But now, in the final months of the Trump administration, Lysandra has revisited their friendship in a tell-all essay for Vanity Fair.

In 2018, Ivanka Trump responded to the allegations against her father. Post continues below.

"For the past four years I have tried to tune out the conversation that dominated international media," Lysandra wrote.

"But it is nearly impossible to ignore when the person who used to pluck ingrown hairs from your bikini line suddenly appoints herself to the role of unelected public official and begins to torch democracy."

In the piece, Lysandra shared how her relationship with Ivanka first began in the seventh grade.

After hanging out occasionally at first, Lysandra was invited to Ivanka's lavish 13th birthday party, where the teenager had a sleepover in the penthouse suite of the Trump Taj Mahal, a waterfront casino and hotel in Atlantic City.

"Though he never remembered my name, he seemed to have a photographic memory for changes in my body," she shared.

"I’ll never forget the time Ivanka and I were having lunch with her brothers at Mar-a-Lago one day, and while Mr Trump was saying hi, Don Jr swiped half a grilled cheese sandwich off my plate. Ivanka scolded him, but Mr Trump chimed in, 'Don’t worry. She doesn’t need it. He’s doing her a favour.'"

As teenagers, Lysandra and Ivanka's bond grew stronger as they travelled around the world together. They also appeared together in an article for Sassy Magazine in 1997.

In particular, the pair grew "inseparable" after visiting Paris for a high school language program.

"Sure, she loved to talk about herself and was shamelessly vain, but she was also fun, loyal, and let’s face it, pretty exciting," she shared.

But as they reached post-college life, the former best friends slowly started to drift apart.

While Lysandra, a freelance journalist, travelled to Beirut for her first reporting job, Ivanka was working at real estate developer Forest City Ratner in Brooklyn.

Despite their growing differences, Lysandra was chosen as one of Ivanka's two maids of honour for her 2009 wedding to Jared Kushner.

But after the wedding, their friendship largely fell apart. 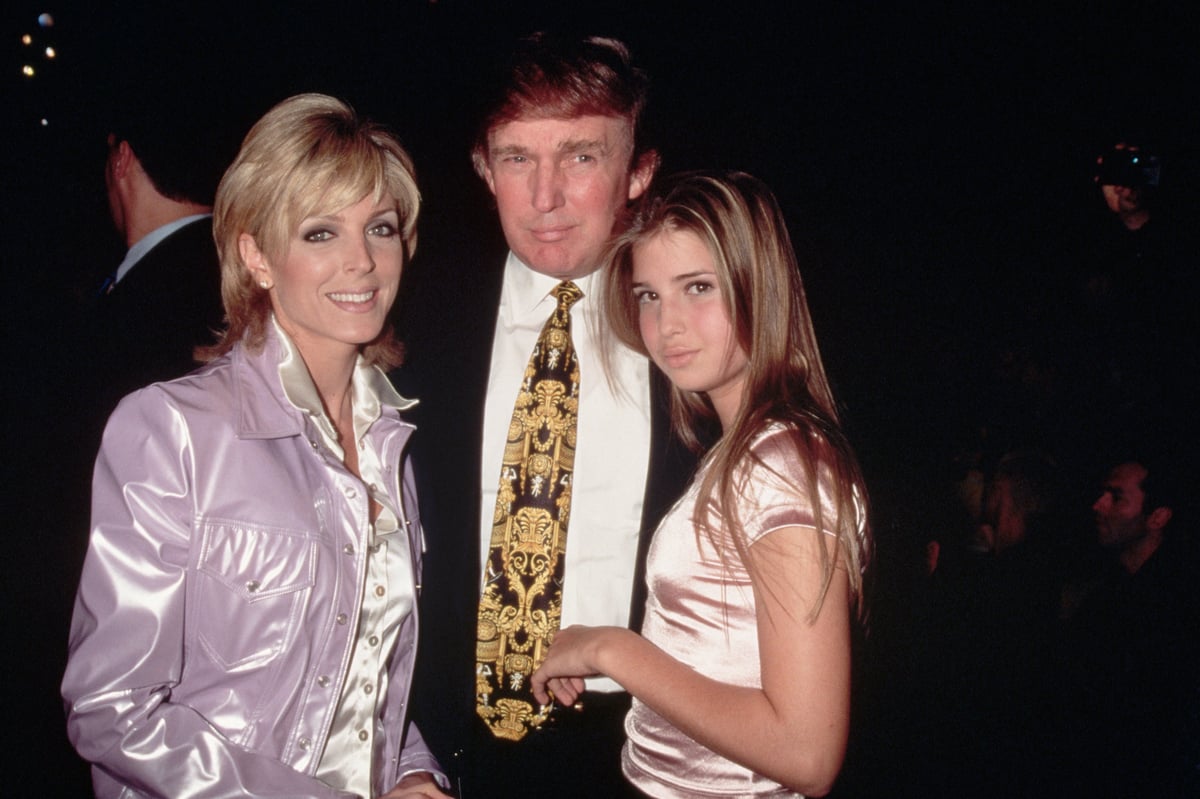 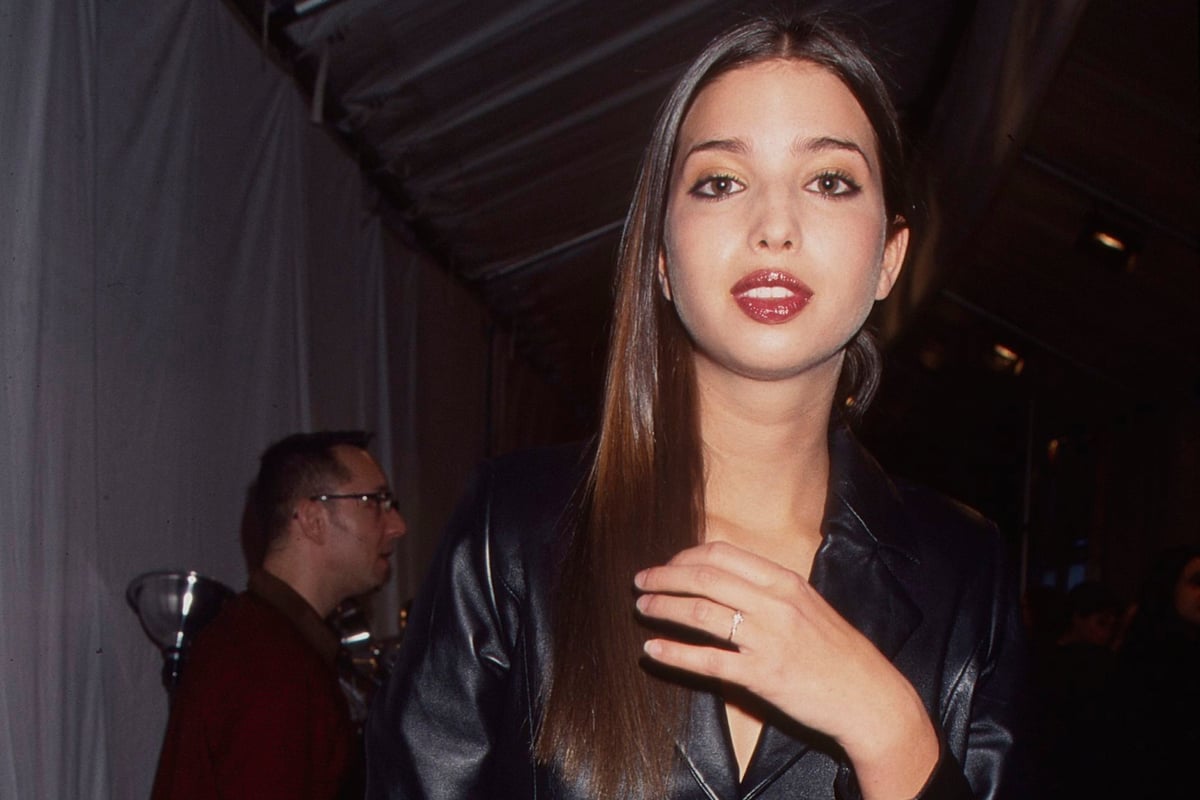 After starting a new job shortly after the wedding, Lysandra texted Ivanka.

"I remember sending her a text that said something like, 'Hey, I started a new job the day after your wedding, and you haven’t asked me a single question about it,'" she recalled.

"I don’t remember her exact reply, but it was something along the lines of, 'Ly, I’m too busy for this shit.'

While Lysandra reflected on the positive side of her years-long friendship with Ivanka, she also made one thing clear. She doesn't "owe her silence" to Ivanka Trump.

In the piece, the freelance writer reflected on a phone call the pair shared after Lysandra recommended Empire Falls, Richard Russo's novel about the life of a restaurant manager in a working class community.

"Ly, why would you tell me to read a book about f**king poor people?" she recalled Ivanka saying. "What part of you thinks I would be interested in this?"

She also recalled how Ivanka often criticised a necklace that she frequently wore. 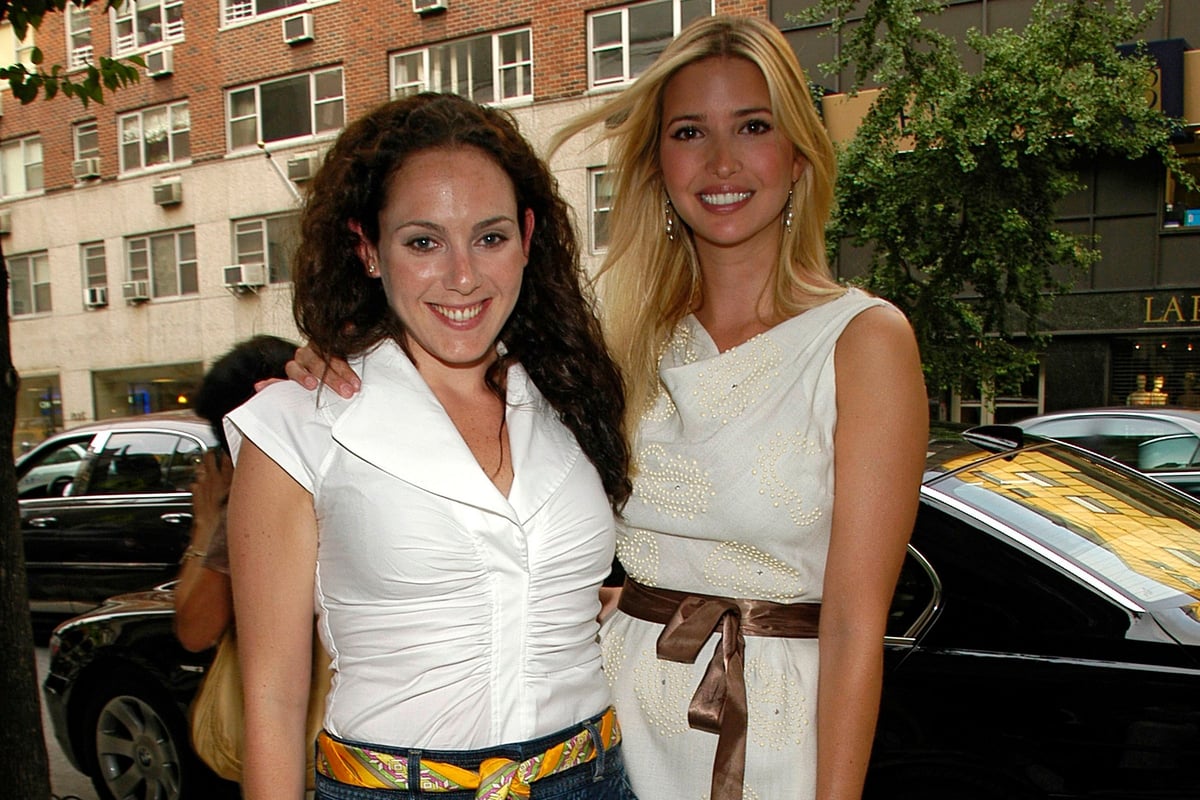 "Since 2007, I’ve worn a necklace with my name written in Arabic, and Ivanka grew increasingly irritated by it. Sometimes, she would randomly say, 'I hate that thing.'

"Then one night in the middle of dinner, she glanced at the necklace and said, 'How does your Jewish boyfriend feel when you are having sex and that necklace hits him in the face? How can you wear that thing? It just screams, 'terrorist.'"

She also recalled that Ivanka referred to her as a "Marxist" after the pair had a disagreement over affordable housing.

Reflecting on the recent US election, Lysandra claimed that Ivanka's public image has unequivocally changed.

"The damage the Trump family has done is unforgivable, even if perpetrated by my childhood best friend," she wrote.

Lysandra Ohrstrom isn't the first to speak out about their former friendship with Ivanka. 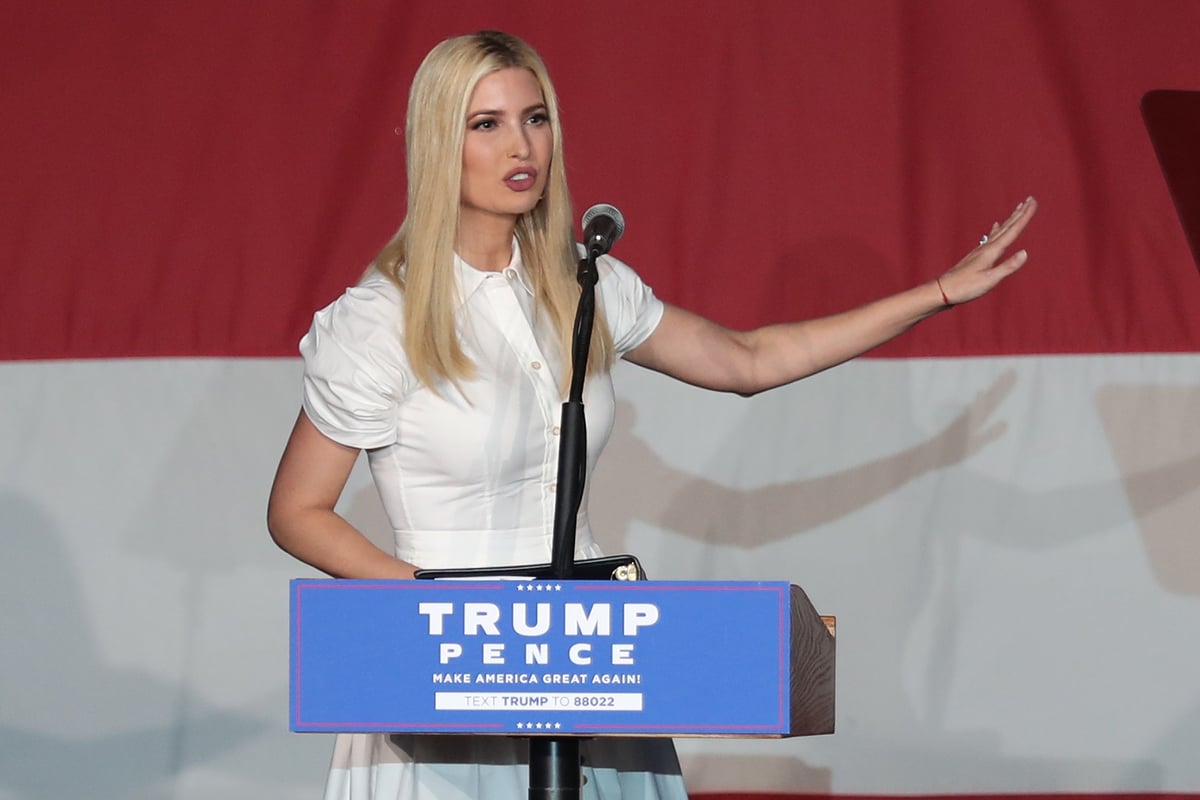 Ivanka Trump speaks during a campaign event for her father on October 27, 2020 in Miami. Image: Getty.

Earlier this year, Chelsea Clinton shared she hasn't spoken to Ivanka, her former friend, since 2016.

"I have no interest in being friends with someone who is not only complicit, but actively taking part in this administration's everyday collision of cruelty and incompetence," she shared on Watch What Happens Live with Andy Cohen.

"I don’t think [Ivanka and President Donald Trump] are the same by any standard. But I think she’s more than complicit," she added.

"I don’t want to be friends with someone like that."

You can read Lysandra Ohrstrom full essay in Vanity Fair.