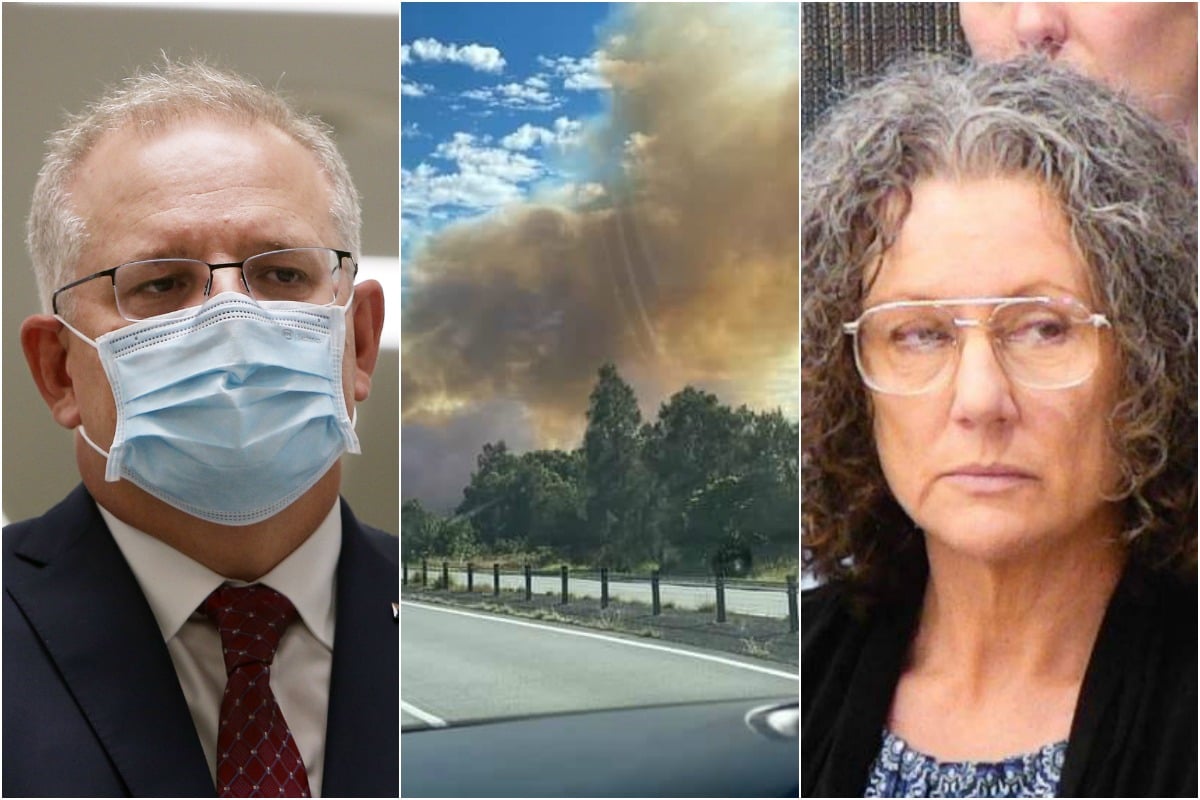 Qantas has suffered a $4 billion revenue hit from the coronavirus crisis and warns international travel could still be a year away.

On Thursday, Qantas CEO Alan Joyce said the international network is unlikely to restart before July 2021, although a Trans-Tasman route could start earlier depending on the amount of community transmission occurring. 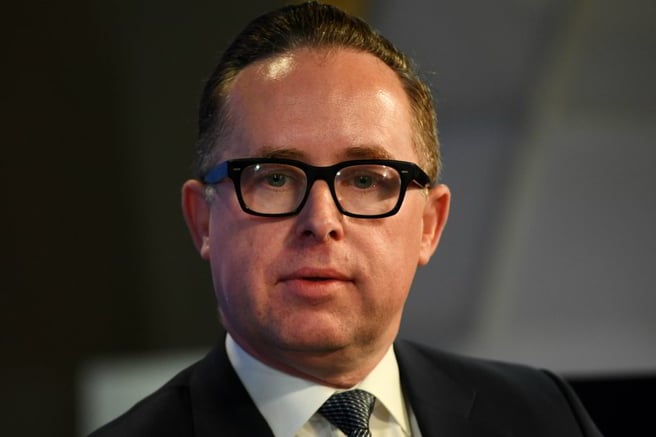 The news comes as Joyce outlined the devastating impact the pandemic has had on Qantas' revenue. He said the second half of the financial year was the toughest set of conditions the national carrier has faced in its 100-year history.

The airline's profits are down by almost 91 per cent due to a ban on international travel for Australians. The carrier says given current border restrictions, 20 per cent of pre-COVID domestic capacity is scheduled for August.

Recent sales activity shows there will be high levels of demand when those restrictions are eased.

Prime Minister Scott Morrison has told Sydney radio station 2GB, "It's not going to be compulsory to have the vaccine," hours after telling 3AW he would make the COVID-19 vaccine "as mandatory as you can possibly make it."

The government has signed a letter of intent with UK based drug company AstraZeneca and Oxford University to secure a free supply of the vaccine for all Australians should human trials prove successful.

The Prime Minister has made his position clear.

In his chat with Melbourne's 3AW, Morrison noted "there are always exemptions for any vaccine on medical grounds, but that should be the only basis."

But on 2GB, he backtracked explaining that: "Nobody's going to force anybody to do anything as a compulsory measure, but we will certainly be encouraging people to take this up.

"There will be a lot of encouragement and measures to get [a] high rate of acceptance. What we want to achieve is as much vaccination as we possibly can, should the vaccine actually prove successful."

Victoria's chief health officer Brett Sutton is hoping for a day without a single new outbreak to add to the state's growing list of encouraging COVID-19 trends.

The state recorded 216 new infections on Wednesday, its lowest daily increase in COVID-19 cases in more than five weeks, while active cases also dropped by 119.

Sutton said only four new outbreaks had been detected in the 24 hours to Wednesday morning, fuelling optimism that the worst is over for the nation's most-affected state.

#Covid19VicData for 19 August 2020.There are 216 new cases of #coronavirus (#COVID19) detected in Victoria in the last 24 hours, and 12 deaths reported. We are sending condolences to their families.
Further information will be available later today. pic.twitter.com/zEMVHRhdoM

"That is the smallest number (of outbreaks) we've seen in for many, many weeks," he told reporters.

"So trending in the right direction but I would like to see a day of zero new outbreaks and very little community transmission."

He said Wednesdays were usually a "spike day" following testing over the weekend.

Professor Sutton was also pleased with the stabilisation of active cases in aged care facilities (2050) as well as ICU (45) and ventilator (29) numbers.

Adelaide women to face court for breaching hotel quarantine to go to a party.

The 19 and 22-year-olds arrived in Perth from Adelaide on Monday night, and were taken to a CBD hotel until return flights could be arranged.﻿

The women allegedly left the hotel at 1:30am despite security's attempts to stop them and caught a taxi to a nearby unit block where they met up with a local rapper who had invited them to the state to party.

They were arrested on Tuesday morning and will appear in court today.

A team of 27 international scientists from Australia, Denmark, Italy, Canada, United States and France have published findings that examine a never before reported on genetic mutation found in the children of Kathleen Folbigg.

Folbigg was convicted in 2003 of the murder of her three children, Patrick, Sarah and Laura, and the manslaughter of son Caleb. 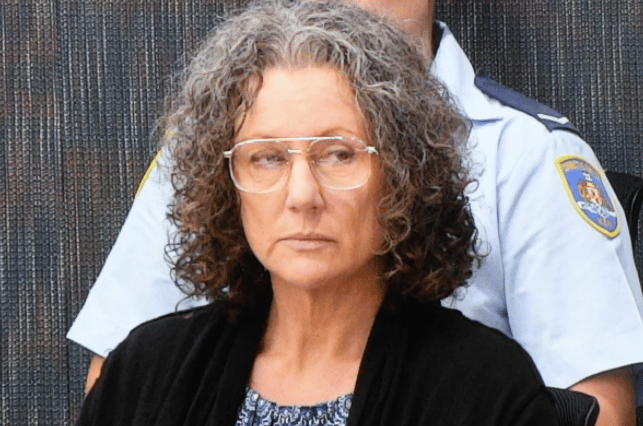 Kathleen Folbigg has been in prison for close to two decades charged with the murder of her kids. Image: AAP.

The scientists say the mutation, known as the CALM2 G114R variant, is "likely pathogenic" and "likely" caused the girls' deaths.

The international team also reported a different genetic mutation found in Folbigg's two boys that could explain their deaths too.

The now 53-year-old has always maintained her innocence. Later this month, a date will be set for a new hearing which will review the findings made by Justice Reginald Blanch at last year's inquiry into Folbigg's conviction.

First big bushfire of the season burning on NSW/QLD border.

An out-of-control bushfire spanning more than 160 hectares is burning along the Pacific Highway near the NSW-Queensland border.

The fire in Duranbah near Tweed Heads is currently at advice level and is the first big blaze of the 2020/21 bushfire season.

As the Sydney Morning Herald reports, by this time last year the state had triple that with more than 2000 blazes.

Despite recent rain, 4.5 percent of the state remains in drought including the area currently up in flames.

The High Court has ruled that the first nine days of New Zealand's COVID-19 lockdown were unlawful, and were not in fact legal until April 3.

An inquiry into the lockdown found that announcements made by Prime Minister Jacinda Ardern were justified, but went beyond the specific directions made by New Zealand's Director-General of Health Ashley Bloomfield. 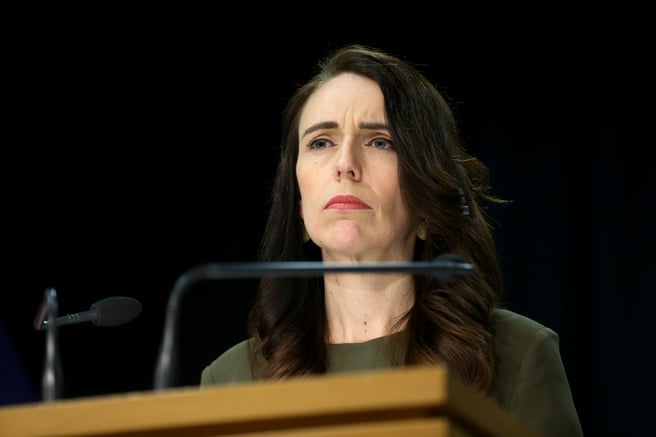 Three judges delivered their findings yesterday adding that while they were technically unlawful, they were necessary, reasonable and proportionate to the crisis at the time.

The ruling may affect restriction breach penalties handed out to New Zealanders during that time.

Climate activist Greta Thunberg has criticised "political inaction" by European leaders ahead of a meeting with German Chancellor Angela Merkel in Berlin.

Two years of school strikes had spurred political commitments and "big speeches" but "the climate and ecological crisis has never once been treated as a crisis," Thunberg and three other youth climate activists wrote in The Guardian.

“Today, leaders all over the world are speaking of an “existential crisis”. The climate emergency is discussed on countless panels and summits. Commitments are being made, big speeches are given. Yet, when it comes to action we are still in a state of denial. The climate and ecological crisis has never once been treated as a crisis.” It’s now been 2 years since the first school strike. Ahead of our meeting with Chancellor Angela Merkel @anuna_dewever , @adelaidecha , @luisaneubauer and I write in The Guardian. Link in bio #FaceTheClimateEmergency

"The gap between what we need to do and what's actually being done is widening by the minute," they wrote. "Effectively, we have lost another two crucial years to political inaction."

Thunberg said the group planned to tell Merkel "she must face up to the climate emergency - especially as Germany now holds the presidency of the European Council."

"Europe has a responsibility to act," they wrote, noting that EU nations and Britain were responsible for an estimated 22 per cent of "historic accumulative global emissions."

"It is immoral that the countries that have done the least to cause the problem are suffering first and worst," the activists said.

Former Vice President Joe Biden has officially been nominated by the Democrats as their presidential nominee in a virtual event. ﻿

His wife, Jill Biden, and several grandchildren joined him for the moment. 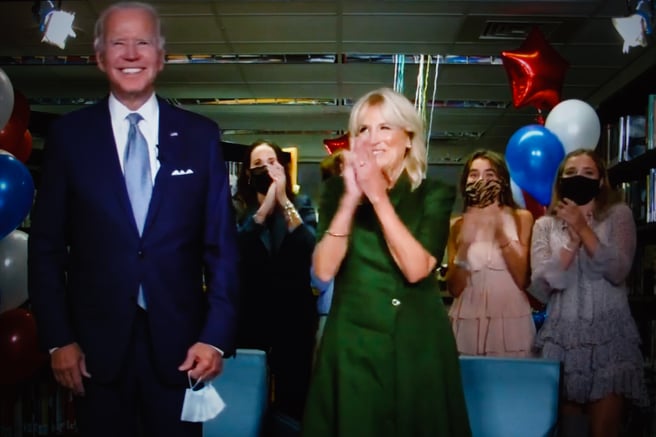 Biden’s toughest competition for the nomination, Bernie Sanders, suspended his campaign in April, giving Democrats several months to unite behind Biden as their likely nominee before it became official.

With 78 days to go until Election Day, Biden leads by 7.7 points nationally in the RealClearPolitics average, down from his largest lead of 10.2 points, held in late June.

Hobart, Melbourne, Canberra, Sydney and Adelaide are all forecast to see drops in from today, as a large mass of Antarctic air heads for Australia.

Global weather satellites have captured images of the polar temperature air mass that's broken away from the continent.

It's likely to bring with it not just cooler temperatures, but gusty winds, snow and rain to the south-eastern states.

❄️️ SNOW ALERT ❄️ Incoming low-level snow for southeastern Australia later this week! Temperatures should drop low enough for #snow to reach 500-600 metres elevation in parts of TAS, VIC and NSW on Friday and Saturday. We could even see snow in northern NSW on the weekend! pic.twitter.com/QwTKnDfx7F

- Business leaders are demanding some certainty over when Australia's international border will re-open, saying it's crucial for our economic recovery.

- The United Nations has warned that millions of people in Yemen will suffer and could die because of a lack of funds for its aid work.

- More than 800 people have been killed in India by flooding caused by heavier than usual monsoonal rains.

Reply
Upvote
I wonder why Scummo is wearing a mask, going by his own words they make no difference, they aren’t necessary. Oh thats right that was before, when we were so unprepared for a pandemic we ran out before we even started, so we just tell the people that, they are all stupid anyway, they will believe us. Then they will forget by the time we have them back in stock. Those voters are pretty stupid, he thinks.
G
guest2 2 years ago

Reply
Upvote
1 upvotes
@scummo  The WHO didn't recommend masks, nor did the chief Medical Officer, however, ScoMo, against the advice of the WHO did ban flights from Wuhan and China, very early on before a pandemic was declared.   But, there wasn't anything stopping individuals from wearing a mask if they wished, unless Australians have stopped thinking for themselves.
S
scummo 2 years ago

Reply
Upvote
@guest2 Yes but the last plane he didn’t turn around from Wuhan brought our first problems with it. Too slow making a decision. The Chief Med Officer, don’t make me laugh, he was Scummo’s lap dog, he said what he was told to say. No there wasn’t anything stopping the actual wearing of masks, if a person could have got their hands on one, but when the leader is repeatedly saying they are of no use some might think he knows. We were dreadfully unprepared for a pandemic. He was too fixated on his precious surplus to spend some money on a rainy day problem. SURPLUS how amusing, we are about 40 years away from that. Now he has a good excuse for something that probably wouldn’t have eventuated anyway, just another con of his.
News
General
Opinion
True Crime
Politics
Sport
Explainer
Entertainment
Celebrity
Reality TV
Movies
TV
Books
Rogue
Royal
Lifestyle
Beauty
Fashion
Weddings
Home
Wellness
Health
Fitness
Travel
Food
Parents
Before The Bump
Pregnancy
Baby
Kids
Teens
School
Parent Opinion
Work & Money
Money
Finance
Career
Lady Startup
Relationships
Sex
Dating
Separation
Friendship
Family
Real Life
Couples