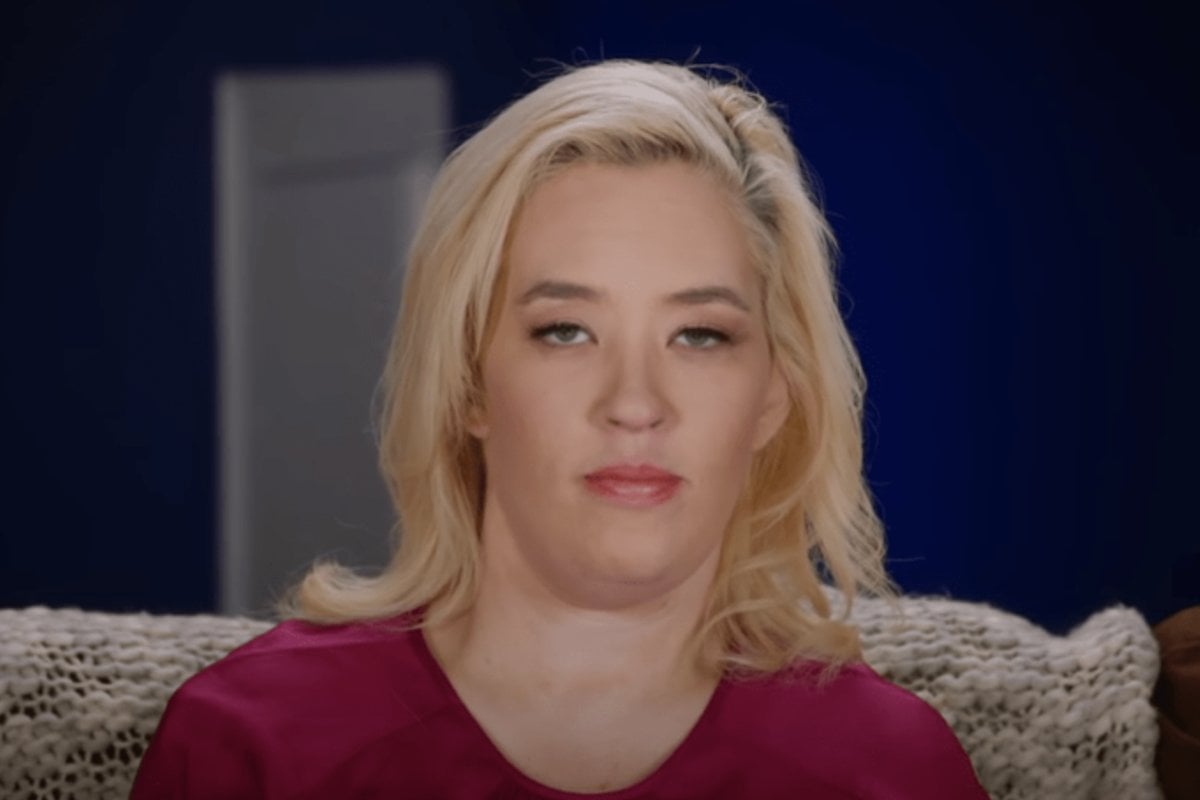 If you're a lover of reality TV, you'll be familiar with the name Mama June.

June Edith "Mama June" Shannon is the head of the Shannon family and she has four daughters, Anna "Chickadee", Jessica "Chubbs", Lauryn "Pumpkin", and most memorably, Alana "Honey Boo Boo".

She first appeared on our television screens in 2012, when she and Honey Boo Boo appeared on Toddlers & Tiaras. The mother-daughter duo made such an impression they gained their own show, Here Comes Honey Boo Boo.

Since then, June has continued to share her life - the good and the bad - with us on-screen. And in recent years, she's gotten into quite a bit of trouble.

Here's what she's been up to.

Watch: Mama June and Honey Boo Boo on The Doctors. Post continues below.

In January 2012, Mama June and her youngest daughter, Alana (more commonly known as Honey Boo Boo), appeared on the US reality TV series Toddlers & Tiaras. And thanks to Alana's loud personality, the two became series regulars.

Seven months later, June and her daughter had become so popular that they were given their own reality series, Here Comes Honey Boo Boo. The show ran for four seasons and gave everyone a good look into their chaotic family life. 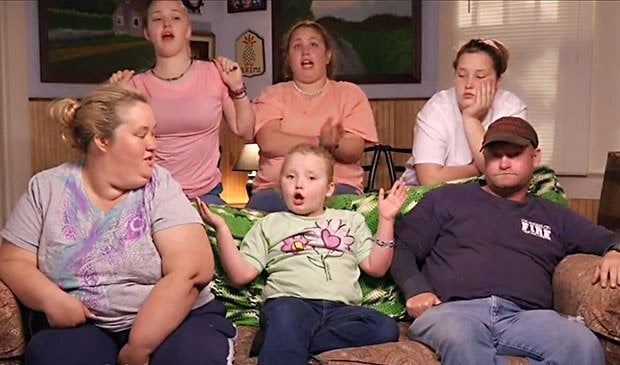 While filming season five, the network cancelled the show after they found out June was dating a registered sex offender. However, June denied it.

"The statement of me dating a sex offender is totally untrue. I would not ever ever ever put my kids in danger, I love my kids too much. That is my past. I have not seen that person in 10 years and don’t seem to want to see that person," she said during a Facebook video.

From 2004 to 2016, June was married to Mike "Sugar Bear" Thompson. The same year that she and Mike divorced, June started dating Eugene "Geno" Doak.

In 2016, June underwent a huge physical transformation, losing over 120kgs. She also spent $75,000 on a breast augmentation, liposuction and skin removal.

In 2017, June got her very own television show, Mama June: From Not to Hot, documenting her physical transformation and surgeries.

In early 2019, Mama June abandoned her four daughters for her troubled boyfriend Geno.

The couple were seen living out of their car and when her children asked for her to come home and leave her boyfriend and the drugs behind, she unflinchingly chose her man.

That March, June and Geno were arrested for possession of a controlled substance and drug paraphernalia charges after police allegedly found crack cocaine and a pipe on June. In September 2019, they were both charged with drug possession and pleaded not guilty. 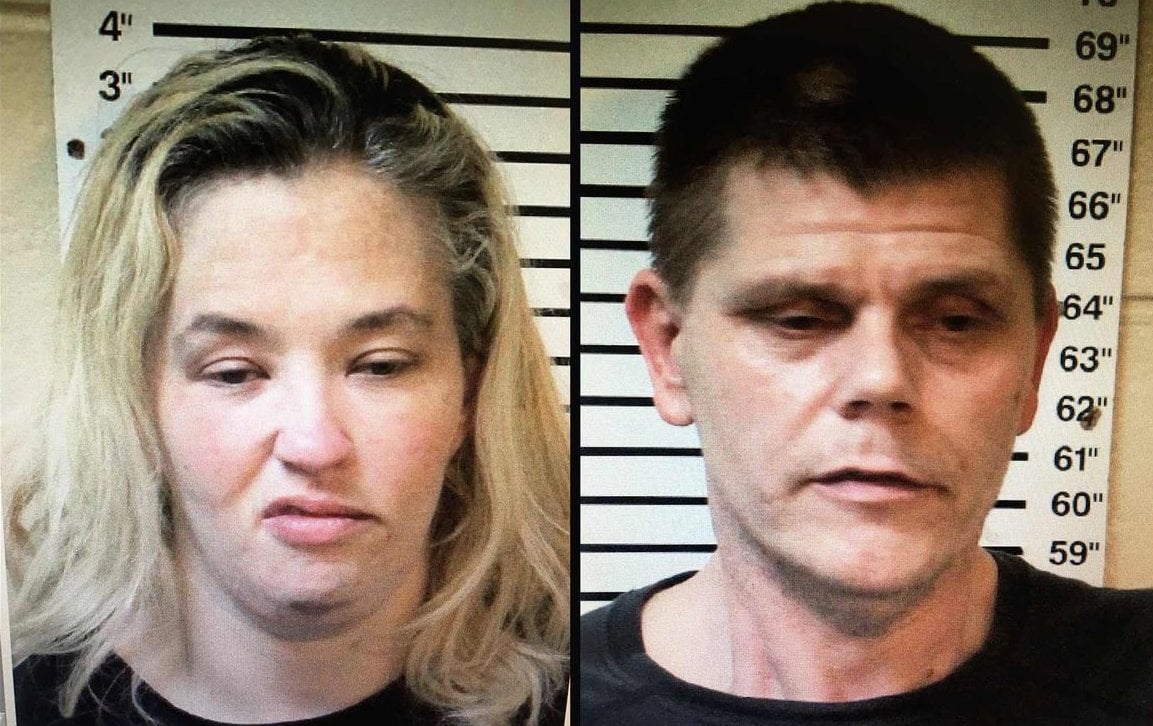 Honey Boo Boo, then 15, started living with her 21-year-old sister Pumpkin, her husband Josh and daughter Ella Grace. June sold their family home for cash to support her drug habit.

"The only reason I sold the house, I was dead f*cking broke," Mama June told her daughter Pumpkin on her reality TV show.

At the height of their addiction, Mama June and Geno spent $1 million on drugs.

"You're always owing somebody. You know, bank accounts overdrawn tens of thousands of dollars, house being sold... I spent massive amounts of money," she told Access Hollywood in March.

"That was our wake up call," she said.

In early 2020, June and Geno checked themselves into the Banyan Treatment Centre in Florida for 23 days.

In August 2020, Mama June announced they were both six months clean.

"Hey guys, real quick I just wanted to jump on here. I know my birthday isn't until Monday, but I want to share this six-month blinged out chip that my manager sent me for my birthday," she said as she showcased the six-month sobriety coin in an Instagram video.

"It's probably the most thing I'm proud of because now me and Geno are over six months clean.

In April 2020, The Blast reported that a judge had ordered June's criminal trial to be postponed due to the COVID-19 pandemic. So June and Geno continue to wait to hear what their sentences will be.

"I may go to jail and never see my kids again. I'm scared sh*tless," June said in a promo for the latest season of her reality series, this time titled Mama June: Road to Redemption.

In the series which premiered on March 19, 2021, Mama June and her daughter Alana "Honey Boo Boo" sat down with family therapist Dr Ish, to discuss how June's drug addiction affected her family.

During their sit down, Alana explained to her mum that when her addiction was at its worst, she felt abandoned.

"It's just hard because you wasn't there for my first day of high school and I think that's a pretty big thing," Alana said.

"It was hard for me not having my mum there and I had to come home and tell Pumpkin what I was doing. 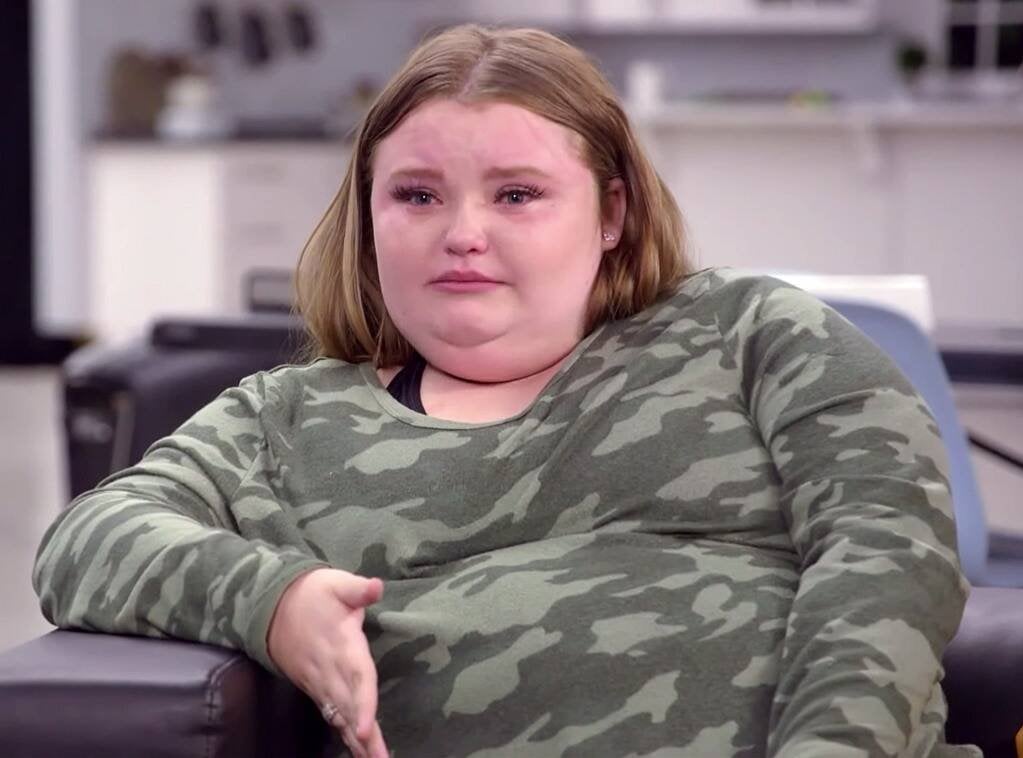 Mama June admitted she screwed up.

"I know I was selfish when I went to rehab and to be honest with you, I'm still a little bit selfish in my recovery," she responded.

"But I'm willing to do whatever it takes to get you all back in my life and that's the reason why I'm here today," she added.

Alana then explained that there were many nights where her mum never texted her back, leaving her worried that she'd overdosed.

"You don't know how many nights I cried myself to sleep just hoping and praying that you didn't overdose," she said.

"'God, please don't let my mum die. Please just hold onto her. Just please!' I just wanted you there and even if I texted your phone, I wouldn't even get a text back so hell, I never knew if you were alive or dead anyways."