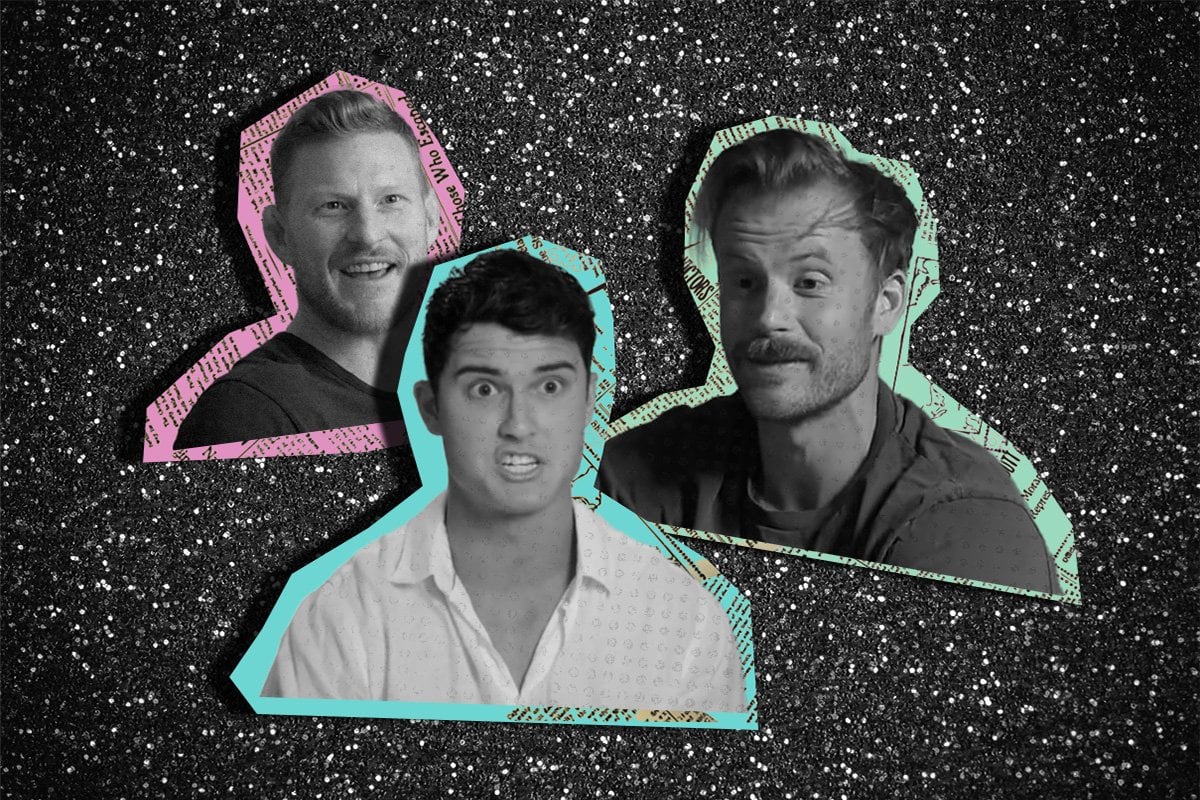 This is the headline we wish we could write on International Women’s Day: Woman watches Married at First Sight without observing any sexist behaviour. 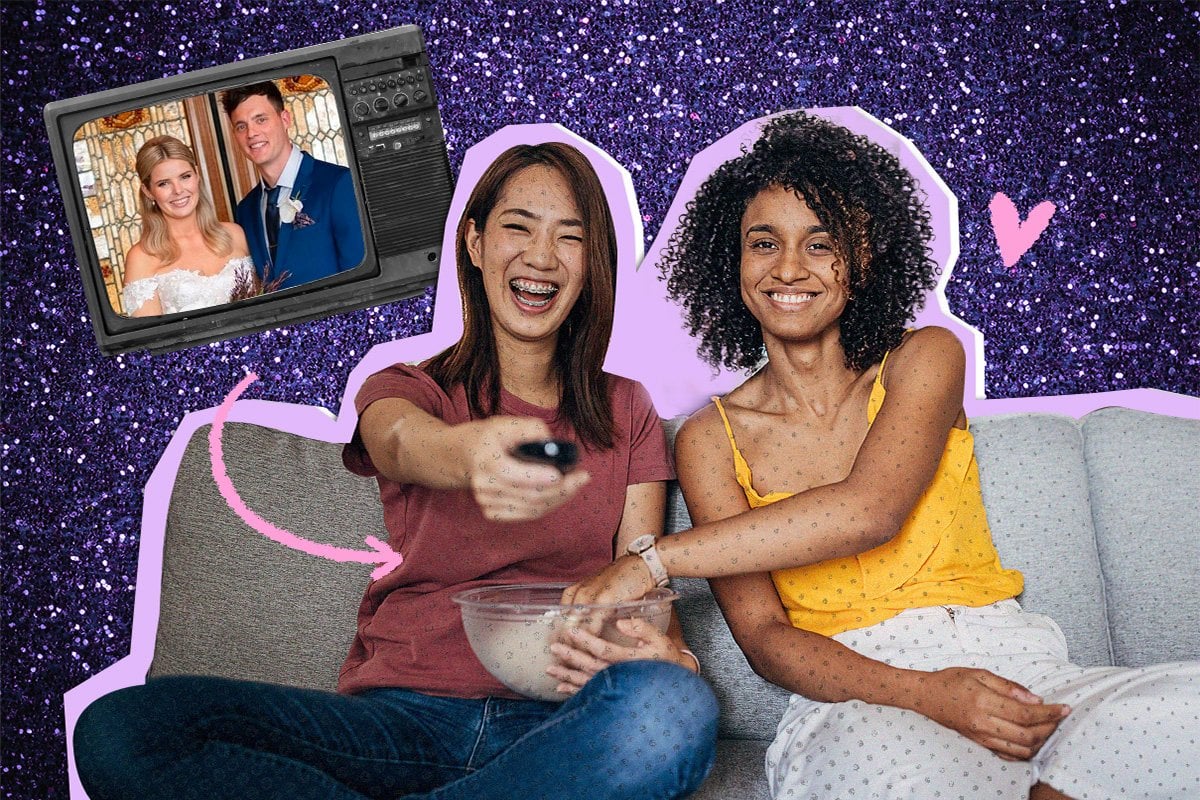 If you, like me, are neck-deep into this season of Married at First Sight, you may have noticed a theme brewing.

...gaslighting? Yes, but not what I'm getting at here.

...casual racism? Absolutely, but I'm on about another awful thing.

...that the veil that MAFS has leaned on that this is a *genuine* experiment is getting thinner and thinner? Again, yes, but not what I'm talking about today.

Today's topic of discussion is the disappointing MAFS theme of: Men having no idea how to be in a real relationship.

Just in case you need to re-familiarise yourself with MAFS, here's the trailer for the current season of Married At First Sight. Post continues after video.

And I know what you're about to say: MAFS isn't real. And you're right, but the relationships the brides and grooms are jammed into from the start are meant to mimic real relationships. And it seems that, for the most part, they give things a go as if it was a 'real' relationship.

So, for that reason, we need to have a discussion about these men having little to no idea about how to be in a real relationship.

Now, apologies for diving in deep here, but I need to talk about this immediately.

For those who lasted up to around episode three or four, you would have witnessed a frank discussion held between Domenica and Jack. I will be aggressively paraphrasing here, but it went a little something like this:

Jack: Ahhhh when you're blEed!ing?! Is that even allowed?!

You see, Jack has never dealt with period sex as a topic, suggestion or reality. Which means one of two things: He's never slept with a woman for more than three and a half weeks OR he has never had a discussion about menstruation. Two rather bleak options.

Jack seemed keen to remedy this situation, but rather than speaking to his wife about the logistic of period sex, he opted for a stranger solution: talking to the lads.

He rallied a conference of two other Married at First Sight grooms to weigh in on the topic. They came with some insights, but very little education occurred during this dude summit, leaving Jack at the same fear level around period sex.

This strategy was not reminiscent of a man who knows how to communicate in a relationship.

My second piece of evidence: Number of sexual partners does not equal sexual ability.

Now we need to get mathematical for this section of the debate, because this is the deployment utilised by one MAFS groom, Andrew.

Andrew, who was paired up with Holly, had just had sex, and Andrew thought it would be good and right and fair and kind to offer a performance review of the sex on national television.

...and he only had negative notes for Holly and a glowing review of himself. Obviously.

Andrew has slept with over 350 women. We know that because he declared that statistic proudly during this KPI meeting. And because he has bonked this many ladies, he believes that he has scored big time in the sexpert category.

Which, in reverse, means that if Holly has had any fewer sexual partners than him, then she is statistically worse at sex. It's a simple equation that is riddled with questions I need to ask Andrew immediately. Like:

It's clear to me from this MAFS conflict that Andrew was clearly not ready for a relationship, nor very 'experienced' in that department - despite his ballsy claims.

My third and final piece of evidence: A man-child is present.

Now, I'm sure this one will stir the plot a bit as the groom in question does seem like a fairly harmless guy. Regardless, I have some opinions about Al, and I would like to share them.

Al either applied or was recruited for this season of Married At First Sight, despite only being 25 years old.

In his intro episode, he claimed he was determined to "grow up" and find his perfect partner - whilst also leaving all of the 'finding' up to the experts. The statement of wanting to "grow up", and using a reality TV show as a platform in which to do that, was a big ol' red flag for me. You see, it indicates that he's looking for a wife to drag him up to adulthood while also getting a lot of attention from producers, crew and ultimately a national audience.

Al lived up to his stereotypes instantly, admitting to his new wife that he's never done laundry or ever really cooked for himself, before deciding to 'break the ice' at a formal dinner party by doing a shoey.

In each and every episode he has managed to disappoint his wife by doing or saying something immature, and his behaviour has now pushed his wife to serious question a future with him. Because while he signed up to the show to "grow up", she signed up to find an already grown-up partner who wouldn't drink frothy beers from a boot and break the washing machine.

It would have been as clear to the experts as it is to us watching at home that Al has no idea how to have a relationship.

And yet, these men are churned out every season, ready and raring to disappoint us and the wives they blindly met at the altar.