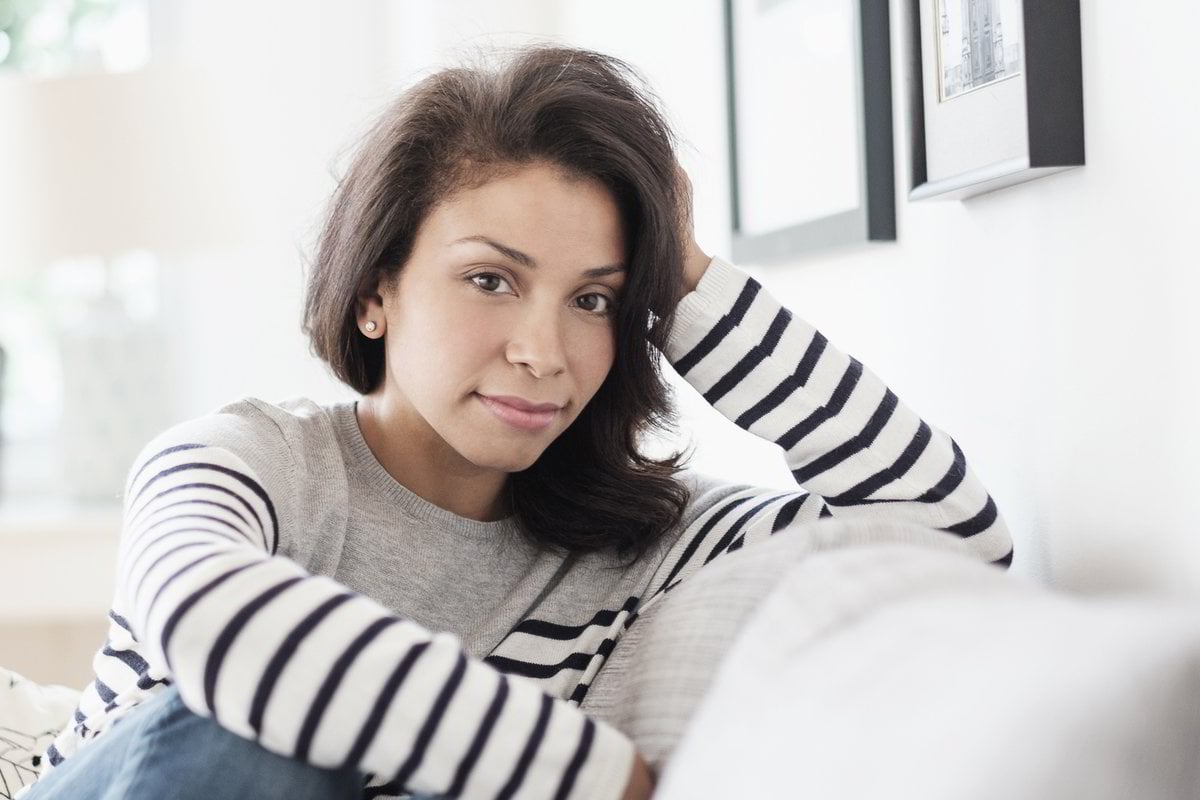 After breaking up with a long-term boyfriend who’d cheated on me, I dated half-heartedly. My overall feeling about it was meh.

“Don’t you want to find someone? Someone who treats you better than your ex?” a friend asked me.

I shrugged. “I’m fine being single, and I’m fine dating. Doesn’t really matter to me.”

“So you’re apathetic,” she said.

I thought about it for a second and then nodded.

“Dating apathy” is just another way of describing someone who has become “love avoidant.” You may be love avoidant too if:

When my car battery died, the man I was dating at the time lived close by to me. Instead of calling him, I shelled out money to have a company come do it. When I was sick, I ordered delivery and took my own sick butt to the store to buy cold medicine.

Asking or receiving help from people felt like I’d owe them something, and a debt felt too much like commitment. Further, I could soothe myself and didn’t look toward the relationship as a place to do that.

2. You’re dedicated to things outside of the relationship.

We all should have hobbies or relationships that aren’t just about our romantic partner, but if we spend the majority of our time working, working out, playing sports, spending time with friends or family, then we’re likely neglecting whoever we’re dating in the process. A relationship can’t grow if we don’t give it any time to do so.

If a man wanted to see me, he had to juggle a somewhat imaginary schedule. I had a normal 9–5 job at the time, but they had to have thought I was working 80 hour work weeks with how little I seemed to be available.

When men asked me about my previous relationships, my childhood, what I thought about where I was in my life at the moment, etc., I was monosyllabic or vague, or redirected away from the conversation altogether. More often than not, I asked them questions, so I didn’t have to talk about myself.

4. You hide behind walls of silence.

One of my dates once said, “It’s so nice that we can comfortably sit in silence together.”

I thought of when Uma Thurman said that in Pulp Fiction and how she was meaning that sharing a comfortable silence with someone meant you’d found someone special.

Uhhh... I was just avoiding talking in the hopes he’d fill up the vacancy with his own voice.

5. You make up excuses to leave places/events early or not attend at all.

I always had something going on. Friends were getting married. I had “appointments” or children to babysit. My parents needed me.

Whatever excuse I could use, I would. I didn’t want to be someone’s “plus one,” and I surely didn’t want them to be mine either. That was too... couple-y, and that’s exactly what I didn’t want.

6. You complain that your partner is too needy or controlling if they push for more.

“Why? Don’t we see each other enough?” I asked.

“No. I mean, the last time I saw you was two weeks ago,” the guy I’d been dating for a couple of months said.

“I can’t give you much more than that. I’m just so busy. Most guys would like that I’m not clingy,” I said.

“Well, yeah, I don’t want you to be clingy, but I’d like you to…I don’t know…want to spend time with me.”

I can’t remember if I did for sure, but I probably rolled my eyes when he said that. I felt like he, and the other guys I dated, knew what they were getting into. I wasn’t a clinger. I was cool being by myself, and I could go a while without seeing them if necessary.

Why did these guys all of a sudden want to change what (I thought) was working? Well, because that’s what happens when relationships develop, and I didn’t want that.

This one should be clear from all of the previous steps, but I did everything I could not to be pinned down.

Can we go out on Friday? I don’t know. Maybe.

Would you like to only date each other? I don’t know. Maybe.

I rarely gave anyone an outright “no,” but I didn’t really give them a “yes” either. Strangely, the further I seemed to run from some men, the more they seemed to chase me. No relationship is on equal footing if someone is always fleeing and someone else is always chasing.

For me, love avoidance was a phase that lasted a couple of years. My previous relationship had burned me, and I needed both time and to do some work before I was willing to open myself up to the risk of being hurt again.

For others and possibly yourself, love avoidance may have become a pattern of relating. You get stuck in a cycle of relying solely on yourself, so you don’t have to depend on anyone for anything. You don’t let people in, and you run at the first sign that anyone wants something more from you emotionally.

If you eventually want a healthy, stable, secure, safe relationship, you’ll likely need to learn how to relate differently eventually.

For me, working with a therapist helped me overcome some of my fears around relationships and begin moving forward. Sometimes we need to retreat and that’s okay, but it shouldn’t last forever.

Tara Blair Ball is a freelance writer and author of the memoir, The Beginning of the End. Check out her website here or find her on Twitter:  @tarablairball.