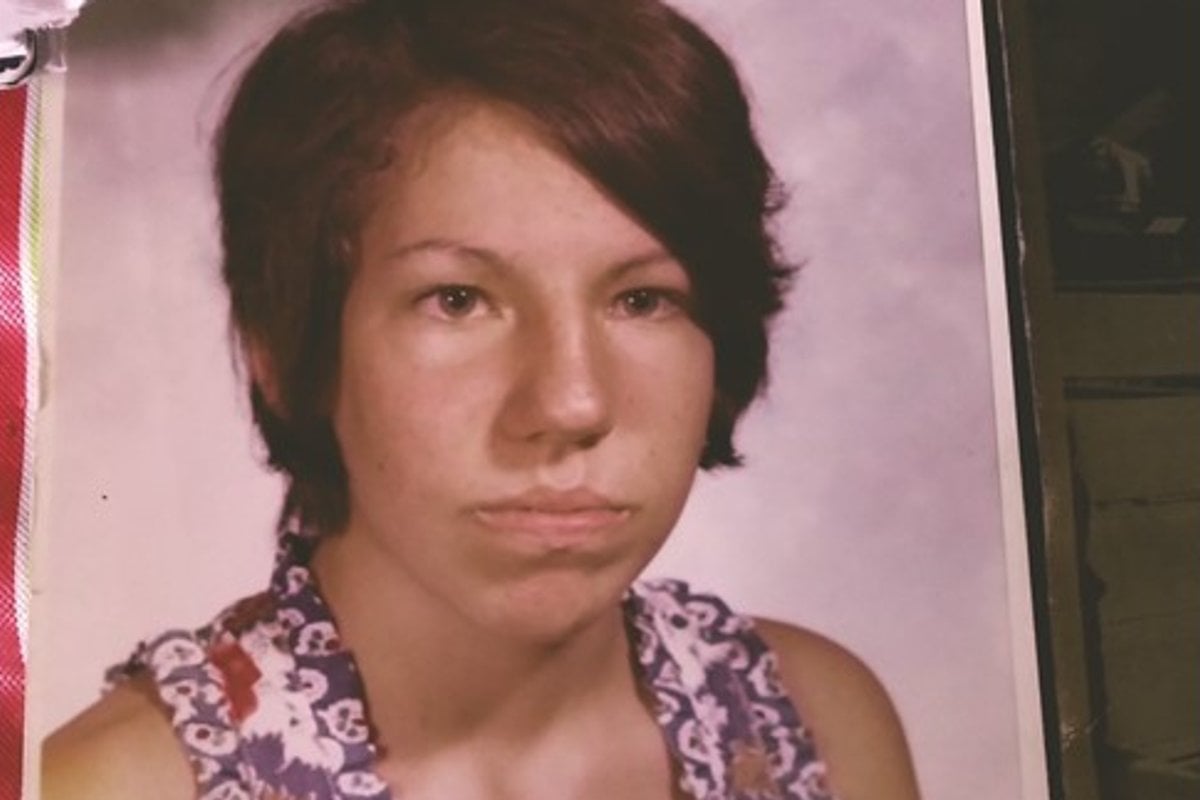 Toni had been waiting a long time for this moment. She finally knew the identities of the two men who had murdered her sister and, as the last surviving member of her family, there was something she needed to do.

Lori was a high school student in Reynoldsburg, Ohio. On September 27, 1974, she went to a school football game, and then to a party afterward.

She left the party, but never made it home. Her mother called police, and they began searching.

Lori’s naked body was found the next morning in a ditch on the side of a road.

Her clothes were scattered along roads for miles around.

The coroner said Lori’s cause of death was "asphyxia of undetermined origin". Her family always believed she was murdered.

Toni and her mother never got any answers about what had happened to Lori.

"This totally changed everything for all of us," Toni said. "All my sister’s friends, my friends, me, my family, things we used to do."

Six months after Lori’s death, another teenage girl disappeared in nearby Whitehall, Ohio.

Her name was Karen Adams. She was 17 and studying to be a lab technician.

She told her parents she was going to a friend’s house, but she was really planning to meet her boyfriend at a supermarket. She never made it.

Her body was discovered the following day in a ditch. She had been sexually assaulted and strangled.

Karen’s boyfriend was questioned and released. Her father offered a reward, but no one was ever charged.

In 2011, the cold case unit at the sheriff’s office submitted Karen’s underwear to a laboratory so that the semen on it could be checked against a national database of DNA samples collected from convicted offenders.

There was semen from two men on the underwear.

The database found a match for one of them. His name was Robert Meyer. He was 71, and living in Cincinnati, Ohio.

Meyer had a long criminal history.

He’d killed a man with a hammer during a robbery in 1963 and spent 10 years in jail.

The two of them had moved in together when they were released, living on the same street in Whitehall as Karen.

In 1976, they’d kidnapped and raped at least two women in Toledo, Ohio, and been sent to jail.

Webber had died behind bars, but Meyer had been released after 23 years and lived a decade as a free man.

At first Meyer claimed he’d never seen Karen before and didn’t know why his DNA was found on her, but he ended up pleading guilty to her murder.

Detective Chuck Clark wanted a motive, but all he got from Meyer was that it was "just what he did". He pushed for an apology.

"You want me to tell her mother that you are totally sorry?" Detective Clark asked.

In court, Karen’s brother Gene faced the man who had killed his sister.

Meyer was sentenced to 15 years to life. He died three years in jail.

Back in Reynoldsburg, in 2019, Officer Craig Brafford reopened Lori Nesson’s case. He was a patrol officer, not a detective, but he wanted to take on the case because his daughter was 15, the same age Lori was when she died.

"Nowhere in the stretches of my imagination can I imagine the pain and the anguish that you know Toni the rest of Nesson's family and friends went through over that 46 years," he said.

Officer Brafford looked at photos from the autopsy and saw cuts on Lori’s lip, "things that would indicate foul play".

Not satisfied with the "undetermined" cause of death, he asked the coroner’s office to review it. They ruled it a homicide.

Officer Brafford rang Toni, who had by then moved to North Carolina.

"The first thing he said was, 'I’m not trying to open an old wound, but I need to talk to you about your sister,'" she told 10 WBNS. "And I proceeded to say to him, 'You can't open something that's never been closed.'"

The ruling of homicide made the news in Ohio in December last year.

That night, the Reynoldsburg police got a call from Karen Adams' cousin. She said Lori’s death sounded very similar to Karen’s.

Before long, Meyer and Webber were identified as Lori’s killers.

Police didn’t have a sample of Webber’s DNA, as he was long dead, but when they asked Webber’s son for a cheek swab, he was willing to supply it.

Detective Clark said he always had a feeling that Meyer and Webber were responsible for more than they were caught for.

"They would drink, drive around the city, wherever, and they would approach girls and young women that were by themselves," he said.

"They were serial rapists and killers."

Detective Clark and Reynoldsburg police have now asked other police agencies in Ohio to review their cold cases from 1974 to 1977, saying Meyer and Webber had "plenty of time to victimise other women".

She met with a group of Lori’s former school friends, including one, Debbie, who had flown home from Europe just to be there. Gene, the brother of Karen Adams, also turned up to honour Lori.

At the grave, Toni held Debbie’s hand as she spoke to her sister.

"Lori, these are the pictures of the men who assaulted and murdered you. These were the people that took your life and they are both dead. What we wanted to do here today was give you peace, and give Mum peace, to know that we did everything we could to write a wrong."

Toni set fire to the photos of Meyer and Webber and watched their faces burn in the metal bucket. She had a message for other families.

"Just because it’s been however long, don’t give up hope. There’s always, always somebody out there that will be able to help you."