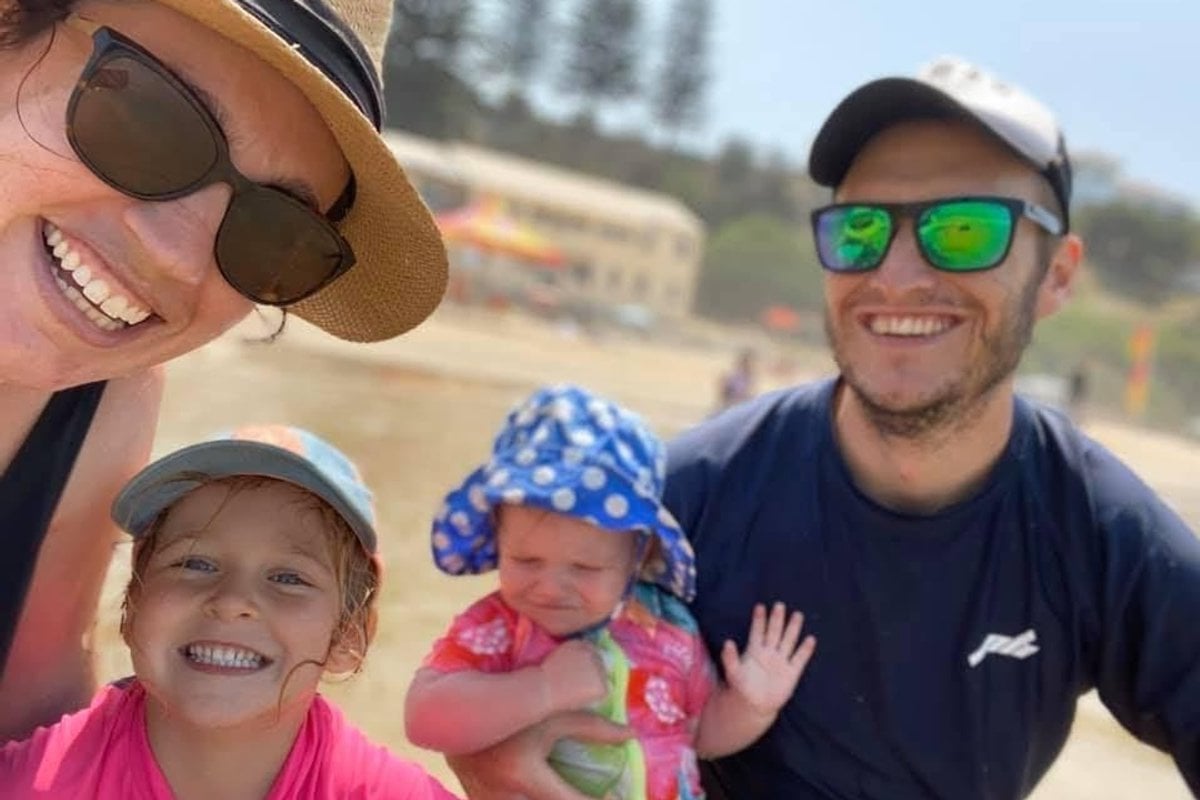 Michelle is the mother of two little girls, with a third due in June.

Since sharing that her third child will be her third daughter, Michelle has received a range of common responses.

No. Nor is it anyone's business whether we followed any special diets, used any special positions or timed copulation to coincide with the full moon.

We were trying for a third baby. We spoke to numerous medical professionals, created budget spreadsheets, tracked ovulation and lost two babies trying to get our wanted three.

Whether any of them had any dangly bits between their legs was not among our considerations.

Poor Dad has always wanted to be a Dad. Poor Dad has shed more than his fair share of tears when confronted with pregnancy loss and health challenges. Poor Dad has turned down job opportunities so he could spend more time with his young family.

Poor Dad had a smile from ear to ear when each of his daughters was born, hugged his two daughters before they took their first steps into daycare and big school, and cheered from the sidelines during his eldest’s first soccer game.

Poor Dad takes them to the driving range, wrestles with them on the trampoline, runs through the sprinkler with them, helps them with their homework, and takes every completed Kapla-block build as iron-clad proof that his Harvey & Daughters Engineering Consultancy firm will be renowned throughout the industry in 30 years time.

Poor Dad is a man of science, who knew his third baby was 70 to 80 per cent likely to be genetically female, and enthusiastically campaigned for that baby to become part of his family.

I’ll just repeat that this is baby number three. What on earth would lead you to believe that we have the space for a cave of any description? 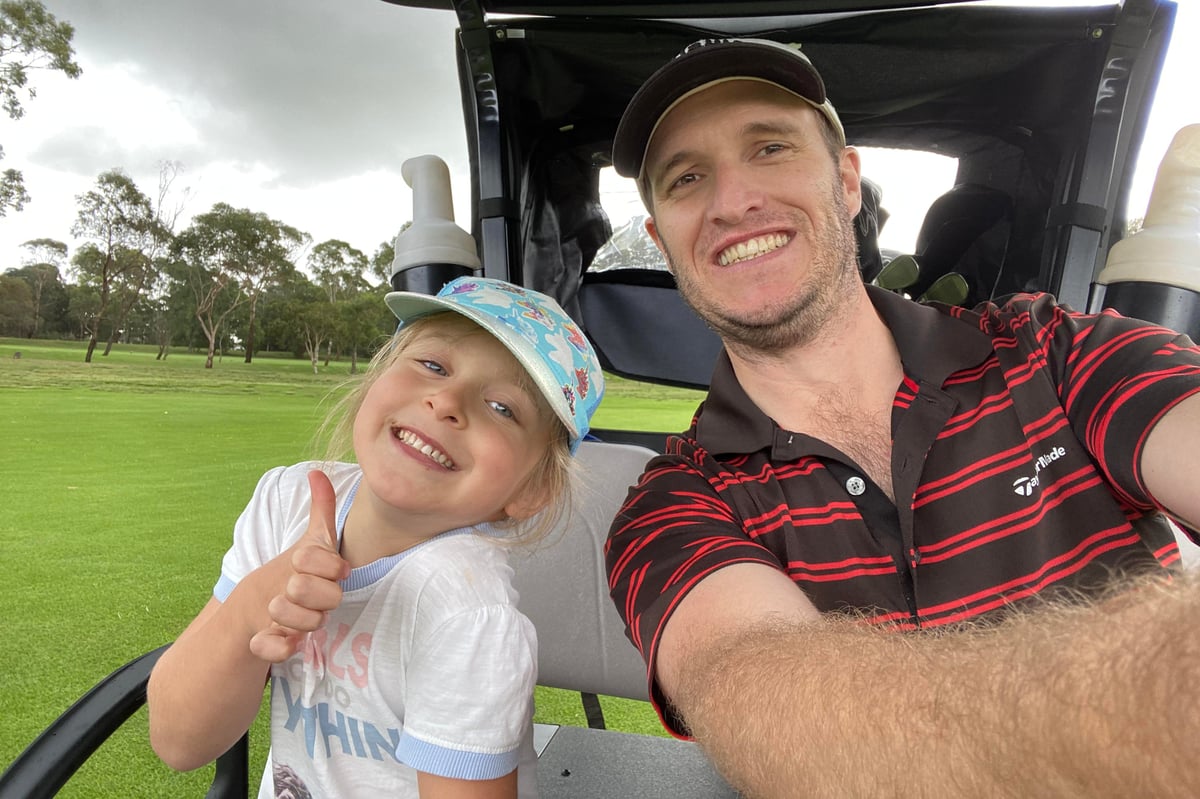 You’re right, it is. I used to be quite defensive about it, assuming it basically always referred to disappointment at the birth of daughters. Then a girlfriend found out she was expecting her second (and last) son, and she admitted she was crushed.

She wasn’t crushed that she wouldn’t be getting a little girl, more that she had imagined having a very specific relationship with an adult daughter... one marked by events like picking out a formal dress, being the first to be called when her grandchild won’t sleep, helping plan a wedding.

I acknowledge that perhaps my husband had visions of... I don’t know... teaching his son how to shave, passing on his home repair know-how, attending his son’s bucks weekend.

I get that with some exceptions (probably the shaving...) gender has been assigned to these ideas only because there isn’t a huge selection of father-daughter models that demonstrate and celebrate this relationship using similar markers.

But all those things that he might have imagined doing with his son one day... they really aren’t limited by sex.

Our eldest daughter LOVES golfing with him, gardening with him, and building elaborate things out of Kapla blocks. Our middle daughter LOVES sitting on a camping chair in the front yard with him, sippy cup in hand, posing mathematical theories. ('Does two and five make polar bear?') She loves being messy and watching his slapstick humour, and going a bit too fast.

Who knows what his third daughter will share with him? He certainly hasn’t had his relationship with his first two limited by their gender. And he chose to have a third child knowing he’d more than likely be having a third daughter.

Nope, there is not. We wanted three children and we are a few short weeks away from welcoming the third. We can confidently assure you that unless there is an enormous oopsie/modern miracle in our future, there will not be a number four. Again, not that it is anyone's business. 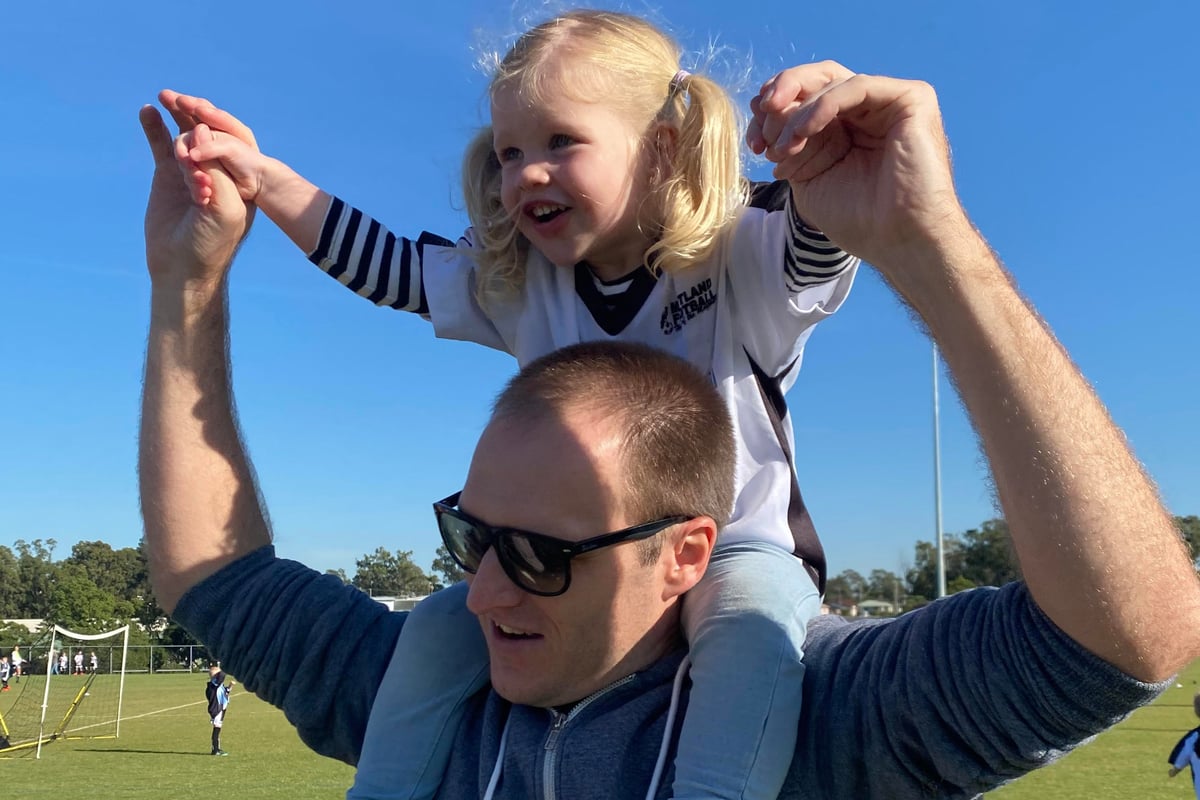 Has anyone making these comments ever lived with teenagers... particularly teenage girls? The very last thing most teenage girls want to be is their mother. Dads? They tend to fulfil the role of 'angst and anger target' far less often than mums. See also point two – he likes his kids.

You need to really think about what that means. You’re making a joke suggesting that suicide is the appropriate response to learning you’ll be a father of a girl. You need to think about why you think that is funny – there’s nothing clever about it, there’s no metaphor... not even a pun. It’s just plain misogynist bile.

You need to think about why if you do actually think these things, that you also think it appropriate to share those thoughts out loud in 2021, and then why you think they would be received well by a proud parent.

And most importantly, you need to think about what message you’re sending to the school-aged girl who heard you say them about her sister, and in effect, about her, by way of her gender.

Just, why? Really, really think about that.

Michelle is a teacher and writer from the Hunter Valley in NSW. She is the very lucky mother of two little girls, with a third due in June. She writes (rather predictably) about pregnancy and parenting. You can read more from Michelle here.

Reply
Upvote
I understand the idea of gender disappointment, to a certain degree. I got pregnant quickly after my second was born, then miscarried, and ultimately we decided to try again - there are five years (+ a week) between 2 and 3. My husband wanted to know the sex because he didn't want to be disappointed, hoping for a daughter. With three boys, I couldn't be happier, and looking back we both agree I wasn't meant to have girls. I believe these things are already decided for us.   As for the FIFO comment, anyone who has ever been in a FIFO relationship (especially last year) would know it's the stupidest comment you can make to someone. We've done FIFO for years now and it's only marginally better with older kids - they still need parenting and can be more difficult as teenagers.
Oh, and I love my boys to bits, I can only say we've done something right, as with one young adult and two twenty-somethings, they still talk to us.

Reply
Upvote
Thank you for sharing your thoughts about having three children of the same gender. I have three gorgeous sons and I love it! But I can’t tell you how often I hear the same boring comments... “Three boys? Poor you” or “Gee, you have your hands full!” Or something else negative about my boys. And yes, usually they are standing right there to hear it. I will never understand it because I am really proud of my sons and I love being their mum and I’ve never felt like I missed out on anything. I think it’s great that all families are different and we should celebrate each one. I’ve just had to accept that other people will sometimes try to push their feelings onto me with those types of uncalled for, unhelpful and unwelcome comments. But as a mum of three boys and the middle sister of 3 girls, I can honestly say CONGRATULATIONS!! It is a beautiful dynamic having three girls in the house! We had a ball growing up and playing all sorts of fun games together. And now as adults we are all good friends. Don’t listen to the “poor dad” comments. Enjoy the journey with all of them! And don’t let other people steal any of your joy with their thoughtless comments.
News
General
Opinion
True Crime
Politics
Sport
Explainer
Entertainment
Celebrity
Reality TV
Movies
TV
Books
Rogue
Royal
Lifestyle
Beauty
Fashion
Weddings
Home
Wellness
Health
Fitness
Travel
Food
Parents
Before The Bump
Pregnancy
Baby
Kids
Teens
School
Parent Opinion
Work & Money
Money
Finance
Career
Lady Startup
Relationships
Sex
Dating
Separation
Friendship
Family
Real Life
Couples