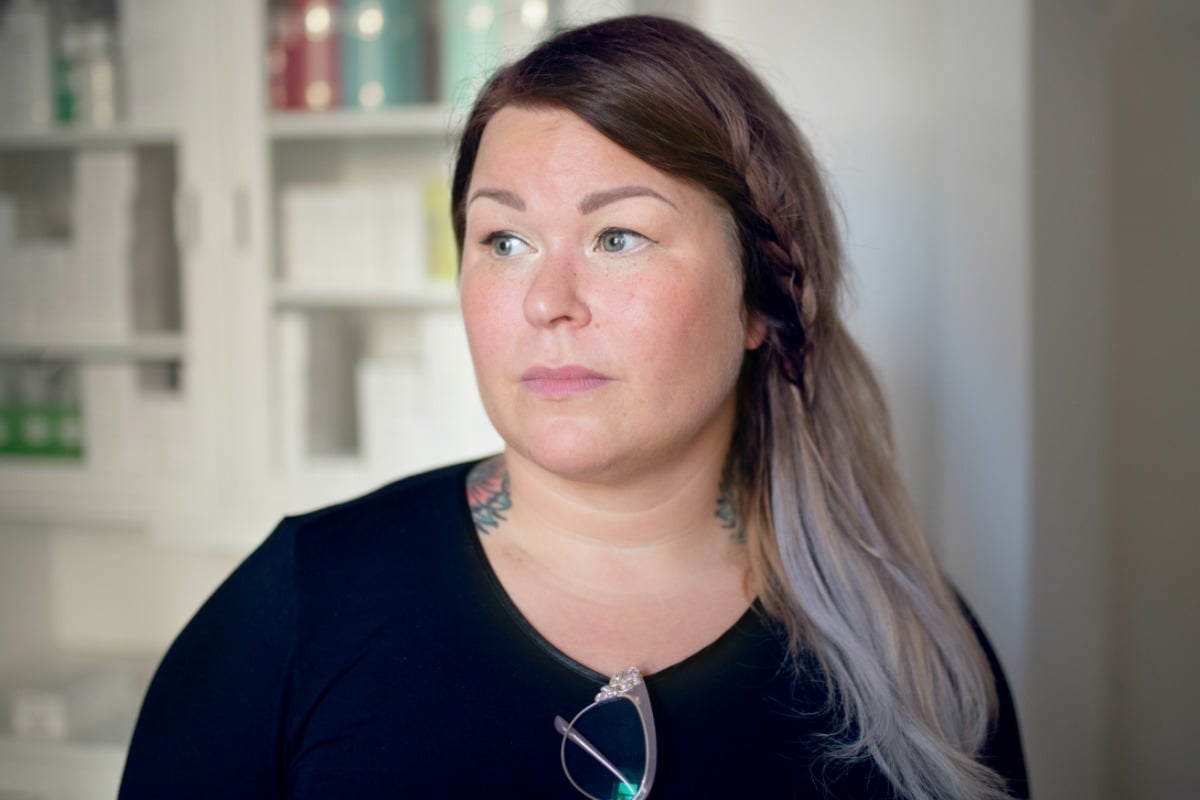 Why didn’t she leave?

We’ve all heard this question, directed at domestic violence victims, usually after they have been murdered by their current or ex-partner.

It sounds so simple, doesn’t it?

He emotionally abuses you? Just leave.

He physically abuses you? Why would you stay?

He’s sexually assaulted you? Get the hell out of there.

But all of this ignores so many different factors – leaving an abusive relationship can often take months, and sometimes years of planning, a lot of money, and when you do manage to leave, you may not be free.

“After a woman leaves a violent relationship she may be at increased risk of violence that is more severe, sometimes leading to serious injury or death. This is one of the reasons that for some women, 'just leaving' is not always the safest option. In fact immediately after a separation is the time of greatest risk of violence,” explained Nicole McMahon, General Manager of 1800RESPECT.

And it’s not just the immediate physical risk to women that is an issue.

Financial abuse is being discussed more as advocates and experts try to provide a broader awareness of the issues of domestic violence. And finances are a major reason why women may end up staying.

To move is expensive – needing to find bond, rent, new furniture, and food? Needing to do all this covertly so your abuser doesn’t know what you’re doing? It takes time and money, and many women who are being abused simply don’t have access to the money needed to leave.

For some, it’s using the courts to financially burden their victims. By refusing mediation and forcing court appearances, women are being forced to pay more to lawyers, which is something Jane* knows too well.

“My ex-husband is familiar with the law and the court systems. He was able to have friends who are lawyers help him for cheap, whilst I was forced to pay for expensive legal fees – usually for issues that could have been solved in mediation.”

For Jane, it also included her ex-husband refusing to pay money on their joint mortgage, and this not being factored in during the property settlement, essentially reducing the amount she could have received to help post-divorce. Then there’s the smaller microaggressions which can seem inconsequential to strangers looking in – “forgetting to return the kids' school clothes and lunchboxes, meaning I always have to buy extras of everything,” Jane explains.

For some other women, it has included their ex-husbands manipulating the child support system. Hiding income, working for cash in hand, or otherwise being able to reduce income, meaning their child support payments are lower than they should be.

For Stephanie* it’s frustrating. “The money he’s avoiding paying in child support – which could help with schooling and food for his kids – he ends up buying them gifts with.”

Jane has also experienced this, with her ex not paying any fees for school or medical expenses, but then providing the children with extras – “once it was a new spa!”

It can be incredibly hard for these women to explain to often young children what is happening, and the manipulation at play. And with some mothers trying to ensure a continuity of life for their children, they may end up taking on debt to pay for the activities their children are doing, when their ex starts to refuse to assist.

Another form of often overlooked abuse is that of cyber stalking, and the use of technology to track a current or ex-partner. It’s incredibly cheap, and often easy, to install spyware on someone’s mobile or laptop, and with that, you can be able to give the illusion that you always know where they are.

For Isabella*, she never knew if her ex was really watching, or if he was using her devices. “One night,” she recounts, “I just got in the door. It was later than usual… I didn’t usually go out in the early days after I left him, I was too frightened. But this night I’d gone out, and I just walked in the door when he called me. He said he knew I was at home, and wanted to know if I wanted to catch up.”

This is something Sam* experienced. “He’d rock up to my work place with a coffee and a croissant, just because he knew I liked them,” she said. He’d “check she got home safely”, after she finished a late shift at work that he shouldn’t have known she was working. It was enough for her to know he was always watching.

Isabella felt like she was going crazy. “He would call and tell me I was the abusive one, that his family was ashamed of me, that I was crazy.” she said. “I’d hang up and text him to never contact me again. I thought I was doing the right thing by putting everything in writing, but he used those messages to tell everyone that I was the abusive one. To them it probably looked that way, and I started wondering if he was right – what if I was the crazy one?”

“Everyone else would tell me he loved me, and he was still calling me to prove that – why wouldn’t I give him another chance? And the cops couldn’t help, because he wasn’t actually threatening me, so they didn’t think they could help with an AVO.”

To those on the outside looking in, it can hard to grasp how difficult it is for these women – how they haven’t just “gotten over it”, especially when it seems like their ex-partner is “a good guy”, who “really loved them.”  It’s precisely this lack of understanding of the ongoing nature of domestic violence which needs to be addressed.

Listen: What does financial abuse look like? How do you know if it's happening to you? Post continues below.

And domestic violence is far more widespread than most of us realise. Almost 25 per cent of women have reported experiencing violence by a partner since the age of 15.

As part of their attempt to control their victims, abusers have been known to threaten harm – not just to the women, but to themselves as a way to force their victims to return or stay.

“Our counsellors talk to women who say that their violent partners try to scare them into staying or returning to a relationship with tactics like cutting off financial support, harming pets or threatening to harm themselves.” Ms McMahon advised.

As our awareness of domestic violence grows, we need to stop pretending it’s over just because the women have left - for so many, it’s the beginning of another battle.

“The emotional abuse, the covert nature of what he was doing made it so hard for people to understand, and because they didn’t understand, they couldn’t support me,” Isabella said.

“I still feel like I’ll never really be free, he’s just going to keep popping up everywhere, and this is just what I have to learn to live with. He called me a few months ago. Out of the blue. Just to “chat”… I blocked his number, but he always finds a way, so I just have to be prepared for when he does.”

For Jane, long after her divorce and her property settlements, she still experiences abuse by her ex. “Until the systems [the courts and services] smarten up and understand what these men are doing,” she said, “it won’t stop.”

*All the women’s names have been changed, and they have all given permission for their stories to be used for this article.

Reply
Upvote
Thank you Katherine for your article. Everything you wrote about has happened to me & more.
What your next follow-on article needs to talk about is Parental Alienation when leaving an emotional abuser.
Once you have left and property settlement has occurred that’s when they work on your children and begin on a path to destroy your relationship with one or more of your children based on their truth talking, brainwashing, gaslighting,  all driven  by a hatred of you for leaving them and not for the love of their child/ren.
This is a form of Domestic Violence but worse still this is Child Abuse and in my experience Courts do not recognise this enough.
I am now watching the destruction of the relationship between my 16 and his younger brother (13) & sister (10) which was once my greatest achievement.
I once enjoyed and revelled in the joy that I had three children who adored each and played like bear cubs, to now consoling my 13 & 10 year old at what they to have also
Lost as their brother has taken on their fathers controlling and narcissistic persona-(I will admit for self preservation)
Parental Alienation is destroying families further after separation or divorce as a result of. DV.  This conversation needs to go further.
Resources
Very Peri
News
General
Opinion
True Crime
Politics
Sport
Explainer
Entertainment
Celebrity
Reality TV
Movies
TV
Books
Rogue
Royal
Lifestyle
Beauty
Fashion
Weddings
Home
Wellness
Health
Fitness
Travel
Food
Family
Before The Bump
Pregnancy
Baby
Kids
Teens
School
Parent Opinion
Work & Money
Money
Finance
Career
Lady Startup