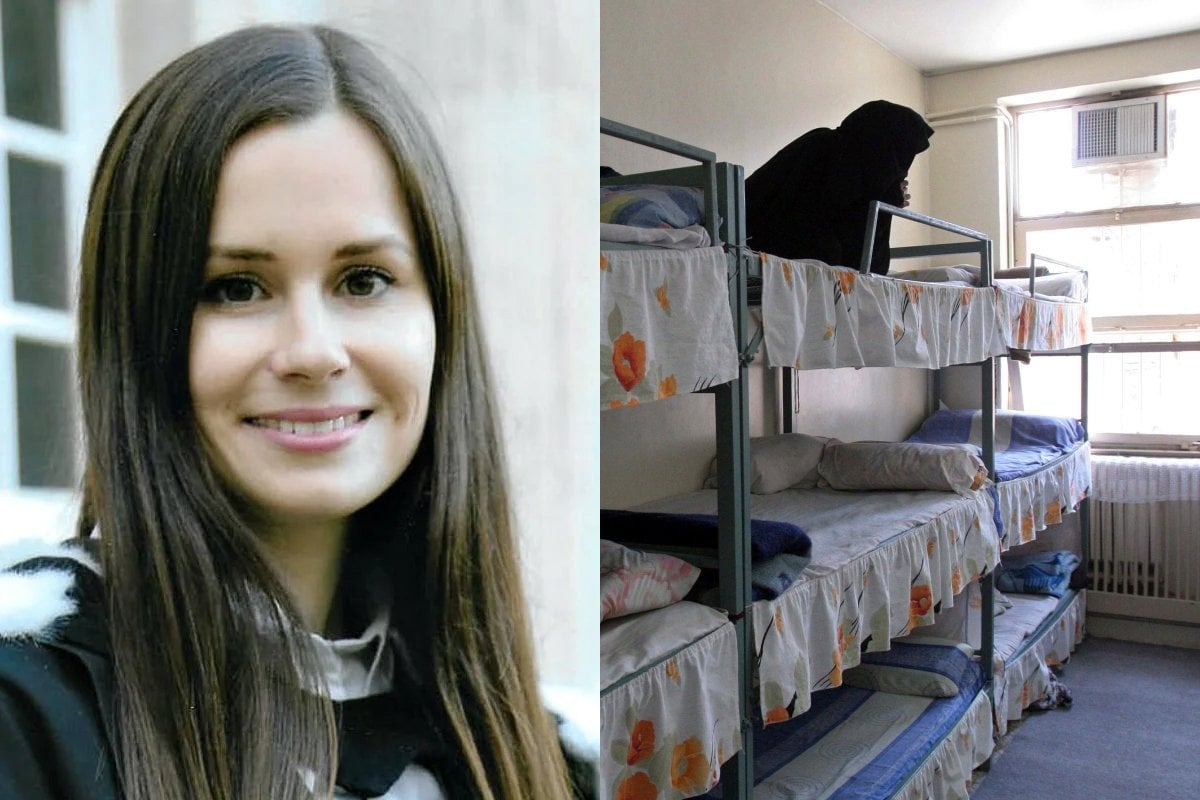 For most of the 804 days she spent imprisoned, British-Australian academic Dr Kylie Moore-Gilbert woke up in Iran's notorious Evin Prison.

The 33-year-old Melbourne University academic was released this week after 26 months detained and will soon be reunited with her family in Australia.

Moore-Gilbert was a lecturer on Middle Eastern studies at the University of Melbourne's Asia Institute when she was arrested at a Tehran airport while trying to leave the country after a conference in 2018.

Read more: "I am not a spy": Australian Kylie Moore-Gilbert is trapped in Iran's most notorious prison.

She was sent to Evin prison, convicted of spying and sentenced to 10 years behind bars. No evidence of Moore-Gilbert’s alleged crimes has ever been publicly presented, and she vehemently denied the charges and maintained her innocence.

From her arrest to July 28, 2020, Moore-Gilbert was held in Evin Prison. In recent months, she was transferred to the remote Qarchak Prison, east of Tehran, as fears escalated over the spread of the coronavirus in the country's notoriously crowded prisons, but she was reportedly transferred back to Evin on October 29. 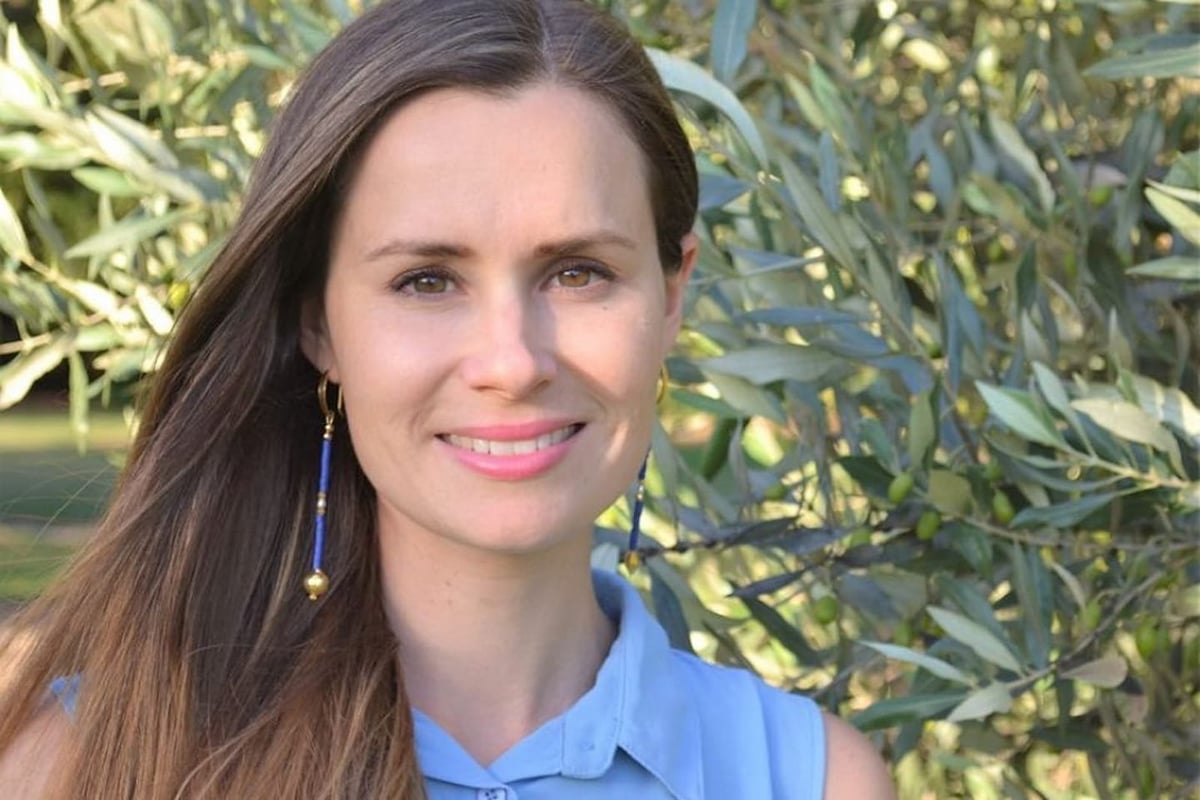 Evin has been accused of committing serious human rights abuses. The prison has issues with sanitation, hygiene and overcrowding, described by Fox News as 'Hell on earth'.

Her return to Australia has come as a great relief to her family, friends, colleagues and the Australian government - but there's no doubt the adjustment to life outside of an overcrowded, dangerous prison will be tough for Moore-Gilbert.

This is what we know about her experience in prison.

Evin Prison is home to an estimated 15,000 prisoners, with separate blocks for men and women. It was initially designed to house just 320 inmates, but has been expanded multiple times.

Inmates include killers, thieves and rapists but also religious leaders, journalists, academics and dissidents. It's been nicknamed Evin University, due to the number of intellectuals imprisoned.

A 2017 Fox News investigation into the prison painted a grim reality. Former prisoner Marina Nemat said after being brutally interrogated, which included being lashed across the feet and beatings if you spoke out of turn, she spent six months in solitary confinement.

Her cell had a toilet, a sink and no bed.

"The cells were just large enough to lie down," Nemet said.

"When you lay down at night if you stretched out your arms, you could touch the walls. Every day felt like 3000 years."

After transferring to be within the general population, Nemet shared a cell designed for six people with 60 others. 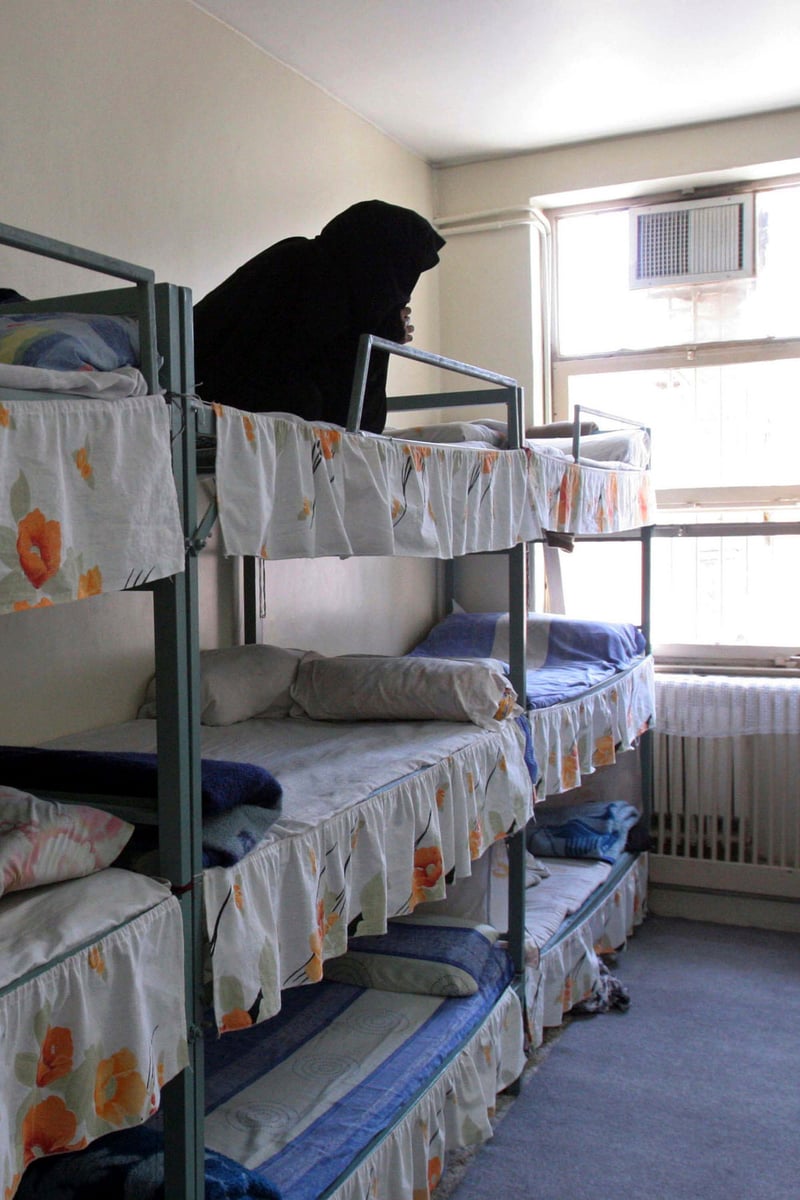 The son of Mohammad Hossein Rafiee, a retired University of Tehran professor who was detained in Evin in 2015, told The Guardian his father said there were just five toilets and showers for more than 200 prisoners and warm water is not a guarantee.

A 2018 report by Al Arabiya English described Evin as "a torture factory".

"With Evin being a prison that is extremely overcrowded, hygiene is poor and in Iran's sweltering hot summers, the heat can reach up to 45 degrees Celsius. There is no form of air conditioning, and the air within cells becomes rank with sweat and human waste. Water quality is bad and food comes in meagre portions and is barely edible. Medical facilities are virtually non-existent," columnist Tony Duheaume wrote.

Evin's prison guards have also been accused of torturing and killing people in custody. In 2003, a Canadian Iranian journalist, Zahra Kazemi, died of "brain haemorrhage resulting from beatings" after being detained for taking pictures of the prison.

There are also reports of inmates being electrocuted and raped.

During the COVID-19 pandemic, at least eight political prisoners contracted the coronavirus in Evin, aided by overcrowding and a lack of hygiene.

According to leaked testimonials and reporting from on-site sources, overcrowding is rampant.

Access to medical care is limited and often denied. Infected patients mingle with the non-infected.

Moore-Gilbert wrote a series of letters to the prime minister from prison, saying she had been locked up "to extort" the Australian government.

"It's outrageous, very clearly, that the Iranian government has used this situation, effectively as a hostage situation," he told reporters in Sydney

International pressure had been building on Iran to release Dr Moore-Gilbert.

She has gone on repeated hunger strikes and her health had deteriorated during long stretches in solitary confinement. She was offered freedom in exchange for becoming an Iranian spy, but declined, according to the BBC.

In July, Moore-Gilbert was transferred to Gharchak Women's Prison - another notorious prison. Gharchak is listed in the United States Countering America's Adversaries Through Sanctions Act, which imposes sanctions on Iran, North Korea and Russia, on the basis of extrajudicial killings, torture and other violations of human rights.

Gharchak's conditions include undrinkable, salty water and an overflowing sewage system, according to a Abdorrahman Boroumand Centre for Human Rights in Iran report.

According to Reza Khandan, the husband of jailed human rights lawyer Nasrin Sotoudeh, who briefly shared a cell with Moore-Gilbert, she said she felt hopeless, isolated, and unable to eat.

In a phone call, heard and verified by The Guardian, Moore-Gilbert said in Persian she was depressed and without a phone card, meaning she had not been able to contact her parents for a month.

Thailand says it has transferred three Iranians involved in a botched 2012 bomb plot back to Tehran as Iran released Moore-Gilbert.

While Thai officials declined to call it a swap and Iran referred to the men as "economic activists," the arrangement freed Moore-Gilbert and resulted in the three men linked to a wider bomb plot targeting Israeli diplomats returning home to a hero's welcome.

The bombers wore Iranian flags draped over their shoulders, their faces largely obscured by black baseball caps and surgical masks.

It was a sharp contrast to other prisoner exchanges Iran has trumpeted in the past, in which television anchors repeatedly said their names and broadcasters aired images of them reuniting with their families.

The reason for Iran's refusal to name those freed remains unclear.

However, officials in Tehran have long denied being behind the bomb plot and likely hope to leverage the incoming administration of US president-elect Joe Biden to ease US sanctions imposed by President Donald Trump.

The plane that carried the men from Bangkok to Iran had a tail number linking it to an Australian private air carrier called Skytraders, which describes itself as a "principal provider of air services to government".

An employee at the company declined to comment when reached by the Associated Press.

The plane had flown twice this week from Bangkok to Tehran and then on to Doha in Qatar, flight data obtained by the AP showed.

Authorities declined to say where Moore-Gilbert was on Thursday, though she thanked Australia's government and diplomats in a statement for securing her release, as well as supporters who campaigned for her freedom.

According to The Sydney Morning Herald and The Age, Moore-Gilbert's release was the result of months of at-times delicate discussions with Thailand to engineer the swap, as Iran had explicitly requested the release of the three men in Thai prisons.

Despite her ordeal, Moore-Gilbert said she had "nothing but respect, love and admiration for the great nation of Iran and its warm-hearted, generous and brave people".

Moore-Gilbert's family thanked those who worked tirelessly behind the scenes to secure her freedom.

"We are relieved and ecstatic with the release of Kylie after over 800 days of incredible hardship. We cannot convey the overwhelming happiness that each of us feel at this incredible news," they said.

"We also thank the public for their interest and concern but ask that Kylie and us, her family, are given the space needed to re-adjust and re-acclimatise after such a traumatic experience."

Friends and colleagues of Moore-Gilbert are over the moon.

"An innocent woman is finally free. Today is a very bright day in Australia indeed," they said in a statement.

Extremely pleased & relieved that Dr Kylie Moore-Gilbert has been released from detention in Iran & will soon be reunited with her family.

"I am extremely pleased and relieved to advise that Kylie Moore-Gilbert has been released from detention in Iran and will soon be reunited with her family," Senator Payne said.

"The Australian government has consistently rejected the grounds on which the Iranian government arrested, detained and convicted Dr Moore-Gilbert. We continue to do so."

Asked about the swap, Australian Prime Minister Scott Morrison said he "wouldn't go into those details, confirm them one way or the other".

However, he said he could assure Australians there had been nothing done to prejudice their safety, and no prisoners were released in Australia.

Reply
Upvote
2 upvotes
I am glad Kylie Gilbert Moore will be returned home safely, and hopefully, the three terrorists returned to Iran won't resume their previous activities.   Iran is a rogue state and it would be disgraceful if Biden reinstates Obama's policy.
L
laura__palmer a year ago

Reply
Upvote
2 upvotes
@guest2 It looks like things between the USA and Iran are about to escalate (which is why this "historic" deal that Trump helped negotiate in the Middle East isn't good, contrary to other views that have been expressed here), with rumours circulating that Donald Trump is trying to heat things up before he leaves, which means that Biden will have new circumstance in which to work in. As usual, the USA (no matter what administration is in) is meddling and making things more unstable in the Middle East.
E
eric berche a year ago

Reply
Upvote
1 upvotes
@guest2 I agree with you, I really hope that Joe Biden does not reinstate Obama's policy. Also, it was worth releasing the three little pigs for the sake of Dr Kylie Moore-Gilbert. Kylie's plight hurt me and angered me very much, I am still furious. Kylie, an innocent woman, suffered some really awful abuse (including savage beatings which could have killed her). It is a miracle that Kylie got out in one piece. I have prayed so much for Kylie, and my prayers were answered.
News
General
Opinion
True Crime
Politics
Sport
Explainer
Entertainment
Celebrity
Reality TV
Movies
TV
Books
Rogue
Royal
Lifestyle
Beauty
Fashion
Weddings
Home
Wellness
Health
Fitness
Travel
Food
Parents
Before The Bump
Pregnancy
Baby
Kids
Teens
School
Parent Opinion
Work & Money
Money
Finance
Career
Lady Startup
Relationships
Sex
Dating
Separation
Friendship
Family
Real Life
Couples