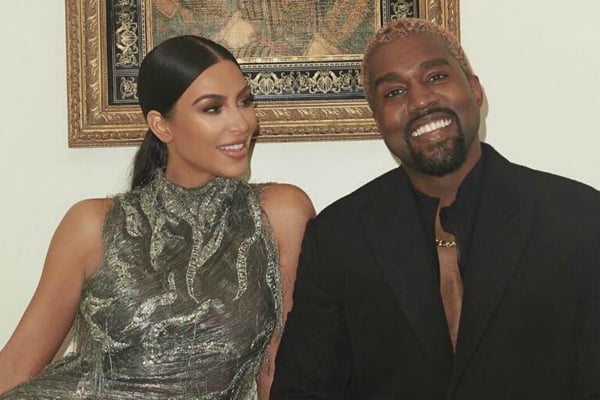 Guessing the names of new baby Kardashians has become a game we engage in almost biannually.

There seem to be… a lot of them popping out these days.

Watch the Keeping up with the Kardashians season 16 trailer below. Post continues after.

And with Kim Kardashian and Kanye West’s fourth child by surrogate due in May, speculation surrounding what they’re going to name him is building.

They of course have son Saint, 3, and daughters North, 5, and Chicago, 1, already, so many have deduced it will probably be something in the same… realm. (As in something that could double as the name of a perfume).

But thanks to Kardashian matriarch Kris Jenner, we’ve just learnt the little boy will be named following a very simple rule.

“They want one syllable,” she told Kyle and Jackie O this morning.

The Kardashians are obviously all about baby name rules, with Kris famously opting to name every one of her daughters starting with a “K”

And while speaking on KIIS FM today, Kris seemed to suggest Kim and Kanye are taking their new rule quite seriously.

While Kyle helpfully suggested Jermajesty, Kris was quick to shut it down, pointing out that it had been taken by the Jackson family (Jermajesty Jackson is the son of Jermaine Jackson).

Apparently, they were even tossing up “Rob” as a potential name, after Kim’s brother and late father, but decided against it.

And we think we know what they’ll choose instead.

Doesn’t that have a nice ring to it?