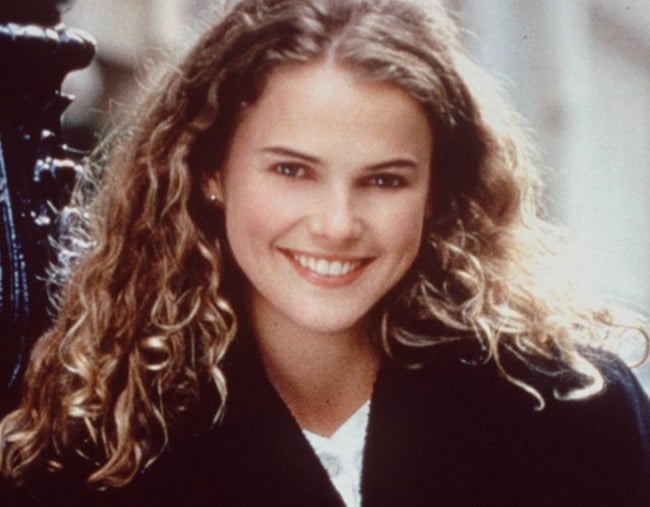 It turns out a haircut can do some serious damage.

In the late 90s, everyone was obsessed with the TV show Felicity.

Starring Keri Russell as the title character, the drama followed the lives of a bunch of college kids, as they tackled changing majors, paying for tuition, and falling in and out of love.

The show, however, was best known for Felicity’s head of big, bouncy curls.

Then, in 1999, during season two of the series, Russell chopped off her iconic curls.

It was a move that proved to be fatal for the show.

Some (slightly too obsessed) fans never forgave her and ratings for the show began to plummet.

While Felicity’s hair eventually grew back, the show was canned in 2002.

It sounds ridiculous, sure, but now, 19 years on, Russell herself says the haircut is to blame for the show’s demise.

The actress, now 42, explained during a Felicity reunion panel at the ATX Television Festival that the whole thing started as a joke... involving a kid's wig.

“We put it on me at like two in the morning as a joke… and we took a polaroid and over the summer we thought it’d be really funny to send to J.J. (Abrams) and Matt (Reeves) and say, ‘I cut my hair — hope you like it.’ Totally as a joke,” Russell explained.

But then she got a call from Abrams, who was the series co-creator, asking whether she would really cut her hair.

They then filmed the hair cutting scene at 4.00am in the morning and actually cut some of her real hair.

Looking back, the seasoned actor says she stands by the move, even if it didn't work out the way she had imagined.

“I thought that was such a good storyline,” she said.

“Felicity was never a fashion plate anyway… I was wearing baggy clothes, and I didn’t know everyone cared about the way I looked.”

Russell has even joked the haircut has haunted her throughout her career.

“Your life is going to be so exciting, but whatever you do, don’t cut your hair short during the second season of Felicity,” she told Late Night With Seth Meyers.

“No, I’m serious. People will freak the hell out. You’ll get hate mail. You’ll even get death threats. But, gradually, your hair will grow back and your fans will forgive you, but you will never — and I repeat never — forgive your fans.”

Naaaah - it wasn't just because of the haircut. The plot went south - there was only so much weird stalking and boy obsession storylines they could pull out of Felicity before it got stale.

I believe they also moved it to a new timeslot which didn't help.