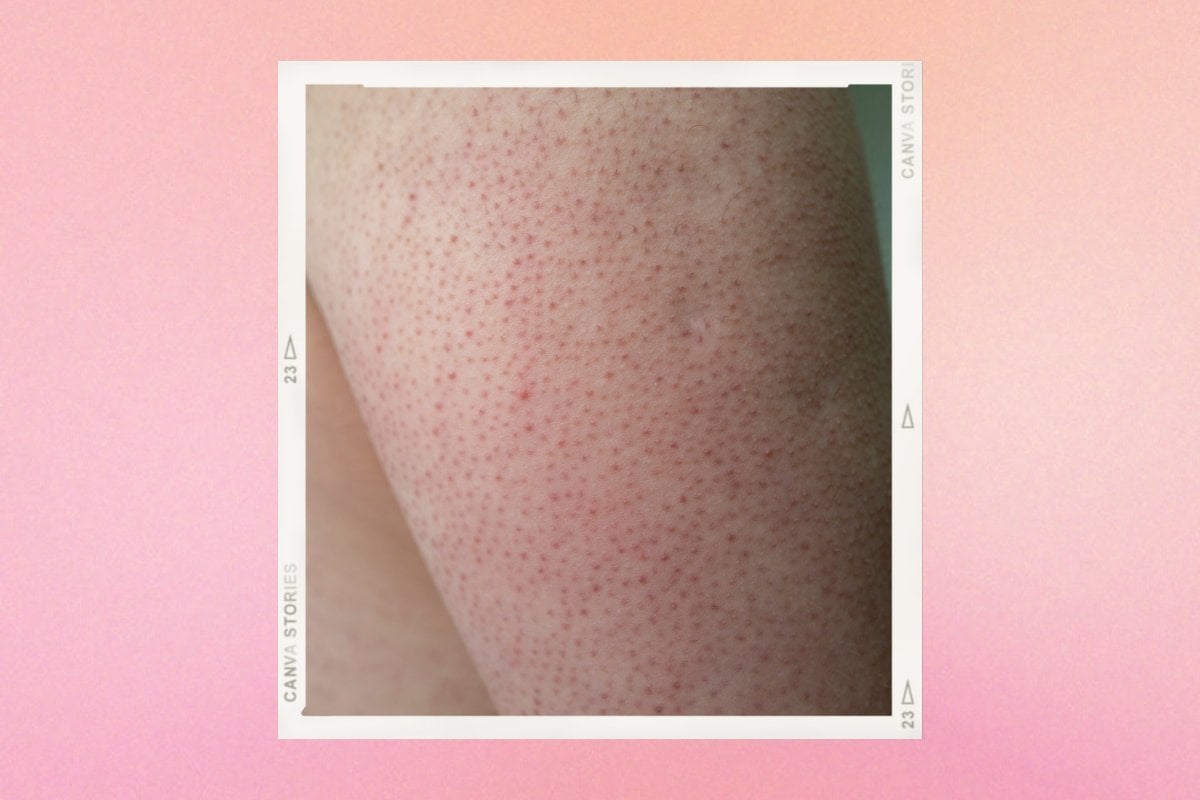 It affects approximately 40 per cent of adults and 50 per cent of children worldwide, and it's something I've had for years.

As someone who's gluten intolerant but not super strict about it (love a cheeseburger), I assumed that whenever I ate something with gluten in it, the flare-up of bumps on the back of my arms was directly correlated.

But guess what? It isn't.

In a recent episode of Mamamia's daily beauty podcast, You Beauty, dermatologist and co-founder of Sydney Skin, Dr Li-Chuen Wong, answered every question about keratosis pilaris, and I took notes for us.

Including what it is, what *actually* causes it, and how to properly treat it, here are all your keratosis pilaris-related questions, answered.

What is keratosis pilaris?

Before we get into the nitty-gritty, let's start with the basics: what actually is KP?

"It's a genetic plugging of the hair follicle with dead skin," Dr Wong said.

So, the roughness you see on your arms, legs, or face is a built-up of keratin - a protein that has dug into your hair follicle causing the chicken skin-like appearance.

The good news is, KP is pretty harmless.

"It [can be] really distressing if it's widespread, but it is completely harmless and it's definitely not contagious," Dr Wong said.

Most commonly, keratosis pilaris appears on the upper arms. But it can also be found on both sides of the face, the fronts of the thigh, and on your behind.

How do you diagnose keratosis pilaris?

As I touched on earlier, keratosis pilaris is super common. So, most people are able to self-diagnose the condition after noticing friends or family members have it too.

Otherwise, Dr Wong suggests you see a GP, who can confirm it for you. Or if it's widespread and you're concerned there's a possibility of other diagnoses, see a dermatologist.

Listen to whole You Beauty episode on keratosis pilaris here. Post continues below.

Now the question we've all been dying to have answered: if food intolerances don't cause KP, what does?

"That is definitely the main reason why you get keratosis pilaris," she said. "But then it's exacerbated in winter, in lower humidity, and if there's friction with rough clothing."

While anyone can get it, it's quite common in children.

"It's seen in all sexes and all ethnicities. [But] it seems to be slightly more common in Celtic backgrounds," Dr Wong said. "[And] we really do see it after infancy and in adolescents."

"We think that in adolescents there's that second surge of presentation because of hormonal changes. So, when you're pregnant it can also flare."

And the assumption that it's food-related, that's a complete myth.

"There is no scientific or causal link. and there's no evidence," Dr Wong said.

How to treat keratosis pilaris.

The worst part about KP is that there's sadly no cure. This means it's important to find a treatment regime you'll stick to, so you can keep the bumps at bay.

There are two steps Dr Wong insists on: moisturising and exfoliating.

"I always suggest moisturising straight after the shower when your skin is damp," Dr Wong said.

"[Because after] you pat dry and you still have moisture on your skin, that increases the ability of moisturisers to penetrate the skin."

Dr Wong suggests choosing a moisturiser that contains ceramides, glycerin or humectants, such as urea-based products.

Here are some moisturiser suggestions: 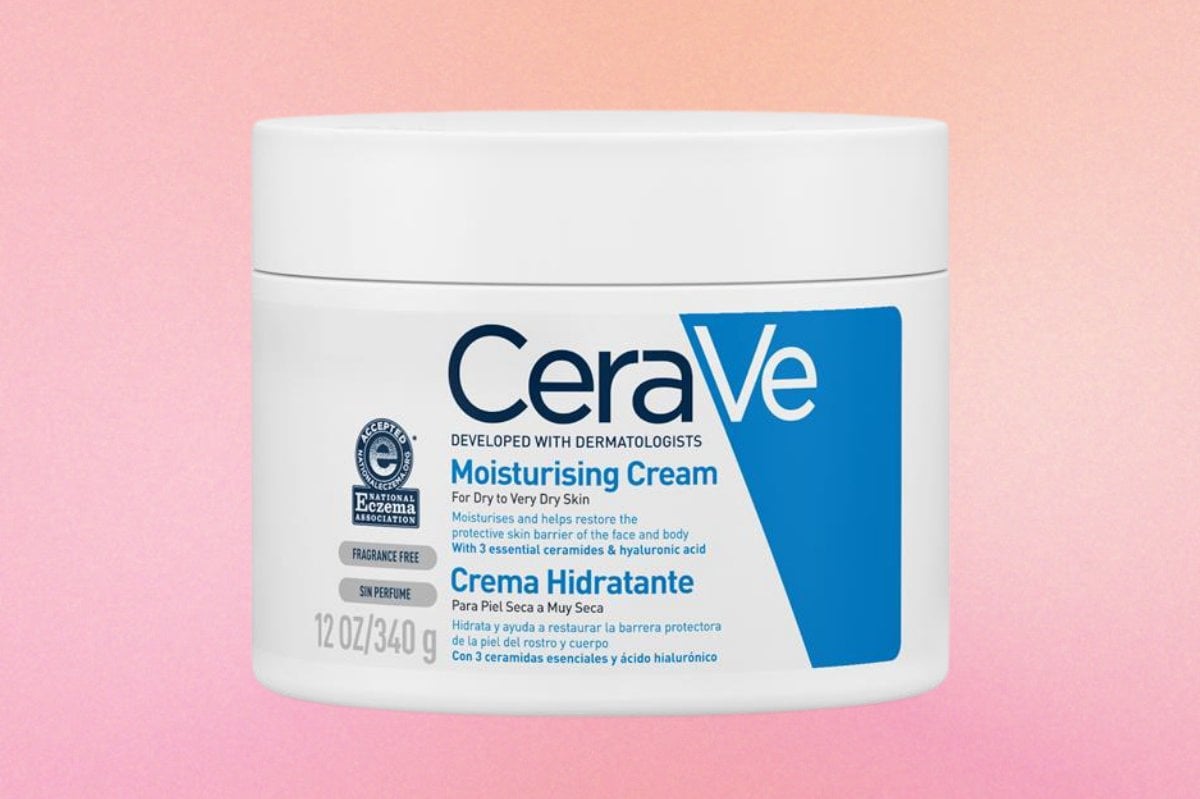 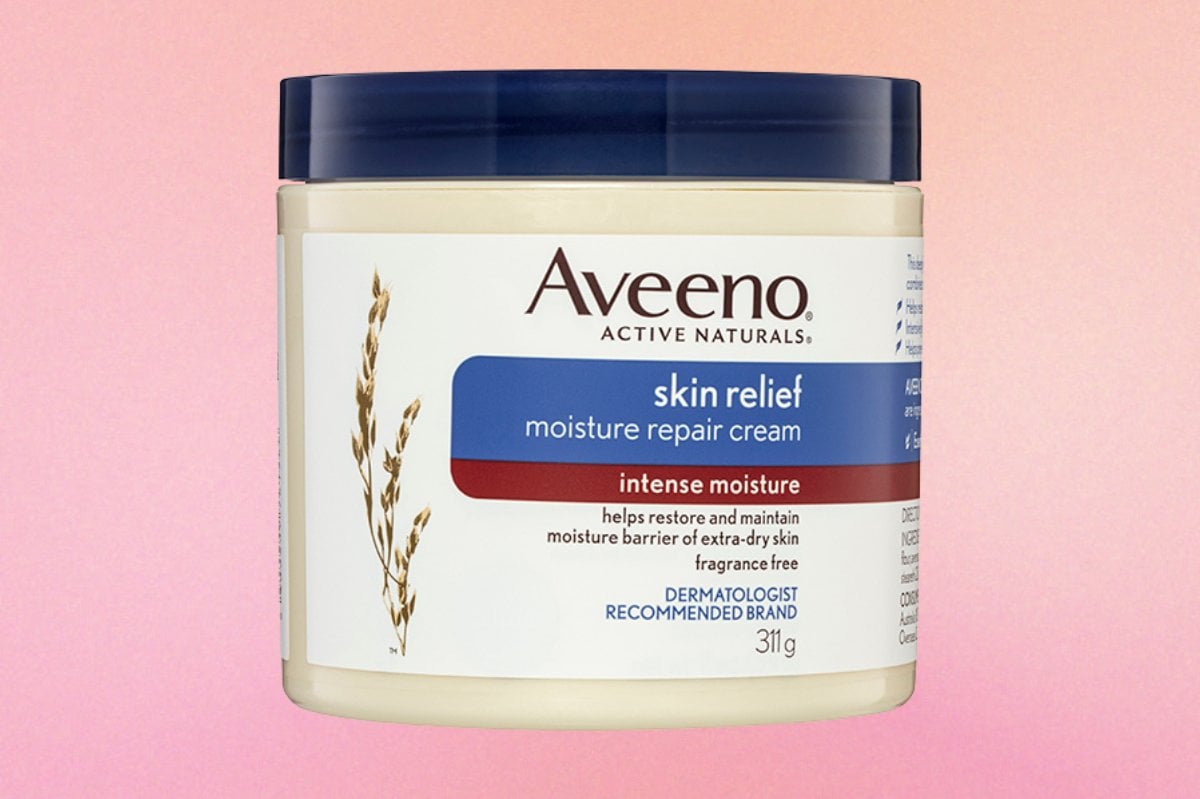 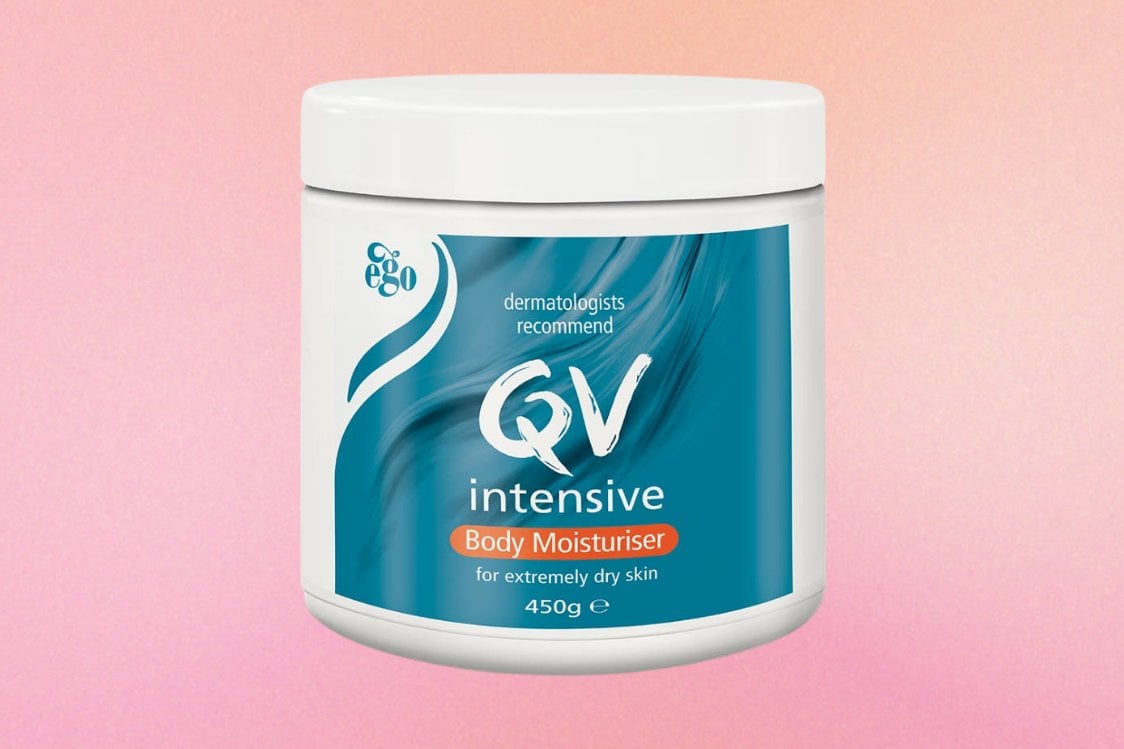 Make sure you apply the cream every day after a shower, or preferably twice a day in winter, Dr Wong recommends.

The next step in your KP routine is an exfoliant - whether that's a chemical or physical one.

Dr Wong suggests alpha-hydroxy acids, salicylic acid - which is a beta-hydroxy acid, and possibly retinol (topical vitamin A) because they all help take that top layer of skin away.

Vitamin A will also increase cell turnover so the keratin plugs can't settle so deeply into the hair follicle.

So, a lotion or treatment with these ingredients in it, a chemical exfoliant wash in the shower, or a physical exfoliant like a hand loofah mitt or dry brush would do the trick.

Here are some exfoliant suggestions: 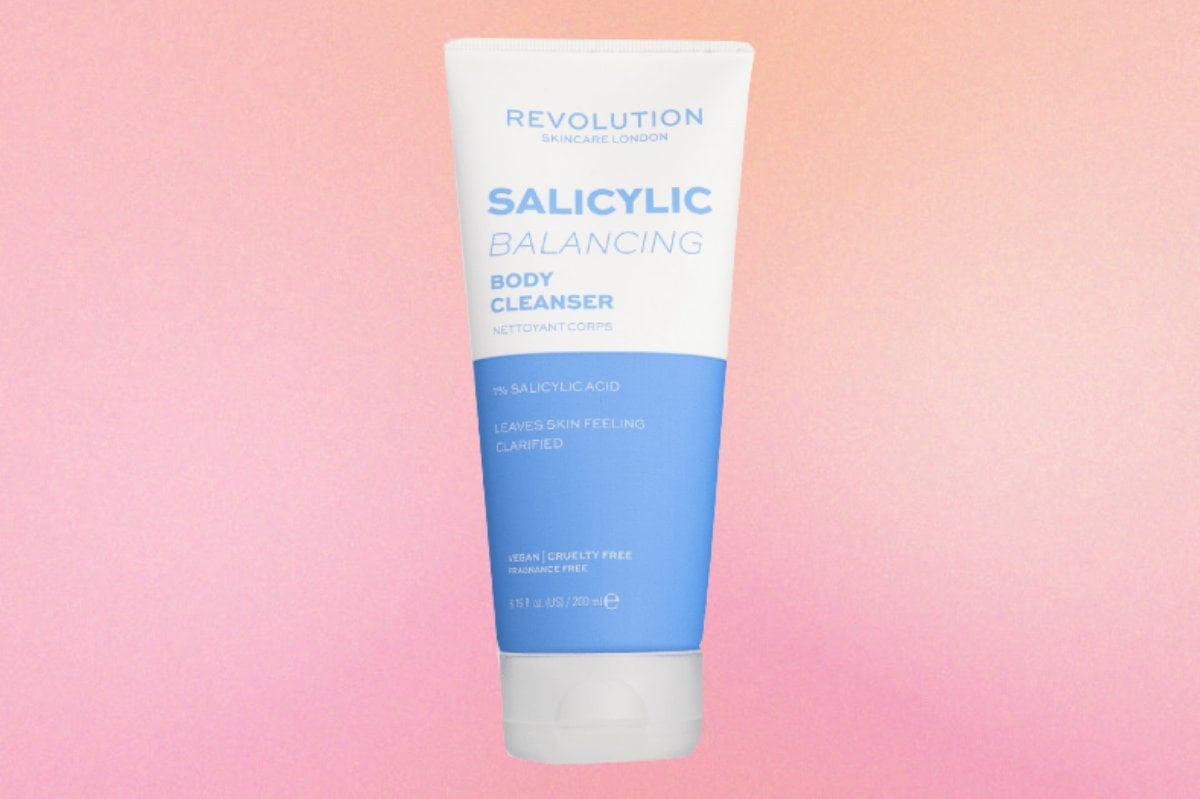 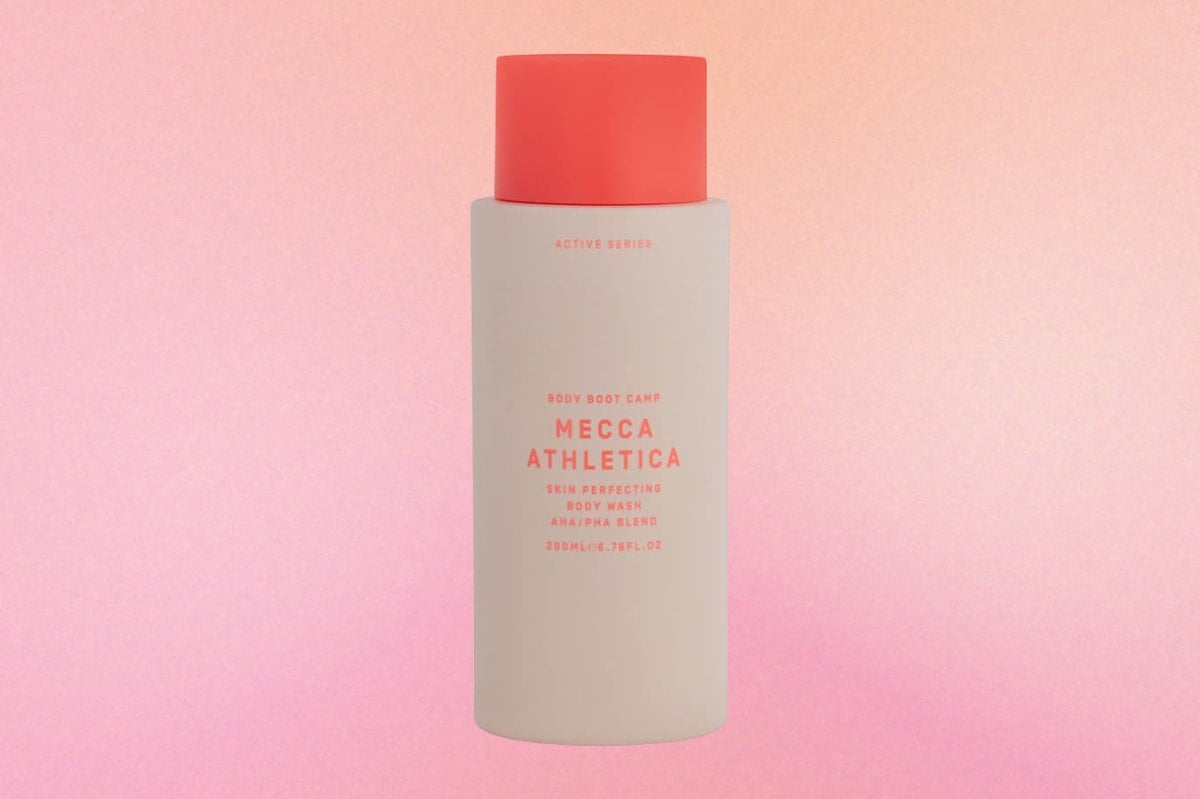 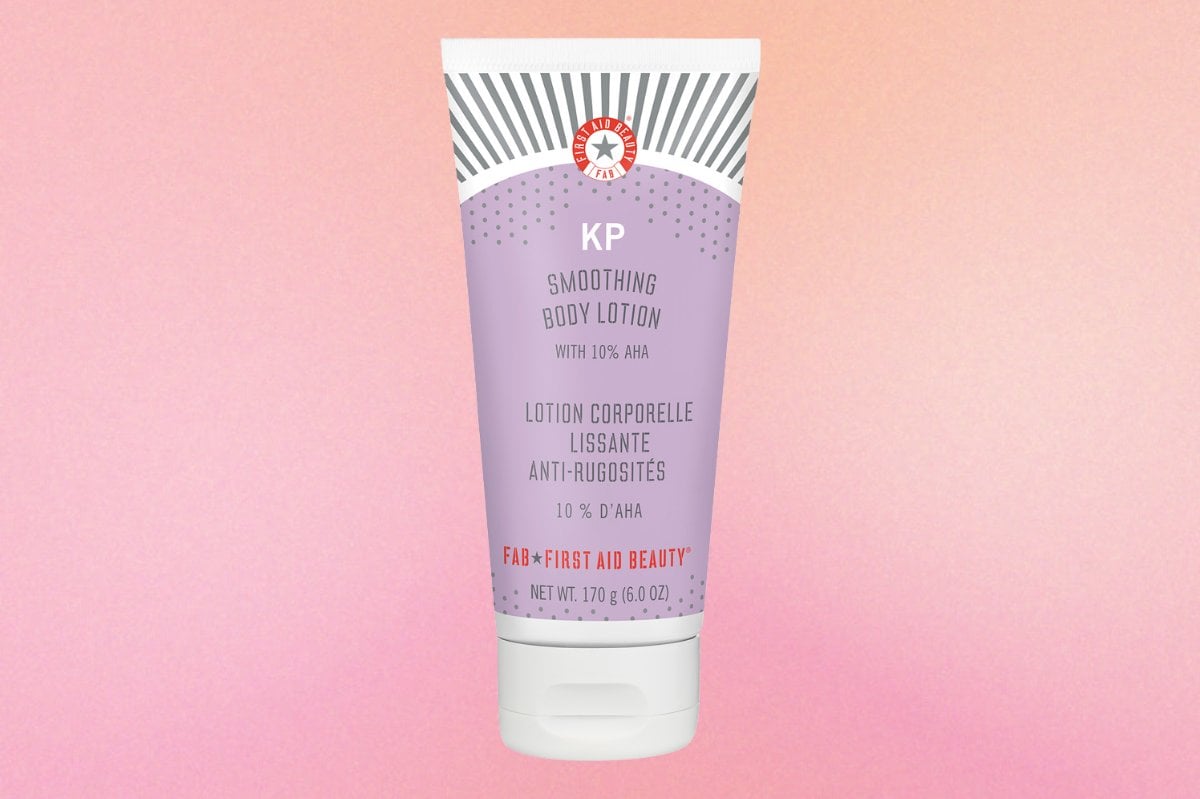 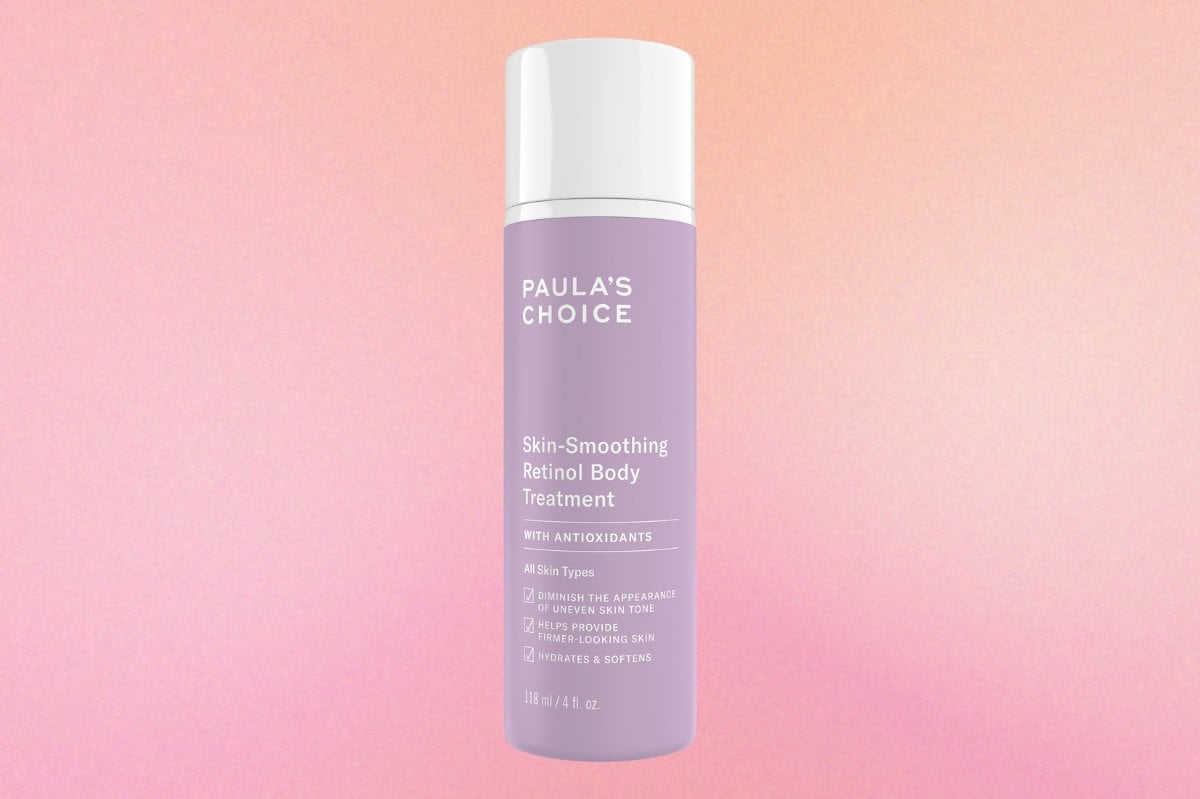 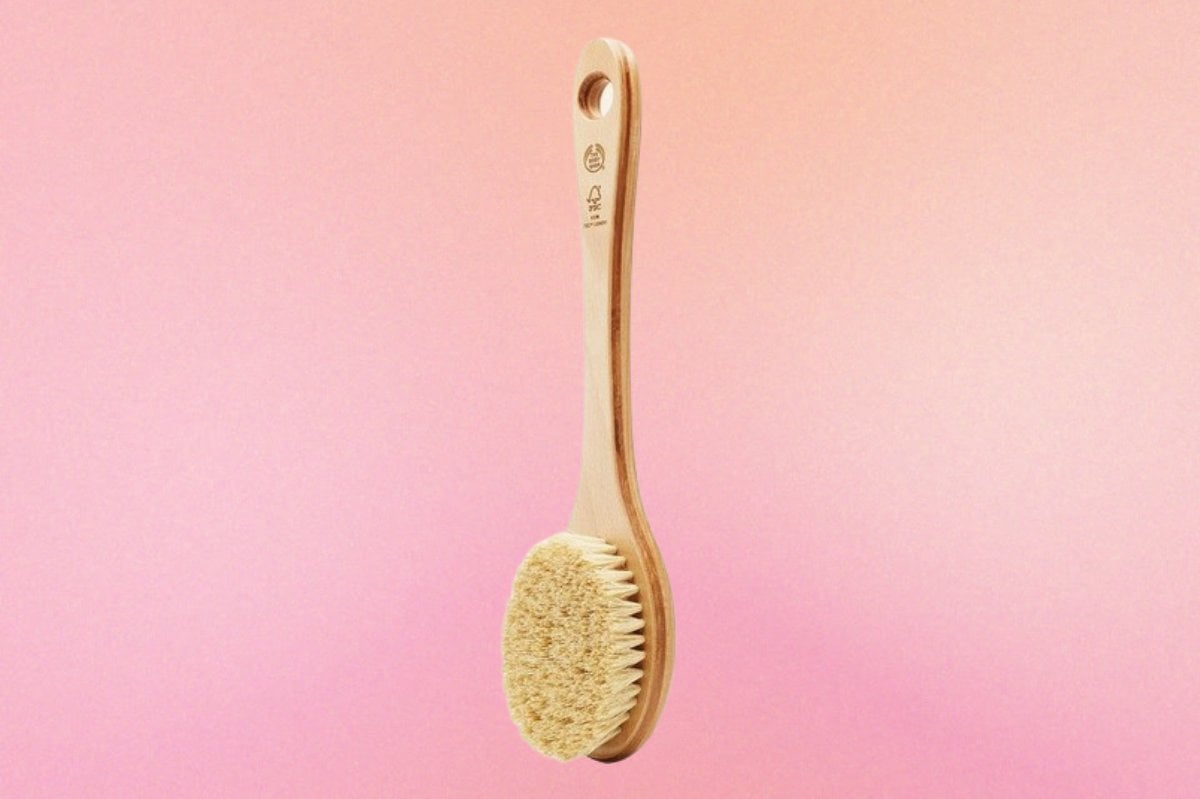 Image: The Body Shop and Mamamia.

With these, Dr Wong suggests slowly building up your tolerance.

"I would always start off really slow - once a week, then build up to twice a week. But no more than three times a week," she said.

Or if you want to take a heavy-duty approach to treat KP, there are a few stronger options.

"You can go and see a dermatologist for a chemical peel on a monthly basis - for example a 30 to 70 per cent glycolic acid peel or a 20 to 30 per cent salicylic acid peel," Dr Wong said.

"Or you could consider laser treatment - particularly pulsed dye laser or IPL."

As for kids struggling with KP, there are a few products Dr Wong suggests.

How to treat keratosis pilaris on the face.

If your keratosis pilaris flares up on your face, there are some great treatment options out there. But they have to be different to the ones you use on your body, as they would be too strong.

Both are okay to use every day.

"If your skin care tolerate [it], absolutely," Dr Wong said.

These two are loved by people with KP: 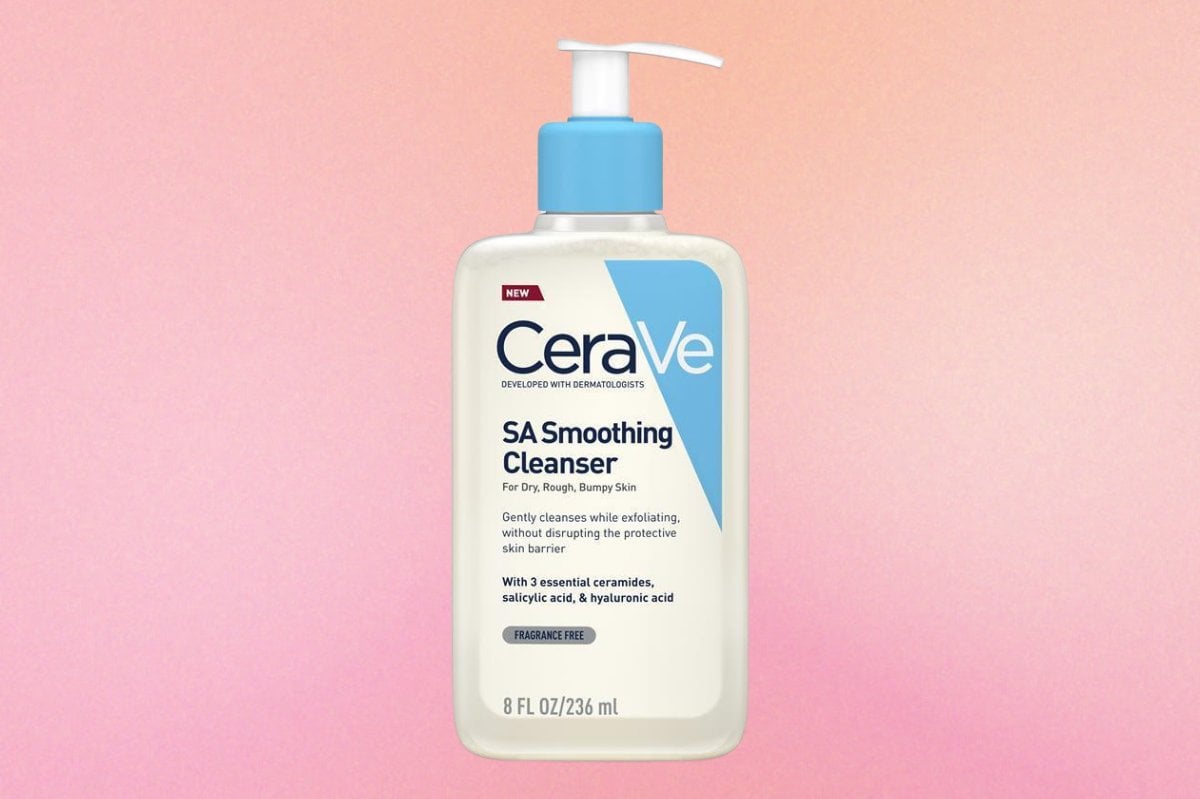 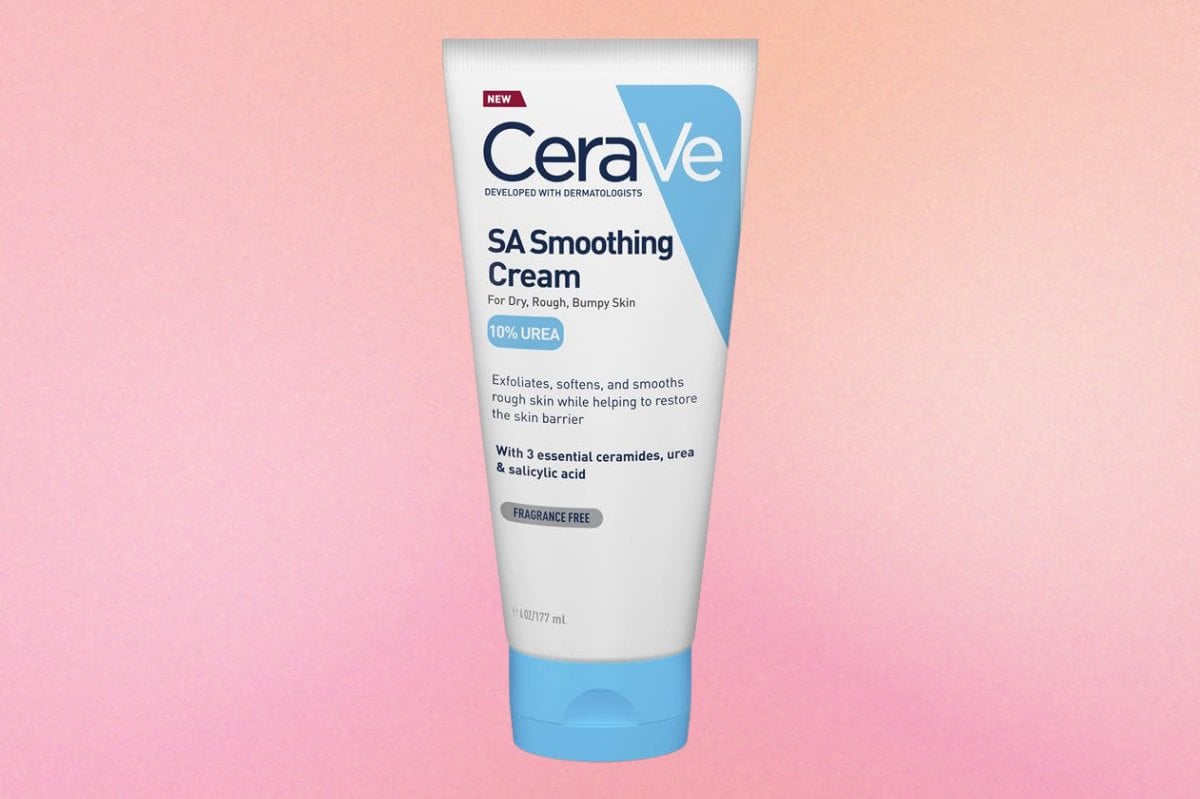 But there are two things she insists you stay clear of.

"I'd be really wary of harsh granular scrubs because they are just too rough and too irritating for the skin. And I'd be wary of fragranced products because that can again irritate the skin," she said.

And when it comes to wearing makeup with KP, Dr Wong suggests products that are oil-free and mineral-based.

At Mamamia, we independently choose and write about products our writers genuinely recommend. We have affiliate partnerships so if you use these links to buy something, Mamamia may earn a small commission.