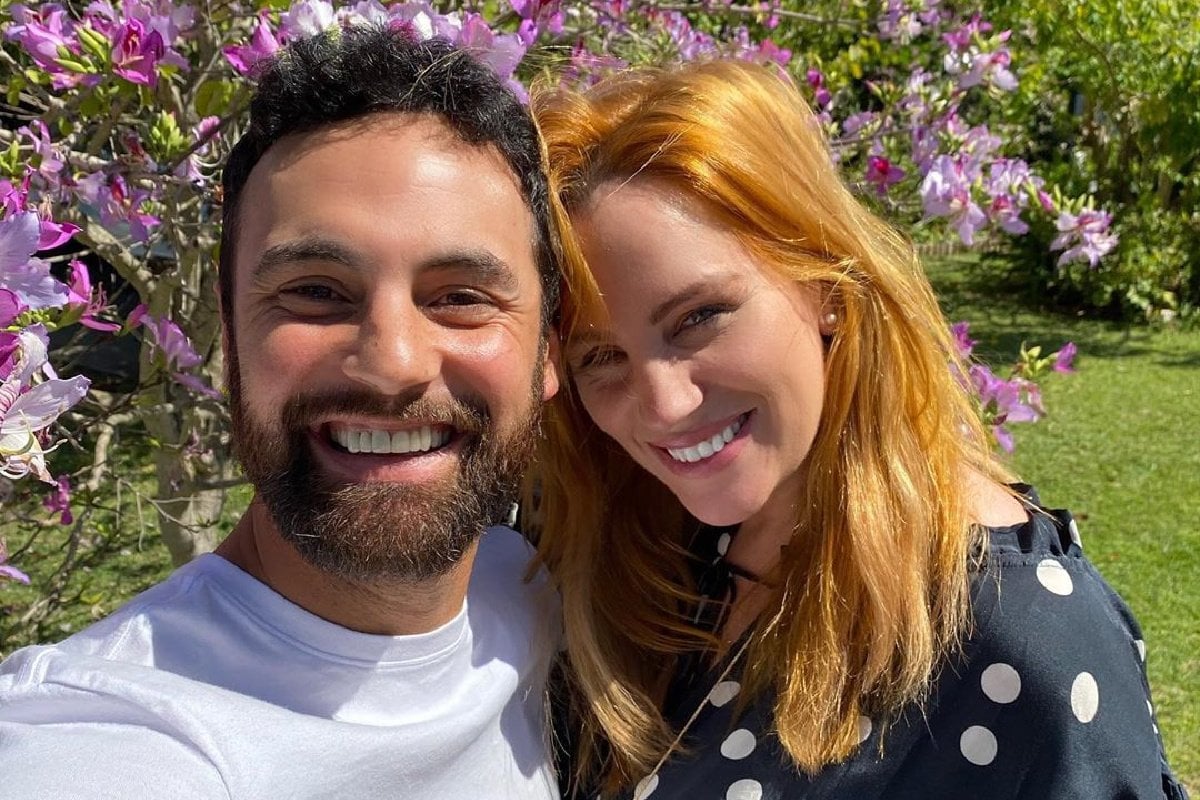 Sharing the news on Instagram on Saturday morning, Jules uploaded a video montage of herself and Cam preparing for birth, then their baby's tiny hand wrapped around her finger.

And in the caption of the video, she announced the name they chose.

"#loveatfirstsight I would do it a thousand times again for you, Oliver Chase Merchant," she wrote.

"Our little man has arrived. #surprise #itsaboy healthy and beautiful and my heart is full.

"We are home now and enjoying the love bubble and getting to know our lil man Ollie who has the world ahead of him," Jules continued.

The couple, who met and fell in love on the reality dating show, announced the news that they were expecting a child together in April's issue of Stellar Magazine.

“We are having a baby!… And we couldn’t be happier! I’m already so in love with my bump!” Jules shared on Instagram when promoting the issue.

We are having a baby!!! ❤️❤️❤️❤️❤️❤️❤️❤️❤️❤️ You heard it here so you know it's actually true! And we couldn't be happier! I'm already so in love with my bump! We share our dreams coming true and much more exclusively in @stellarmag On sale tomorrow inside the Sunday Telegraph and Sunday Herald Sun. Much love from the 3 of us 😍😍😍 @cammerchant & #bump . Thank you . @jmoconfidential for the fun interview! Always a pleasure ❤️ @stevenchee 📸 @kellyahume Stylist . 💄 @kristyanlow @juliannemcguigan HAIR #baby #realnews #sohappy #joy #stella

Speaking to Stellar Magazine, Jules admitted that she thought falling pregnant at 37 years old was “going to come with a fight”.

“I had it in my head that it was going to be a problem,” she shared.

“Because of my age I had done all the hormone testing, the egg count… so much is instilled that you’re going to struggle because of your age.”

Jules found out she was pregnant just 10 minutes before filming the body positivity campaign for her shapewear line in January.

“I knew [I was pregnant] because I felt so sick. I went to make some food and I was so hungry. I was cutting it up and I just got waterfalls, and I was like, ‘Oh, I don’t feel right.’ I did the test straight away and it was negative,” the 37-year-old said.

“I was with Cam at the time and, for some reason, I just left it on the side of the bathroom bench. I could have thrown it in the bin, but I just thought, ‘No I’m going to hold on to that.’ I really don’t know why I felt that. So I took a shower and when I got out it was positive.”

“We were so excited and just kept repeating to each other ‘two lines, two lines’ [on the test]. It definitely didn’t sink in straight away,” Cam added.

The couple met during last year’s season of Married At First Sight and ended up becoming engaged at the end of the experiment.

They went on to marry in a televised special on A Current Affair in November last year.

Jules and Cam are the second couple from Married at First Sight to welcome a baby.

The first couple from season one of the series, Zoe Hendrix and Alex Garner, welcomed their daughter Harper-Rose in 2016, but the pair broke up two years later.