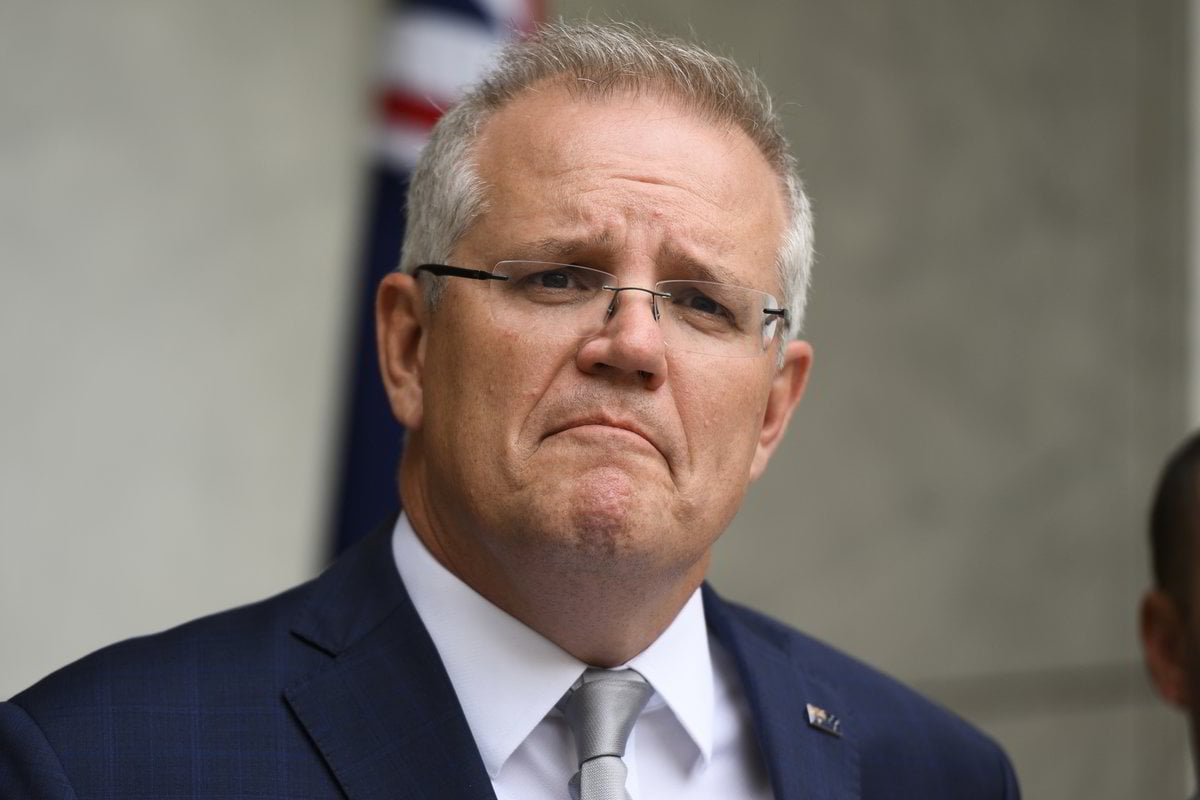 Prime Minister Scott Morrison and Treasurer Josh Frydenberg have confirmed the federal government will extend JobKeeper until March 2021, in response to the economic fallout of the coronavirus pandemic.

The payment of $1500 is currently paid to 3.5 million workers in Australia.

The news comes as Victoria experiences a second wave of COVID-19 cases, and New South Wales is starting to see clusters of infections emerge.

Here's everything we learned from the prime minister's press conference on Tuesday morning.

The JobKeeper payment will be extended until March next year, in acknowledgement that businesses are still significantly impacted by coronavirus. It was initially due to end at the end of September.

The new JobKeeper scheme will feature a two-tier system, in a measure to correct the "pay rise" some Australians were receiving under the JobKeeper system, the treasurer said.

There will be a lower payment for those working less than 20 hours a week of $750.

These changes will be implemented come the change-over period in September.

Watch: Scott Morrison announced the changes to the JobKeeper scheme. Post continues below.

Further to these changes, the new scheme will feature tighter eligibility requirements.

Past September 28, businesses will need to show a 30 per cent turnover reduction across the past two quarters, and into the next quarter. Prior to this, the eligibility requirement was for businesses to show they expected a 30 per cent reduction in turnover.

Scott Morrison announced that JobKeeper has so far provided $30 billion to nearly a million businesses across the country.

There will also be changes to the JobSeeker payment, the prime minister and treasurer announced.

After September 28, the fortnightly coronavirus supplement of $550 will be reduced to $250. This will mean the maximum JobSeeker payment is about $800.

On top of this, the government announced they will increase the "income-free area" to $300. This means those on JobSeeker can earn $300 a fortnight without it impacting their JobSeeker payments.

These new adjustments will run until the end of the year.

On top of this, if a person is offered a job, it is "an obligation" for those on JobSeeker to accept that offer.

The prime minister said there will be further decisions made about JobSeeker closer to the end of the year, or perhaps sooner.

Reply
Upvote
What happened to their claims that JobKeeper would be ‘targeted’- they implied for months that it would be scaled to different industries but it seems they couldn’t be bothered to get into that detail in the end. It’s a bit absurd that a cafe that is down 30% will get as much support as events companies that are down 100%.
G
grumpier monster 2 years ago

Reply
Upvote
The Government should re-introduce the job-matching role of the CES and get rid of the private sector employment agencies. Every JobSeeker should be trying to find work, but they need support (financial, emotional, and practical advice on getting work). Until then, given that the vast majority of those who are newly unemployed  can't manage their current finances to cover their costs (including mortgages and rent), JobKeeper and JobSeeker should remain unchanged (though perhaps better targeted).
C
cat 2 years ago