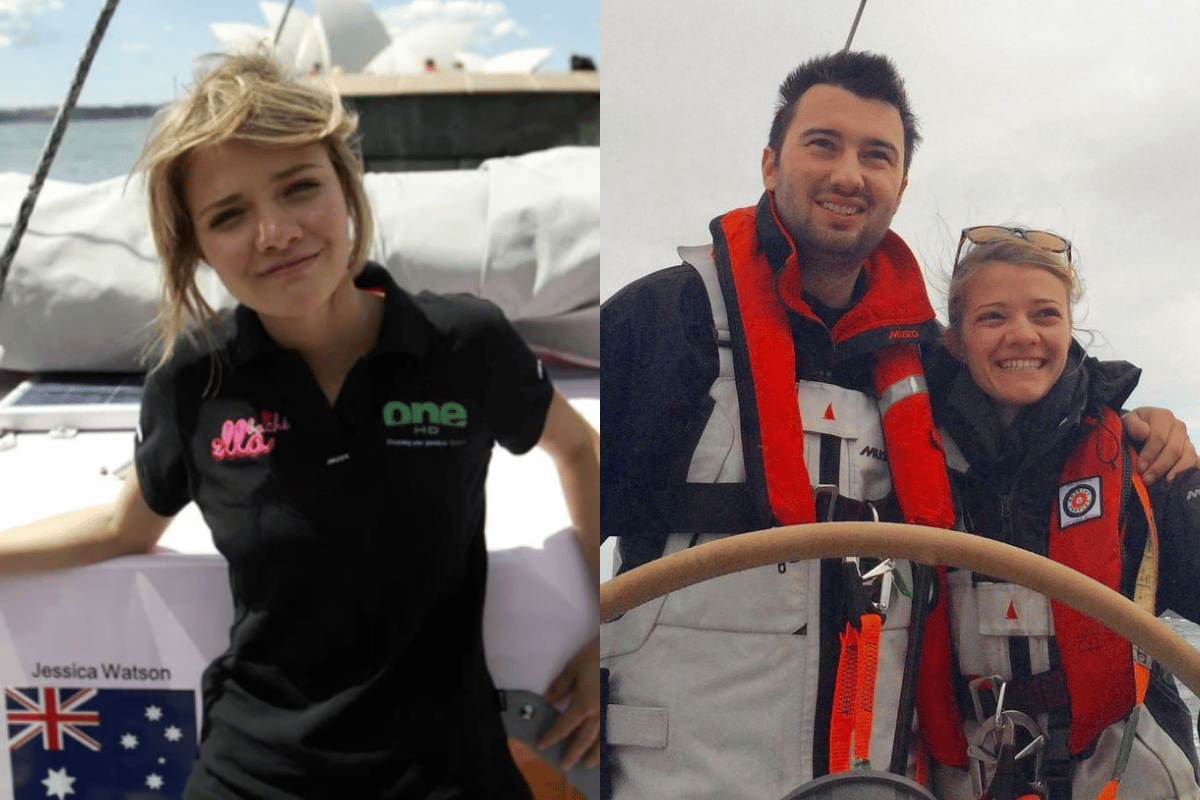 Almost 12 years ago, the nation watched as 16-year-old Jessica Watson set sail around the world in her bright pink yacht, Ella’s Pink Lady.

After 210 days alone at sea, Watson sailed back into Sydney Harbour a national hero and the youngest person to complete a solo, unassisted and non-stop trip around the world.

"It really was such a special and unique time," Watson told Mamamia in 2019.

"There are still some parts that still remain incredibly vivid to this day and I really do treasure those memories."

Over a decade on, her voyage remains an inspirational moment in Australian history, particularly for young women and girls. But it didn’t come without criticism.

"I do very much understand where people were coming from… the whole story wasn’t necessarily told and people didn’t know about the preparations.

"But at the same time, there’s so much criticism out there and everyone is quick to be a critic and I’m kind of okay with that."

Watson went on to be named Young Australian of the Year in 2011 for the bravery she showed during her solo voyage. But Watson said she wasn't exactly the bravest kid growing up.

"I think what people don’t necessarily realise or think of me is that I was quite a timid kid. Even when I decided to sail around the world, I was very fearful. It was actually the fact that I had this goal and wanted to do this, that I realised, well if I’m going to do this, I have to change," she said.

"In so many ways it [the voyage] feels like an age ago because so many things have happened during the years and I’ve changed so much."

Now 28, Watson has continued to make waves outside of the sailing world, having written two books, volunteered at refugee camps and even helped launch a boating app, Deckee.

Twelve years on, Watson still loves sailing, only now she says it’s more of a hobby.

"I think people think I take it [sailing] quite seriously but really my favourite thing to do is to get out and have a bit of fun."

Back in 2019, Watson told Mamamia that she liked to spend her weekends on the boat with her friends and her boyfriend Cameron Dale, who she met while sailing and started dating in 2011.

"It’s a nice thing for us to share and to have in common," she said. Her "indescribable grief" after her partner Cameron Dale's death

On Monday, the 28-year-old announced that Dale had passed away after suffering a "catastrophic stroke" six weeks earlier.

"On Monday, 30 August 2021 we lost our Cam – my long-term partner in every aspect of life and planned future," she wrote on Instagram on Wednesday.

"Cam passed away peacefully nearly six weeks after a catastrophic stroke. We’ll be forever grateful for the dedicated care he received at the Gold Coast University Hospital."

Watson went on to say that she and her 29-year-old boyfriend were "inseparable" and their "world centred on messing about on boats."

"Describing what Cam means to me is impossible – everyone who knows us understands how much we simply loved each other."

"Even while experiencing indescribable grief, I feel so grateful for the family, friends, and communities Cam has given me and the person I’ve become with him. I take enormous strength from having been so devotedly loved. The years of treasured memories offer enormous comfort."

"Being Cam’s 'Jess' is the role I’m most proud of," she concluded the post.

While Watson loves spending time on the water, when it came time to choose a career, sailing was the furthest thing from her mind.

"I was realising through study, and through how much I was enjoying it, that I wanted a career that really sort of pushed me in a different way."

So she decided to pursue a career in business and completed her Masters of Business Administration in 2017. In 2019, she was working as a management consultant for a Melbourne accounting firm.

"I’ve been looking for ways to challenge myself since the voyage and I found the best way to do it is to put myself out of my comfort zone."

In 2012, Watson took to the stage and competed on Dancing with the Stars.

"I thought it was really different and a real challenge and maybe I should give this a go," she said.

Watson ended up getting eliminated half-way through the season but she still says "it was an awesome experience and a lot of fun".

Since then, she's continued to push herself out of her comfort zone. Particularly, when she decided to write her second book, Indigo Blue.

"Writing my second book, which is a novel for young adults, was actually quite scary," Watson told Mamamia.

"I always thought this was something I wanted to do and you go around telling other people to do things that scare you, so you should probably be following your own advice."

Watson's second book, which was published in 2018, brings together her love of sailing and adventure with the fairy tales she enjoyed as a kid.

"I wanted to share what I love about sailing, especially with young people, particularly young girls."

The most incredible thing just arrived in the post! Here's the advance reading copy of my new book. I absolutely love the draft cover and can't wait to share it. It's a little surreal seeing years of work finally turned into a real book! ????????????

Writing a story about sailing also seemed fitting, as it was a book that inspired Watson to sail around the world.

"Mum used to read to me a lot as a kid because I’m dyslexic and that used to be a bit of a struggle. So she was constantly reading to me and the books she read were adventure stories, which clearly led to some of the thinking," she laughed.

She has been a Youth Ambassador for the United Nations.

After returning home from the voyage, Watson became a Youth Ambassador for the United Nations World Food Programme.

Her role isn’t as active these days but has taken her to "some pretty confronting places" from Laos to refugee camps in Jordan and Lebanon.

"I suppose the biggest takeaway from that is just how lucky we are and how much we have to appreciate here."

It's #worldfoodday today and I'm remembering the incredible meal I shared with #syrianrefugees in Jordan with @wfp_mena. We ate on the floor of a tin hut in a huge dusty refugee camp but I don't think l've ever had such delicious food. #zerohunger #worldfoodprogramme

After conquering the sailing world, writing world and even the dancing world, Watson doesn’t have any grand plans for the future, just yet.

In the meantime, the producers of the Oscar-nominated movie, Lion are currently working on a film adaption of Jessica’s story.

As for another voyage, Watson said, "I would absolutely love to sail around the world again, I’m not sure if I would do it solo next time."

"I always thought next time, I would be stopping along the way, and potentially with friends. Instead of it being non-stop and missing out on all of the beautiful places along the way."

This article was originally published in November 2019, and was updated on September 2, 2021.