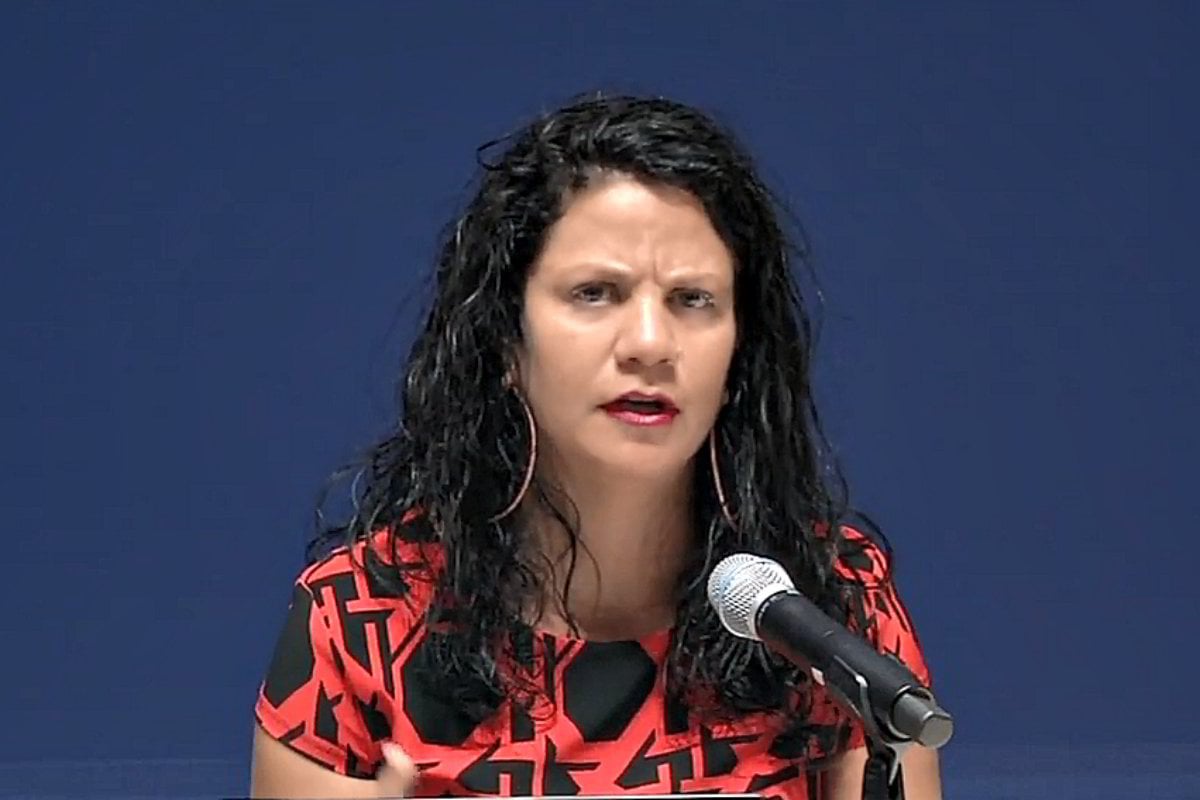 In the acknowledgements of her 2018 book, Fugitive Modernities, Associate Professor Jessica Krug paid tribute to her ancestors, ﻿"unknown, unnamed, who bled life into a future they had no reason to believe could or should exist."

For years, the George Washington University academic led the world to believe that those ancestors were Black.

She proudly claimed a Black Caribbean identity that underpinned her studies as a historian of "politics, ideas, and cultural practices in Africa and the African Diaspora". She was vocal in her activism and agitation, calling out white oppressors and centreing herself in the minority experience.

In a now-deleted article for Essence, she addressed her "fellow boricua" (the name Indigenous Puerto Ricans gave to people of the island) and "fellow colonised people of all nations". In the author bio beneath, she described herself as "an unrepentant and unreformed child of the hood".

It was all a lie.

In a stunning confession posted to self-publishing platform Medium on Thursday, Krug wrote that she is not, in fact, a woman of colour. Instead, she had carefully cultivated a false identity "from the fabric of Black lives"; a years-long ruse she described as an "avalanche of deceit".

﻿"To an escalating degree over my adult life, I have eschewed my lived experience as a white Jewish child in suburban Kansas City under various assumed identities within a Blackness that I had no right to claim: first North African Blackness, then US rooted Blackness, then Caribbean rooted Bronx Blackness," she wrote.

"My continued appropriation of a Black Caribbean identity is not only, in the starkest terms, wrong — unethical, immoral, anti-Black, colonial — but it means that every step I’ve taken has gaslighted those whom I love."

By way of explanation, Krug pointed to undefined "severe trauma" she experienced in childhood and adolescence.

"To say that I clearly have been battling some unaddressed mental health demons for my entire life, as both an adult and child, is obvious," she wrote. "Mental health issues likely explain why I assumed a false identity initially, as a youth, and why I continued and developed it for so long."

"You should absolutely cancel me."

Since the confession was published, several people have alleged that Krug also performed activism under the name Jess La Bombalera.

A video has surfaced of a woman (who looks strikingly like Krug) giving testimony to the New York City Council under that name in a strange, inconsistent accent.

Krug has not acknowledged the claim.

In her Medium essay, Krug wrote that she had contemplated coming forward with the truth several times throughout her career, but said she was held back by cowardice.

She didn't explain why she chose to do it now.

But Yomaira Figueroa, an associate professor of Afro Diaspora Studies at Michigan University, has claimed via Twitter that other academics unearthed the truth, forcing Krug to speak up.

The only reason Jessica Krug finally admitted to this lie is bec on Aug 26th one very brave very BLACK Latina junior scholar approached two senior Black Latina scholars & trusted them enough to do the research & back her up. Those two scholars made phone calls & reached out to...

that she would have come out with the truth on her own. She made a living & a whole life out of parroting Black Rican trauma and survival. As a Black Rican I am PISSED.
The other thing is that, let historians tell it, her work is actually good, chick is smart- so why lie?

The situation has been compared to that of Rachel Dolezal, a white woman from the US state of Montana who had fraudulently adopted an African American identity. Dolezal even became the president of her local chapter of the National Association for the Advancement of Colored People, before her parents exposed her lies in 2015.

Despite the revelation, the activist and former African studies teacher has continued to self-identify as Black and has changed her name to Nkechi Diallo.

Krug, meanwhile, acknowledges her deception as "thievery and appropriation".

"I believe in accountability. And I believe in cancel culture as a necessary and righteous tool for those with less structural power to wield against those with more power," she wrote.