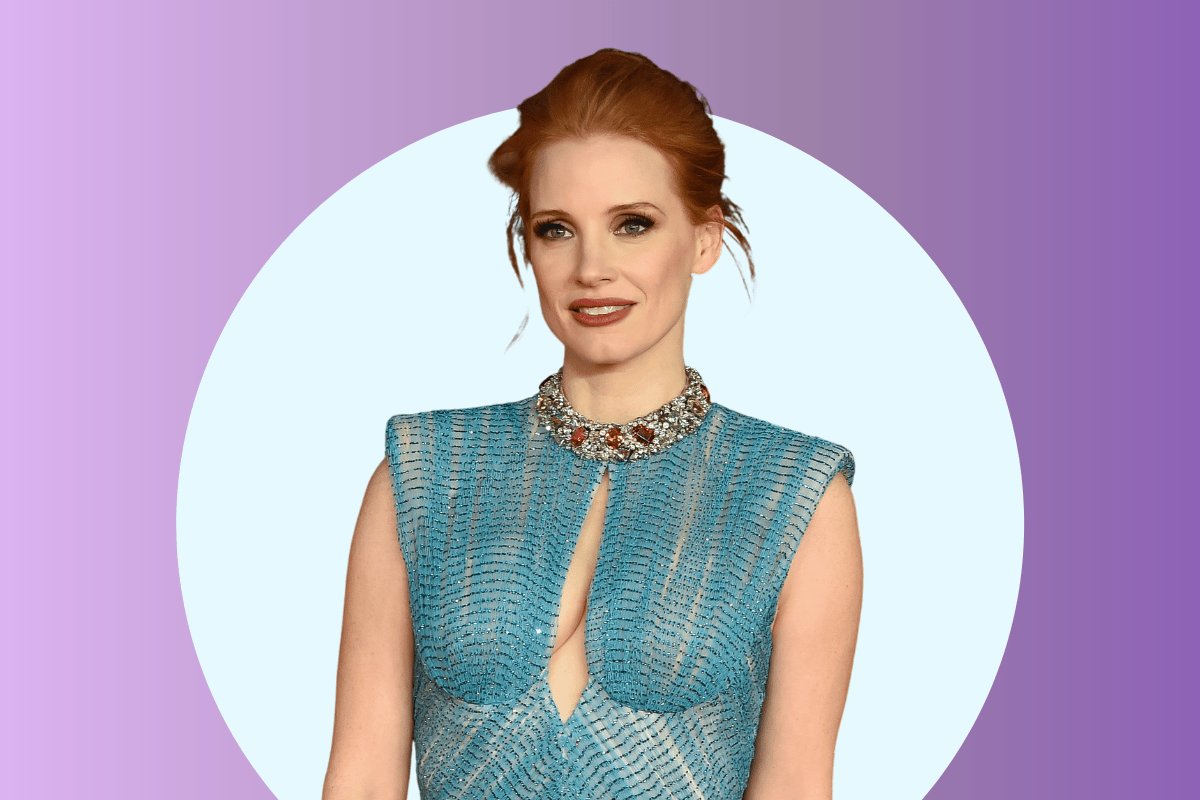 It really does look like Jessica Chastain has it all.

Nominated for two Golden Globes this year, for The Eyes Of Tammy Faye and Scenes From A Marriage, she’s currently appearing in the new action movie The 355.

She’s married to an Italian from a noble family who has a 17th century estate and his own prosecco brand. It’s all a very long way from her childhood in California, when her single mum had to shoplift so the family could eat.

Jessica won’t speak about her biological father, and says he’s not listed on her birth certificate, so there’s “no proof of anything”. He died in 2013.

Life was tough for young mum Jerri and her daughters.

“We stole food at the store because we didn’t have any money,” Jessica told the Evening Standard magazine. “And some people knew she was doing it but didn’t stop her. So there is kindness everywhere.”

Jessica’s family got evicted a couple of times when she was a child.

"One time, I even came home from school and there was someone locking our doors,” she told USA Today. “And he felt super guilty, and he asked me, 'Do you want to go in and grab some things?'"

Jerri married a firefighter, Michael Hastey, and Jessica came to see him as her father. But that feeling that she could lose her home at any time remained.

"I always had this fear of being homeless. Being evicted.”

Young Jessica was creative and imaginative, but she had a tough time at school.

"I was told every day at school that I was ugly, and that no one wanted to be my friend,” she told Glamour. “The most cruel things.”

One day, Jessica’s grandmother, Marilyn Herst, took her to see a production of Joseph And the Amazing Technicolour Dreamcoat, put on by a professional theatre company. Jessica saw a little girl on stage and decided that this would be her career. She was ready to start immediately.

“My poor mum – I was always like: ‘Mum, can you take me to LA so I can be in commercials?’” she told The Guardian.

Jessica started putting on plays for neighbours, and from there, was cast in theatre productions. She became the first person in her family to go to college when she was accepted into the prestigious Juilliard drama school in New York.

Her grandmother gave her money to get her through her first year, and travelled with her to New York to help her settle in. Jessica was “terrified” she would be cut from the program for not being good enough.

“So, the first year, I was a wreck of anxiety.”

After the first year, she was awarded a scholarship, funded by the late Robin Williams, which took the financial pressure off her family. But she never got the chance to thank the star in person.

The one time she saw him, he was sitting near her at a restaurant. She waited for him to finish eating before approaching, but “he jumped up and kind of ran out”, so she never got her chance before he died.

Three days before Jessica graduated, her sister Juliet took her own life. Juliet, a musician, had reconnected with their biological father before her death. Jessica says Juliet had struggled with drug abuse.

"And she had a lot of attempted suicides, but you never really think this is going to happen, even though, in your mind, you know it can happen," she told Modern Luxury Manhattan. "And when you get the call, it's... shocking."

Jessica said her sister's suicide "completely changed the person I am".

"A movie, Oscars, a dress, if someone thinks I'm stupid… I realised nothing is that important," she told InStyle.

For the next seven years, Jessica battled to make it as an actress. She scored small roles in shows like ER and Veronica Mars, and got mixed reviews for her theatre performances.

She budgeted carefully, putting her money into envelopes marked “food” and “rent” so she wouldn’t be caught short, that fear of being homeless still with her.

Then, in 2011, it all happened. She was in six movies that year, including The Help and The Tree Of Life. Suddenly, she had the success she’d wanted – and the fame she didn’t really want.

“I'm not interested in the fame of being a personality,” she said. “Some people are, and they love it, and that's great for them. But the whole anxiety I had in 2011 was about not wanting to be in a room and have everyone stop and look."

On the day she was nominated for an Oscar for The Help, she was in Paris, having been invited to a fashion show. There she met her future husband, Gian Luca Passi de Preposulo, a fashion executive from a family of Italian nobles who also has his own brand of prosecco. She says it was “like probably the best day I ever had”.

Even though she didn’t believe in marriage when she met Gian Luca, she changed her mind. 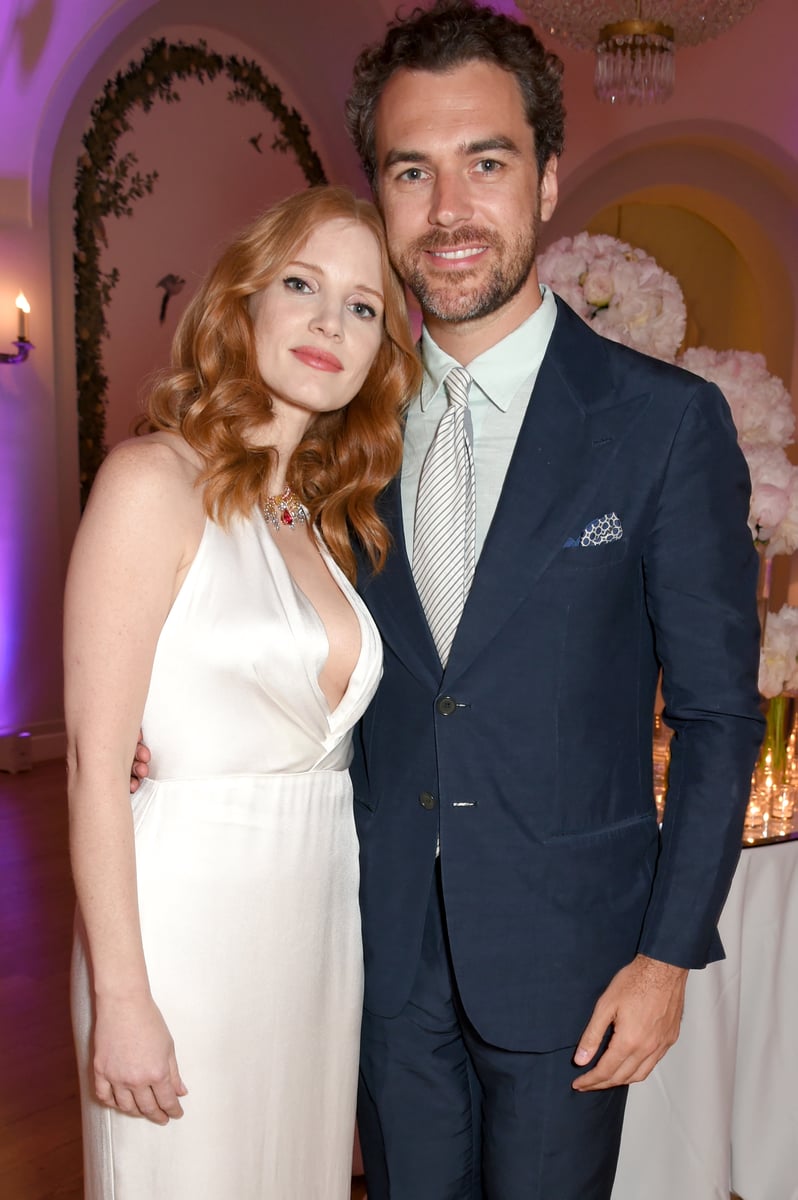 Jessica married Gian Luca at his family home, the 17th century Villa Tiepolo Passi, which doubles as a tourist attraction.

“My husband’s a count,” she told Live with Kelly and Ryan.

But she insists she’s not a countess, “not on any of my identification”.

In 2018, Jessica and Gian Luca welcomed their first child, Giulietta. The couple kept it very quiet, with the media only realising they’d become parents when Jessica was spotted pushing a stroller. E! News has reported that the couple’s daughter was born via surrogate on April 4.

“Thank you all for respecting my privacy while I was blessed with the gift of becoming a mother,” Jessica wrote on Instagram at the end of 2018.

Since then, the couple are believed to have welcomed another child. In March 2020, Jessica was seen carrying a baby in a carrier on her chest while Gian Luca pushed Giulietta in a stroller beside her.

Jessica has said that she doesn’t want to put her private life on display.

“I had a lot of time when I wasn’t in the industry and I got to watch it from the outside,” she told The Irish Times. “And what I noticed was the actors that would allow me to fall completely into a movie were actors I didn’t know much about. I knew I wanted that for me.”

But there’s one family member Jessica is happy to show off and talk about: her grandmother. She’s taken Marilyn with her to red carpet events, including the Oscars, and invited her to parties, including one where Bradley Cooper was a guest.

“So in the middle of the party she just walked over to Bradley and just sat on his lap,” she revealed on The Ellen Show recently. “And he looked horrified, actually.” 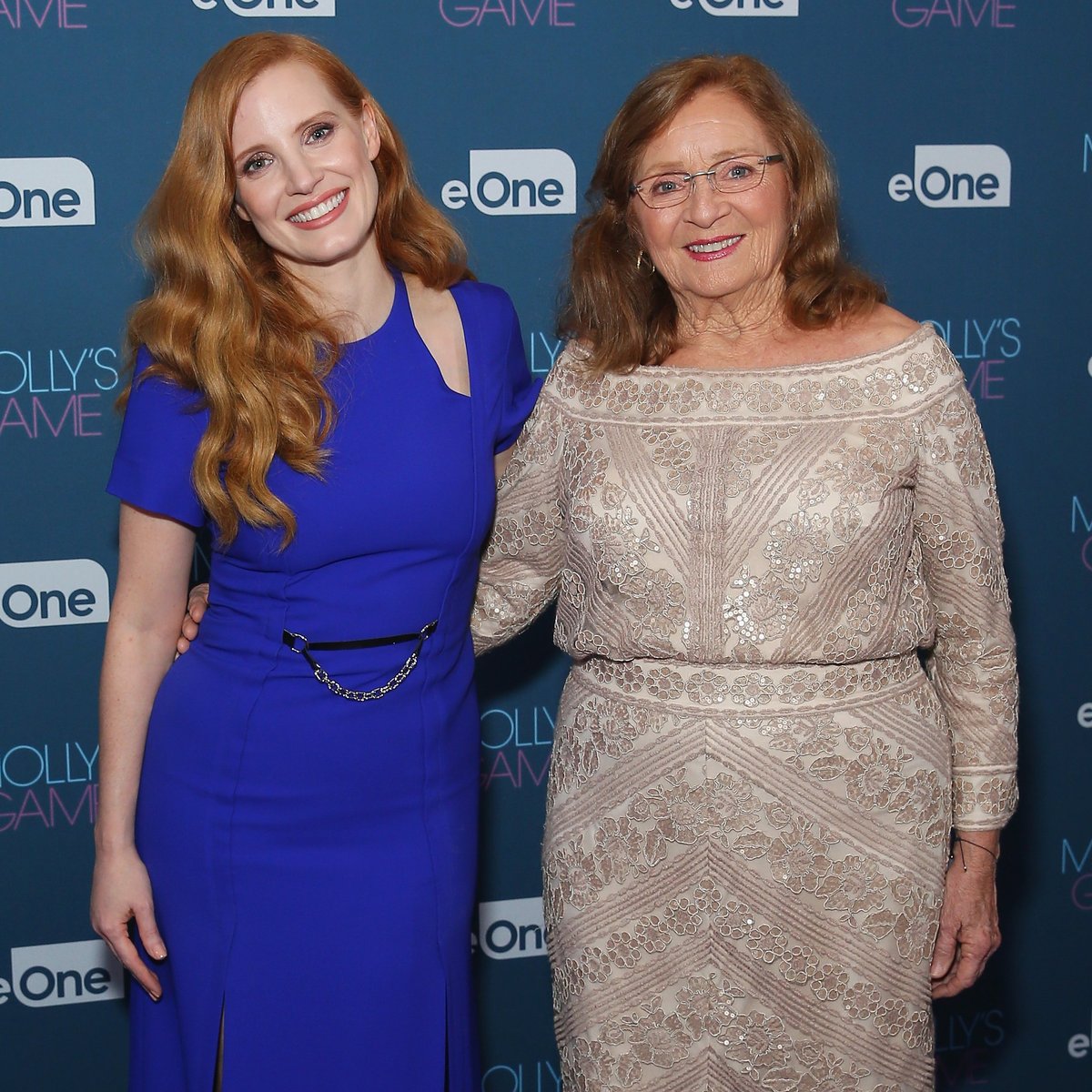 Jessica Chastain and her grandmother Marilyn Herst in Sydney in 2018. Image: Getty.

Jessica has told NPR that her grandmother is “very, very important” to her.

“She's really a special lady and has helped me in more ways than I could ever explain.”