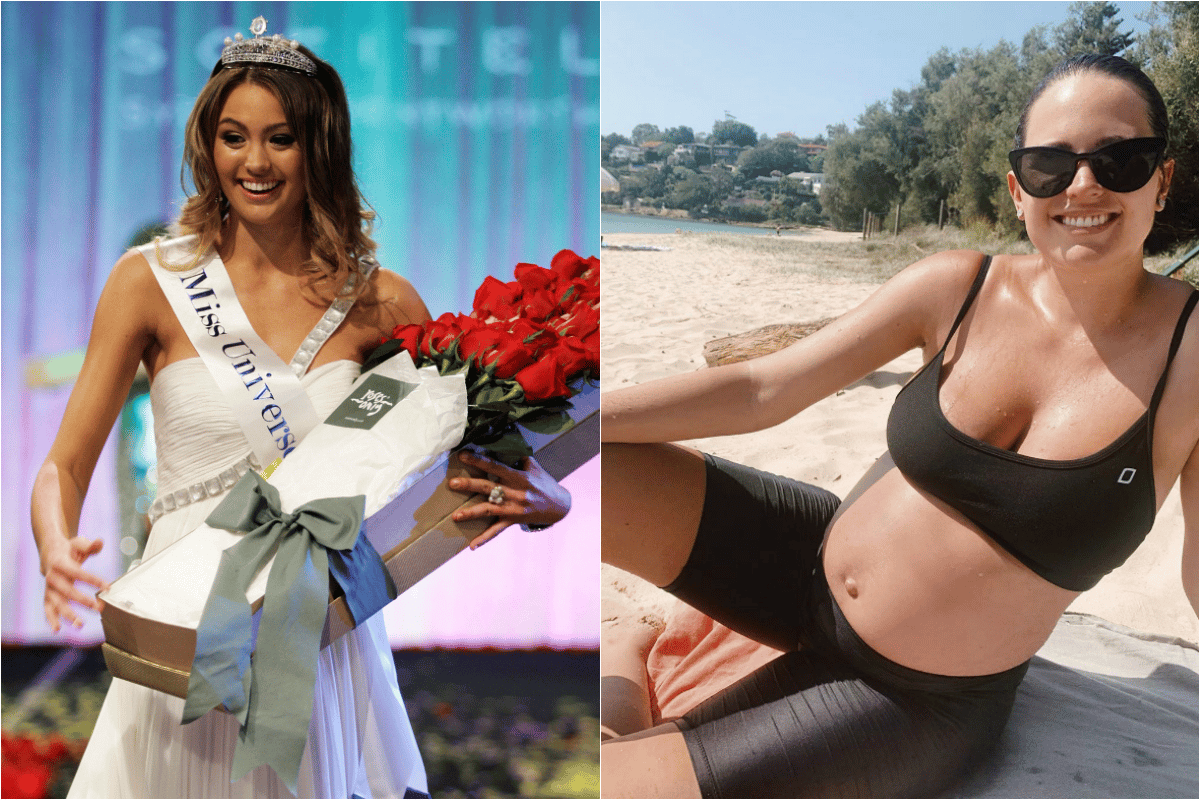 In 2010, a freshly 18-year-old Jesinta Campbell was launched onto the international stage when she won Miss Universe Australia.

Now, 10 years later, she is reflecting on just how much has changed in that time.

"Beauty pageants get a bad wrap but I’ll forever be grateful for this experience," she wrote on her Instagram earlier this week.

"It gave me a platform to build a career I could only dream of, meet incredible people and bring me to where I am today. I can’t believe I was only 18, looking at these pictures I remember how unaware I was of what had just happened and how it would change my life."

18th June 2010 🤍 10 years ago today I won Miss Universe Australia! I wouldn’t have remembered but I woke up this morning to a DM from @hannah.vasicek who sent me some pictures of us both back stage together after I had won the Australian pageant, she’s the beautiful blonde a few pics in. These pictures bring back so many memories. Beauty pageants get a bad wrap but I’ll forever be grateful for this experience. It gave me a platform to build a career I could only dream of, meet incredible people and bring me to where I am today. I can’t believe I was only 18, looking at these pictures I remember how unaware I was of what had just happened and how it would change my life. I’ve grown and learnt so much and feel an immense sense of gratitude for everything that came from this pageant. There was no Instagram back then, so all the memories I have are in my heart and mind and I had to trawl through google to find these images. Whether you’ve been apart of my journey from the beginning, met me halfway or just now... thank you! I am who I am because of the experiences I’ve had and the people I’ve met along the way 🤍 Can’t wait you show my daughter these pics one day and boy do I have some stories and life lessons to share with her 🙈🥰

Now, the model is married to AFL superstar Lance "Buddy" Franklin, who she shares a daughter with, Tullulah.

Also an entrepreneur, the 28-year-old has her own lifestyle app, called Jesinta Franklin, where she updates fans on her life, as well as publishing fashion, food, health, and beauty content.

Listen: Jesinta Franklin shares her skin and makeup routine on In Her Bag. Post continues below.

Here's what we know about Franklin's intensely private family life. 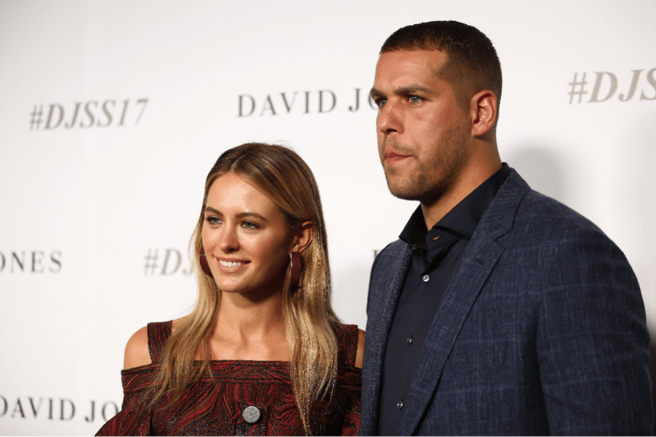 Jesinta has been with her now-husband since she was 21 years old in 2013. But their love story almost didn't happen when she rejected his initial advances.

“He got my number off someone, and then he just started messaging me. And I was like, ‘Um, I’m not dating at the moment. I’m dating my career’,” she told Beauticate in 2017.

“Cringe! Oh my God, I can’t believe I said that. Back then, as soon as I came back from competing at Miss Universe I hit the ground and the years following were insanely busy. Weekends were non-existent and I never took any holidays. I was so busy I couldn’t imagine fitting in any dating."

Fast-forward a few years, and they went on their first date where they formed a connection over drinking green tea together.

The couple became engaged in December 2014, although they put their wedding on hold while Buddy focused on an ongoing mental health struggle.

In November 2016, they married during an intimate wedding with their immediate family and close friends in a private garden in New South Wales’ Blue Mountains.

In August 2019, Jesinta and Buddy announced they were expecting their first child together, but also admitted it came after an ongoing battle with infertility.

“In the early days, [pregnancy] was so stressful, just because I didn’t know what was going to happen. This is my fourth pregnancy and I still don’t have a baby, so there was a lot of anxiety in the first few months. Every twinge, every feeling, everything made me worry and overthink," Franklin told Mamamia in February this year.

“I lost a little bit of my innocence, over the last two-and-a-half years, that positive outlook. I had to protect myself. But in a sense, I’m also grateful because maybe if I’d been able to fall pregnant easily, it would’ve been harder for me to come to terms with the changes to my body and my life."

In late February, the couple announced the birth of their daughter.

“Jesinta and Lance are thrilled to announce the arrival of their beautiful baby daughter, Tullulah Franklin,” a spokesperson for the couple told The Daily Telegraph. “They are both absolutely besotted with her.”

Since the birth of their daughter, the pair have not shared any photos of their new family member, keeping their family life extremely private.

During an interview with The Morning Show in May, however, the model did reflect on her birth, and shared what her daughter looks like.

“She is hard work, but she is absolutely divine,” Franklin told the show.

“The birth was actually so amazing,” Jesinta reflected.

“I was really lucky that I had a very quick 50-minute natural birth. The birth was such a beautiful moment for us.”

She explained that their little girl marks a resemblance to both of them.

"She's got a very thick crop of dark hair that sits naturally in a mohawk and from the day she was born I could put a bow in her hair if I wanted to, there’s that much hair."

“She looks exactly like me when I was a baby, but now that she’s getting a little bit older, and she’s starting to make more expression I see so much of Buddy in her."

“And she’s got her dad’s beautiful skin, obviously with his indigenous background, which I’m so grateful for.”

"That was the one thing when I was pregnant. I was like, ‘I don’t care what she looks like I just hope she has your beautiful brown skin!’ So she’s got his beautiful complexion," Jesinta shared.

Now, Jesinta Franklin balances her life as a model, entrepreneur and mother in her ever-effortless style, whilst always keeping an honest relationship with her fans and followers.