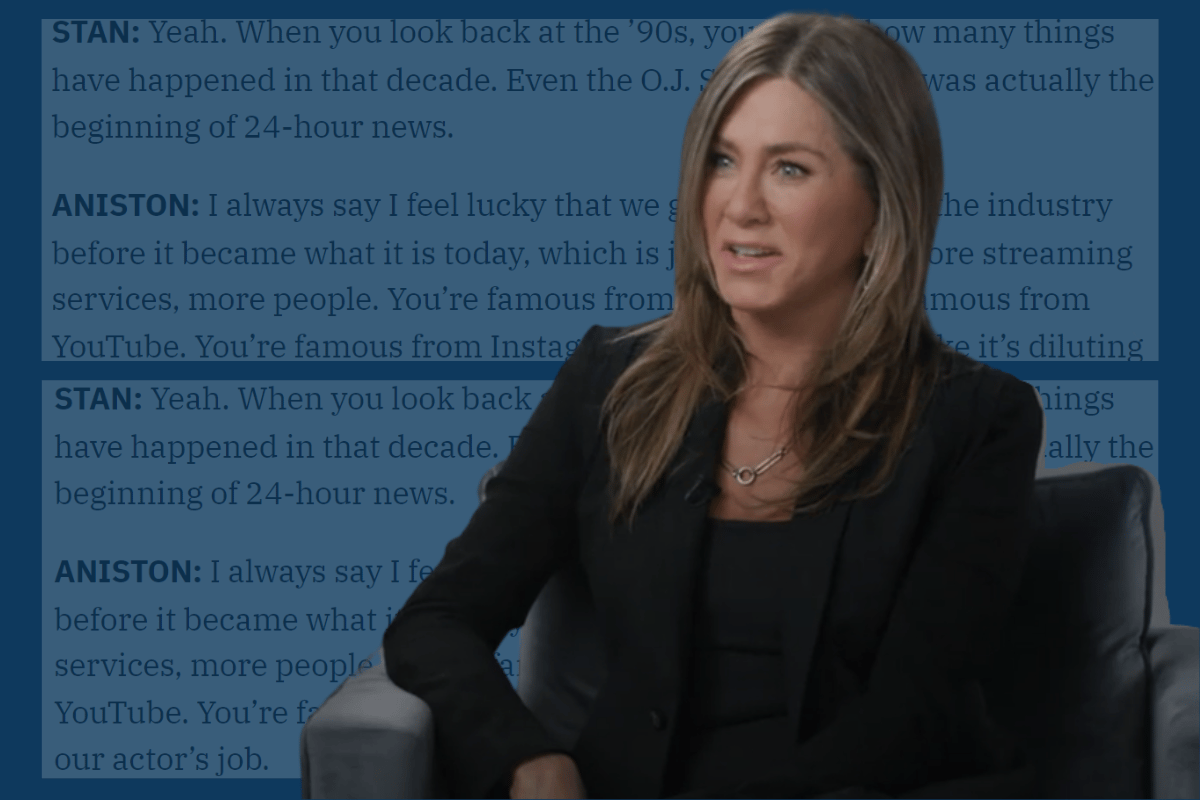 In the world of Hollywood, Jennifer Aniston can do no wrong.

But this week, she's in a little bit of hot water over comments she made about fame, social media and some of the iconic women who have built their career in the 'non-traditional' way.

Aniston has been doing the media rounds lately, including a recent interview with Ellen DeGeneres where she spoke about the time Friends ended, how she dealt with divorce and getting therapy. And that interview went down a treat with viewers.

But an interview that has had less of a warm and fuzzy response is her latest chat with Variety.

Watch: Jennifer Aniston speaks with Ellen on The Ellen Show for the final time. Post continues below.

Aniston was taking part in a sit-down interview with Variety as part of their classic 'Actors on Actors' segment. She was joined by fellow US actor Sebastian Stan who is most well known for his roles in Pam & Tommy, Gossip Girl and the Captain America franchise.

The duo were discussing their time in the industry and the conversation soon turned to social media and the culture of becoming famous for being famous. The story of Pamela Anderson and Tommy Lee's infamous 1995 sex tape leak was also discussed, where Aniston spoke about the changing nature of fame.

"It was right at the time when the internet really shaped so much of a new culture about people becoming famous for basically doing nothing. But yet having these incredibly careers, and then women's reputation… I mean Pam [Anderson], Paris Hilton," she said.

"I feel so lucky that we got a little taste of the industry before it became what it is today, which is just different," Aniston said, referring to social media and streaming services. 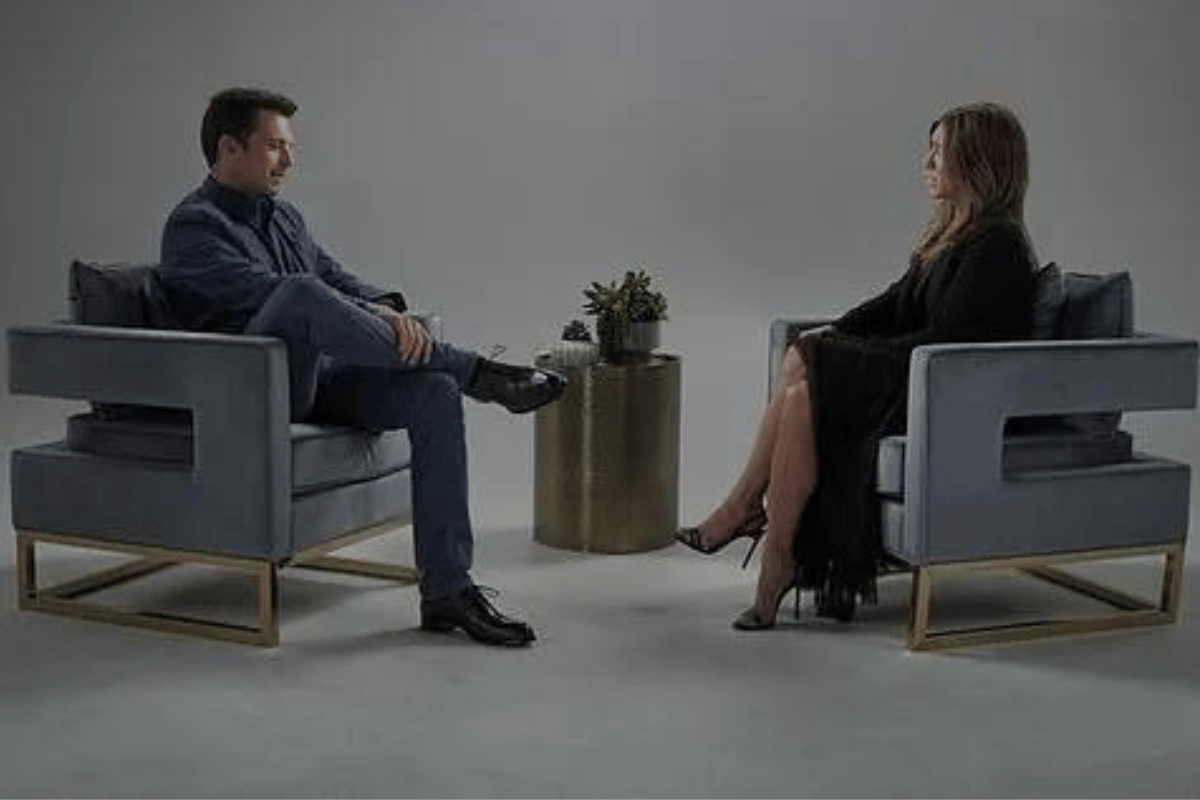 Aniston and Stan's conversation. Image: Variety. Aniston went on to say that she struggled to get her foot in the door when she first started acting.

"I'm the worst auditioner. I would walk into that room just shaking – it's a shock I got hired," she shared. "I couldn't get hired for like two years because I was my own worst enemy walking into a room."

It wasn't until the '90s that Aniston landed the iconic role of Rachel Green on the sitcom Friends which catapulted her to fame.

"I was such a grown-up by then," Aniston said in an interview with InStyle referring to the early years of her acting career. "I had moved away from home. I had been on six failed television shows. I waitressed for years in New York before I got anything. And I was a telemarketer selling time-shares in the Poconos. I didn't make one sale. I was terrible at it."

Of course once Friends was on the TV screens of almost every household, Aniston's world completely changed. As she said in her interview with Variety, the cast came together to support each other through the newfound fame. She also said she couldn't imagine going through that experience with social media in the picture too.

"We had each other because you couldn't really talk about it outside, but it was before social media so we had some sanity. I can't imagine now how young kids today are becoming famous because there's no place to escape and understand what you're going through."

She continued: "I miss it [those days]. I feel very nostalgic for the past."

Reply
Upvote
I would also argue that the advent of social media has actually resulted in an explosion of creativity.
There was a terrible time in the lates 90s which was just a lot of over-produced music made by people who had connections in the industry, and while Friends was OK, the amount of crappy sitcoms that came out was mind numbing.
Now lots of artists who survive purely on talent are actually being given a chance.
M
mamamia-user-482898552 17 days ago

Reply
Upvote
@daijobou I'm not sure I agree. There seem to be a lot of people who are spectacularly ordinary and mediocre who still make a living on social media. In a medium which anyone can use, it seems difficult to sort the wheat from so much chaff.
C
cat 18 days ago

Reply
Upvote
It's a bit rich for someone lucky enough to be 90s thin, classically beautiful and have nepotism working in their favour to critique whether someone else works hard enough for their fame.