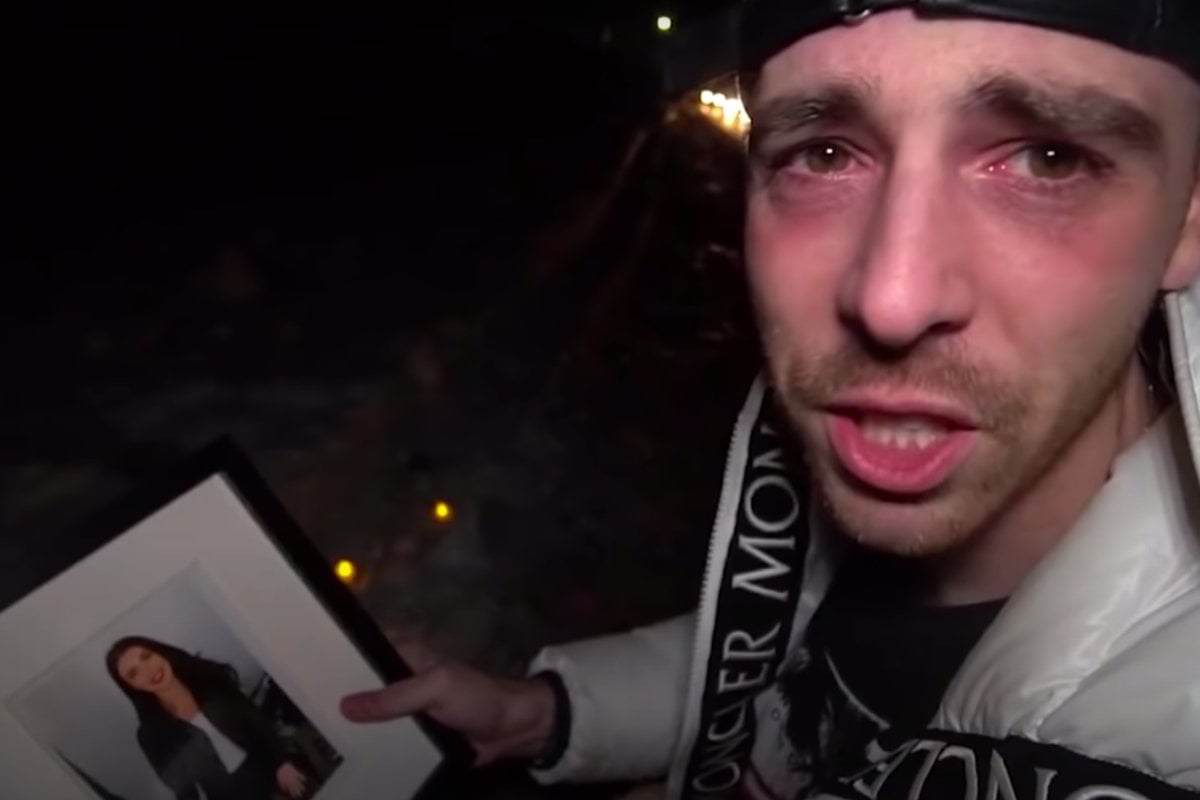 This post contains mentions of assault and may be triggering for some readers.

YouTuber Jason Ethier clearly doesn’t mind a bit of controversy. But a stunt he pulled earlier this year, where he faked his girlfriend’s death to boost subscriber numbers, crossed a line. Six months later, Ethier and his now ex-girlfriend are still feuding.

The Canadian YouTuber, better known as ImJayStation, initially became popular for his "﻿24 hour challenge" ﻿videos, where he would sneak into stadiums, malls and other closed premises and try to stay the night. Those videos got him arrested on trespassing charges in 2016.

Ethier’s next gimmick was to attempt to contact dead celebrities using ouija boards and spirit boxes. Fans of the rappers XXXTentacion and Mac Miller, who both died in 2018, were furious with what they saw as Ethier trying to profit from the men’s deaths. In the case of Miller, Ethier "asked" him about ex-girlfriend Ariana Grande, and claimed that every "like" on the video represented a prayer for the rapper. There were way more dislikes than likes, as well as people saying they wanted to punch him.

Side Note: A thank you to masks. Post continues below.

In January this year, Ethier posted a video where he was acting distraught, and dabbing with a tissue in the general direction of his eyes. He told his five million subscribers that his girlfriend Alexia Marano had been killed by a drunk driver.

Ethier then went into detail about the channel that he and Marano had created together: Dream Team.

"Her dream was just to get a million subscribers," he insisted.

He said he and Marano’s parents had agreed that he should post the videos that Marano had already made.

Ethier then shot more videos about Marano’s supposed death. In one, he visited her "memorial". In another he announced, "We’re doing the ouija board challenge on my dead girlfriend," while a message on the screen read "1 like = 1 prayer for Alexia" in a font that looked like dripping blood.

Not everyone fell for it. Another YouTuber, SomeOrdinaryGamers, rang the Toronto police to ask if anyone called Alexia Marano had "suffered any form of death". He was told there was no record of that happening.

"By the way, [Marano] was down to make these videos with me," he added.

He said Marano’s parents had threatened to go to the local news if he didn’t reveal the truth.

"I told her that her parents – it’s none of their business what we do online."

Ethier claimed he had fallen in love with Marano and had tried helping her become famous on YouTube, but she had "left me without notice and tried to ruin my life". He alleged she had accused him of assault and police had issued a warrant for his arrest.

Marano hit back with a video of her own, where she alleged Ethier had "controlled and isolated" her.

"I felt sick to my stomach from the minute he posted it," she said. "I did not want to play with anybody’s emotions. I don’t think it’s a cool stunt to do."

Soon afterwards, Ethier was arrested on charges of assault and assault with a weapon.

In February, he announced he was going to take a break from YouTube and seek "help".

"I've done a lot of stupid things for attention on YouTube," Ethier said. "I'm just really not proud of who I became. I really lost who I was as a person in pursuit of success."

He didn’t mention that his channel had been demonetised.

But Ethier didn’t disappear for long. In April, he and Marano posted a video to their joint channel where they talked about having got back into contact on Ethier’s 30th birthday.

"One of the biggest things that's been bothering me about the whole situation is just not being with Alexia," Ethier said.

They’d gone to Mexico on holidays, then isolated together back in Canada. In the video, they showed off their matching rings, but said they weren’t dating.

"I don't know what the future really holds for us – if we're gonna date, if we're just gonna stay friends," Marano said. "But, at this point, we just really wanna take it slow."

As of last month, it looks like they’re not dating and not even friends. Marano posted a video on her own channel where she said she was single, she no longer spoke to her ex, and their joint channel Dream Team was "not going to be a thing anymore".

"I decided I could not do it for my mental health," she explained.