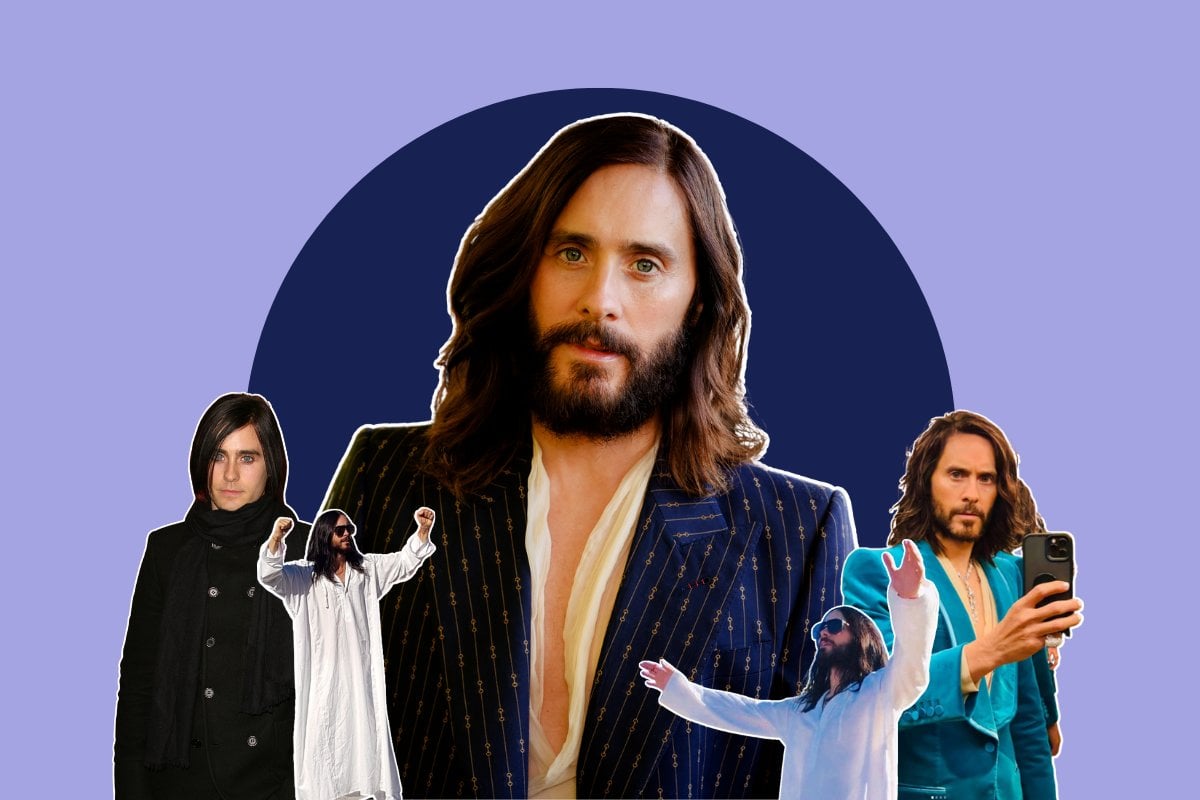 This post deals with alleged sexual assault and could be triggering for some readers.

"Yo @JaredLeto now that you've slid into the dm's of every female model aged 18-25, what would you say your success rate is?" the former child star, best known for his time on the Disney channel and his role in Big Daddy shared.

"He starts at 18 on the internet?" replied The Suicide Squad director James Gunn.

That was four years ago, six months since the beginning of Hollywood's #MeToo storm. It barely made a blip, but it was yet another thing to add to an already long list of questionable and disturbing stories surrounding actor and musician Leto.

Yo @JaredLeto now that you’ve slid into the dm’s of every female model aged 18-25, what would you say your success rate is?

Before that, there was Gunn's 2015 livestream, in which he made similar claims. And his swiftly deleted 2012 tweet, where he said he was "driving home from Vegas trading stories about what a d*ck Jared Leto is".

There was also the 2005 New York Post article, which opened with the line: "Jared Leto likes 'em young."

And the 'groupie central' message board, which reads like a dossier of allegations from teenage fans.

There were Tumblr posts with explicit detail. The method acting which involved sending used condoms to co-stars. The cult allegations. The competition his band ran where the prize was being invited to sleep in Leto's bed.

Your familiarity with Leto is probably generational: for some, he will forever be defined by his performance in Requiem for a Dream. Younger people will best recognise him for his more recent roles in major franchises like DC and Marvel. I sit smack bang in the middle: a millennial whose Leto knowledge has mostly been centred around his band Thirty Seconds to Mars, whose penchant for eyeliner and 2005 album A Beautiful Lie arrived just in time for our mid-2000s emo phase.

A post shared by THIRTY SECONDS TO MARS (@30secondstomars)

But no matter your 'in', there are correlating stories.

One of the earliest references to alleged concerning behaviour was the aforementioned 2005 New York Post article.

The article claimed Leto was "aggressively pursuing many of the teen models shacked up at the Maritime Hotel" while in town with his band. "He is constantly texting these 16- and 17-year-old girls. It's really kind of creepy," a source was quoted as saying.

In a message board from the same year, users who claimed to be as young as 15 recalled allegedly having sex with Leto, who was in his mid-30s at the time. Some alleged a lack of consent, coercion and sexual activities they did not feel comfortable with.

In 2015, the since-abandoned pop culture site Contemptor published an article titled 'Another Cosby? A Reminder That Several Women Have Accused Jared Leto Of Sexual Assault', rounding up some of their stories. A Tumblr thread from around the same time shared similar themes.

Of course, this is all just alleged. Leto has not responded to any allegations publicly, which is unsurprising because as far as we are aware, none have moved beyond the internet.

Something Leto has commented on is his 'cult'.

Early on, fans of Thirty Seconds to Mars adopted the collective name 'Echelon', after a song on the band's first album.

For years, the band leaned into the idea of the Echelon as a cult on social media, merch and music videos. Leto said it was "a joke, a response to journalists saying, 'You have such a cult following'," in a 2013 New York Times interview.

As reported by KQED, in August of that year, Leto announced an event called 'Mars Island'. For (at least) US$995 (AU$1300), fans could join Leto - dressed in white linen robes and roman sandals - at the island retreat.

In 2019, attendees had to bring their own tent and supplies for the two-night experience. The event included two concerts from the band, which were called the 'Church of Mars'.

It's not uncommon to see Leto referred to as 'prophet' or 'Jesus' within fan discussions.

Leto knows what he's doing with this messaging. The band have been known to measure and encouragement extreme fan dedication, through specifically requesting fans to get tattoos and a 2013 competition in which the prize was a night sleeping in the frontman's bed.

That same year, he shared a story on a UK radio station about a fan who sent him their severed ear.

"I poked a hole in it and wore it as a necklace," he said, later proving it to be true with a photo on Instagram.

Most of these stories are very easy to find with a simple Google search. Every few months, a new round of internet users discover them, and each time it leads to a flurry of 'expose' tweets and TikToks. It means that when Leto, an award show darling, is inevitably photographed alongside an up-and-coming or young artist, messages like "STAY AWAY FROM HER" go viral.

But none of it has had an impact on his success.

To our knowledge, no allegations have been reported to police or other authorities. When you consider the power dynamics of Leto and these accusers, that shouldn't be surprising.

In 2013, Leto purchased the rights to old modelling photos he despised and then had them wiped from the internet, according to KQED. He sent cease and desist letters to fans and journalists who had posted the photos.

Ridiculous, sure. But it speaks to Leto's litigiousness. He is very wealthy, with a team of powerful people around him. Almost everyone would struggle to compete with that, let alone teenagers in 2005.

We know Hollywood is not renowned for its moral fibre.

This is the same industry that Harvey Weinstein effectively ran for decades. But the Leto stories are brazen. They are 'out there', possibly even more than the very loud whispers about Weinstein were. And he remains booked and busy.

He had three movies out in 2021. In 2022, he plays the title character in Sony's Marvel movie Morbius.

Even if we disregard the many allegations against him - which seems to be the M.O. of those in charge of production and casting decisions - you can argue that Leto doesn't make a great choice.

His performances have become the most critically panned features of projects like Suicide Squad and House of Gucci. Morbius has a 16 per cent critical rating on Rotten Tomatoes.

Then there is the behind-the-scenes behaviour.

On the set of Suicide Squad, Leto sent his co-stars 'gifts', including rats and used condoms.

"All the actors were rehearsing, and his character is in love with Margot Robbie, she's Harley Quinn," co-star Ike Barinholtz said in an interview with Howard Stern.

"So, we're rehearsing, and this actor who plays the Joker's kind of lieutenant, walks in and he goes, 'Present for Ms. Quinn.' Hands her a box. She opens the f***ing box, and a live, giant black rat pops out. And we're like, 'What the f*** is going on? That's crazy!"

Barinholtz continued: "So like 20 minutes later, we're still rehearsing, and the actor comes back in and he goes, 'This is for the Squad from Mr. J.' And he throws a pig on the table, a dead pig, and as he puts the pig on the table, all these bullets start to come out of it." 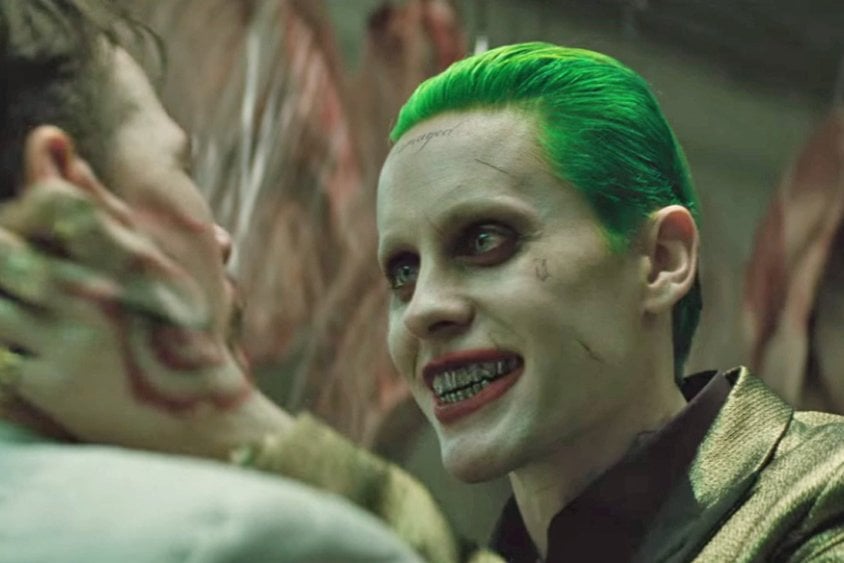 But in 2021, Leto denied ever sending such things and said anything he did send was a joke.

"I'm playing a guy called the Joker, it's okay to play some jokes. Nothing ever crossed any lines, and it's not up to other people on the internet to create those lines," he told Entertainment Weekly in 2021. "I'm an artist at the end of the day. If I do something risky and you don't like it, basically, you can kiss my ass."

The most recent story about Leto's on set antics comes from Morbius. Director Daniel Espinosa confirmed a rumour that the actor was so deep in his method acting that he refused to break character to go to the bathroom.

His character had chronic pain, which meant "he would use his crutches and slowly limp to get to the bathroom".

But, as Uproxx writer Mike Ryan explained, "it was taking so long between for pee breaks, that a deal was made with him to get him a wheelchair so someone could wheel him there quicker and he agreed to that".

This isn't necessarily 'bad behaviour' and Leto is very open about what he calls his "immersive" method acting techniques. A 45-minute pause in production whenever he needs to pee is not a great use of time (or money) on a film set, however.

If he was delivering Daniel Day-Lewis performances in every film, perhaps these stories would be more endearing. But Leto's endeavours don't lead to critical acclaimed performances. In recent years especially, the complete opposite has been true.

The consistently bad critical responses, coupled with these on set difficulties, beg the question: What is it about Leto that keeps Hollywood hiring him?

Then when you add in even the smallest context about the multiple, enduring allegations around sexual misconduct and assault, it casts a very dark shadow.

The man is now 50, and there are two decades' worth of stories following him around.

When will someone finally listen?

C
caseyleehales a month ago

Reply
Upvote
2 upvotes
I am so beyond glad to see this picked up by someone. I was a huge fan of 30 Seconds to Mars, and have been a fan of Leto for years, I was disgusted when I recently came across the decades worth of allegations and stories about his bad behaviour. I don't understand how it isn't more public.
News
General
Opinion
True Crime
Politics
Sport
Explainer
Entertainment
Celebrity
Reality TV
Movies
TV
Books
Rogue
Royal
Lifestyle
Beauty
Fashion
Weddings
Home
Wellness
Health
Fitness
Travel
Food
Parents
Before The Bump
Pregnancy
Baby
Kids
Teens
School
Parent Opinion
Work & Money
Money
Finance
Career
Lady Startup
Relationships
Sex
Dating
Separation
Friendship
Family
Real Life
Couples