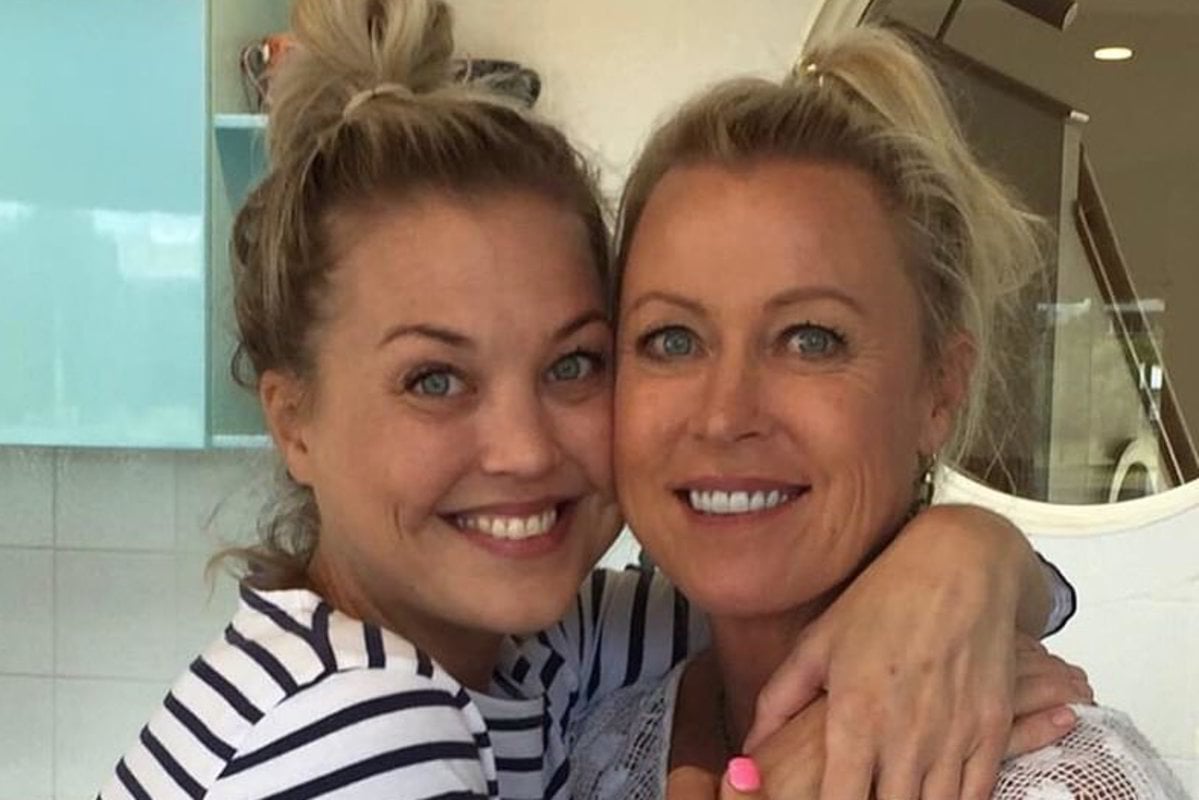 We exist in a cultural moment where there are few things we can all agree on.

But surely the ethics of taking photographs inside a young person's funeral, when the family have asked for privacy, is one of them.

Kenny, 57, released a statement confirming that Jaimi had "lost her battle with a long-term illness and passed away peacefully in hospital this morning in the company of loving family".

He said their hearts were broken and the pain was immense, before adding, "It goes without saying that this is a very difficult time for family and friends and we trust we will all be allowed to grieve in privacy".

And then on Saturday, an Australian media company made the decision to publish no less than eight images from the young woman's funeral.

While I haven't sought out those images - taken of grieving relatives without their consent - commentary on Twitter gave me a pretty clear sense of what they captured.

At least one picture is said to feature Jaimi's casket, while others show the pained expression on her mother's face.

We know the six men who carried her coffin from the small chapel, because a photograph was taken without their knowledge.

It's unclear who took the photographs. It is conceivable that a passer-by took them on a phone, before selling them, likely for decent money, to this particular publication. Otherwise, a paparazzo waited outside the funeral on purpose, injecting themselves into a scene where they didn't belong.

Restrictions in Queensland right now mean that a maximum of 100 people can attend a funeral. While people who knew Jaimi might not have been legally able to attend, someone who never met her hovered just metres from her casket. That person disregarded the blatant request by Kenny only days earlier to allow a family to grieve in private, and delivered images of people at their most vulnerable to the tabloids.

When tragedy finds its way into people's lives, there is little we on the outside can do. We cannot bring a person back from the dead. It is impossible to find the right words. The one thing any of us can do is what the aggrieved ask for. Even if that means suspending our curiosity for a moment and instead extending a modicum of respect.

Our hearts are completely broken. 💔 Our beautiful daughter Jaimi has lost her battle with a long-term illness and passed away peacefully in hospital yesterday morning with her loving family by her side. 🌸 🌸 So loved. So beautiful. So kind to everyone.... So painful. I can barely breathe. 🌸 🌸 Jaimi will forever be remembered as a caring, bright and loving soul who always put others before herself. Her love of flowers, cooking, art, decorating, photography, babies, the beach, and helping others will always be remembered. 🌸 🌸 Our hearts are broken and the pain is unbearable but we cherish every wonderful moment we got to share with our treasured and so loved first child. 🌸 🌸 We thank all the paramedics, support staff and the incredible team at the Sunshine Coast University Hospital for their tireless commitment to give us the extra time we were able to spend with Jaimi. 🌸 🌸 It goes without saying that this is a very difficult time for our family and all who knew and loved Jaimi so very much. 🌸 🌸 Rest in peace my beautiful baby. I will miss you every sunrise, I will miss you when the sun is shining and the birds are singing. I will miss you when the clouds are dark and stormy and when the rainbow appears. I will miss you when I close my eyes. I will miss you when I open my eyes. I will miss our long hugs and long chats. I will miss watching, feeling and knowing your love for your sister and brother, your little nephew, Cleo, your Ma and dad😞 I just can’t believe you’re not here anymore. I sit and just shake my head. It doesn’t seem real or right. You will forever be with me in my heart Jaimi. I love you so much. 🌸🥰 👼💕

What the media appear to be overlooking here is that Jaimi was not, and had never been, a public figure. She was the first child of two star athletes, a reality she couldn't change if she wanted to. The details of her funeral are not in the public interest. What is gained from immortalising images of a crying family? What is learned?

The counter argument is always that the pictures are taken because readers want to see them. I have no doubt the images published all over the internet are garnering significant traffic for a number of publications. But for the media to shrug our shoulders and pretend that we are automatons, simply reflecting the worst in our readers, is a lie.

﻿It negates the reality that everyday we make choices. Good ones and bad ones. And on Saturday, a bad choice was made by someone who considered the ethics. And then considered the numbers. And chose the numbers. "But you clicked" is the excuse borrowed by the lazy journalist, pretending that the size of their platform doesn't also come with significant responsibility.

News cameras do not belong at a person's funeral when the family has explicitly asked for privacy.

And when Kenny requested privacy, it is known he was also referring to Jaimi's cause of death.

The family have not commented on how she died, except to say she struggled with a "long-term illness". It is clear, at least at this stage, that they do not want the public to know.

Thank you so much for the outpouring of love and strength we are receiving. There are so many messages from so many people and it’s difficult to get back to all of you but in time we’ll try. Sadly, I know that we are not the only parents who have lost a child... so to all the parents who have lost a child, and to those who will, today, tomorrow.... somehow i guess we get through it. The grief is immense and we are allowing it to take its course. 😞💔 If I can ask you to do something from Jaimi... right now, go and give your children the biggest hug and tell them how much you love them, and do that everyday because you’ll never know if it’s the last day... 😞 Our beautiful Jaimi🌸Resting peacefully now🌸

The trawling through social media responses to the family's announcements, calls to hospitals on the Sunshine Coast and speculation about particular tributes by media publications goes against these simple wishes.

What we know, is that on Monday of last week, a 33-year-old woman died in hospital.

Her friends and family are in mourning, and this will likely be one of the worst weeks of their lives.

In the depths of grief, the few words they've been able to communicate to the public are a request for privacy.

Cameras did not belong at her funeral.

Surely we can all agree on that.

Mamamia does not, and will never, publish paparazzi photos. We do not support the paparazzi economy.

B
bronte 2 years ago

Reply
Upvote
It is totally discusting that someone would take these photos.  I was at the funeral and I spotted a man dressed  in all black hiding in the bushes. How can people sleep at night?  Let the family grieve in privacy.
M
mum12 2 years ago

Reply
Upvote
1 upvotes
Pre internet death notices in the paper were the way a family could share the loss of a loved one and the details of the funeral. Today a social media post can convey the same message instantly and be analysed re shared and commented upon. Unfortunately (and not accepting this as ok) it means a private moment can quickly become an unfiltered public moment that people feel the need to comment or be curious about only further fuelling the news cycle. I do believe your article raises an interesting point not easily solved -how do we encourage society collectively to be more ethical, empathetic and understanding that just because something is shared on social media rather than a notice in the paper that it makes it ok to intrude on a deeply life altering moment. No easy answer just articles like these that will hopefully jolt people back to a better sense of reality.
News
General
Opinion
True Crime
Politics
Sport
Explainer
Entertainment
Celebrity
Reality TV
Movies
TV
Books
Rogue
Royal
Lifestyle
Beauty
Fashion
Weddings
Home
Wellness
Health
Fitness
Travel
Food
Parents
Before The Bump
Pregnancy
Baby
Kids
Teens
School
Parent Opinion
Work & Money
Money
Finance
Career
Lady Startup
Relationships
Sex
Dating
Separation
Friendship
Family
Real Life
Couples