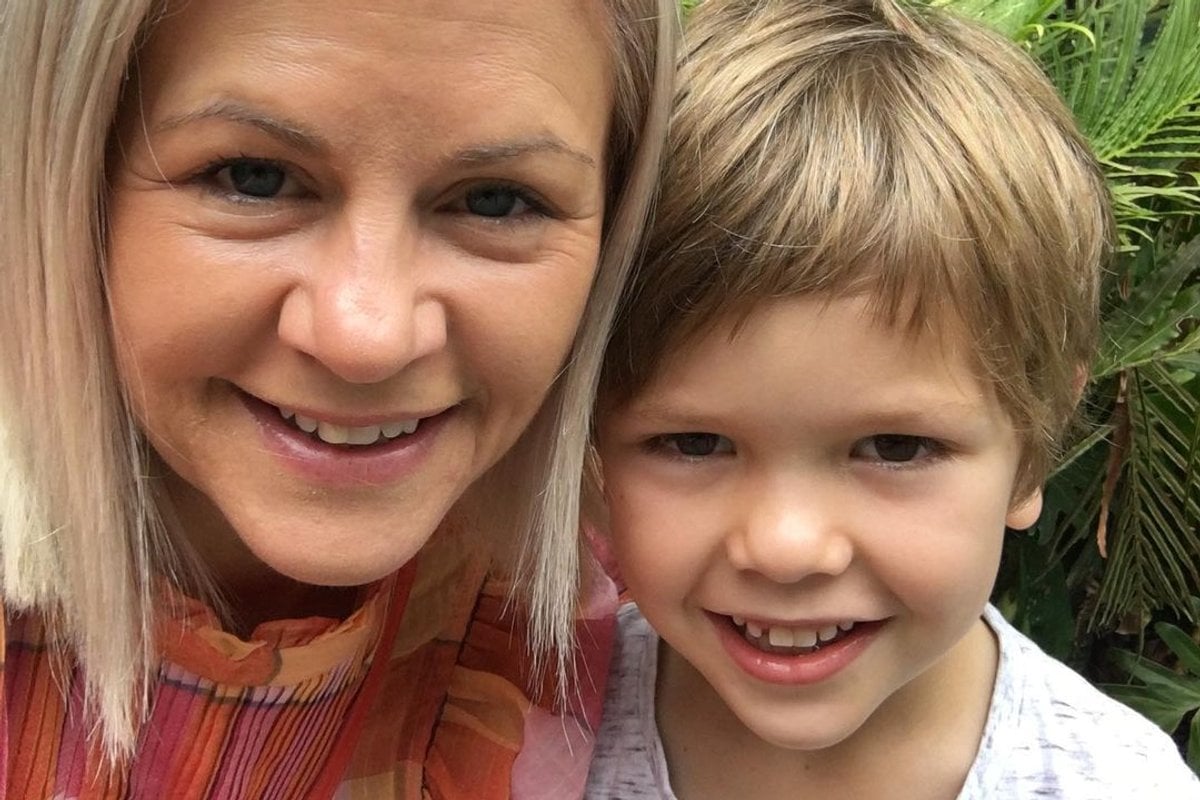 Many years ago, what almost feels like an alternative existence, amid the injections, the scans and the slippery slope that was IVF, I was sitting at the traffic lights watching a pregnant lady waiting to cross the road.

I was mesmerised by how she looked, the way she intuitively rubbed her belly. She stood there and as far as I was concerned, her life was perfect. I wanted to be her, but I hated her.

You see, she was pregnant and beautiful and in that moment I felt ugly and infertile.

Watch the trailer for Mamamia's podcast about assisted fertility, Get Me Pregnant. Post continues below.

Days later, I overheard two other women, one of whom was also pregnant, talking.

The pregnant lady was despairing at the size of her ankles and the weakness of her bladder. She was happily complaining, but in my mind she was being ungrateful.

I was never going to complain about being pregnant.

I was never going to complain about motherhood.

I once said to a girlfriend that I would do anything to be so sleep deprived because of a teething baby.

I would be out shopping and I would watch mothers with young children, and I would see the frustration in their eyes and sense the exhaustion in their bones and I would judge them and resent them for not looking like they were enjoying every moment, cherishing every minute. Did they not know how lucky there were?

I thought I would be the perfect mother and I would never, not once, lament about motherhood.

So, yeah, I was shortsighted and ill-advised.

The likelihood of a successful IVF pregnancy for over 40s is about 8 per cent. This means my pregnancy and my status as a mother is a miracle. Essentially, I had a 92 per cent chance of not ever becoming a mother.

This statistic means that I don’t feel entitled to complain, and when I do, the feeling of guilt is immense. The answer is to not complain but to keep it all inside my messy head and to remain silent.

Motherhood is a gift, beautiful and rewarding, and we should all be grateful. I should be grateful.

But the naked truth is that sometimes motherhood is not remotely close to being rewarding and beautiful. It is demanding and hard and boring and how dare I complain?

There's a big disconnect between my expectations and my reality.

I couldn't imagine having a reason to. Nothing about motherhood was going to faze me. I’d endured years of IVF; how hard could being a mother really be?

Nowadays I feel a crazy and profound combination of remorse and humility when I don’t always love the experience of motherhood.

Thoughts and feelings that I vowed I would never think or feel make me feel undeserving.

How can I complain about the very thing I wanted so very badly? I’m not sure if this is a normal parenting thing that most parents feel or if it is even more heightened because of my IVF.

When you spend so much time and emotion trying to get pregnant, there is so absolutely no time reflecting on all the things you might have to face if and when you become a parent.

I had such an unrealistic view of what I thought parenting would be like and what kind of mother I would be.

Eight years on and I’m so imperfect.

In reality, I sometimes feel that my deficiencies as a mother are so glaringly obvious that all I can do is hope that I am not entirely screwing it up.

Reflecting on the early years, that incessant and exhausting toddler phase, I recall an incident when my son Charlie flipped his lid because of the colour of his Vegemite.

He wanted Vegemite alright, he just wanted it a different colour, and no amount of distracting or reasoning was going to placate the little firecracker.

Did I think 10 years ago I would be negotiating with a small child who was incensed because his Vegemite was too brown? And did I think that this would make me think, 'Where the hell did my life go?'

That I don’t always enjoy motherhood does not mean I am not worthy to be a mother.

I do love being a mother, I just don’t always like it. What I love about it is everything that matters, and what I don’t like about it will never come close to being associated with the depth of love I have for my child.

He is funny and kind-hearted, clever and spirited. He is the best person I know and my best work, and he is everything I ever wanted.

This is an edited version of a post that appeared on the blog Champagne Days, and has been republished with full permission.

reallife a month ago